Samsung Galaxy A71 gets One UI 3.1 update along with Android 11 via OTA

On February 18, Samsung announced its plan to bring the One UI 3.1 update for several Galaxy devices. At the same time, the Galaxy S20, Note 20, Galaxy Z Fold 2, and the Galaxy Z Flip have started getting the latest One UI 3.1 features over the air. Further, the company also delivered this update to the Galaxy Note 10 and Galaxy S10 models.

Now, as per the latest info, the Galaxy A71 4G begun receiving its first major Android update that is the Android 11. However, the 5G variant of the A71 has already updated to the Android 11-based One UI 3.0 version around earlier last month. Meanwhile, the Korean tech giant has decided to directly provide the One UI 3.1 update for the Galaxy A71 4G.

Along with the One UI 3.1, users are also getting all the bells and whistles of the Android 11. Nowadays, everyone is familiar with the features of this version of Android OS that includes conversation bubbles, better privacy controls, one-time permission for apps, built-in screen recording, notification history, major system optimizations, and more.

On the other hand, the One UI 3 comes with a totally modified user experience. Also, the system function like lock screen, app drawer, settings menu, etc. are revamped with this version. For security enhancements, this FOTA also installs the newer One UI patches released in February 2021.

With the One UI 3.1, the Galaxy A71 4G users are getting several exciting and new features such as Nearby Share, double-tap to sleep, Samsung Free, ability to extend it to your desktop PC using Samsung’s Wireless DeX, Buds Auto Switch to seamlessly switch between your Galaxy phone and tablet running on One UI 3.1, and more. [One UI 3.1 Changelog] 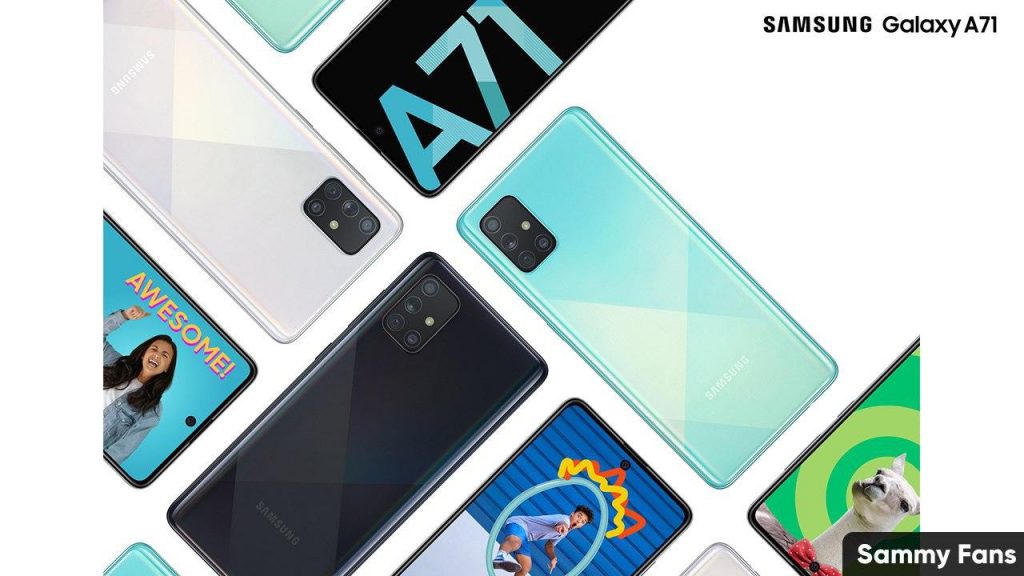