After the cancellation of the Galaxy Note phones this year, every Samsung fan is eying on the next generation foldable offerings from Samsung. Reports revealed that the Galaxy Z Fold 3 and Galaxy Z Flip 3 will be unveiled on August 3, while the shipments will begin from August 28.

Recently, South Korean media outlet Dailian report said that the company has started shipping the new Galaxy Z Fold and Z Flip models to local carriers including KT, LG U+, and SK Telecom for network compatibility testing. Now, the upcoming foldable device got approval from yet another country’s authority.

According to the info, the Galaxy Z Fold 3 has been verified from the TKDN certification in Indonesia. The document mentions model number – SM-F926B, which hints at the company is rapidly gaining certification for this device from different countries ahead of its official launch. 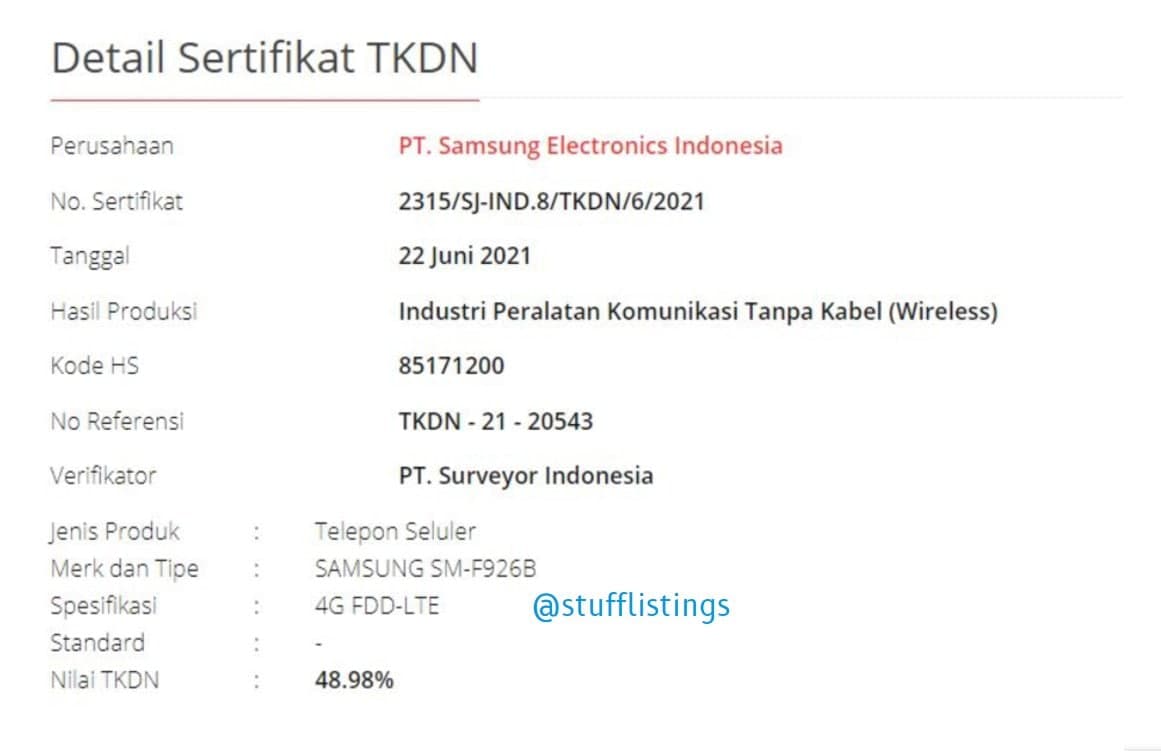 Aside from this, a recent report suggested that the Galaxy Z Fold 3 and Galaxy Z Flip 3 will cost lesser than their predecessors as Samsung ordered around 60000 units per day and aimed to ship more than 7 million units of the new folding screen smartphone this year.

On the other hand, the Galaxy Z Fold 3 tipped to be powered by Snapdragon 888 Pro chipset, features IP rating for splash resistance, a triple-camera system supplied by Sony, and so on. It’s worth mentioning that the company has begun the mass production of Galaxy Z Fold 3 and Flip 3.

Stay tuned for further development on this story!