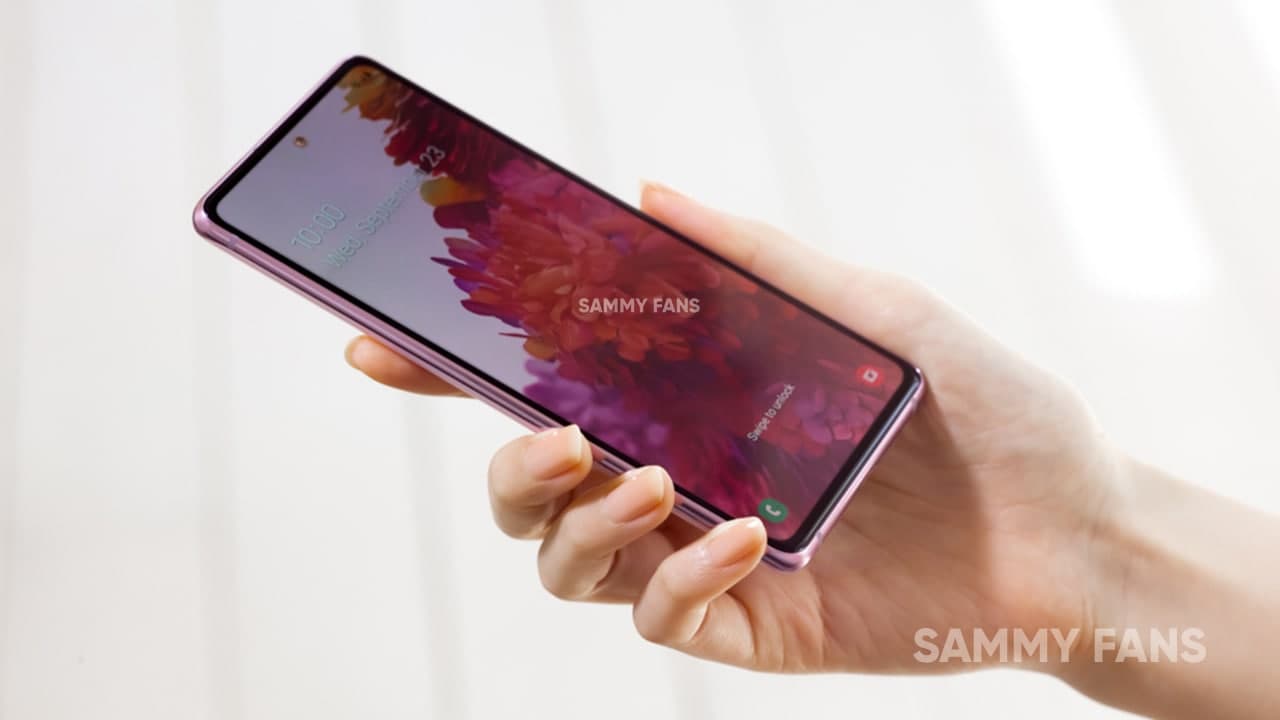 Samsung has already started the Android 11 based One UI 3.0 public beta program in several eligible countries including the U.S., South Korea, India, Germany, Poland, and UK. The Galaxy S20 and Note 20 series smartphone owners are testing this One UI 3.0 and moving towards the release of the stable release.

It looks like the South Korean tech giant is also working on One UI 3.0 to launch for the second-gen foldable smartphone, Galaxy Z Fold 2, and also for the recently launched Galaxy S20 FE.

A reliable source claimed that Samsung has already started the Android 11 development for the Galaxy Z Fold 2 with the testing software version F916USQU1CTJ5. And the affordable smartphone, Galaxy S20 FE is also testing with firmware version G781USQU1CTJ9.

Previous reports reveal that Samsung One UI 3.0 stable version will start rolling out from November 2020 for the eligible Galaxy smartphone users who are currently running on Android 10 based One UI 2.5.

Home Screen appears the same but when you open the App Drawer and Recent Apps, the new transparent background will also be found here and more visible. The background of the Quick Settings panel has a semi-transparent blurred background, which increases the overall viewing experience and better highlights the quick setting buttons.

In the notification panel, notifications are grouped to make them easier for you to read at glance. UI of the unlock method such as PIN UI also comes with a dialer with round backgrounds that look very good. The Always-on Display is also improved with One UI 3.0 and now offers better AOD features. One UI 3.0 allows you to set how notifications will show as they arrive.

Fold2 Android 11 is in development! I’m super hyped for this one.

Samsung is now rolling out fifth One UI 3.0 beta for the Galaxy S20 series in Germany

[Update: All receiving] Samsung will roll out Android 12 One UI 4.0 to these Galaxy S, Note, Z, A and Tab devices 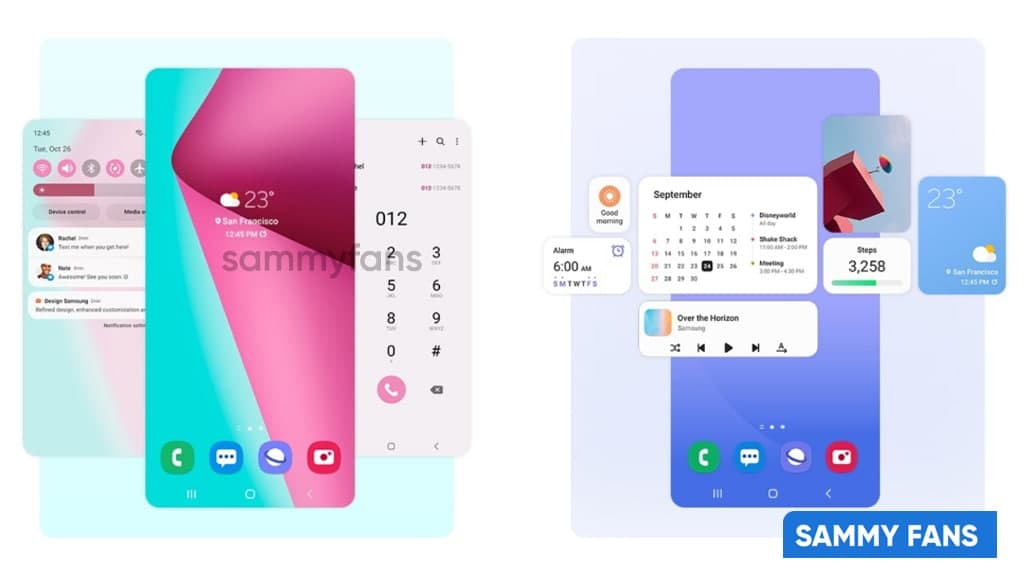 The One UI 4.0 is Samsung’s fourth major generation of its Android OS-based custom software skin. Months after Beta testing activity, the company announced the stable One UI 4.0 based on Android 12 for several Galaxy devices on November 15.

Following the announcement, Samsung swiftly released the One UI 4.0 update to the Galaxy S21 series phones including the Galaxy S21, Galaxy S21+, and Galaxy S21 Ultra. At the same time, the company confirmed that older flagship Galaxy devices will also get this major s/w on a later date.

Below, you can check the list of Samsung Galaxy S, Galaxy Note, Galaxy Z, Galaxy A and Galaxy Tab devices that are officially confirmed to receive the Android 12-based One UI 4.0 update.

In case your Galaxy device is not mentioned in the list above, head to our Samsung One UI 4.0 Eligible Device List page. 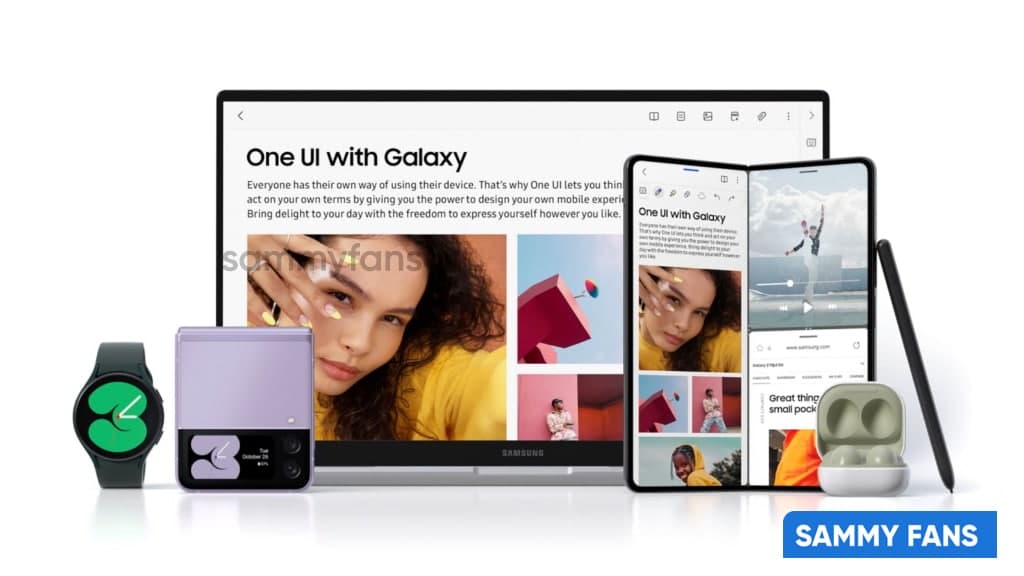 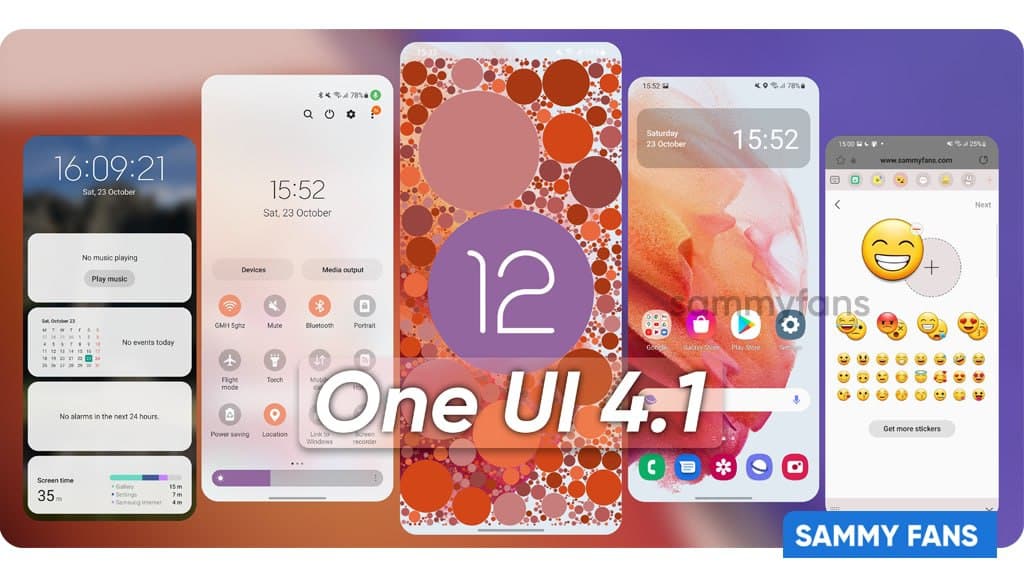 Samsung introduced the official version of Android 12 based One UI 4.0 software system on November 15, 2021. At the same time, the company has started to release this major update to the Galaxy S21 series. Well, here, we are talking about eligible devices and release date of the next One UI version that will be the One UI 4.1.

If the history is any indication, Samsung will introduce the next Galaxy flagship phones with a new One UI software system that should be the One UI 4.1. Just like the One UI 4.0, the expected One UI 4.1 version will be based on the Android 12 OS, however, it will have additional improvements.

The Galaxy S22 series will come pre-installed with the latest Android 12-based One UI 4.1 operating system, however, the company will expand the availability of this new One UI iteration to more Galaxy devices in next few weeks after the official launch.

Note: Samsung has not yet confirmed the Galaxy S22 series and One UI 4.1 so far. We took previous rollouts as the base to compile this expected One UI 4.1 device list. Read more here

Similarly, One UI 4.1 could add some polish to One UI 4.0 once it debuts with the Galaxy S22 series in February. We’re hoping for things like better virtual RAM management, better wallpaper-based color theme integration with Google apps, and more.

As the One UI 4.1 will be a minor upgraded version over the One UI 4.0, which will be introduced along with the Galaxy S22 series. However, there’s no authentic information available regarding the One UI 4.1 features but it could introduce:

Some of the One UI 4.1 features leaked

On January 20, Samsung officially confirmed that the Galaxy S22 series flagship will be launched in February 2022. Therefore, the One UI 4.1 will surely be introduced alongside the upcoming smartphones. Source

It looks like T-Mobile is working on the One UI 4.1 update development on the Galaxy S21 Ultra smartphone, as per the new One UI test build detected by Checkfirm.

Tipster TheGalox claimed that the One UI 4.1 update will introduce several new features to the Galaxy devices upgraded to Android 12 and One UI version 4.0. Also, it’s said that the 4.1 build will feature improved animations and overall software performance.

It looks like Samsung is preparing to introduce the upgraded variant of the One UI 4.0 – One UI 4.1 very soon. While exploring more and more about the One UI 4.1, senior member of our team spotted that Samsung has updated the Title of the official One UI 4 page to One UI 4.1. 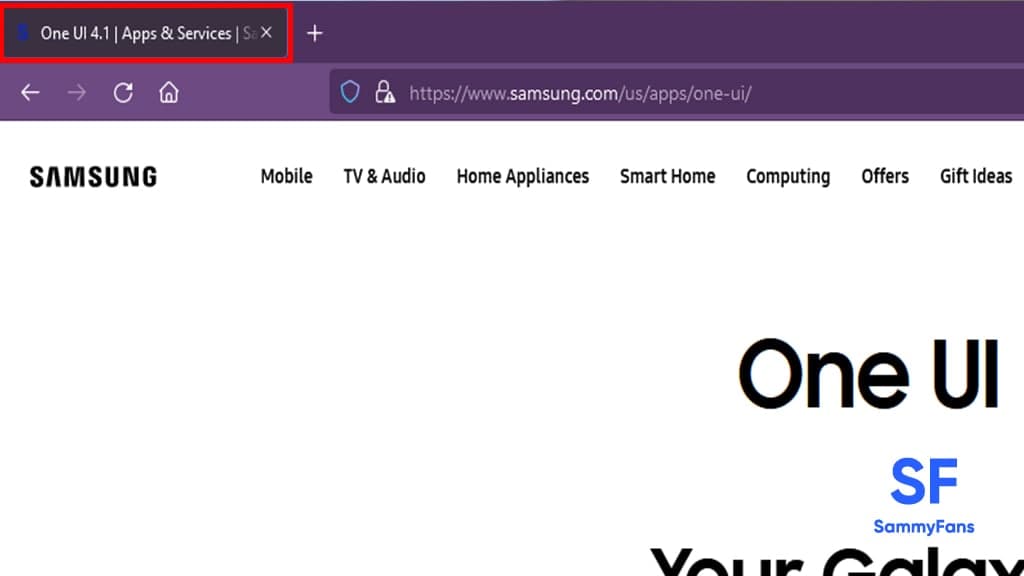 A Samsung rep. informed a consumer that the “Galaxy S21 Ultra product One UI 4.1 software has February 2022 release date.

Currently, Galaxy S21, Note 20 series One UI 4.1 update is in progress, and we ask for your kind understanding as it is difficult to guide One UI 4.1 progress and schedule.” 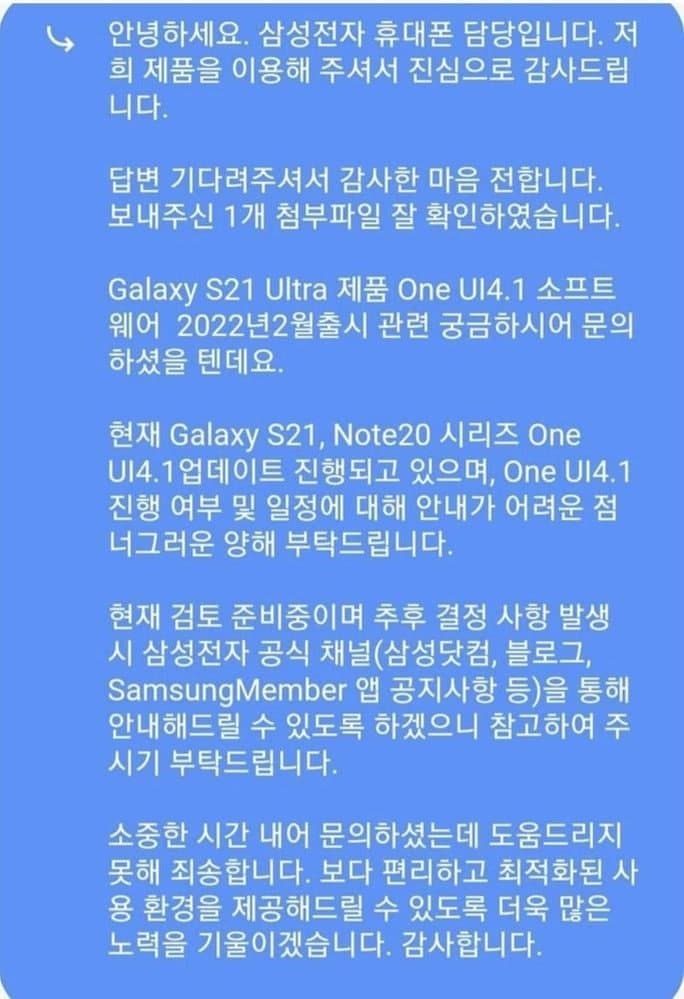 Tipster TheGalox claimed that the One UI 4.1, based on Android 12, will bring major camera improvements alongside added features for S Pen. At the same time, the upcoming One UI software is said to introduce a better and refined user experience.

Samsung Galaxy S22 to launch on February 18, pre-orders from 8th 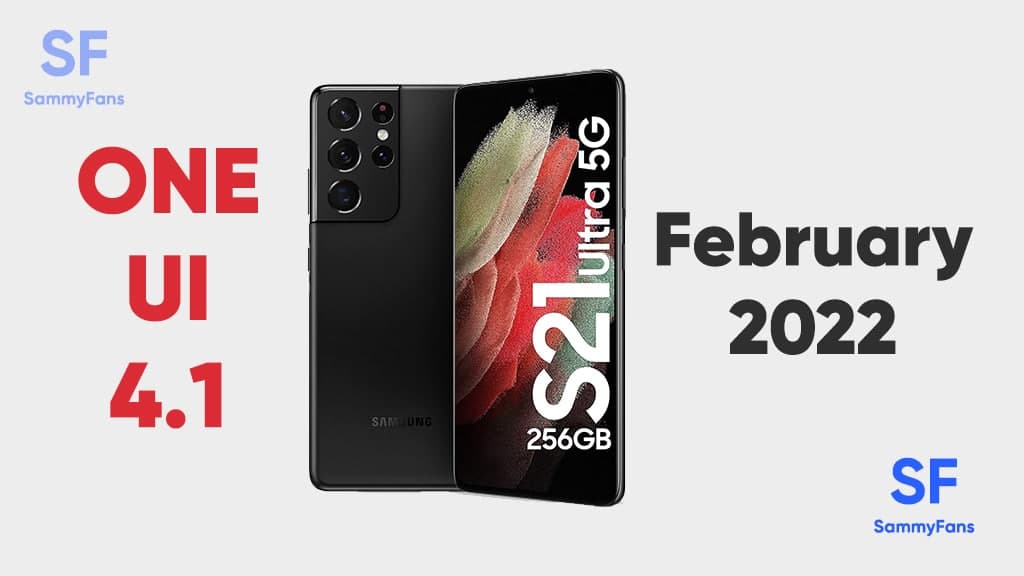 One UI 4.1 coming in February

Yesterday, Samsung officially confirmed that the Galaxy S22 series will be introduced at the Galaxy Unpacked 2022 in February.

Along with the Galaxy S22 series, the company will also launch the new version of One UI that will be the One UI 4.1.

One UI 4.1 coming next month

According to the news, Samsung won’t release any new One UI 4 Beta update for the Galaxy S21 series phones. On the other hand, the company confirmed that it’s rapidly working to fix all the bugs and issues of the fourth Beta build and start the rollout of stable One UI 4.0 update globally. Read more

Samsung Galaxy S21 gets the second One UI 4 Beta update in China with Android 12 Material You. Read more