If you are using a Galaxy Note 20 series device in the country and want to participate in the One UI 3.0 beta testing. You can register via the Samsung Members app on your Galaxy Note 20 and Note 20 Ultra flagship.

Just recently, the South Korean tech giant started the Android 11 based One UI 3.0 beta program for the Galaxy Note 20 series in South Korea.

In addition to South Korea and India, the One UI 3.0 public beta for Galaxy Note 20 series will soon be available in the US, Germany, Poland, China, and the UK. Furthermore, Samsung is also planning to expand the One UI 3.0 for older flagships such as Galaxy Note 10 and S10 series soon.

Samsung has already started the beta program in the US, Korea, Germany, and India for the Galaxy S20 series. To read everything about the Samsung One UI 3.0 – check here. 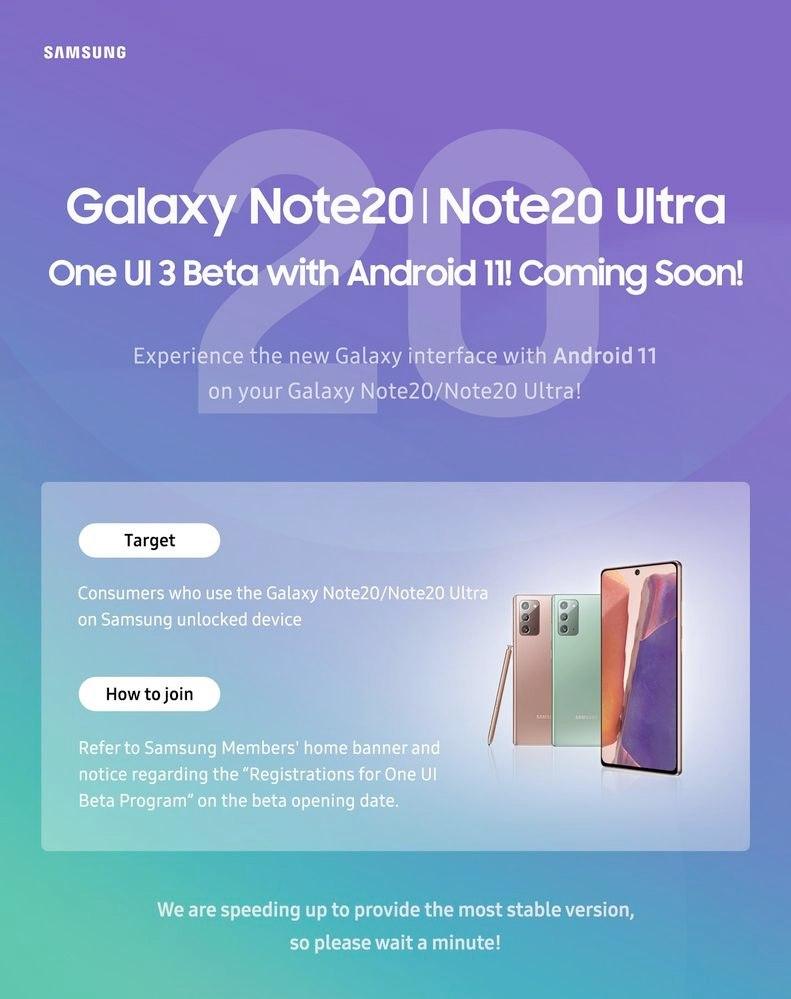