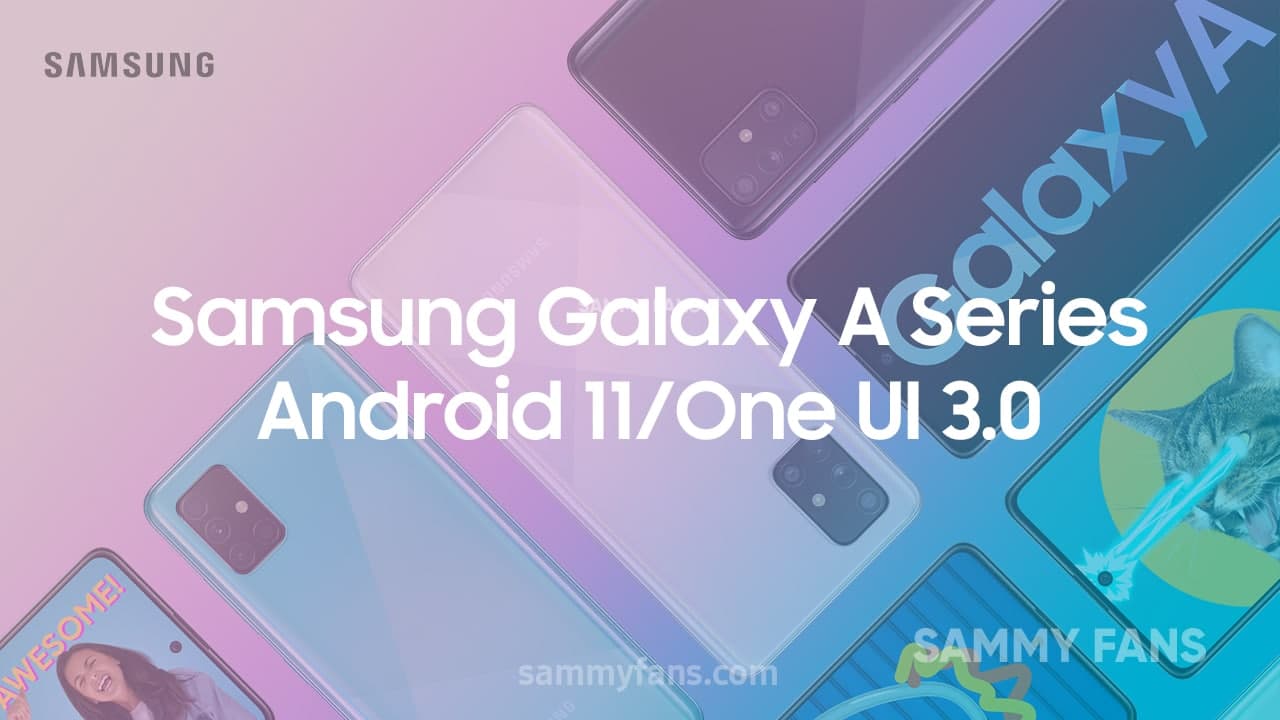 
Earlier today, Samsung has released the official roadmap of the upcoming version of One UI, One UI 3.0 which is based on Android 11 for various Galaxy devices. The schedule of the One UI 3.0 informs the rollout timing for each eligible Galaxy smartphone.

Following the announcements of Google’s Android 11, Samsung has also started the development of Android 11 for its numerous Galaxy devices. Later on, the company has started the One UI 3.0/Android 11 beta testing program for the Galaxy S20, and Note 20 series smartphones.

As per the tradition, Samsung only opens beta testing for its flagship devices while the mid-range and budget devices get major upgrades after the completion of the rollout for the premium smartphones.

However, Samsung’s Galaxy A lineup consists of a large number of smartphones including some phones with high-end pricing while some are budget. Meanwhile, millions of users who purchased the Galaxy A-series smartphones are inquiring to know when will the Android 11/One UI 3.0 upgrade hit their smartphones. You can check the eligible devices and their update schedule below.

Well, the Galaxy S20 series smartphones will become the first to get the One UI 3.0 update then it will expand to the Galaxy Note 20 series and other flagships. While the Galaxy A-series models will start getting the One UI 3.0 version from March 2021. Later in the first quarter of 2021, this update will be released for several mid-range and budget smartphones.

Eligible Galaxy A-series units that are listed in the official roadmap of Samsung.

CHECK THE SCHEDULE OF ANDROID11/ONE UI 3.0 FOR GALAXY M-SERIES DEVICES