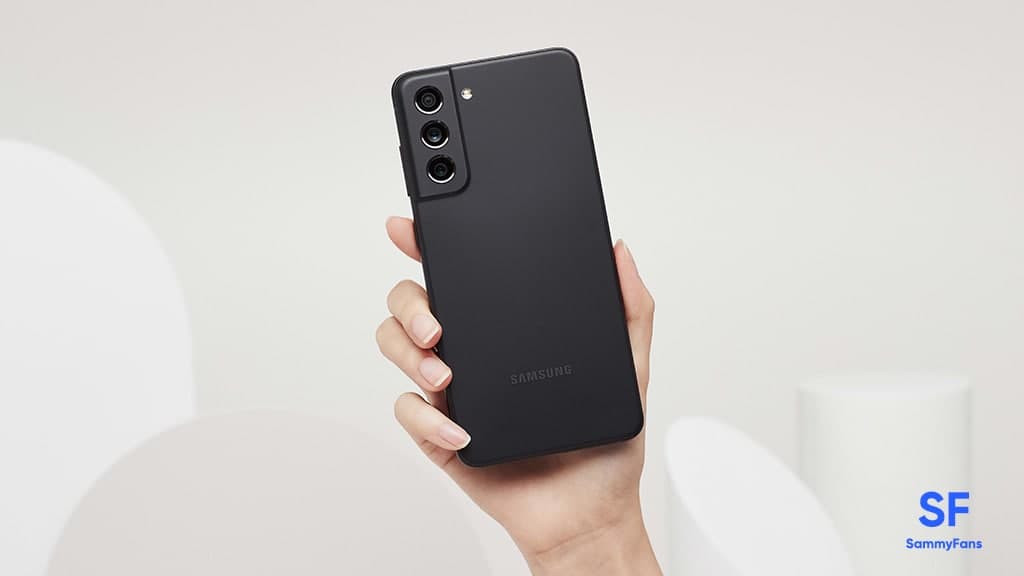 Samsung launched the Galaxy S21 FE earlier in January. Unlike its predecessor which has two variants – 4G and 5G, this device came only with 5G connectivity. Last week, a rumor surfed online that claimed that the company is planning for Galaxy S21 FE 4G.

But no, there will not be any Galaxy S21 FE 4G. Google confirms that Samsung still has plans for the new Galaxy S21 FE but other than the 4G, this device will also come with 5G connectivity.

While considering the rumor that the upcoming device will feature a Snapdragon 720G chipset instead of the Snapdragon 888 or Exynos 2100, it looks like the company is entering the mid-range segment with its S-series, without losing its 5G connectivity.

Besides these, the forthcoming phone could feature a 6.4-inch FHD+ display. It might have three cameras including two 12MP cameras and an 8MP. On the front, there will be a 32MP camera for selfies and video calls. Also, the device could come with 8GB of RAM and 256GB of internal storage.

Samsung Galaxy S23 to bring upgraded front camera, but not too much! 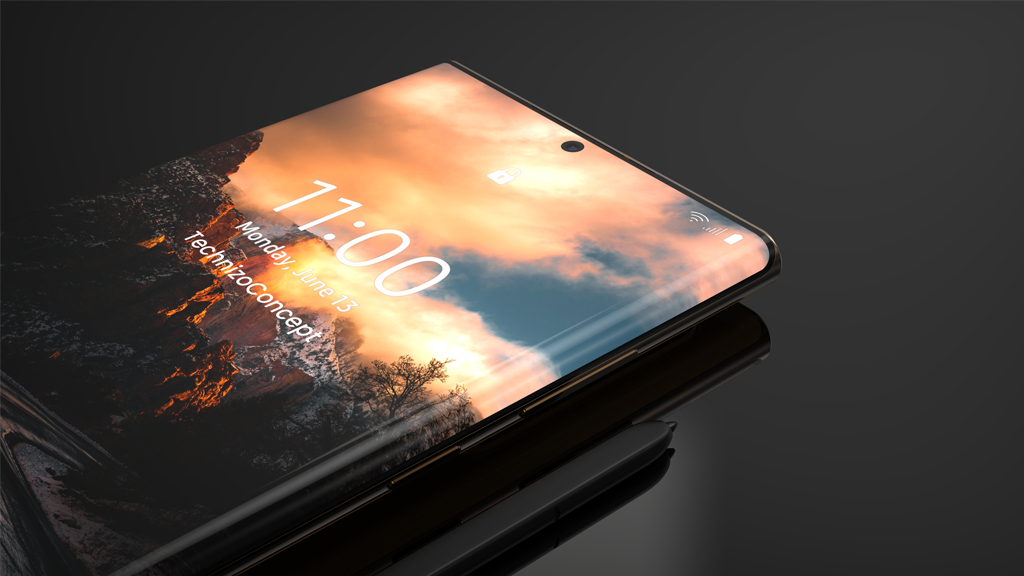 This year, Samsung launched the noteworthy Galaxy S22 series smartphones with most of the latest and advanced features. On the other hand, the Galaxy S22 Ultra combines the unrivaled power of the Note series and the iconic S-Pen with the pro-grade camera and performance of the S series to set the new standard for premium smartphones.

Meanwhile, people are already excited about the 2023’s Samsung Galaxy S23 series that will arrive with further improvements and new technologies. Now, according to the latest report (GalaxyClub), Samsung may again use the 10MP telephoto camera in its upcoming Galaxy S23/S23+ smartphones, similar to the Galaxy S22.

However, we can take this information as a pinch of salt as the official information is yet to be released. We are still waiting for the details of the primary and ultrawide sensors that S23 series phones will use.

Recently, an emerging concept creator Technizo Concept has shared the renders of this upcoming phone in an Orange color that looks great.

The images also show that the Galaxy S23 Ultra is upgraded in two important aspects, such as the display and camera. Well, the device still has a punch hole for the selfie camera, however, with noticeable curves on the edges.

The creator has very well arranged the cameras. Four cameras along with a flashlight are showcased on the module. The module also reveals a 200MP camera, which is the company’s own ISOCELL image sensor launched in 2021. Read more

There’s no official information available regarding the design language of the Galaxy S23 Ultra, however, the concept shows off how Samsung can improve the design of its next flagship. According to the video, the Galaxy S23 Ultra phone features major upgrades in terms of two important aspects i.e. display and camera. Read more

This technology offers significant advantages over existing file systems, including space-saving compression and speed. It will direct to potentially faster update downloads and a little less storage space lost to the system. Read more

According to the latest info, the company has started developing a 200MP camera and it will be used in Galaxy S23 series.

However, it is not yet known whether the Korean smartphone giant has made a final decision about loading the Galaxy S23 Ultra with a 200-megapixel camera. While the highest number of pixels on a Samsung smartphone at 108 million is the Galaxy S22 Ultra camera.

An emerging concept innovator HoiINDI has created the 3D design of the upcoming smartphone in the form of video. Besides Green, the renders revealed two more pleasant color options including Black and Pink. All three color variants look amazing in their 360-degree look.

Samsung is working on the ISOCELL HP3 which is a 200MP camera sensor, It could come in the upcoming Galaxy S23 series of smartphones. It could also be used in this year’s foldable Galaxy Z Flip 4 or the Galaxy Z Fold 4.

This ISOCELL camera sensor takes 8K videos at 30 frames per second. Merging the pixels eliminates the need to crop or scale down the image resolution, and this seems truly advantageous. Read more

Samsung Galaxy S23 Ultra concept has again appeared, with a more futuristic approach than this year’s Galaxy S22 Ultra. The device seems too slim and yes, the no module camera design with the Note + S combination is making a comeback.

The image showcases the device in a Green color that looks stunning with the rearranged camera system. There are four cameras which are arranged in 2+2 format. The primary camera and wide-angle lens are placed vertically while the two telephoto sensors are placed exactly parallel.

Created by a concept maker, the Galaxy S23 Ultra concept shows the possible design of the top model of the next Samsung S series flagship. While there’s no confirmed information about the 200MP camera installation, we can find it in the concept video.

The Galaxy S23 Ultra might feature a rearranged camera system in a 2+2 form factor. While the primary and wide-angle camera sensors are placed vertically, the device has the rest two Telephoto lenses parallelly away, while one lens is installed alongside the LED flash circle. Read more

Recently, there were rumors that Samsung is planning a MediaTek chipset for Galaxy S23 series. But a tipster claims that it’s not true.

Samsung has no plans to use the MediaTek Dimensity chipset in the forthcoming Galaxy S23 series smartphone. It will continue to use an Exynos or Snapdragon chipset depending on the region. Read More

In a recent development, a report appeared online to claim that Galaxy S23 is codenamed “Project Diamond”.

Previously, a leak revealed that Samsung is working on three foldable, probably rollable smartphones that are codenamed “Project Diamond”. However, it seems doubtful as Samsung hasn’t made any announcement about the rollable phone.

On the other hand, the “Project Diamond” is a real thing and it has nothing to do with a rollable phone. Rather, it’s the internal codename for Samsung Galaxy S23.

We hear Samsung’s Project Diamond is the S23…Doesn’t look like a 3rd foldable device this year. But now we know what S23 is called internally…

A renowned content creator HoiINDI has created renders of the Galaxy S23 Ultra to create more excitement among the Galaxy fans.

However, the form factor of the Galaxy S23 Ultra concept is very similar to the Galaxy S22 Ultra, including sharp corners and a curved edge display. With the overall design language displays, Samsung will next offer an even more beautiful combination of the Galaxy S + Galaxy Note. 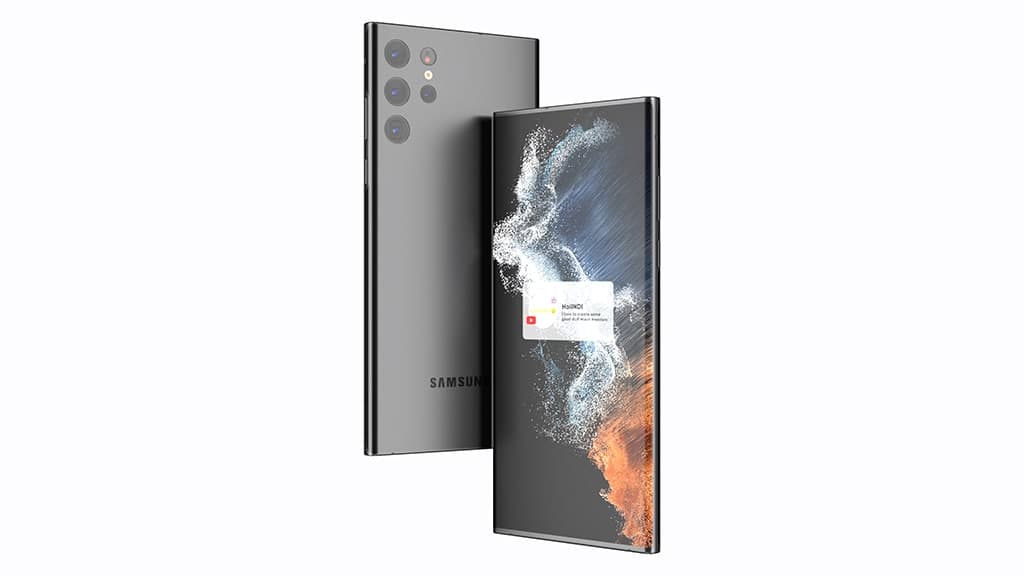 More interestingly, HoiINDI showcases the 2023’s Ultra with an under-display camera. This ultimately suggests that Samsung is finally ready to bring the new technology to the market.

Well, these are just early-stage leaks of the Galaxy S23 and we may have to wait for a little longer to reach any conclusion. This is a dedicated tracker for Samsung Galaxy S23 leaks and rumors, and I’ll be bringing every small and big detail about the smartphones here. So stay tuned. 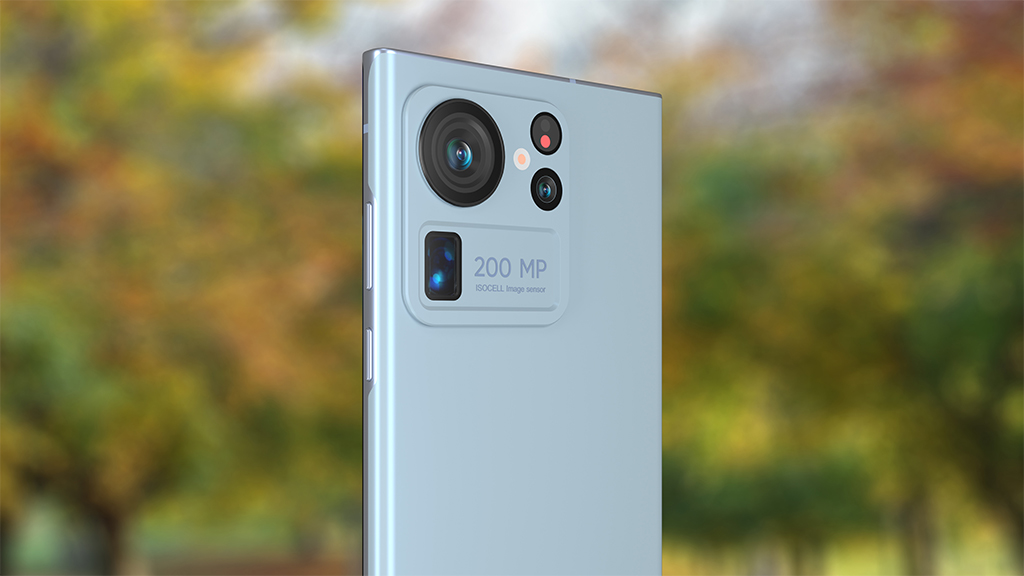 Just a few days back, it was reported that Samsung may upgrade the front camera resolution of the Galaxy S23 and S23 Plus next year. Meanwhile, a user’s Naver blog post suggests that supply chain sources are sure that Samsung won’t use 200MP HP3 and the UDC (under-display camera) tech in the Galaxy S23 series.

Other than this, the user didn’t mention why the Galaxy S23 series won’t support the under-display camera and what’s the reason Samsung is hesitant to adopt this technology. The Galaxy Z Fold 3 was the first UDC phone released by Samsung but the quality of this camera is quite cheap.

That is why the mass production of under-screen cameras will be a very risky move for Samsung at the moment as the shipments of the new generation Galaxy S23 may be greatly affected. Well, we hope the under-display camera tech will be adopted by Samsung as well as soon as it matures. 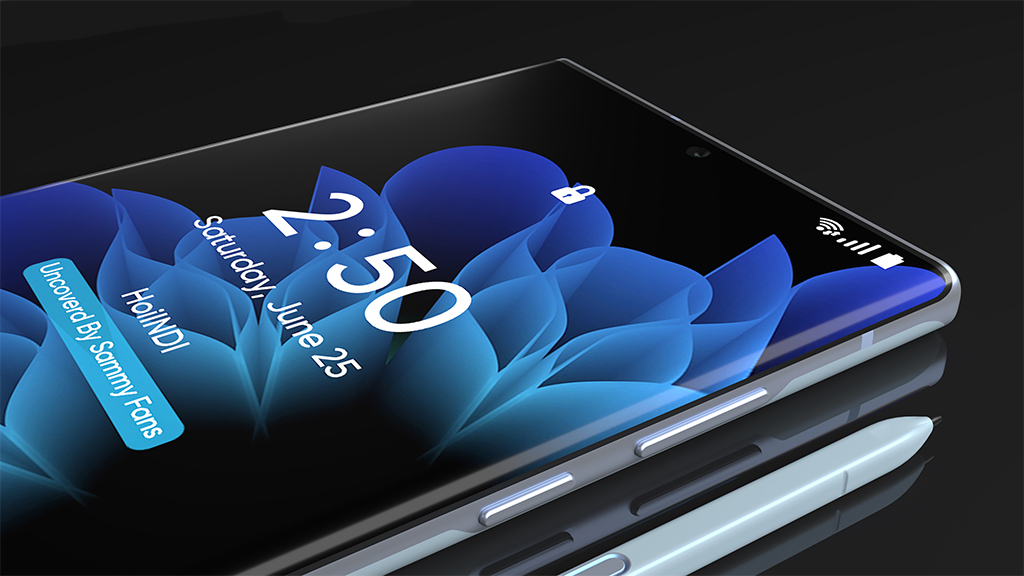 Moreover, rumors are there that the Galaxy S24 series may use under display camera technology, which is basically the same period as the Apple iPhone 16 series. Do note that the Galaxy S23 Ultra is expected to use Samsung’s first generation ISOCELL HP1 200MP image sensor.

Recently, a tipster revealed that Samsung is considering a 12MP front-facing camera sensor for the Galaxy S23 and Galaxy S23 Plus. Also, the company is mass producing the 200MP image sensors that will be used by non-Galaxy phones.

The most incredible Samsung Galaxy S23 Ultra concept is here! 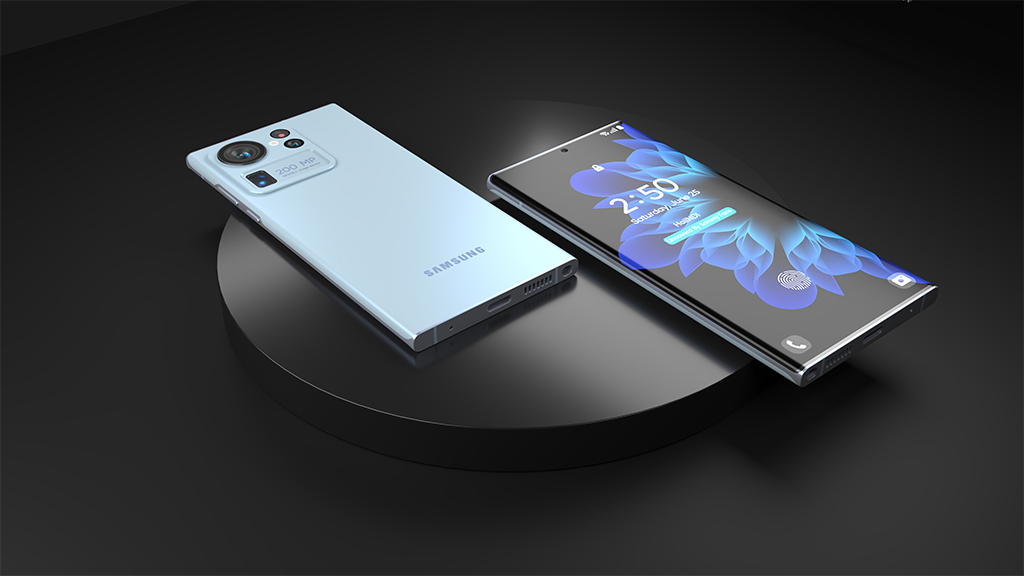 On Galaxy S23 Ultra, the company will use its first-gen 200MP camera which is ISOCELL HP 1. This is because the new sensor is judged as a lower model than the previous one due to its smaller size. Whatever the case would be, the device’s camera is going to be the company’s another hit. 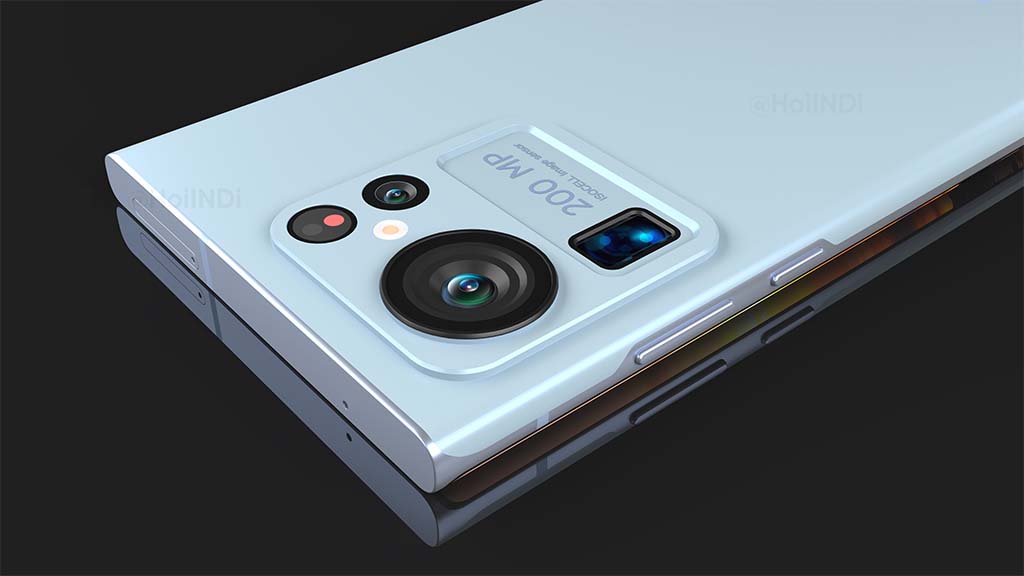 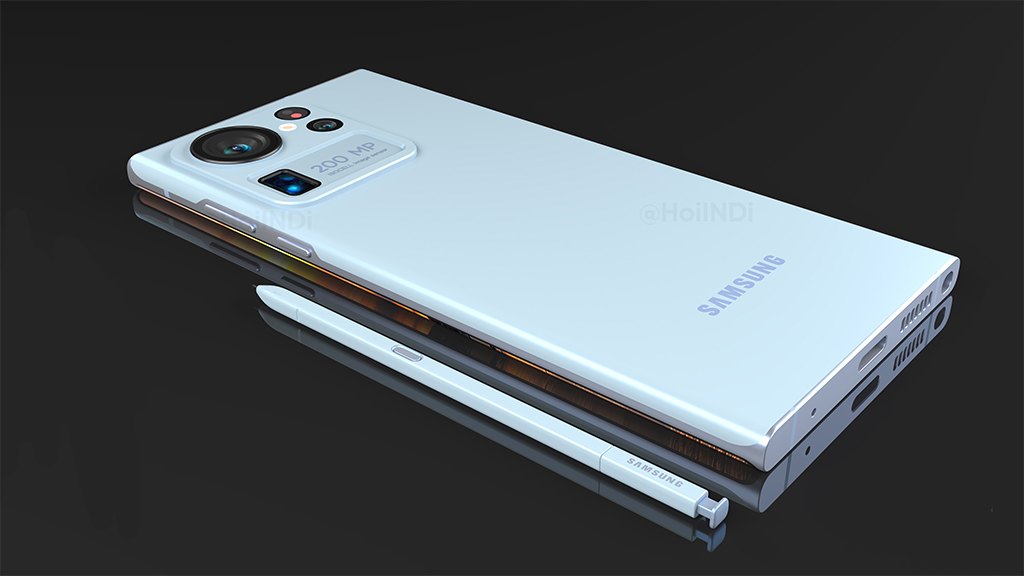