The Galaxy M21 is one of the famous Samsung smartphones in the Indian market. This device features a Super AMOLED display, 48-megapixel triple rear camera setup, long-lasting 6000mAh battery, Android 10 & One UI 2.x pre-installed, and more.

After Android 11-based One UI 3.0 and later on One UI 3.1, Samsung started releasing a minor feature-packed software update to the Galaxy M21 smartphone users. You can identify the latest release via firmware version – M215FXXU2BUF1, which is initially spotted in the Indian market.

According to the update log, the new Galaxy M21 s/w update brings the latest Android & One UI patches released in June 2021 including 47 from Google and 19 from Samsung. At the same time, it also includes a new feature – Clipboard that lets users access recently copied files, text, as well as the content.

Adding to this, it also brings enhancements to the Quick Share function in order to offer a better file sharing experience across Android devices running Android 10 or later. However, it is a gradual rollout, it could take some time to available for every Galaxy M21 model. 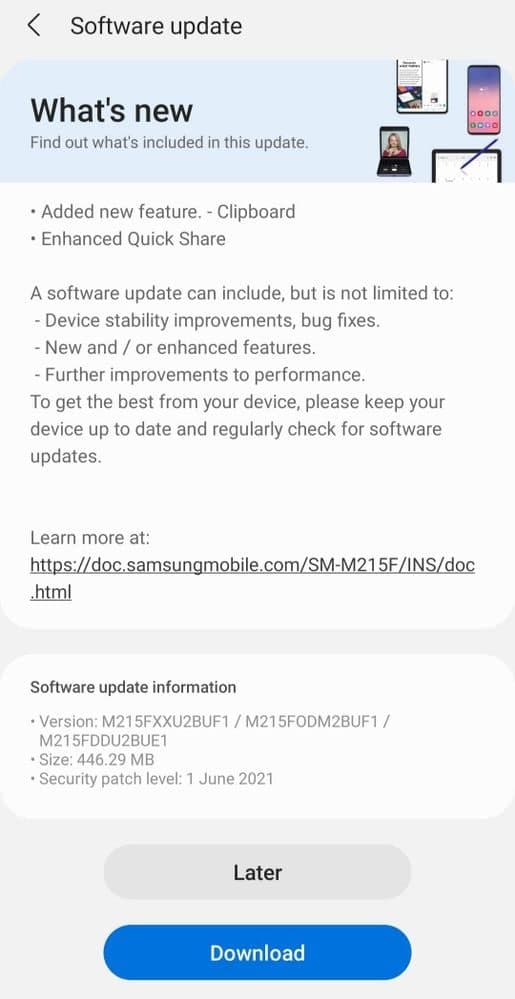