We know that Samsung won’t have any competition with Nokia regarding sales of smartphones or any other devices in the markets. But as per the new info, both the companies have developed a friendly relation in recent times.

For example, Nokia lately announced about using a Samsung camera sensor in its latest smartphone instead of following the tradition of installing Zeiss optics. However, the company didn’t mention which particular sensor they have used.

According to the info, Nokia recently launched the X20 smartphone that features 5G connectivity possible due to Snapdragon 480 processor under the hood. Moreover, the company promoted this smartphone as a high-end device but the chipset used in it is not that powerful.

However, we don’ have anything to do with the marketing gimmicks of Nokia but what worth mentioning is that the company using Samsung’s ISOCELL sensor in the smartphone featuring a 64MP camera.

Due to the ISOCELL technology, this newly launched phone brings a promising camera setup as the new sensor enables the chip to combine four 0.7um pixels into one while capturing low light images and combine the pixels to change the size of the pixel unit according to the light intensity.

Besides, it’s not the first time Samsung supplied a camera sensor to its fellow company as it provided this camera tech to various other OEMs in the previous months. For example, recently, the company supplied its latest ISOCELL GN2 sensor to Xiaomi which the brand used in its premium device, MI 11 Ultra. 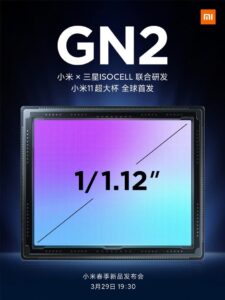