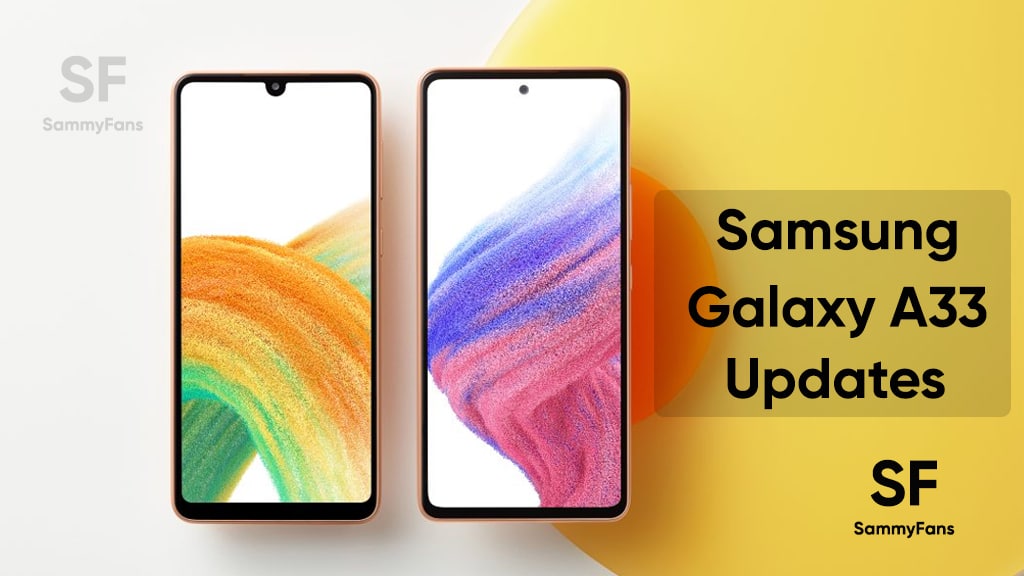 Samsung has started pushing a new update with September 2022 security update for Galaxy A33 users in Malaysia. The update comes with the One UI build A336EDXU4AVH9.

The September 2022 security patch improves system security and stability along with several functional enhancements. As per the official notes, it fixes over 23 high and moderate levels of CVEs to enhance user experience.

You can check the update on your phone by visiting Settings >> Software update >> Download and install. Now follow the on-screen instructions to get access to the latest changes.

Samsung Galaxy A33 has begun collecting the May 2022 Android security patch update in Asian markets a week ago. Now the company is expanding the latest software update in the United Arab Emirates.

Identified via One UI build version A336EDXU2AVD7, the fresh software update improves the security and stability of your device as well as upgrades many stock apps. In addition, it fixes 7 Critical, 23 High, and 3 Moderate levels of CVEs to enhance the overall device performance.

In late March, Samsung started rolling out the April 2022 Android security patch update to its eligible Galaxy devices. While the Galaxy S22 series was the first to grab it, Samsung Galaxy A33 is the latest to collect the new changes as its first software update.

Samsung Galaxy A33 5G is one of the latest offerings by the Korean tech giant. The devices have recently started making their availability to customers, which suggests that as soon as the buyers unbox their phones, they will get this fresh update.

It’s worth noticing that the Galaxy A33 April patch is released in Colombia at the moment. However, as soon as the company will ensure its security and stability, it will expand to more users in various countries.

Moreover, this latest software update will protect your device from bugs and viruses as well as will enhance its security and stability. At the same time, it also installs fixes to dozens of exploits and CVEs/SVEs that are yet to be detailed.

Besides these, the Samsung Galaxy A33 April 2022 security update comes with One UI build version A336MUBU1AVC9. You can check and download it on your phone by visiting Settings >> Software update >> Download and install.

We highly suggest you to prepare a back for your important files and data before you start the downloading process. Although the upgrade procedure won’t replace or remove any of the corresponding data from your smartphone, it’s recommended to do so for extra safety measures.