As early as December 2020, Samsung started to release One UI 3.0 with Android 11 for the Galaxy S20 series. So far, various Samsung devices have received this major software update, but the mid-range and cheap smartphones are still waiting.

After the release of One UI 3.0, Good Lock and several applications/modules have stopped working due to incompatibility with the Android 11 version.

Previously, the company launched a new Good Lock 2021 supporting Android 11 / One UI 3.0. Now, Samsung has sent new application updates to some of its modules, which brings support for Android 11.

ClockFace allows you to choose from numerous clock designs for your lock screen and customize its elements to maximize the user experience. With the new update, Samsung added a bunch of new clock designs while the older ones are still available.

The new Home Up module update mainly brings One UI 3.0 support for this module. After updating, it will again start working on your smartphone.

Good Lock MultiStar transforms the user’s multitasking experience. With the latest MultiStar, Samsung added a new “The app size stretch to camera hole” menu that allows you to control whether the application colorizes in the status bar or surrounds punch holes, or ignores it completely. 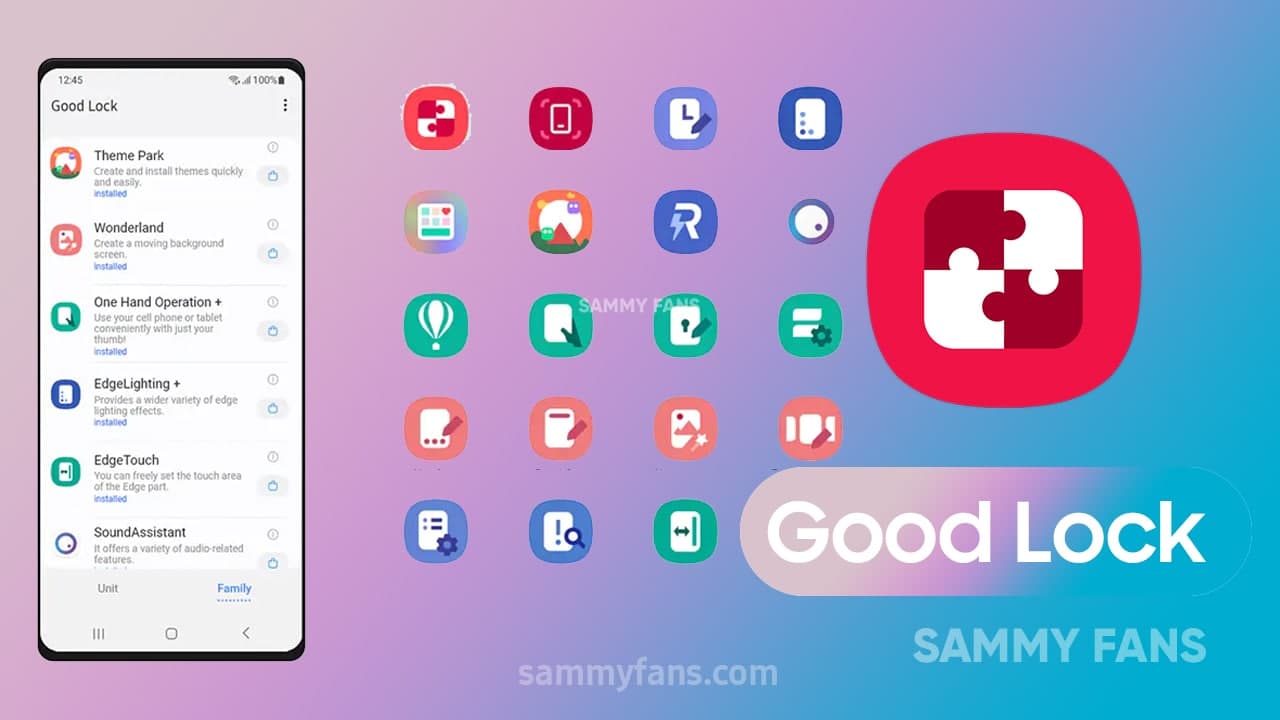