The One UI! In my opinion, Samsung’s One UI is the best custom skin built on the Android operating system. Starting with Android 9 based One UI 1.0 to Android 11 based One UI 3.0, Samsung has brought us a lot of exciting new features and improvements with its every new generation.

Samsung One UI developed for different devices such as foldable phones, smartphones, tablets. Even it also powers the company’s smartwatches. Here’s a lighter version of One UI – One UI Core is also made for Samsung’s budget smartphones. Before the One UI, Samsung’s devices came with Android OS based, Samsung Experience UX.

The One UI 2.1 (Android 10) has exclusively released pre-installed with the latest flagship smartphones of Samsung’s S lineup – Galaxy S20, S20+, and S20 Ultra. Followed by other eligible devices of the company has received it as an OTA, while some are still receiving this version of One UI. The One UI 2.1 doesn’t bring major features and UI changes.

So, what has changed between the One UI development compared to last year?

If we take a look at the development of One UI, it shows how Samsung has improved its software development ecosystem. And we may find our answers by comparing One UI 2.0 and One UI 3.0.

The stable update release dates for both One UI 2.0 and One UI 3.0 are too similar. Samsung has impressively maintained to provide a new platform upgrade for its eligible smartphones.

The company hasn’t forgotten inviting in the beta testing for older flagships like the Galaxy Note 10 and S10 models. This year, the Galaxy S20 FE, Galaxy Z Fold 2 and, Galaxy Z Flip have also joined the list of smartphones that are experiencing the latest features of the One Ui 3.0 before its public release. 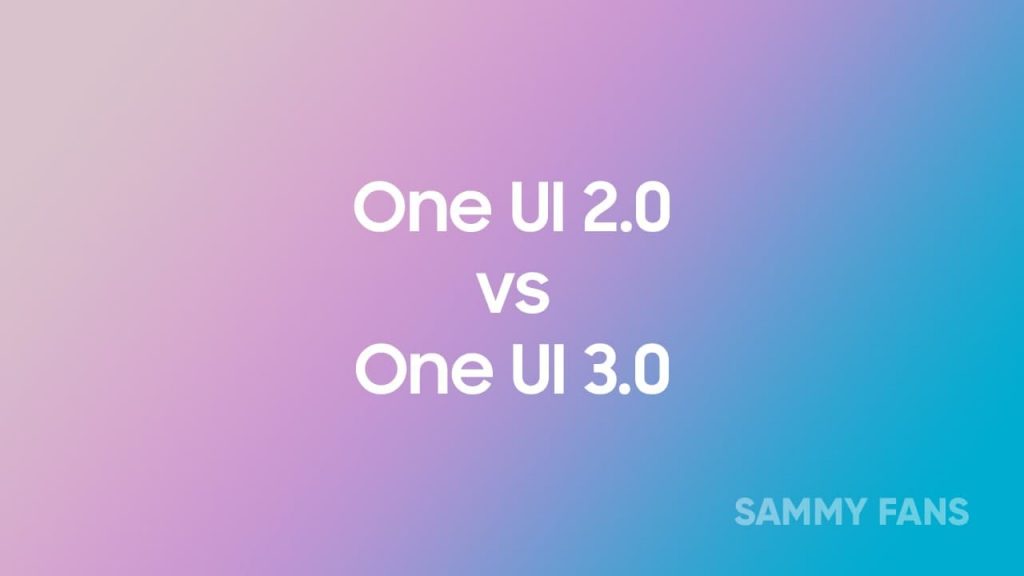 How Samsung improved its software system?

With the One UI 3.0, Samsung has also extended the device participation in the beta testing program. So far, we’ve seen that the mobile service provider carriers are known for a late update rollout for their locked phones. This time, Samsung and Verizon US together proved it false by their good understandings of the Android 11 development.

Till now, Samsung Galaxy S20 smartphones locked on Verizon and T-Mobile carriers have received the Android 11 based One UI 3.0 update in the US. Furthermore, the Galaxy S20 series smartphone owners from numerous countries across the globe are also getting the Android 11 upgrade via OTA.

Not that all, the South Korean tech firm hasn’t forgotten rolling out security patch updates for other smartphones.  Samsung is simultaneously providing new security updates over the air to its hundreds of device owners who are waiting to get their turn to start experiencing the tons of new features with the One UI 3.0.

Samsung wants to collapse Google’s Android with its updates:

These things clearly show how Samsung has massively improved its software system with the new One UI 3.0 and we can surely expect that Samsung will improve it further.

What do you think about it?

How Samsung can develop its software system to maintain its identity as the best software service provider among all the smartphone makers? Let us know your suggestions in the comments below.