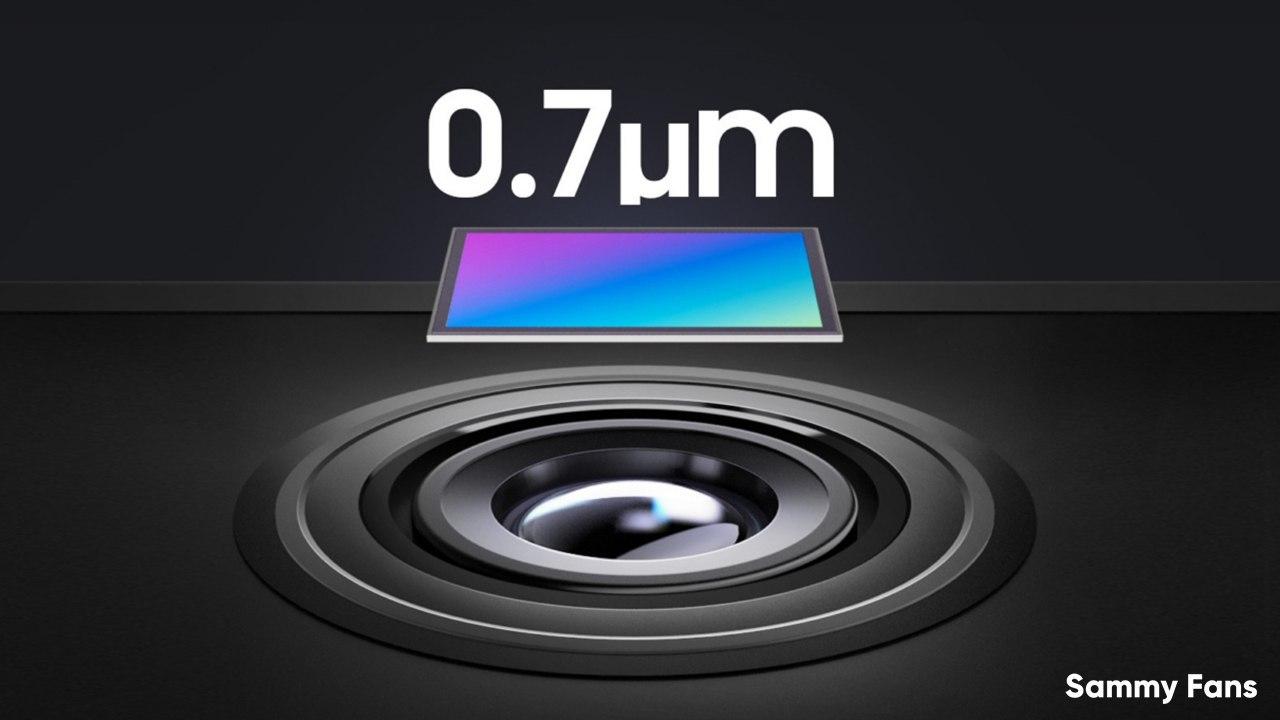 The industry’s smallest pixel microchip realizes a more stylish design and a more compact camera size. A new generation of 0.7μm lineup equipped with the new ISOCELL 2.0-pixel technology will be launched at the end of the year 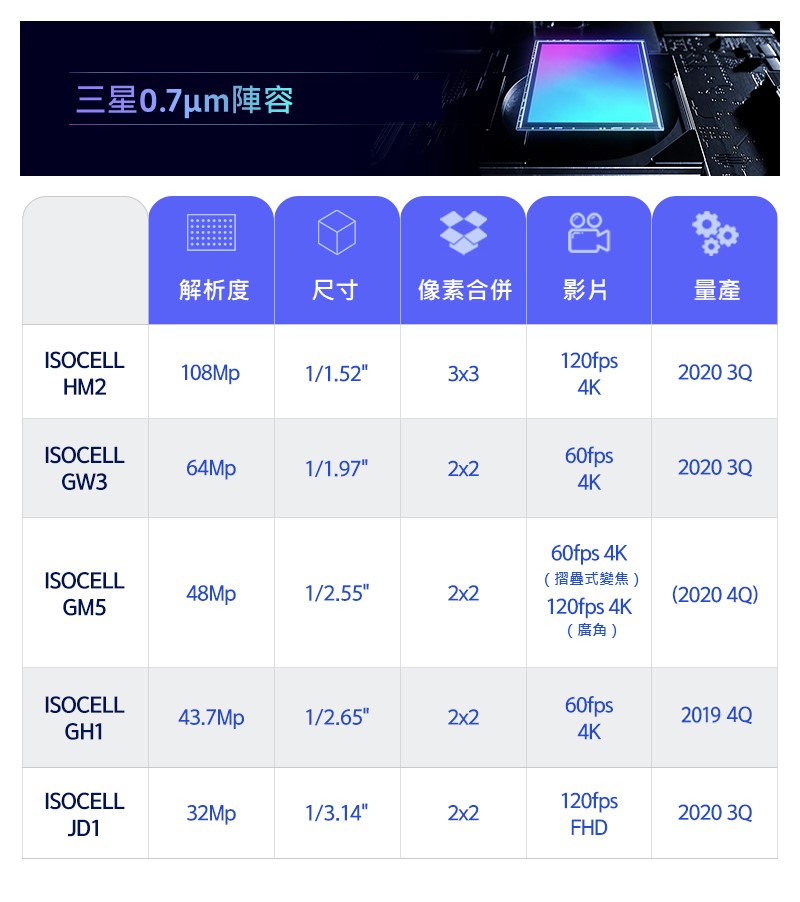 “Samsung continues to pioneer innovations, such as ISOCELL Plus and Smart ISO, to deliver more pixels in a smaller package,” said Yongin Park, executive vice president of the sensor business at Samsung Electronics. “Last year, Samsung introduced the industry’s first 0.7μm-pixel camera sensor and the first 108MP sensors. Now we are bringing more of the advanced pixel technologies to mobile cameras in a variety of options that will enable high-resolution images and sleeker designs in a wider selection of tomorrow’s mobile devices.”

In the latest 0.7μm products to be introduced later this year, Samsung will start rolling out an enhanced pixel technology, ISOCELL 2.0, which allows excellent performance despite the challenges with decreasing pixel sizes. The new technology further enhanced the wall structure between cells, resulting in an added light sensitivity of up to 12 percent compared to the current ISOCELL Plus technology. 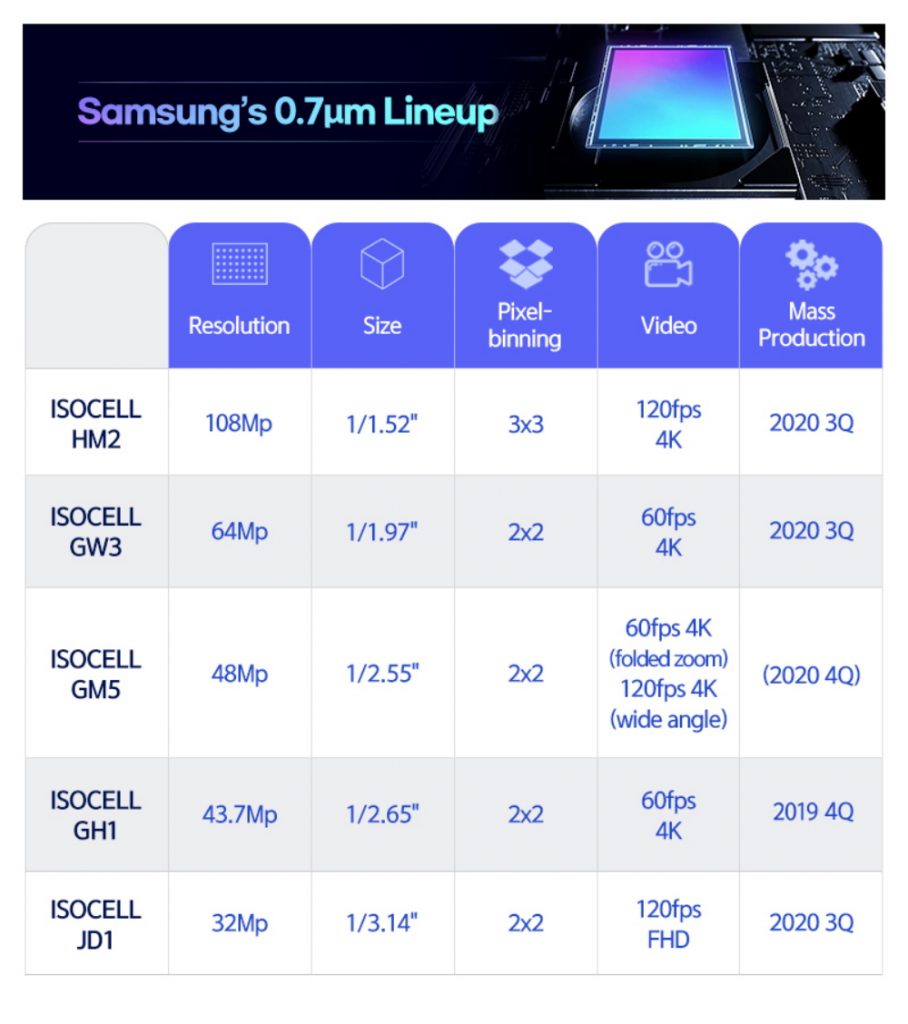