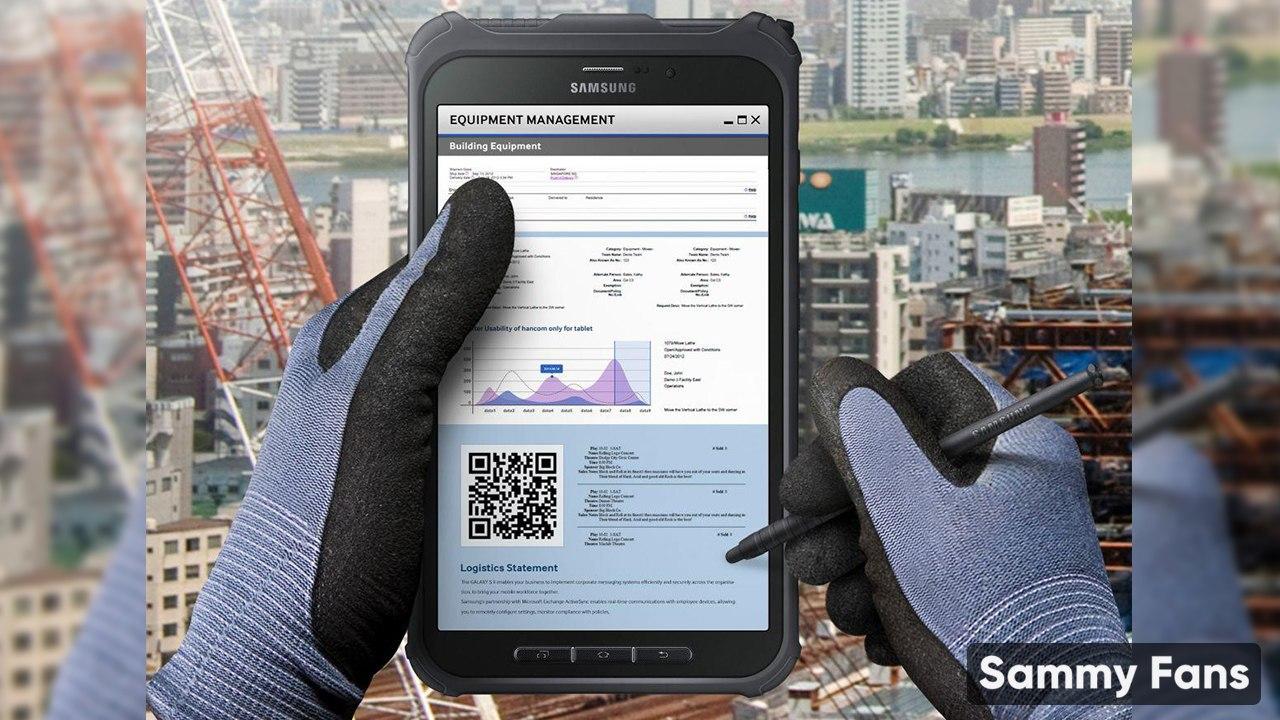 The Samsung Galaxy Tab Active 3 is only available in Wi-Fi and LTE variants. The tablet features of Bluetooth 5.0 for fast wireless connectivity.

The Samsung Galaxy Tab Active 3 device has MIL-STD-810G standards, IP68 certification for dust and water resistance, an S pen, removable battery and may be powered by a Samsung HX Exynos 9810 processor with the newest Android 10 OS. 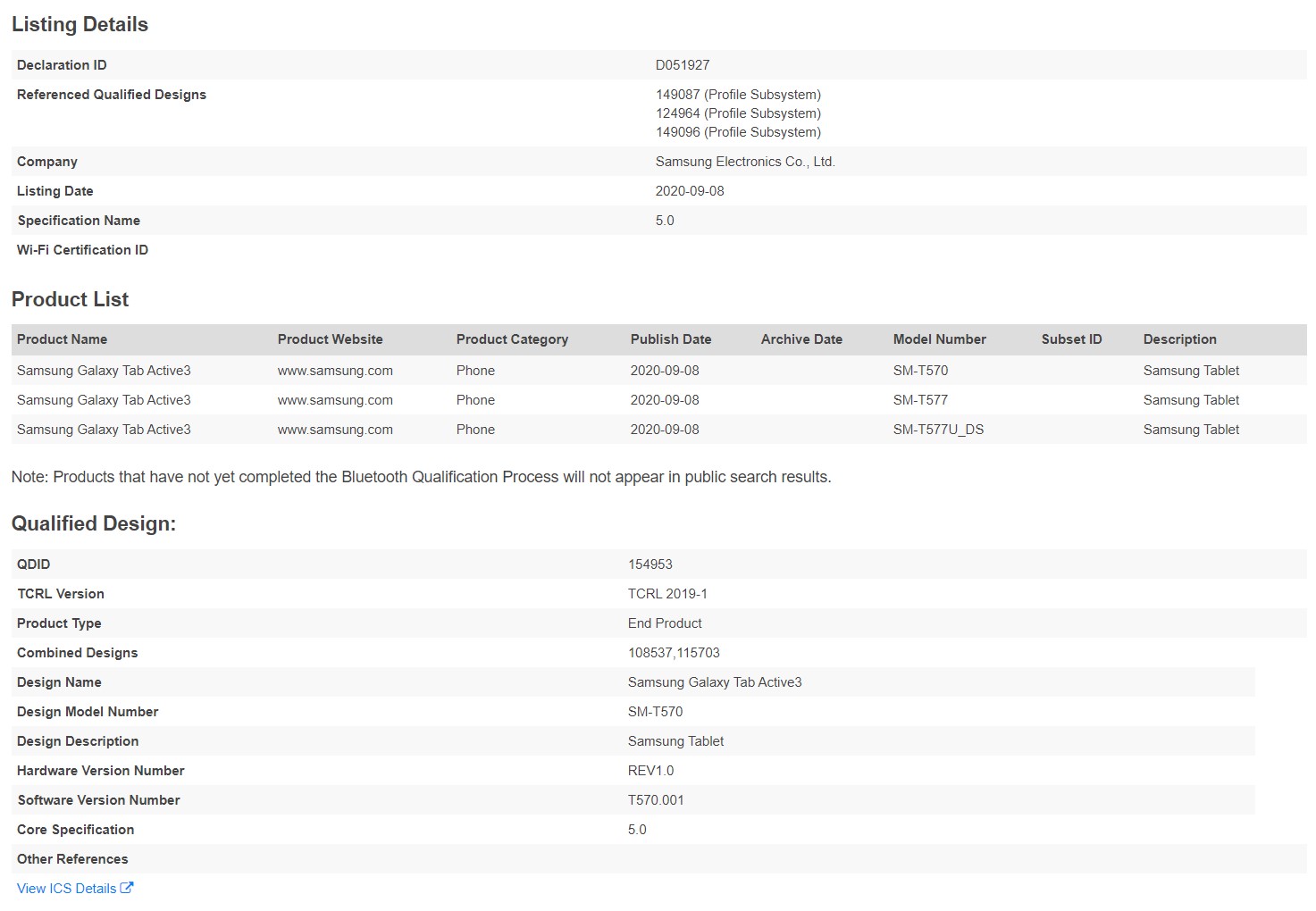 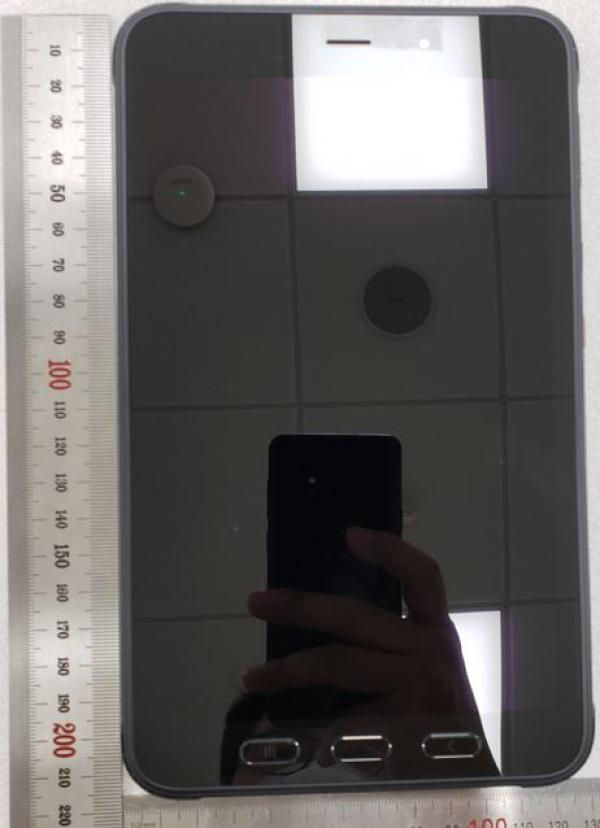 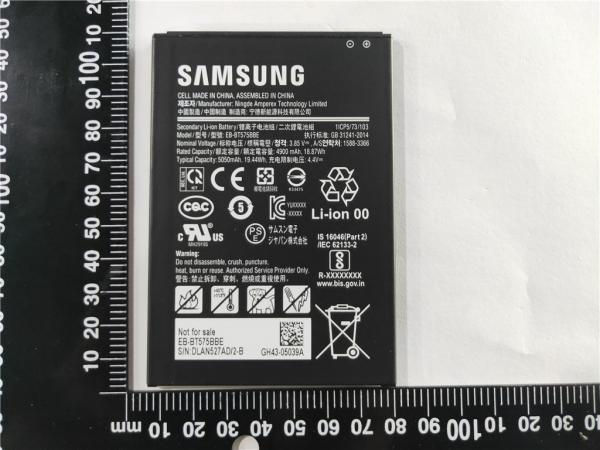 Safety Korean certification for the Samsung Galaxy Tab Active 3, which comes with the device’s battery, revealed that it will have a 4,900 mAh rated (or 5,050 mAh standard) battery. The model number of the battery is EB-BT575BBE. Finally, the Samsung Galaxy Tab Active 3 was also found on the FCC certification website. Below are pictures for your reference: 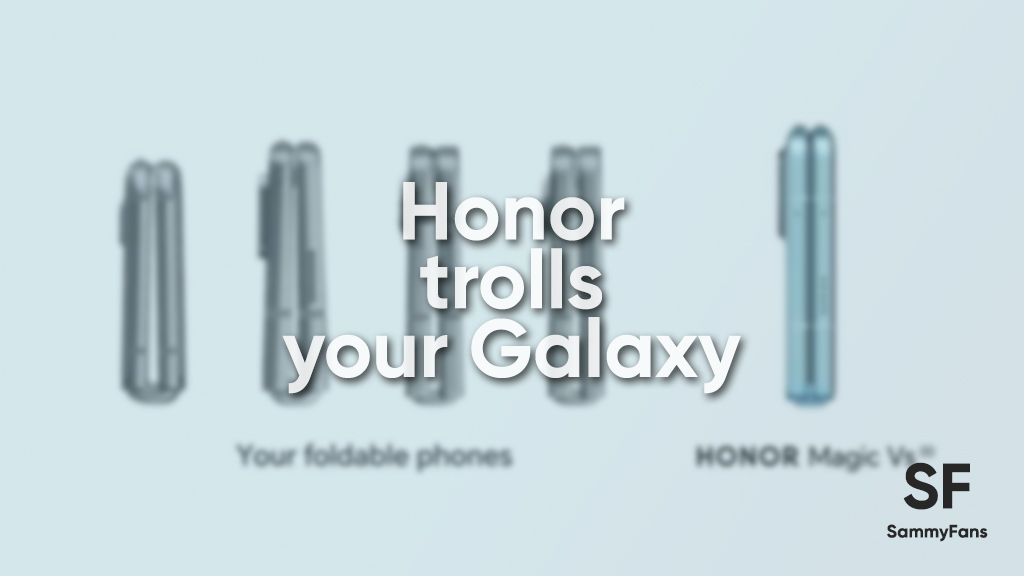 Honor will introduce the Magic Vs clamshell foldable smartphone at the Mobile World Congress 2023. Ahead of the event, Honor posted an ad taking a jibe at Samsung for its Galaxy Z Fold/Flip foldable smartphones launched between 2019 to 2022.

Since Honor ad has been posted to criticize Samsung, it shows that the Chinese brand admits Galaxy Z Fold and Flip line is far ahead of its first foldable (clamshell) product. In the ad, Honor showcased that its upcoming flip phone has no gap around the crease area, which can be easily seen in Samsung’s foldables.

In its recent Twitter post, Honor targeted the gap seen in the Galaxy Z Flip foldable smartphones in the folded state. So far, Samsung used a U-type hinge design, which results in a gap at the mid-spot (the area where the display folds/hinge).

The Chinese company featured four Galaxy foldable smartphones including the Galaxy Fold and Galaxy Flip released in 2019 to 2022. The motive of Honor is to criticize Samsung and show itself as a great brand, but, it’s not happening at all!

We've got your gap solution right here! Simple – it takes real Magic to close the gap. Join us to #UnleashthePowerofMagic at MWC 2023 on Feb 27 at 1:30pm (CET). #HONORMagicVs #HONORMagic5 #MWC23 pic.twitter.com/cWSM7xJcEH

Honor is exposed! The company ad is revealing that it has deeply studied what Samsung did in the evolution of the Galaxy Z Flip foldable smartphones. The latest Galaxy Z Flip 4 is a great-selling device in the global market, which is praised for its stylish design and durability.

The South Korean tech giant would introduce the Galaxy Z Flip 5 and Galaxy Z Fold 5 smartphones at the August Unpacked 2023. Ahead of this, seasonal moths are trying their luck outside the boundaries of mainland China, it’s not the case, customers know where to trust.

Just a thing, Samsung’s foldable phones launched in and after 2021 are capable of surviving against water, thanks to the IPX8 rating. Leaving copyable apart, water resistance and durability features can’t be copied easily, so boy (of course Honor) get ready to witness the Galaxy Z Flip 5 this August. 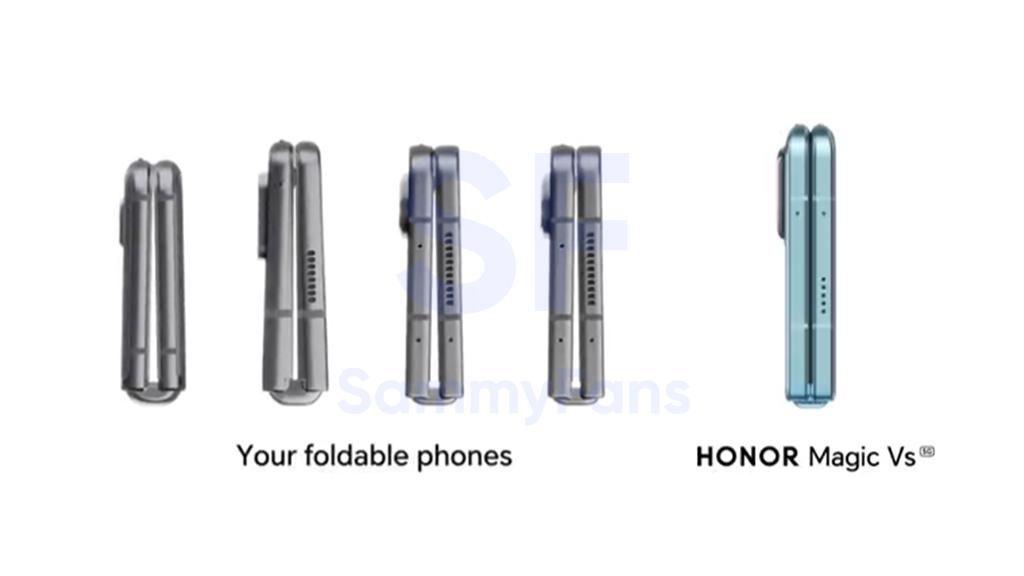 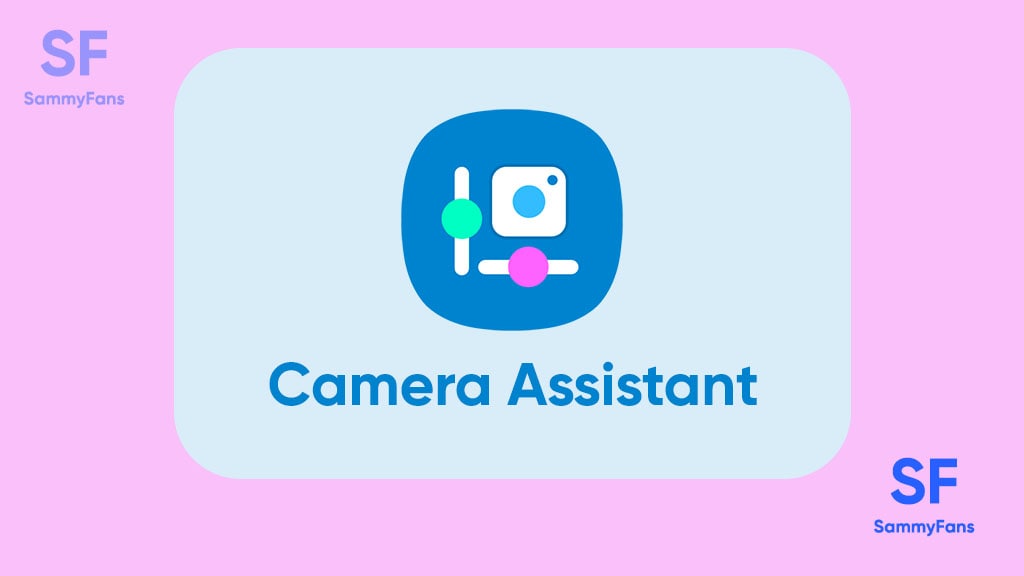 Samsung Camera Assistant app lets Galaxy smartphone users customize their own camera settings as per their preference. We recently shared the first impressions of the Camera Assistant service of Good Lock including all the available tools and features.

Samsung Camera Assistant has received a new update with version 1.0.00.5, which brings dynamic icon support. In addition, some changes have been made in the description text to easily know about any feature. Check full detail here 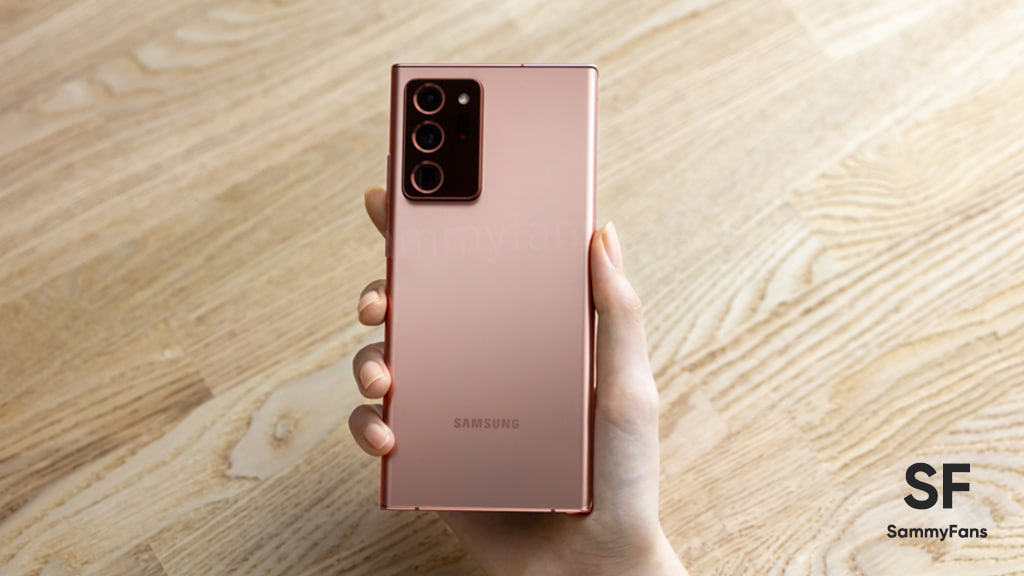 Stand Alone 5G is a software-centric approach, which requires smartphone vendors to release a special firmware update for the device to unlock the 5G network support. Meanwhile, vendors are somewhat cheating here with older models taking advantage of the “hardware limitation” phrase.

The Galaxy S20 Ultra and Galaxy Note 20 Ultra smartphones are equipped with Samsung’s own made Exynos 990 (7nm) processor. Both of these devices are sold as 5G capable phones in the country, but now, consumers have to switch their carrier to Airtel or forget about 5G.

Jio confirmed to SammyFans that the Galaxy S20 Ultra 5G and Galaxy Note 20 Ultra 5G is not listed to feature True 5G support in India. The OEM can not release 5G-supported firmware updates due to application processor limitations.

By the way, it doesn’t mean your device won’t run the 5G network at all. You can switch to another carrier (such as Airtel), which is featuring non-standalone architecture. It doesn’t require any software update or support from the smartphone manufacturer but might lag behind Jio’s True 5G in some cases.

Samsung released the Galaxy S20 FE 4G with the same Exynos processor as the Galaxy S20 and Note 20 series in India. Later on, the company brought a 5G-supported Galaxy S20 FE, which uses Snapdragon 865 processor. Jio True 5G is supported on this device and users can enjoy the benefits post-SA update.

Samsung Galaxy S23 getting first firmware update based on One UI 5.1