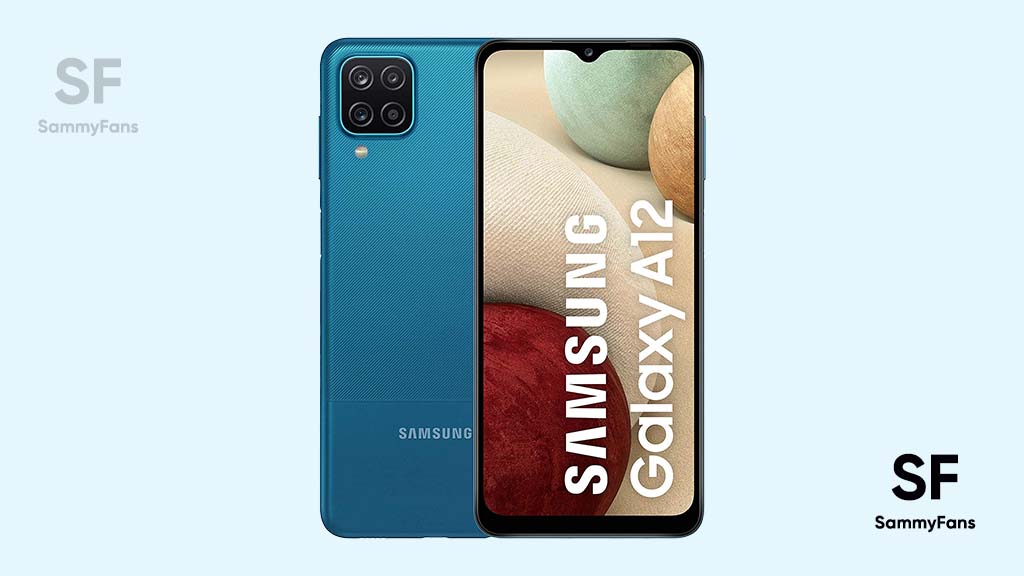 Samsung is delivering the November 2022 Android security patch update for the Galaxy A12 smartphones. Initially, the update is rolling out for select European countries, however, the company will not take much time to spread it to more users all over the world.

Furthermore, Samsung Galaxy A12 smartphones are getting the new November 2022 security patch with One UI build version A127FXXS7BVK1. It improves the device’s performance in every possible aspect.

The official changelog further mentions system security and stability enhancements. With these, the company aims to protect your device from bugs and viruses and provide you with an interrupted user experience.

In addition to these, the company has also revealed through November 2022 patch details that it addresses 3 critical 32 high and 1 moderate level of Google CVEs that were affecting the phone’s security and privacy.

The update also includes 26 SVE items from Samsung to further build users’ trust in their phone’s privacy. Aside from these, you might notice some minor improvements like reduced lagging, app crashing, and others.

Samsung launched the budget Galaxy A12 smartphone with Android 10 in 2020. The smartphone received its first major upgrade as Android 11 in mid-2021, whereas, it’s currently running on Android 12-based One UI 4.1.

Since it’s a low-cost phone, it’s only eligible for two major OS upgrades, which have already been released. The device is not eligible for the current Android 13-based One UI 5.0 and is only likely to fetch security patches for some time.

In any case, you can get access to the latest software update on your Galaxy A12 smartphone through the system’s Settings. From here, enter the Software update section and tap on Download and install options. Hit the Download button and complete the installation procedure.