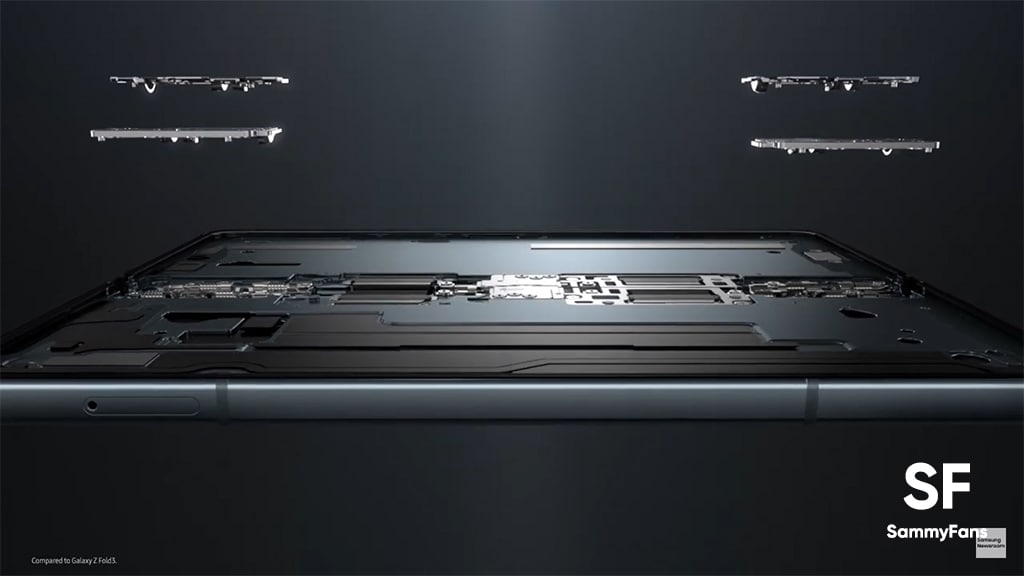 Samsung launched the Galaxy Z Fold 4 and Galaxy Z Flip 4 with a new and updated “Slim Hinge” that makes everyday experiences epic. While the Galaxy Z Flip 4 offers a compact form factor with a stylish design, the Fold 4 works just like a PC in hand, thanks to its bigger foldable screen.

Durability is the biggest concern on these kinds of smartphones, while, Samsung managed to make the Galaxy Z Fold 4 and Galaxy Z Flip 4 even more durable by using the new and updated “Slim Hinge.” Let’s have a look at how the new hinge is different and works inside your foldable.

Samsung disclosed that it had seen the possibility of slimming down the Galaxy Z Flip 4’s design by using the new Slim Hinge to make it even more compact. Moreover, the new hinge technology allowed the manufacturer to modify the dimensions on Z Fold 4. 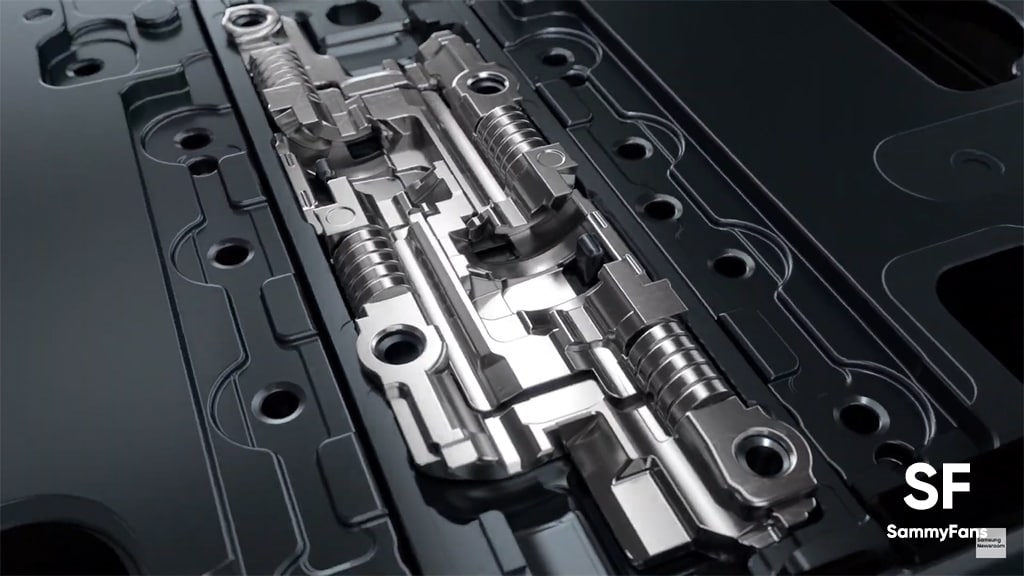 Thanks to the new Slim Hinge, the Galaxy Z Fold 4 now has a slightly wider and slightly shorter Cover Screen. It enables a more comfortable experience while typing on the go and doing other tasks on the Cover Screen, without unfolding the device frequently.

These small internal structural and elemental changes are just incremental but play a key role in enhancing user experiences. Samsung’s new redesigned hinge technology comes with benefits to both manufacturing and longevity in addition to making the user experience comfortable. 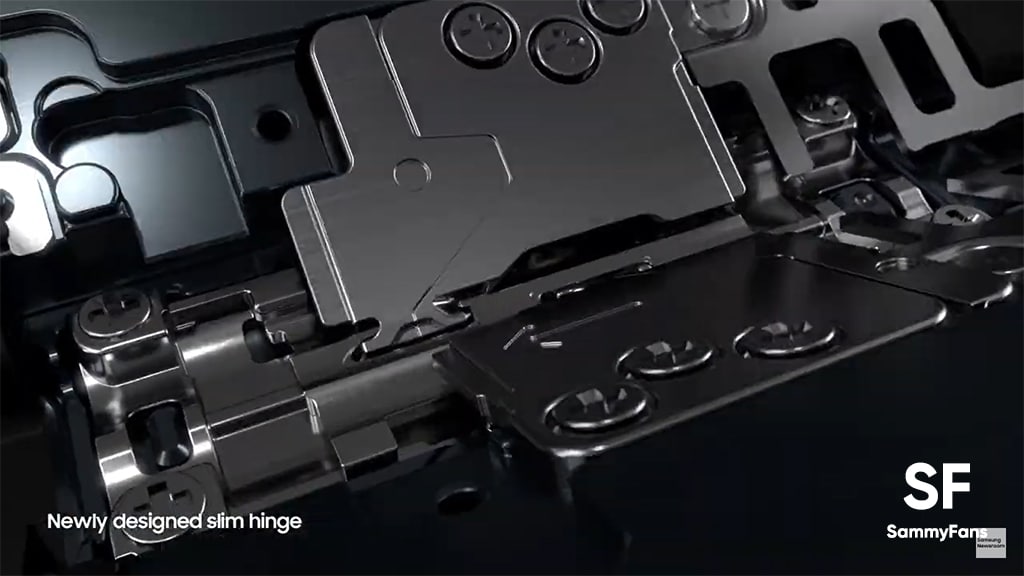 The last generation of Hinge design made foldable phones possible, and regular improvements and significant updates are ensuring the future of the new form factor of smartphones. With the upcoming foldables, the Korean tech giant will surely introduce an even better hinge with more durability. 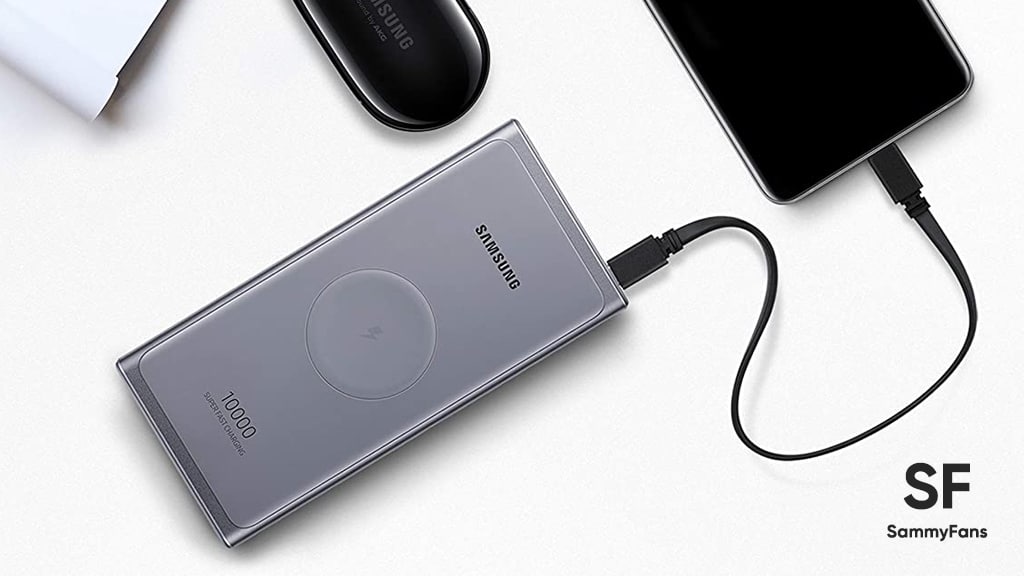 On November 23, Samsung submitted a new trademark application for the text ”Superfast Portable Power” at the United States Patent and Trademark Office. The trademark document describes the purpose as – “Battery chargers for mobile devices; battery packs for mobile devices.”

If the trademark application can be believed, Samsung fans can expect that new portable power products such as power banks and/or similar devices are on their way. There are already plenty of power products available at Samsung including fast-charging power banks.

By applying for the trademark, Samsung is securing the name/text – Superfast Portable Power, which can be used in various forms if gets commercialized. Most possibly, the South Korean tech giant may expand its portable power device portfolio such as power banks and/or chargers.

Since Samsung’s picked up “Superfast” word in the trademark, the products are expected to be featuring higher charging speeds for Galaxy devices. The Galaxy S22 Ultra supports up to 45W fast charging, and the same is rumored for the Galaxy S23 Ultra.

If not with the Galaxy S23 series, we might soon see radical fast charging speeds as Samsung may have got an idea to speed up Galaxy devices’ battery charging even without affecting the age and performance. Time will tell what becomes reality, however, stay tuned with us for future developments.

Apart from “Superfast Portable Power,” Samsung also applied trademark application for Self Repair Assistant at the US authority. With this name, the company may debut a new app, which could be used for self-repair, self-maintenance, and self-installation of devices including phones, watches, tablets, and earbuds. 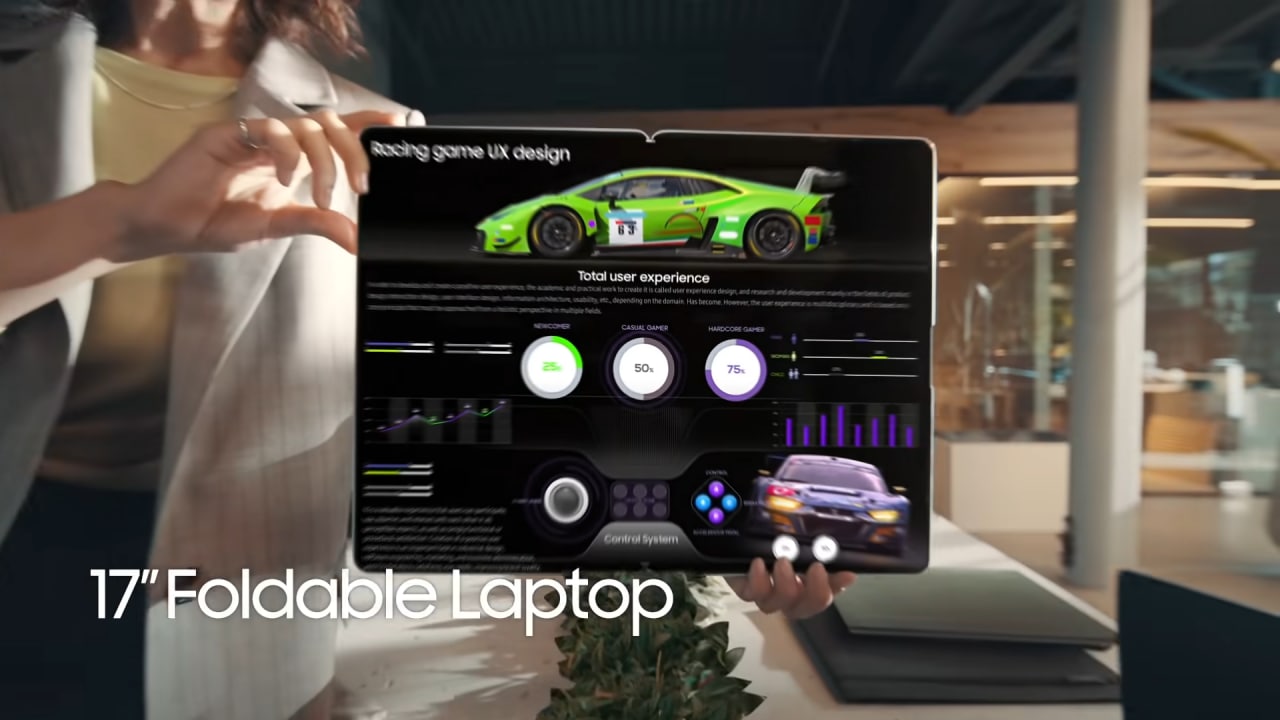 Discovered by 91mobiles, Samsung filed a patent application for the dual display foldable laptop in 2020 at the United States Design Patent, which was published on the database yesterday.

The design patent showcases images of a laptop-like product that has a large foldable display that can fold from the middle to create the main screen and a secondary screen. 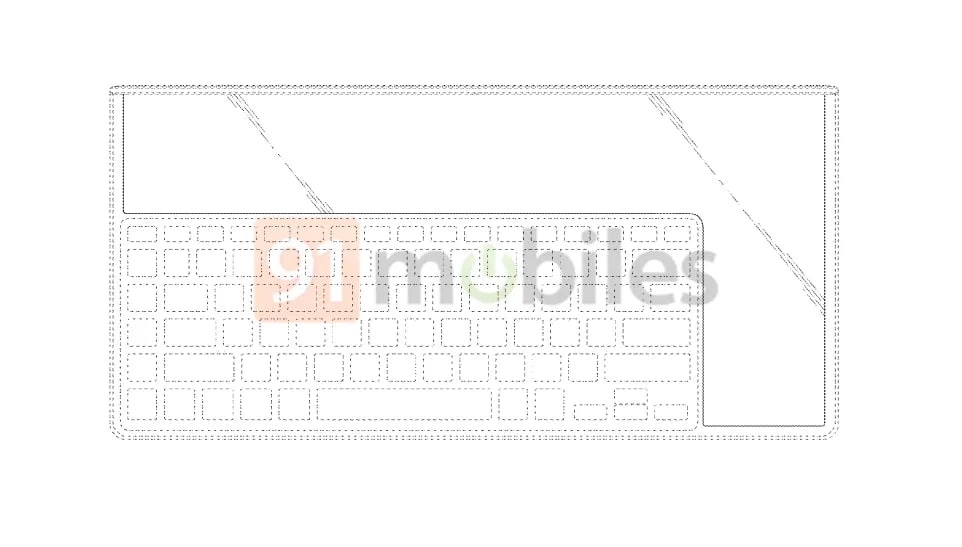 Similar to regular laptops, the patented device has keyboard area, which could be virtual, instead of physical buttons or with less key travel, however, the next vacant area might be available to use like a touchpad. 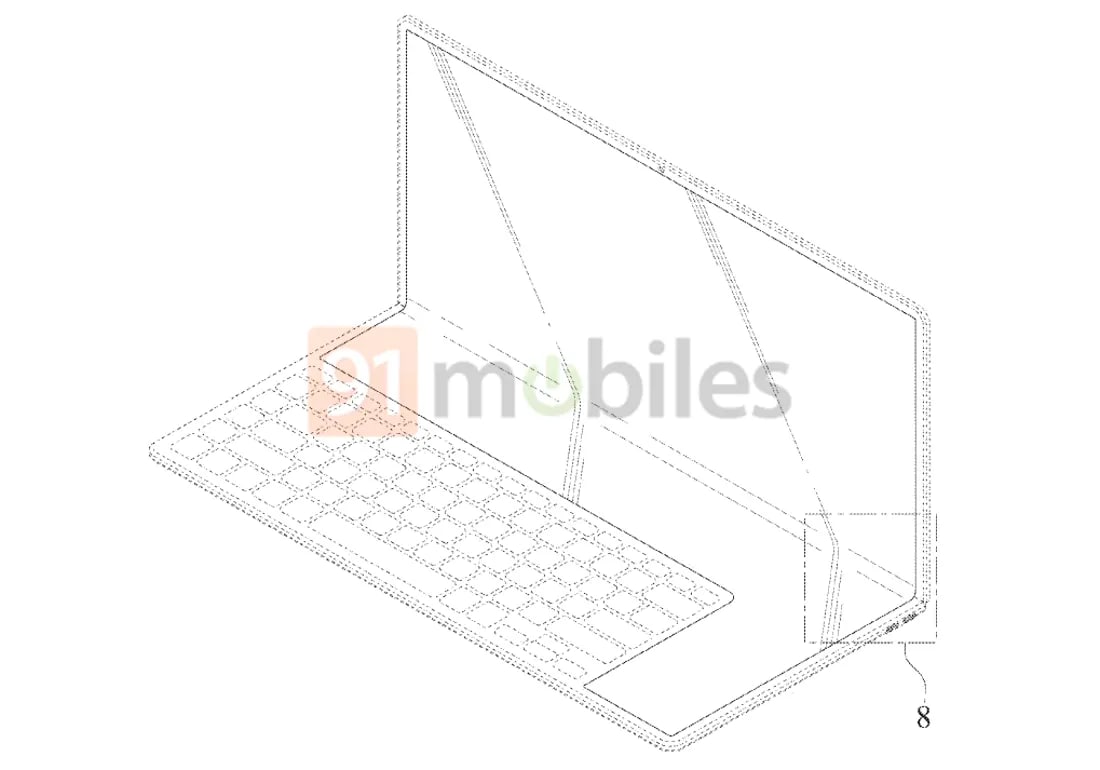 Since the design of the patent laptop looks completely inspired by ASUS ZenBook Pro Duo, Samsung will make it more advanced with its premium AMOLED display and innovative tech.

The current Galaxy Book products run Windows operating system and flagship processors for a great performance during tasks. However, Samsung’s yet to reveal any kind of information about its dual-display foldable laptop.