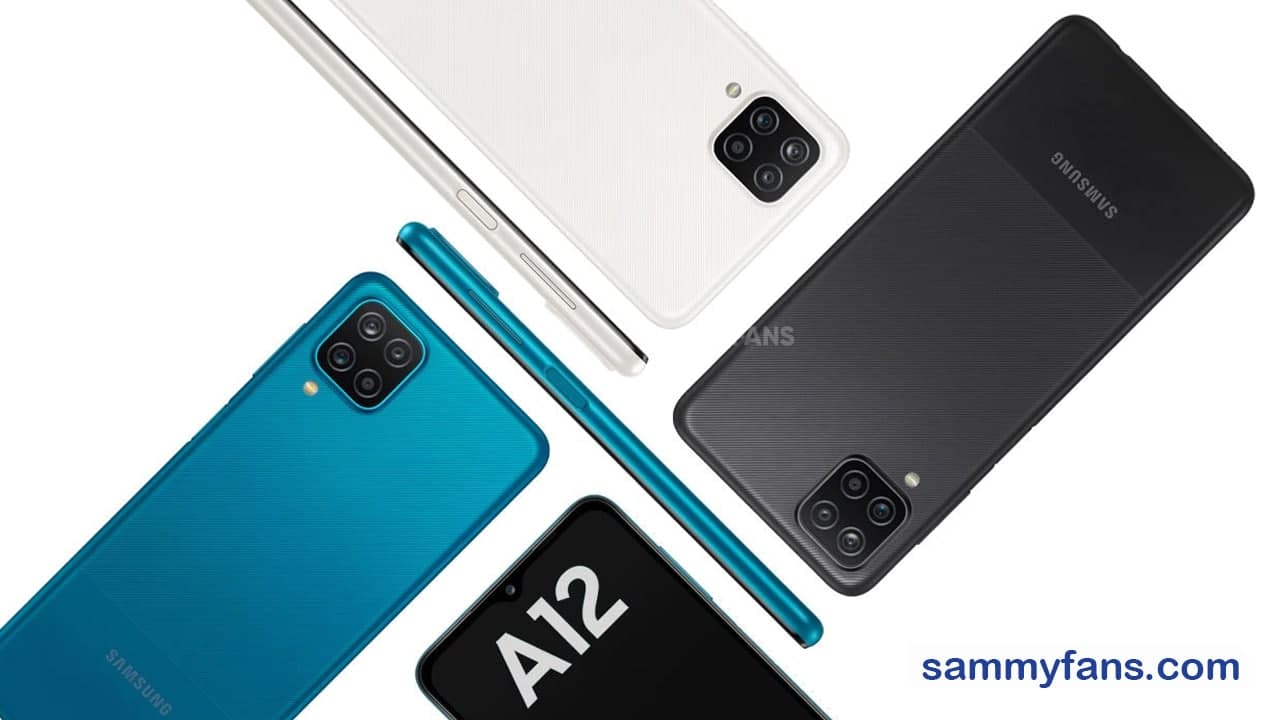 According to a recent report by Omdia’s 4Q21 smartphone model market tracker, Samsung’s Galaxy A12 surpassed Apple in the list of 10 most shipped smartphones last year. Apple has far fewer models than its competitors, which has consistently ranked first, second and highest.

Since Samsung‘s Galaxy A12 was first released in Q4 2020, and the quarterly shipments have completely exceeded 10 million units since 2021, except in the second quarter, when Samsung has been forced to stop due to the re-spread of COVID-19 in India and Vietnam.

Samsung’s Galaxy A12 surpassed Apple in most shipped smartphone

On an annual basis, it recorded a total of 51.8 million units in 2021. It is Samsung’s first model to cross 50 million in a single year with a single model and is number one in terms of shipments among the 1,000 smartphone models shipped worldwide.

As competition with Chinese companies strengthens, Samsung has been strengthening its mid-and low-end lineups, and from 2019, the lower-end J series was integrated with the A-series. Also, Samsung is continuously expanding its A-series models to adopt multi-cameras and add features that are loved by consumers.

Where Apple ranked second to fourth, in the iPhone 12, 13 and 11 shipped a total of 41.7, 34.9, and 33.6 million units, respectively. These are the common models in the series where iPhones are cheaper than Pro and Pro Max. 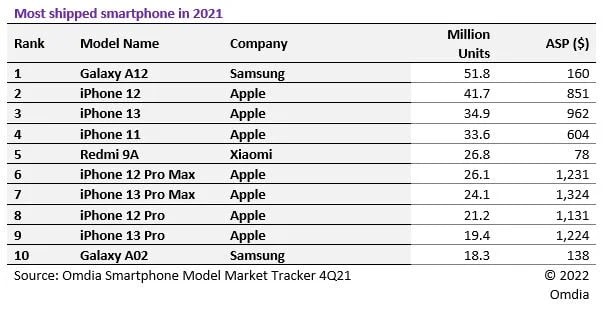 And the Fifth-ranked model is Xiaomi’s Redmi 9A. Xiaomi shipped a total of 26.8M Redmi 9A units and the average selling price of the model was $78 per year. However, Samsung’s Galaxy A02 ranks last in the top 10.

In the top 10, Apple has a total of seven models, Samsung two and Xiaomi one model. Compared to last year, Apple has added two more models, while Samsung has two lower models. Like last year, Xiaomi put a model in the top 10, but the ranking has risen from 9th last year to 5th this year. 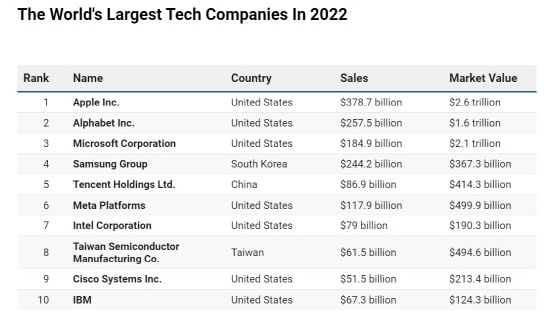 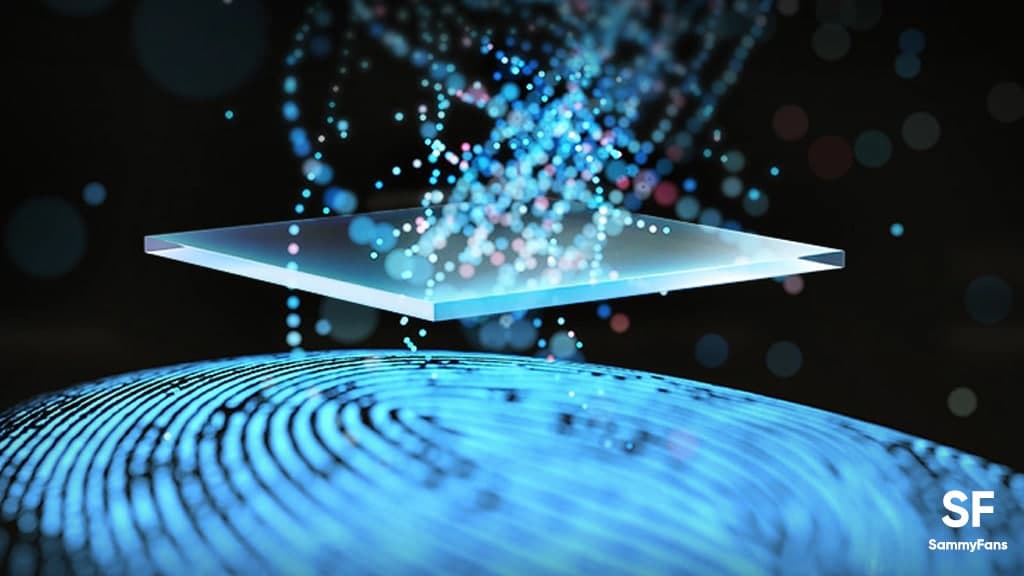 According to a recent report by a Korean media, the world’s largest manufacturer of semiconductor foundry, TSMC will begin developing a semiconductor 1.4-nanometer nm. It is analyzed as a strategy not to lose leadership in the tech competition as well as the performance of rival founders Samsung Electronics and Intel.

As the report suggests, TSMC plans to convert the R&D team of the 3nm process into a 1.4nm development team and use it officially from next month. TSMC is very likely to lose to Samsung Electronics in the first 3nm competition.

As a result, the TSMC is refining its leadership by building a 1nm first phase process. And the Chinese media Qulali Kerji said, “The production of TSMC’s 2-nano is scheduled for testing by 2024, so bulk production will be by 2026.

TSMC has been competing fiercely with Samsung Electronics for 5nm and less, with Intel also competing in this battle, but defeating their rivals in terms of performance. 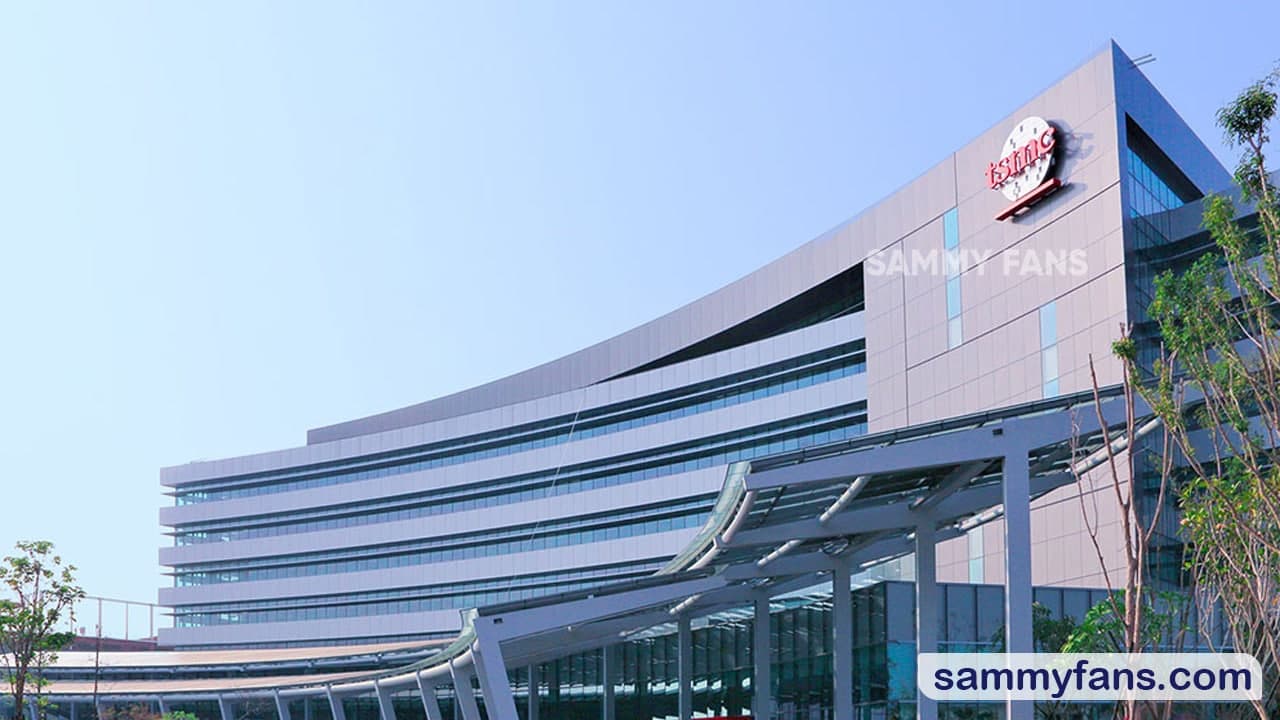 According to TrendForce, a market research company, TSMC is ranked with 52.1% of the market share established (based on sales) in the fourth quarter of last year, followed by Samsung Electronics with 18.3% and second place.

An industry official said, “TSMC benefits greatly when orders are being delayed by companies setting up during shortages of semiconductors.” 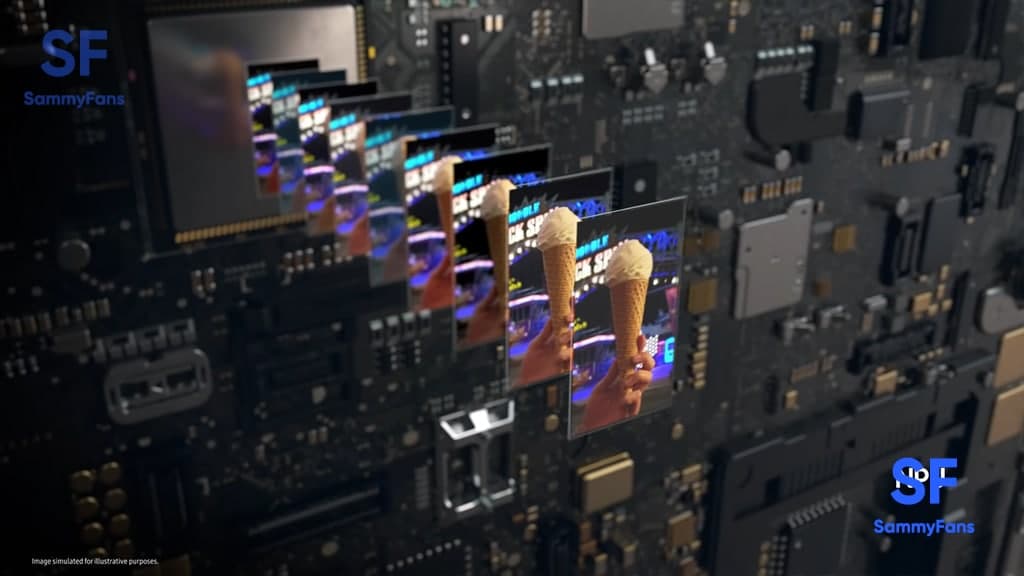 Samsung is the number one in terms of the semiconductor market and now the company has increased its image sensor market around the globe. Similarly, Sony is aspiring to be the market leader by differentiating products and using new technologies.

According to market research company TSR, Sony’s market share, which is previously listed in image sensor sales, has declined slightly. On the other hand, companies of late like Samsung and Omnivision have been able to increase their market share.

By 2021, the market share of Sony image sensors was estimated to be 43% with sales of $8.7987 billion. This is a decrease of 1.3% compared to last year. Samsung took second place with 19.7%, while Omnivision took third place with 14.1%. They achieved marginal growth of 0.8% and 2% respectively over the previous year, closing the gap by moving ranks.

Samsung’s expanding market share is due to price competition and a sharp increase in sales focused on medium to low-end smartphones. The analysis shows that Samsung has reduced costs by upgrading its image sensor packaging technology.

Counterpoint has analyzed that the price reduction of the 50-megapixel image sensor released last year by Samsung is the driving force behind the growth. Keeping this in mind, not only Samsung Electronics’ mid-range smartphones but also smartphones like Vivo, Oppo, and Xiaomi are equipped with the above image sensor.

Samsung also uses its line to easily generate photosensors. With this in mind, Samsung plans to use the image sensor as an important weapon for systemic semiconductors. As the number of smartphones with premium application processors (APs) has exceeded market expectations, it is expected to recover its revenue by growing the image sensor business.