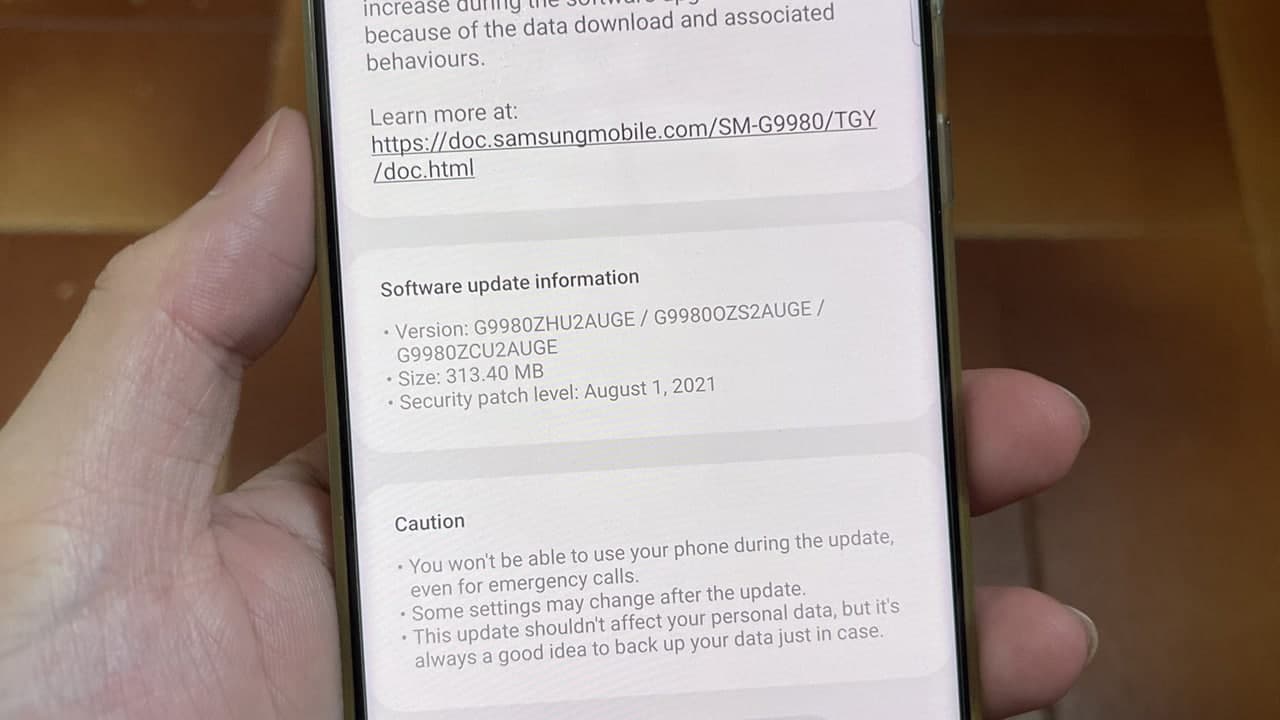 July 30, 2021: The calendar’s page of July 2021 is yet to turn and Samsung is already releasing the next month’s security patches to the Galaxy devices. Starting the Galaxy A52, the Galaxy S21 is the latest Samsung lineup to join the August 2021 security update group.

Initially, the Galaxy S21 series August 2021 security update rollout is taking place in the Chinese market, Hong Kong. The package size of this firmware is just 313MB and you can also download it through your cellular network.

Thanks for the tip, Golden Reviewer!

When it comes to identification, the August 2021 security update of the latest Samsung flagship series bears firmware versions: G9980ZHUWAUGE, G9960ZHUWAUGE, and G9910ZHUWAUGE for the Galaxy S21 Ultra, Galaxy S21+, and Galaxy S21 respectively.

To date, the Korean tech giant has not yet published the August 2021’s security bulletin that will include the details of this new firmware update for the Samsung Galaxy devices. However, it could be released in the first week of the next month, we’ll keep you updated!

Just recently, Samsung announced that the One UI 4.0 Beta is coming soon for the Galaxy S21, Galaxy S21, and Galaxy S21 Ultra devices in South Korea. Meanwhile, the company swiftly deleted the announcement banner, which hints at a delay in the arrival of Android 12 for the latest S series flagships. 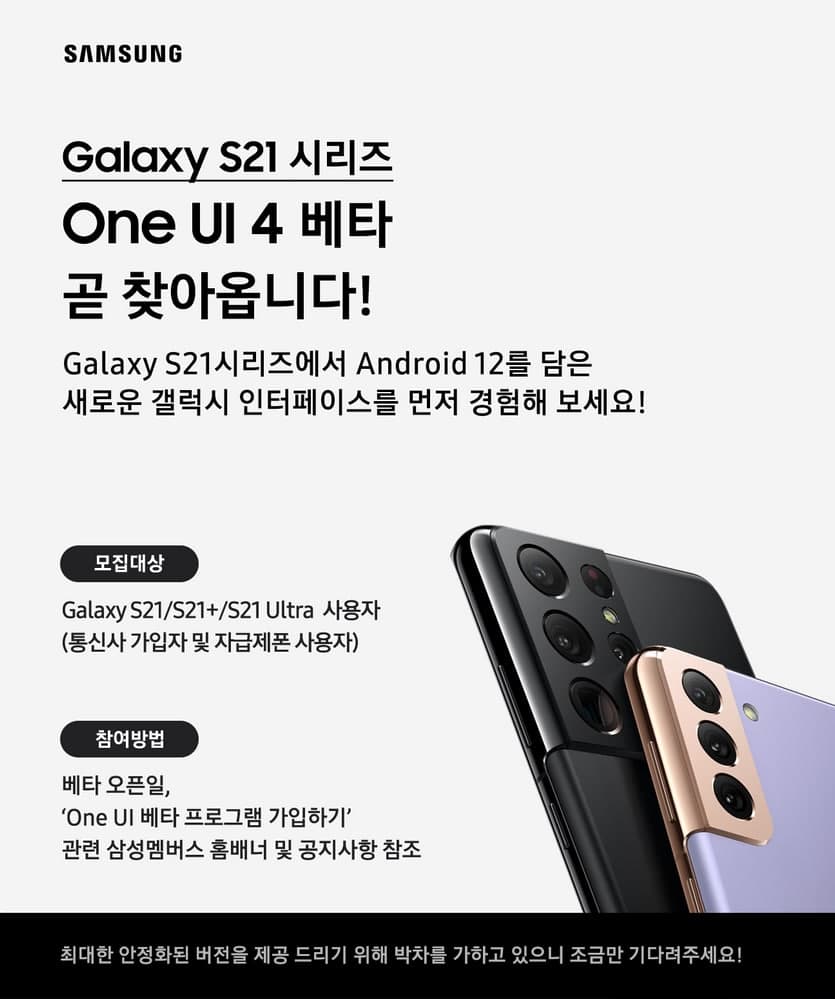 One UI 3.1.1: Well, Samsung is not ready as of now to release the Android 12 Beta for its Galaxy devices, but it’s rapidly working to distribute a new and improved One UI version i.e. the One UI 3.1.1 just after its announcement alongside the Galaxy Z Fold 3 at August 11’s Unpacked.