Just like every year, Samsung is working to unveil a new rugged smartphone under its popular XCover series. As expected, it will be called the Galaxy XCover 5 and may be launched in the coming months. Ahead of the official confirmation, several leaks regarding this upcoming smartphone are already surfaced on the web including renders, certifications, benchmarks, etc.

A few days ago, we’ve encountered the leaked renders of the Galaxy XCover 5 that revealed its traditional design, thick bezels, and display without having a notch or punch-hole. We now have new renders (via WinFuture.de) of this device which exposes its back design. 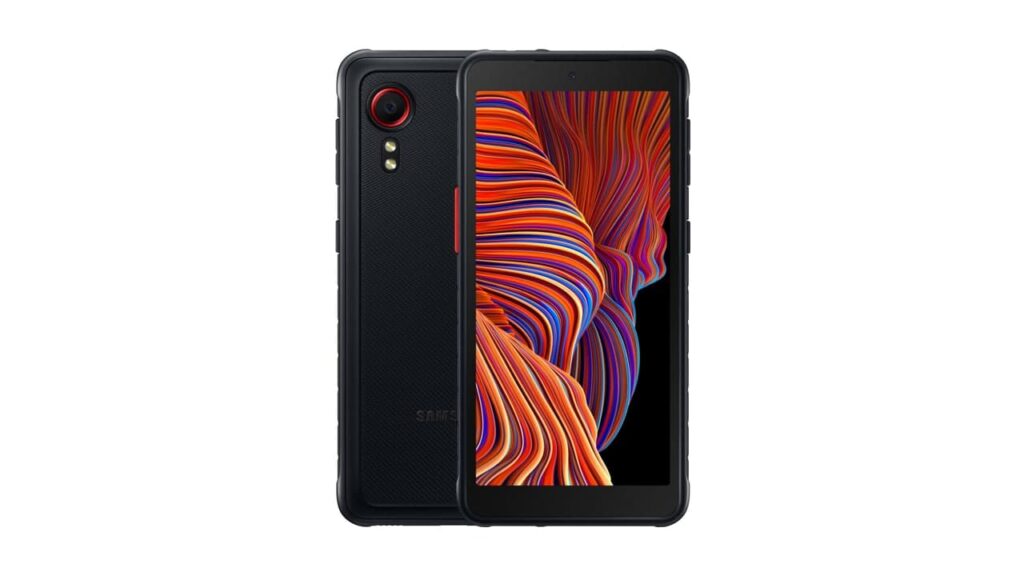 As per the latest leaked renders, the Galaxy XCover 5 is made up of rubberized material in order to deliver users a grippy texture while holding. Moreover, the images also show that this upcoming rugged smartphone equips a single rear camera and its camera setup is surrounded by a red design element of metal along with a dual-LED flash. For protection, we can expect, it will have an IP68 rating and MIL-STD-810G.

However, it is also speculated that the next rugged handset will sport a 5.3-inch display with a resolution of 1480 by 720 pixels, powered by Exynos 850 chipset, packs a 3,000mAh battery that can be charged with a 15W fast-charger, and more. Besides, it is also said that the XCover 5 will come pre-packed with Android 11-based One UI 3 and will get security updates on a monthly basis.

Moreover, the company could launch the Galaxy XCover 5 in Europe for around €289 and €299 which seems lesser as an upgrade over Galaxy Xcover 4s that was released for around €299. Still, we have not any official confirmation regarding its launch date but we can expect that it is going to be launched at the end of this year or maybe late.