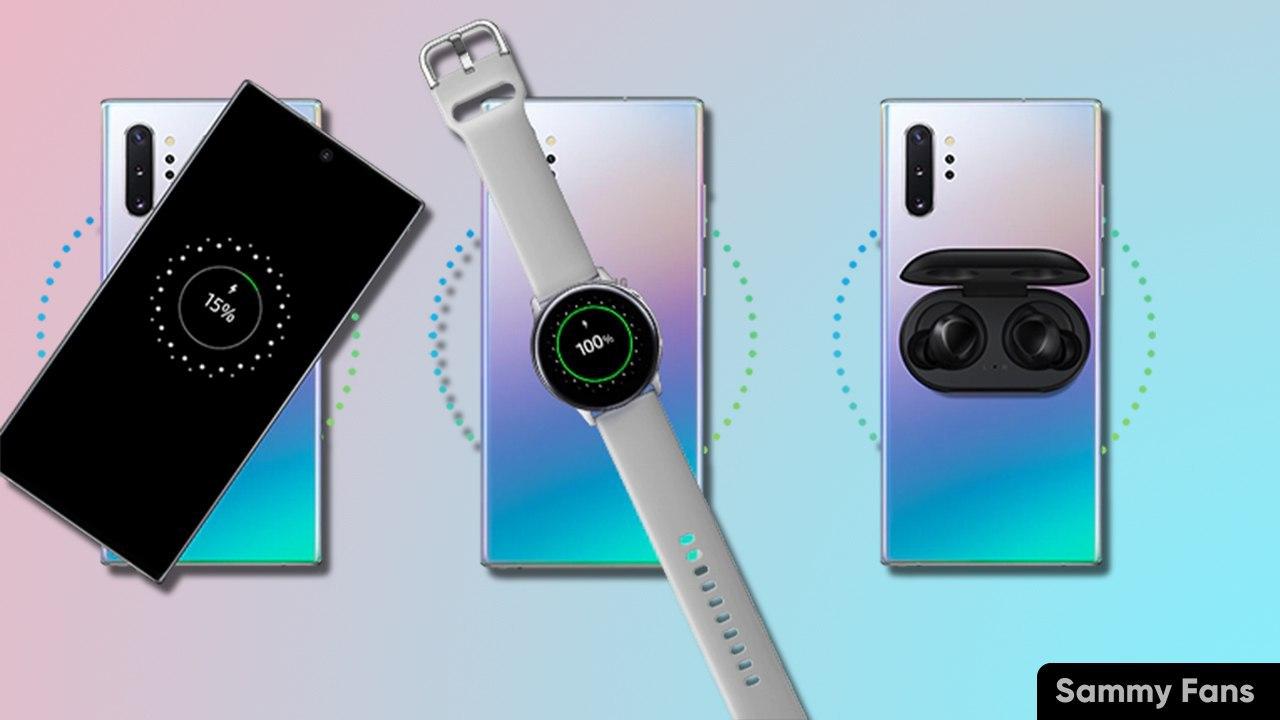 
Samsung wireless PowerShare is an innovative feature that allows you to convert your Samsung flagship into wireless chargers. Also known as reverse wireless charging, it gives you the power to share your battery and easily charge the Galaxy Watch or Galaxy Buds+.

It works on Qi-certified devices, which is standard, so as long as you can charge the device via Qi, you can give some power from your phone.

When you have a low battery, it is very easy to get a boost with power-sharing. To use the wireless PowerShare, place your Galaxy S10, Note 10, S20, Note 20 series, Z Flip, or Z Fold 2 on the rear backside on a hard surface such as a table. Then place the charging device on the back of the phone. The charging screen should appear on the screen, or in the case of Galaxy Buds+, the charging light will indicate.

If somehow you are facing any issues related to your Wireless PowerShare features during charging your device, below are the troubleshooting that can fix this problem.

NOTE: Wireless PowerShare works with most Qi-Certified devices. Requires a minimum 30% battery to share. The speed and power efficiency of charge vary by device. May not work with some accessories, covers, or other manufacturer’s devices. If you have trouble connecting or charging is slow, remove any cover from each device.

Note: In areas with low signal, wireless charging may interfere with call and data reception.

How to fix Wireless PowerShare issues

Remove third-party cases or covers from both devices.

Make sure the phone that is providing power has sufficient charge.

Note: If you are using a Galaxy Fold, please close the phone before starting Wireless PowerShare.

Place the devices on a flat surface with plenty of space.