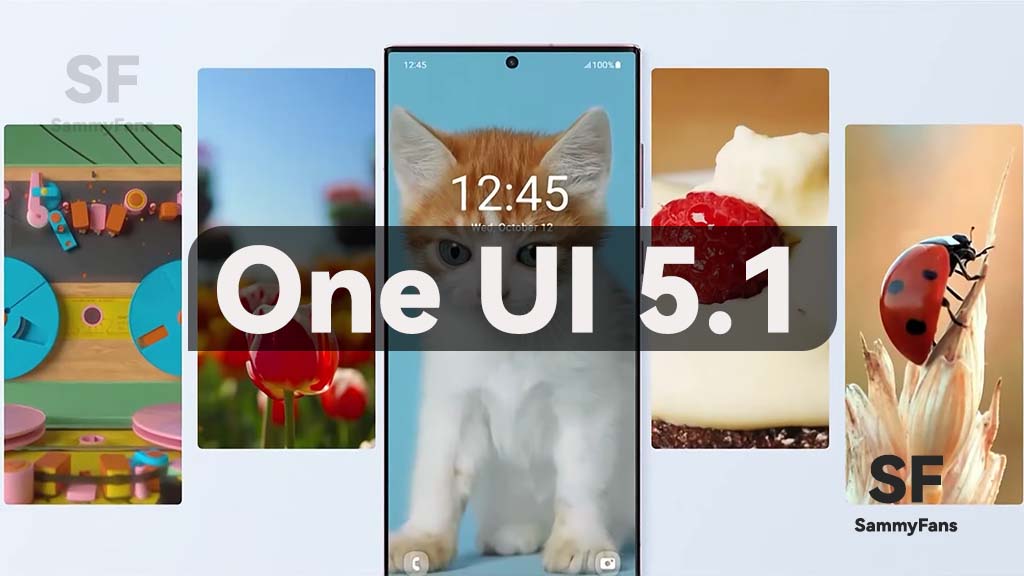 Samsung One UI 5.0 software that is based on Android 13 OS is currently in the beta phase and will release publically this month. Ahead of this, Samsung Newsroom has officially confirmed the upcoming One UI 5.1 software.

Samsung Netherlands Newsroom has recently shared a new post revealing the new features and functions of the One UI 5.0 upgrade. The newsroom announcement clearly states that some of the new lock screen features will only be available in One UI 5.1.

However, which Lockscreen features are coming to One UI 5.1 are not clear. All the new customization options mentioned for the lock screen are already there through the One UI 5.0 beta update.

Nor is there any possibility that Samsung can remove any of these lock screen features as these are available from the beginning and there is no problem in using them.

In the fourth One UI 5.0 Beta update for Galaxy S22 devices, Samsung has removed the Multi-user feature and said that it’s not coming in the stable version too. Simultaneously, the One UI 5.0 Beta 5 which was released earlier today ditched the Bixby Text Call feature.

It looks like we’ll see these two features in the One UI 5.1 upgrade. It’s worth notable that Samsung Newsroom nowhere mentions that these features will be available in One UI 5.1, it is just our expectation from the company.

Samsung will launch the Galaxy S23 series devices sometime in February 2023. These smartphones will come with a few major upgrades over the current Galaxy S22 models and One UI 5.1 software, which will be based on Android 13 OS, is one among them.

Samsung One UI 5.1 is already under development: Leak

Samsung should bring back multi-user feature with One UI 5.1 [Android 13]

Samsung is internally testing Galaxy S23 smartphones’ firmware as another test build spotted on the server. According to input (via @tarunvats33), the company is now testing the third build on the Galaxy S23 device, which carries build version ending AVKT.

One UI 5.1 to be available for these Samsung Galaxy devices (Android 13)

After the official Galaxy Z Fold 4 and Galaxy Z Flip 4 unveiling, Samsung has shifted its focus on the next-gen Galaxy S series, which will launch in the first quarter of next year. The Galaxy S23 series will debut with new hardware and software including Snapdragon 8 Gen 2 and One UI 5.1.

In early August, Samsung started the Android 13 OS adaptation, bringing the One UI 5.0 version to Galaxy devices. For the last two years, the company is following a strategy to bring the new Android OS first with x.0 version and then deliver more new features with the x.1 iteration.

It’s expected that the South Korean tech giant could follow the same and bring additional features with the Android 13-based One UI 5.1 version. As Google has recently released Android 13, there’s a little pressure on the OEMs to start the distribution of the new OS to eligible devices.

Thanks to Samsung’s solid Android upgrades rollout strategy, we already have plenty of good idea over which Galaxy devices will be eligible for the next One UI 5.1 version update, based on Android 13. Compared to the One UI 5.0, the One UI 5.1 will bring additional features and improvements to the Galaxy devices.

Before heading to the list, it’s important to mention that the neither below-listed devices confirmed by Samsung, nor the One UI 5.1. However, you can assume it is the final list as all devices receiving the Android 13 OS will surely get the One UI 5.1 as well.

Aside from the above-listed Galaxy devices, more Galaxy A, Galaxy M, and Galaxy F series devices will also receive the One UI 5.1 update.

Apart from this, the new One UI 5.0 brings various new and useful features for Galaxy consumers. The Camera Watermark feature is the most highlighting addition, plus, the upgraded Camera interface enhances the overall usability.

Samsung showcased advanced customization abilities of the One UI 5.0 software system at SDC 2022. At the same time, the company teased new battery widgets that show level of all paired devices along with the phone, but, seems like, the widgets are reserved for the One UI 5.1.

As shown in UI screenshots, the new battery widgets of One UI 5 may be available in three different layouts including a boxy, a circular, and a pill-shaped one. The boxy widget design is quite similar to the Smart Suggestions widget that arrived with the One UI 5 update.

The boxy widget has a header with text “Battery” and shows device icon, followed by device’s name, battery level bar and percentage of battery.

The last one is a pill-shaped battery widget, which looks quite similar to the pill-shaped cutout of the Galaxy S10. This widget style has device icon at the left corner, battery level bar in the center, followed by level in percentage in a numbered format.

The hidden battery widgets feature’s settings include Select device type, background color, and transparency adjustment tool. Moreover, it has an option so you can let the widget adopt dark theme, following the overall device Settings.

We are guessing that the Korean tech giant may release these new battery widgets to consumers with future software updates in November or December. If it not happens, Samsung will surely debut the new widget design with One UI 5.1 software alongside the Galaxy S23 series.