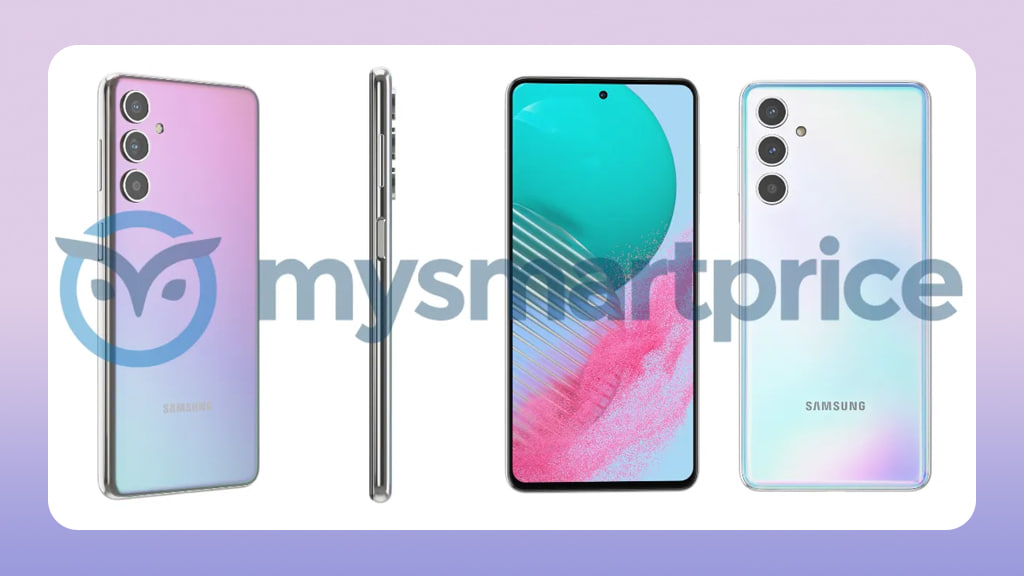 After the Galaxy S23 series, Samsung will launch new products in its mid-range and budget portfolio. In a recent development, the renders of upcoming Galaxy M54 5G smartphone have emerged which reminds me of Note 10’s Aura Glow colourway.

Thanks to MySmartPrice, the Galaxy M54 5G looks exact clone of the Galaxy A54 5G smartphone, which is also on the verge. The blog managed to create the Galaxy M54 5G design renders with the help of information provided by its industry sources.

As shown in the renders, the Galaxy M54 5G could not only bring back the Galaxy Note 10’s Aura Glow colorway, but also has a second color shade – Dark Blue. In addition to renders, the source also brought us the 360-degree video of the smartphone in both colors. Have a sneak peak below:

Following the company’s signature design language, the Galaxy M54 5G smartphone appears to be bringing the Galaxy S23-like vertical camera design on the back. All three camera sensors are placed independently, ditching the camera bump.

In addition, there’s an LED flash on the back side, which is placed nearby the top camera sensor. Probably, the smartphone could feature a polycarbonate body, which Samsung calls “glasstic” for the rear panel. There will also be a gradient colour option with shades of blue, pink and green.

On the front, the Galaxy M54 5G has a hole-punch cutout at the top centre with flat screen and narrow bezels all sides. It could lack the Galaxy A54-like in-screen fingerprint sensor in favor of the same feature on the side key, also known as power button.

Under the hood, the M54 5G is likely to be equipped with Samsung’s own-made Exynos 1380 chipset along with memory options like 8GB of RAM 128GB storage. Out of the box, the phone will run the latest Android 13-based One UI 5.x operating system with 2 OS and 4 years of patch updates support. 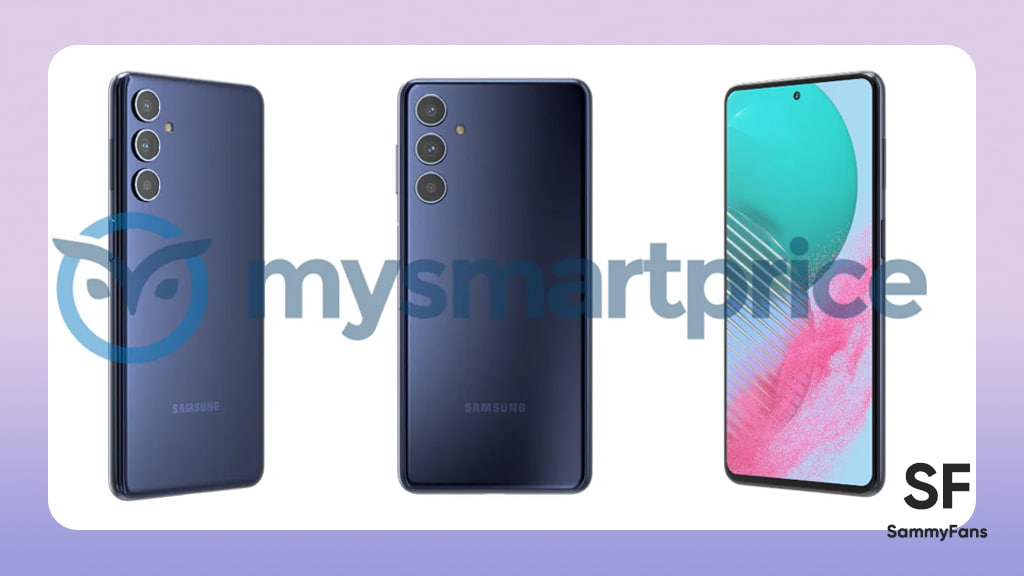 Samsung Galaxy S23’s 3.36Ghz Snapdragon chipset is made by TSMC 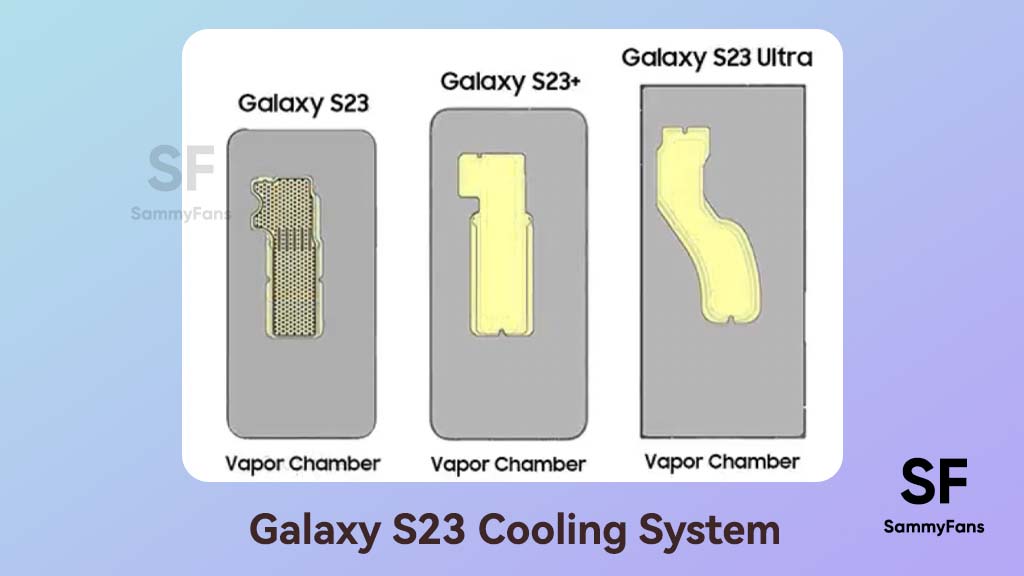 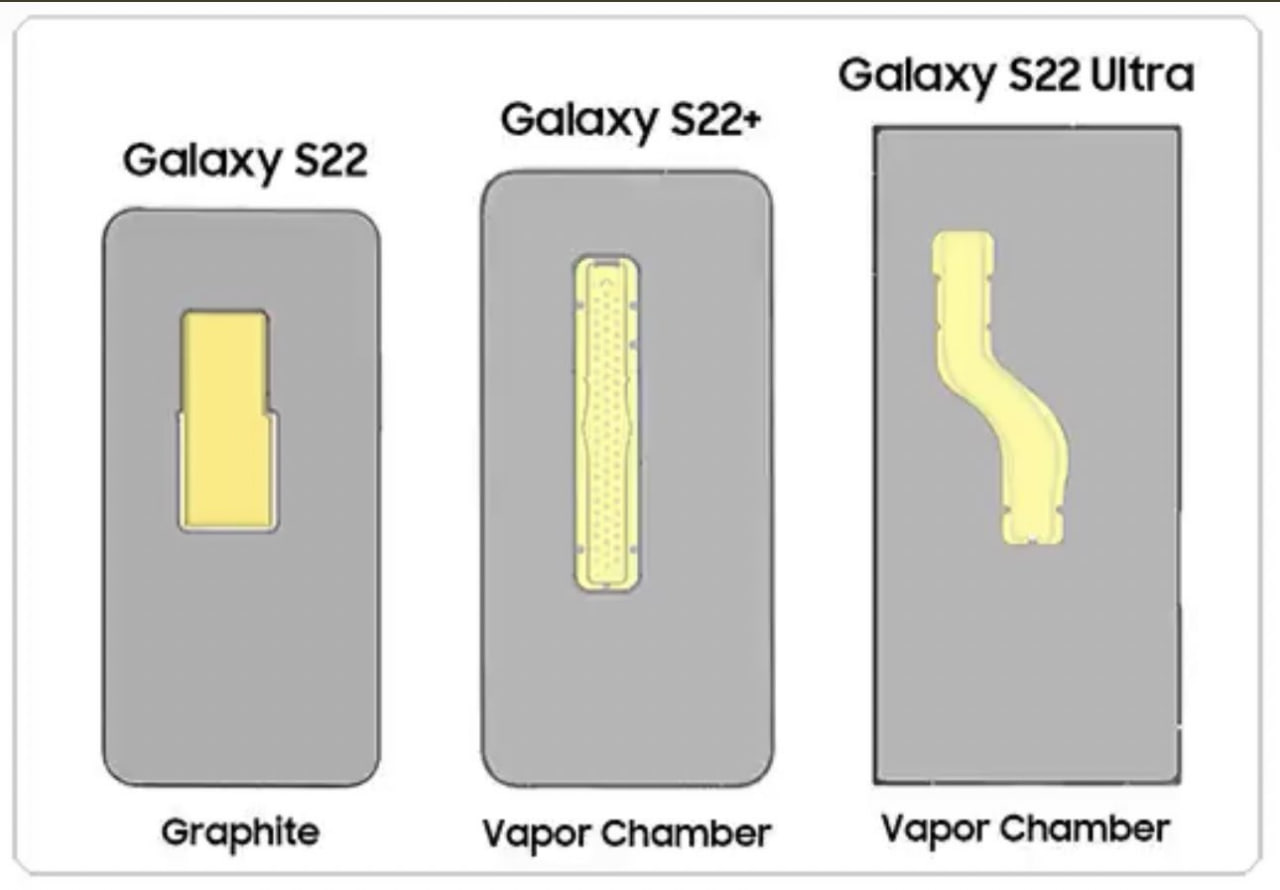 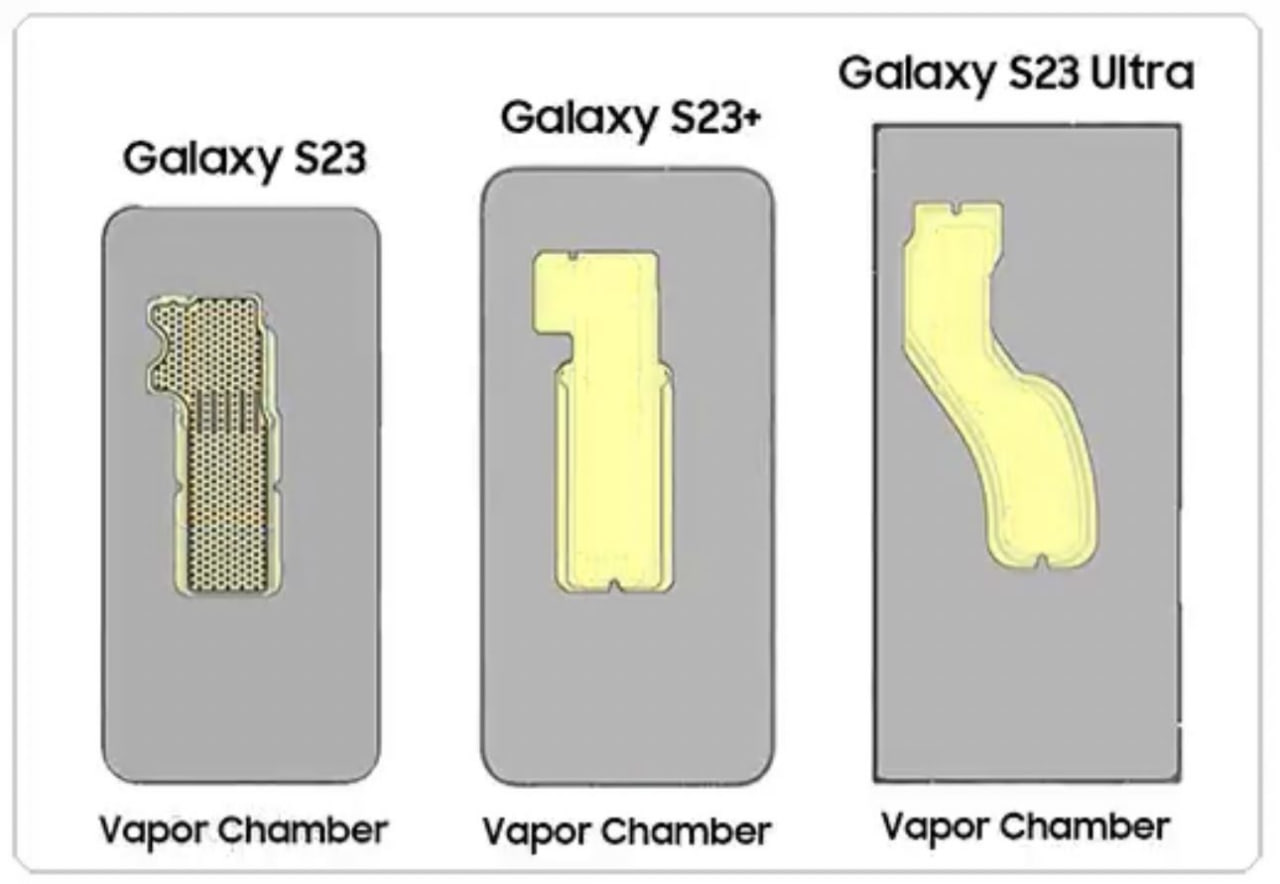 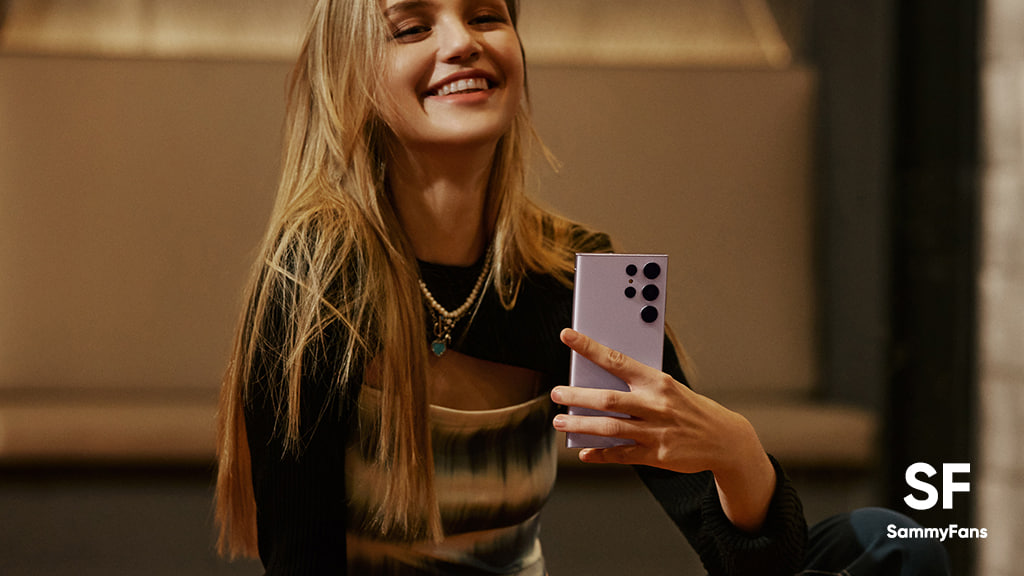 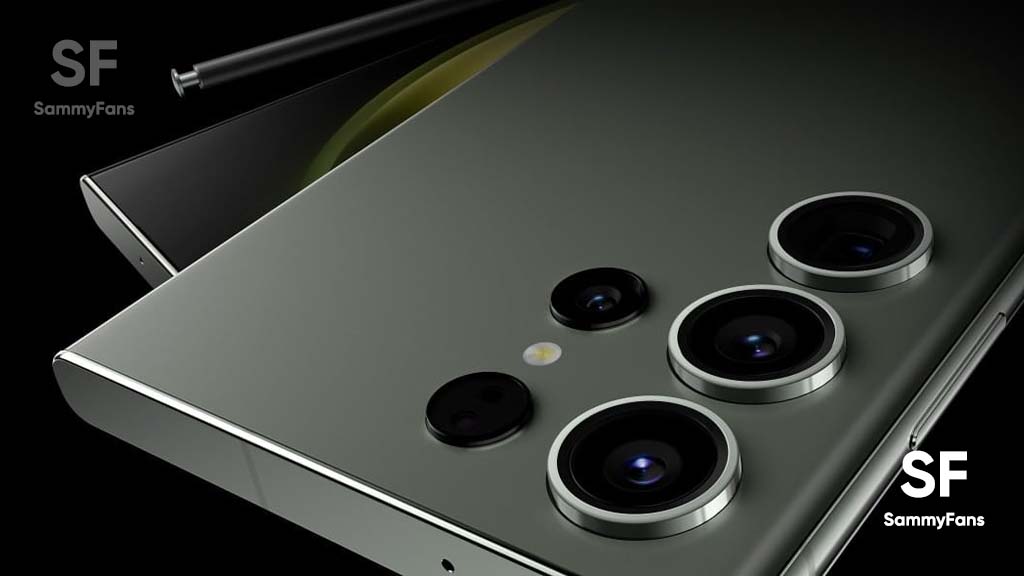 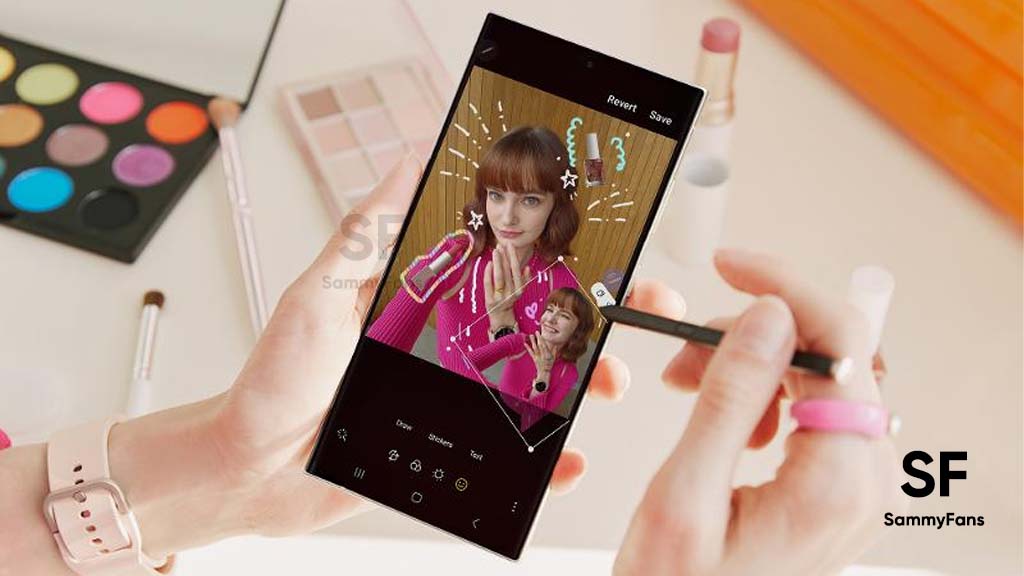 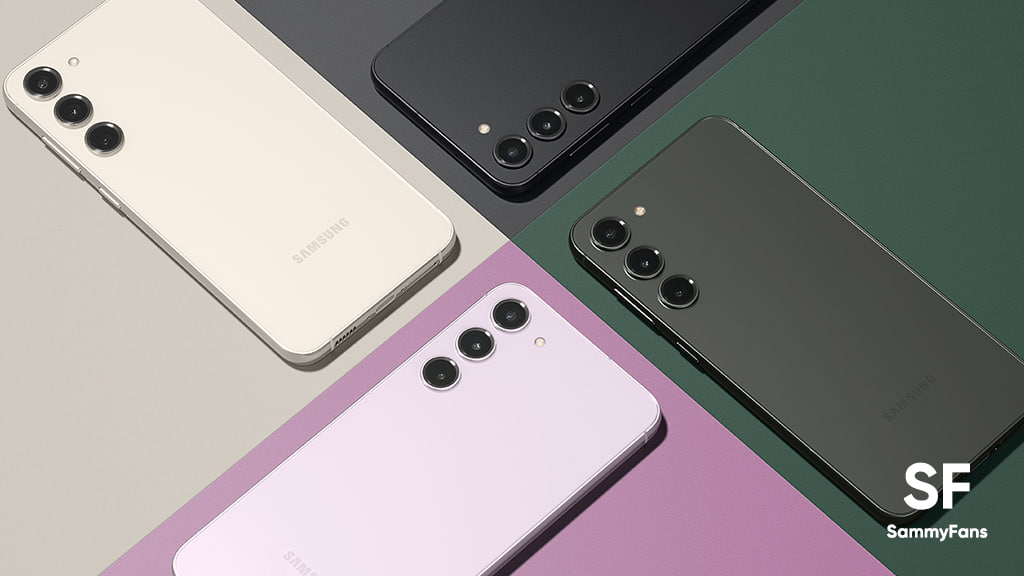