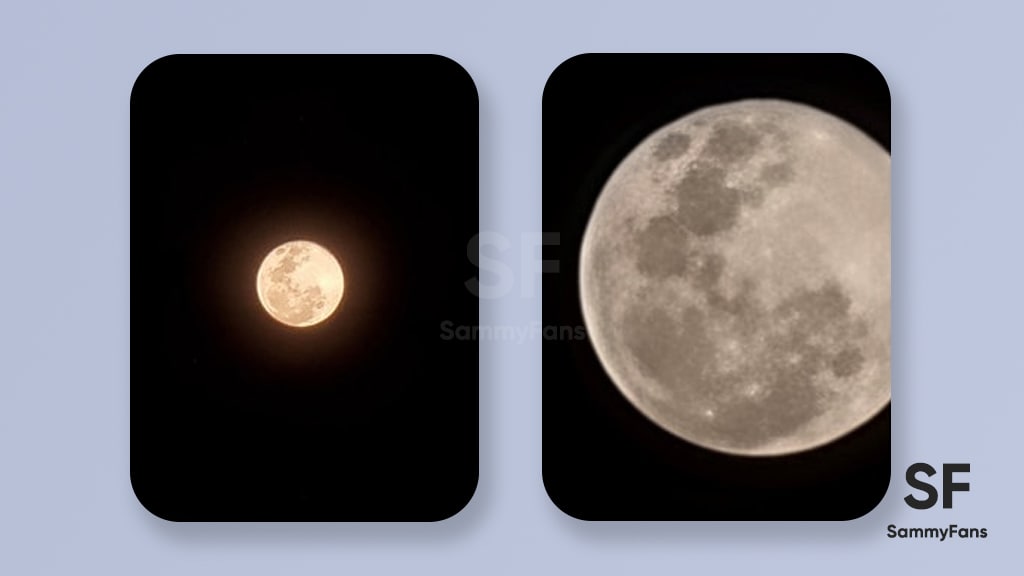 Samsung ships the best camera smartphones in the industry, and the upcoming beast is Galaxy S23 Ultra. Thanks to the innovative Telephoto camera sensor and software optimization, it’s now possible to capture images of the Moon, with just a Samsung Galaxy smartphone.

Today, we are discussing how your Samsung phone’s Space Zoom photography feature works. Regardless, hardware is the key factor to introduce a huge zooming/magnification range, but, well-optimized software significantly improves the overall experience. That’s what Samsung does, others not.

Way back in 2019, Samsung introduced AI technology to the mobile camera when it launched the Galaxy S10 series. The company developed a Scene Optimizer feature that helps AI to recognize the subject and provide you with the best photography experiences regardless of time and place.

In addition, a detail improvement engine feature has also been applied, which makes the picture clearer. If you don’t want to capture photos using AI technology, you can do it by just disabling the Scene Optimizer from the camera viewfinder.

Samsung developers created the Moon recognition engine by learning various shapes of the Moon from full to crescent, based on images that people actually see with their eyes on Earth. It uses an AI deep learning model to show the presence and absence of the moon in the image and the area (square box) as a result.

Moreover, the pre-trained AI models can detect lunar areas even if other lunar images that have not been used for training are inserted. However, the Moon can’t be normally recognized if it is covered by a cloud or something else (non-lunar planets). 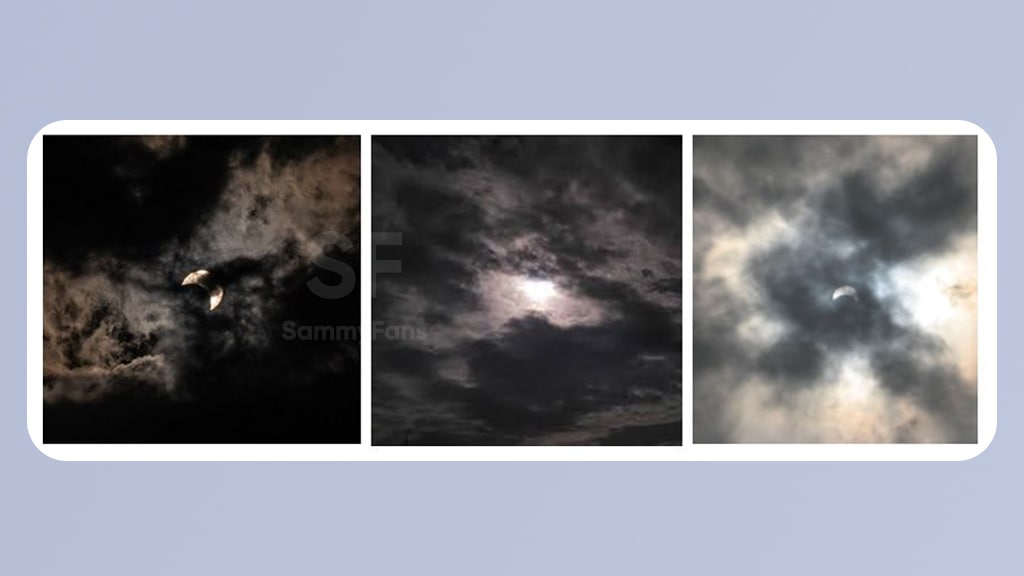 Well, AI enhances photography of the Moon, but better results require powerful hardware part as well. As it’s difficult to detect a small Moon in regular AI photography, the Moon’s photography is possible from 25x zoom or higher.

As soon as your Galaxy phone’s camera recognizes the Moon in the high-magnification zoom, the brightness of the screen is controlled to be dark so that the Moon can be seen clearly on the camera viewfinder, alongside maintaining optimal brightness.

If you shoot the Moon in the early evening, the sky around that is not the color of the sky you see with your eyes, but it is shot as a black sky. The tech behind this function is that when the Moon is recognized, it changes the focus to infinity to keep the moon in focus.

Starting the Galaxy S20 series, Samsung shipped the Ultra variants (S20 Ultra/S21 Ultra/S22 Ultra) with the capability of magnification up to 100x. When the user shoots the Moon with 100x zoom/magnification, it looks greatly magnified, but it is not easy to shoot because the screen shakes due to shake of hands.

For this, Samsung created a functionality called Zoom Lock that reduces shaking when the Moon is identified so it can be stably captured on your Galaxy phone’s screen without a tripod. Zoom Lock unites OIS and VDIS technology in order to maximize image stabilization to radically surpass shaking.

If you touch the screen at high magnification or shine the Moon without moving for more than 1.5 seconds to lock, the zoom map border (in the upper right of the screen) changes from white to yellow, and the Moon no longer shakes, making it easy to shoot.

Once the Moon is visible at the proper brightness, your Galaxy Camera completes a bright and clear moon picture through several steps when you press the capture button. At first, the application double-checks whether the Moon detail improvement engine is required or not.

Second, the camera captures multiple photos and synthesizes them into a single shot that is bright and noise-reduced via Multi-frame Processing. Due to the long distance and lack of light in the environment, it was not enough to give the best image even after compositing multiple shots.

To overcome this, the Galaxy Camera uses a deep learning-based AI detail enhancement engine (Detail Enhancement technology) at the final stage to effectively remove noise and maximize the details of the Moon to complete a bright and clear picture.

To make Moon photography stable and easier, the Zoom Lock function, an image stabilization function, is used to provide clear moon photos on the preview screen. Once the Moon is positioned within the screen in the desired composition, press the shooting button to start shooting.

At this time, the Galaxy Camera combines multiple photos into a single photo to remove noise. As result, a bright and clear moon picture is completed by applying detail improvement technology that brings out the details of the moon pattern. 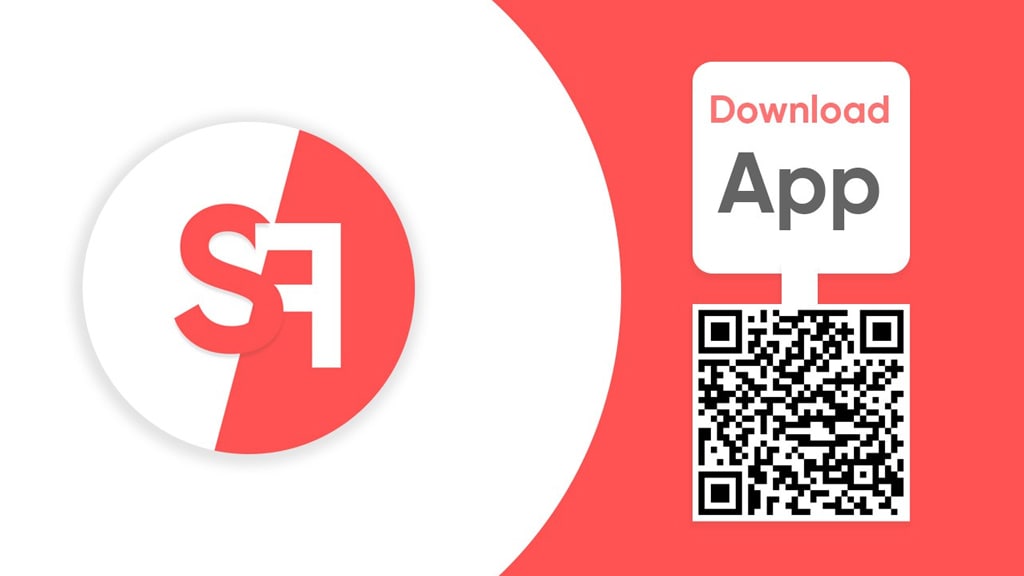 Yes, Guys, the SammyFans app is now launched (on Apr. 26) and you can download the app directly from Google Play Store. The app will bring you a daily dose of Samsung news right into your hands.

The mobile app will bring you insights into various sections and technologies released by Samsung and you can get them all in one app.

REQUEST – Following the installation, we request you to review the Sammy Fans app and rate it on Play Store. Thank you Sammy Fans. 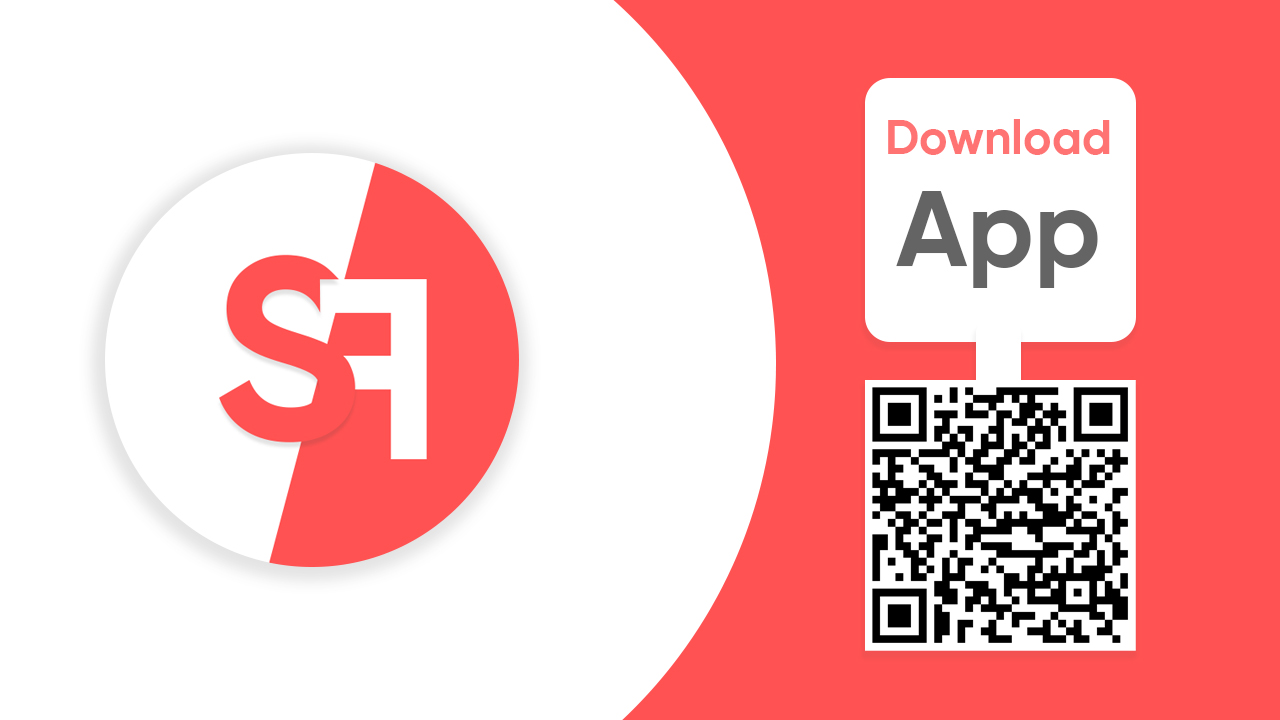 Latest News: Get the latest news at your fingertip. 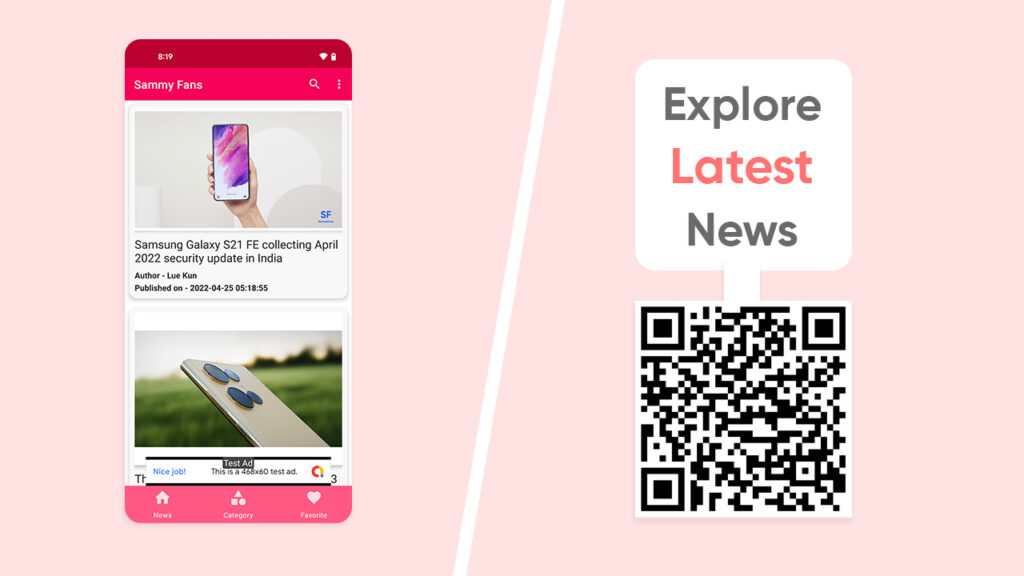 Search: Navigate through the search bar to search the way you want. 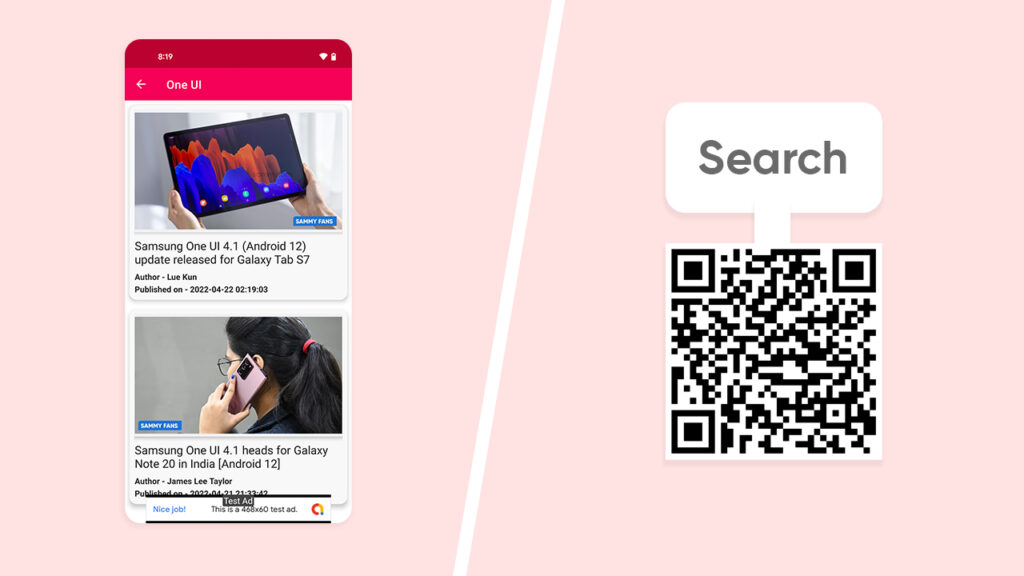 Read Through: Read the article in detail. 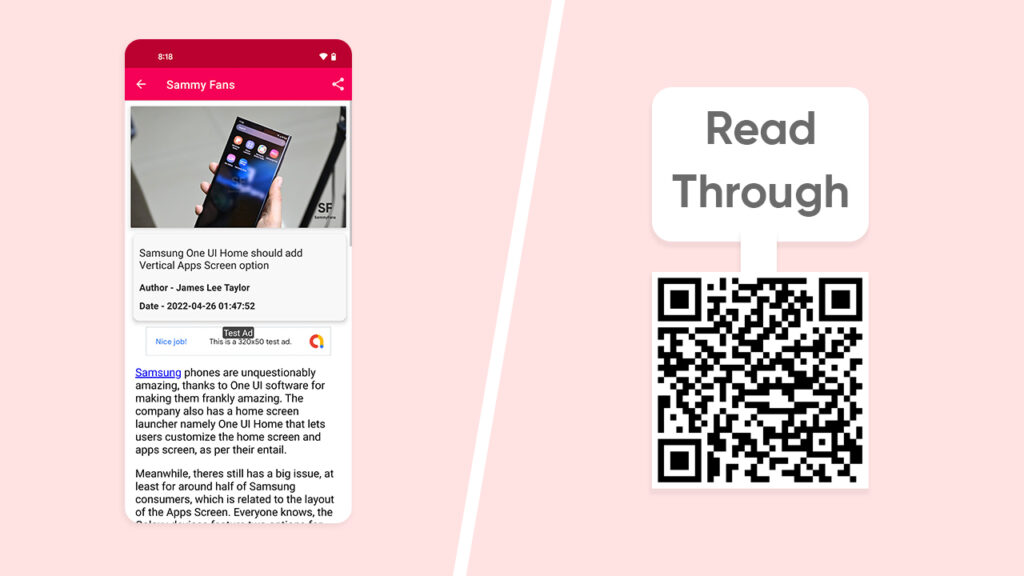 Categories: There are various categories to sort out the news. 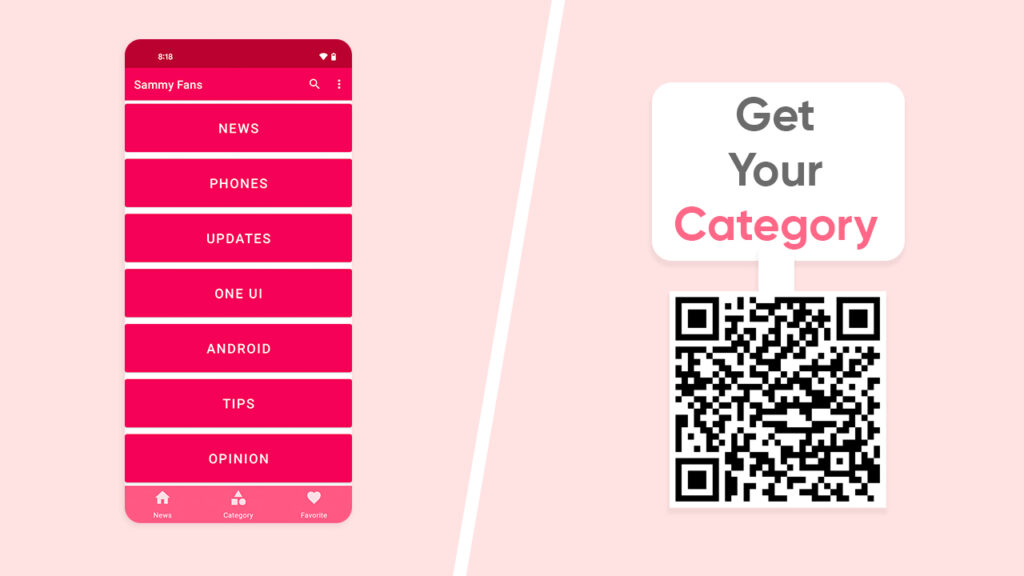 We’re continuously working on the app, and will continue to enhance the user experience of the Sammy Fans app to get you more out of this creation.

If you have any suggestions or queries regarding the Sammy Fans mobile app, email them at app_help@sammyfans.com 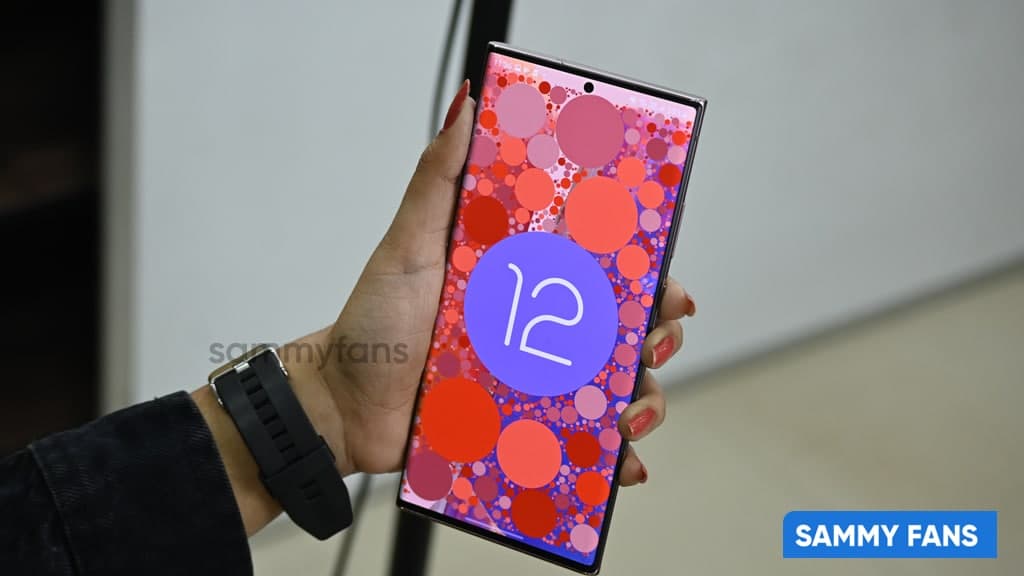 Samsung has already shared its roadmap for One UI 4.0 rollout in different regions including the US. According to that rollout roadmap, the company has started the rollout process, which says the Galaxy Note 20 series users are next in the line to receive the major Android update, followed by the Galaxy Fold 3 and Flip 3 users, and later to the Galaxy S20 series in December 2021/January 2022.

If you are thinking about whether or not your Galaxy device will get the major Android OS this year – I am going to share the exact list below for a clear understanding.