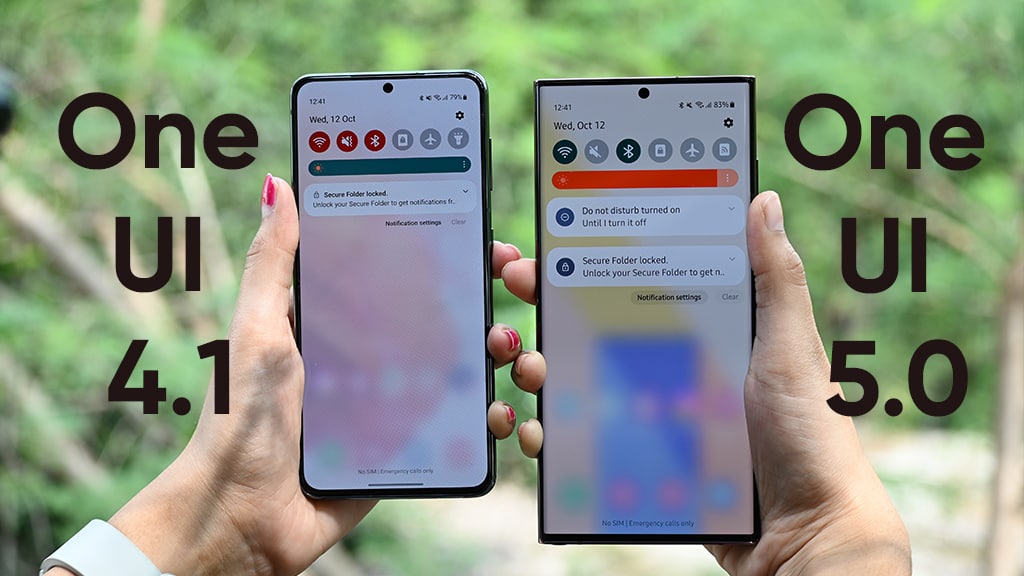 One UI 5.0 sweetened animations, brings new app icons, and some notable changes to the quick settings panel, notification panel, home screen, etc. In this article, we will compare the user interface of Samsung’s previous One UI 4.1 software with the new One UI 5.0 software. Let’s check out what changes the company brings.

One UI 4.1 Quick Settings Panel brought a larger brightness bar so it’s easier to see and adjust and the notification shade is less transparent. Whereas, the Notification panel introduced separation for silent and alert notifications to make it easier for you to triage information as it arrives.

On the other side, there were no notable changes in the rest of other elements of the user interface.

One UI 5.0 brings further improvements to Samsung’s user interface. First of all, it has new and bolder app icons that give users a completely new look to their phones. The company has slightly reduced the transparency that improves the visibility of text elements and toggles. Whereas, the brightness slider adopts better dynamic colors from the wallpaper.

Furthermore, the Notification panel has subtle changes in the design. The company has tried to produce a clearer look, at the same time, keeping a separate space for different groups of apps or priority ones. It has received minor optimizations such as a new solid round background shape.

At the same time, if you receive more than one notification from a single application, you will see the icons stack below search other. It not only indicates that there are more notifications but also creates a pleasant effect. Aside from these, the “Notification settings” and “Clear” options placed at the end of the notification shade have also got their own rounded box.

Moving on to the Recent menu, it now has a new feature that will show you the apps running in the background so that you can easily determine what apps are consuming battery when you are not using your phone. Moreover, the Volume panel also gets a few improvements. It now better adopts Color Palette so that it can match your phone’s entire theme.

Samsung One UI 4.1 user interface was good. But with One UI 5.0, the company has tried making it more clear and easy to use. The new notification panel that now has bigger app icons is praised, now you can now more easily choose which notification is useful and which is not.

At the same, the app icons, which are getting some gradient effects, look good and also end that boring sense of the One UI 4.1 interface. The Recent menu is also nice, you can now clearly detect which apps are drawing battery on your phone through the “active in background” function.

Overall, I can say that Samsung has greatly worked to bring us a clearer and more effective user interface on One UI 5.0/Android 13. The new interface’s look and feel remain modern and sleek.

One UI 5.0 vs One UI 4.1 – Samsung took Lock Screen customization to next level!

One UI 5.0 vs One UI 4.1 – Samsung Wallpaper and Style section is impressively improved 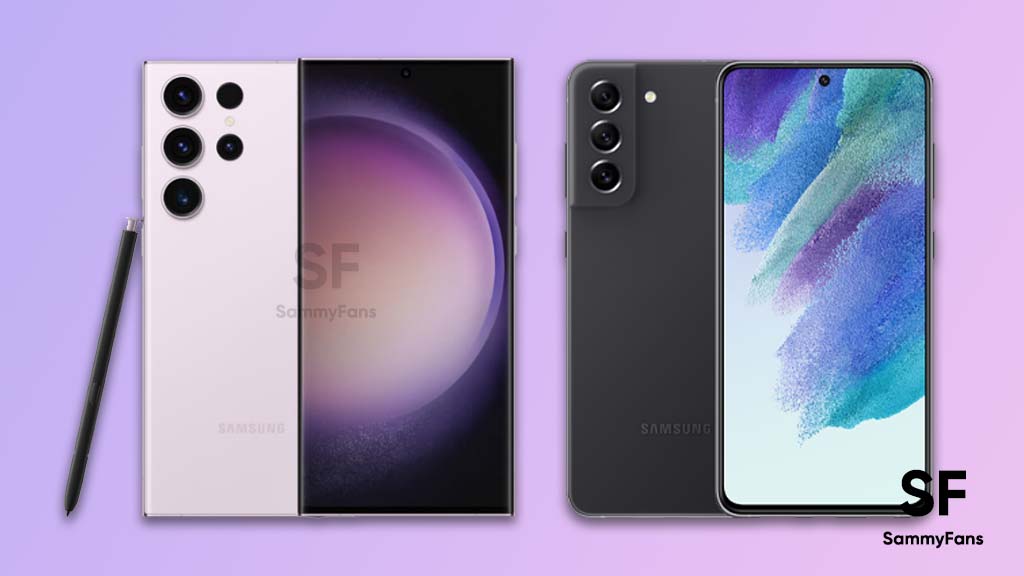 For your information, Samsung launches the Galaxy S23 Ultra with a more durable display, the so far fastest Snapdragon processor, an impressive 200MP camera that offers advanced Nightography, a 5000mAh battery with 45W fast charge support, and others.

On the side of software, it drives Android 13-based One UI 5.1 out of the box and is eligible to get major upgrades up to Android 17 and regular security patches till 2028.

You can grab more details through the comparison table mentioned below.

Well, I would not suggest you switch to S23 Ultra from S21 FE, unless you have a lot of money to waste on a smartphone. In case you are interested, the Galaxy S23 Ultra price starts at $1,199.99 in the US. You will get a further discount during the pre-order period. 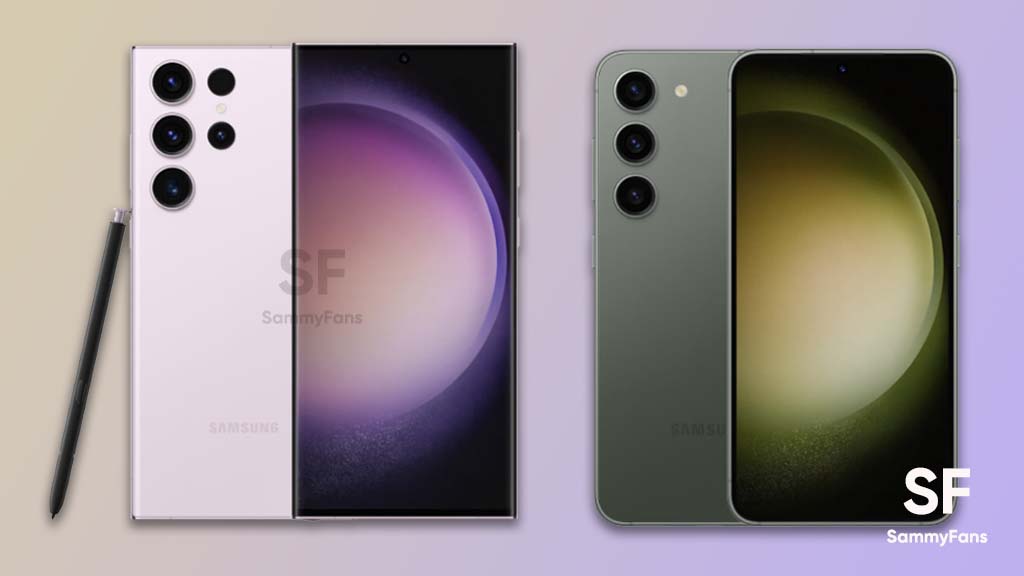 The awaited Samsung Galaxy S23 launch has finally happened. The company brought three high-end smartphones, so which one are you planning to purchase?

Samsung has not made many differences when it comes to the specifications of the Galaxy S23 Plus and the Galaxy S23 Ultra model. However, you can easily recognize one through their designs. The Plus model looks similar to the standard while the Ultra version, having a boxy shape, is so unique.

Both smartphones sport a 120Hz Dynamic AMOLED 2X display and a Galaxy-exclusive Snapdron 8 Gen 2 processor worldwide. The S23+ comes with a 4700 mAh battery whereas the S23 Ultra features a 5000 mAh, and both support 45W fast charging capability.

The major difference can be seen in the Cameras of these phones. While the S23+ has a tripe 50MP camera, the S23 Ultra offers a 200MP quad camera setup. You can have a look at the rest of the other specs of these phones through the comparison table mentioned below.

The Galaxy S23 Ultra is $200 up from the price of the Galaxy S23+ smartphone. However, if you purchase it now, you will easily get a heavy discount alongside other offers. The US prices are: 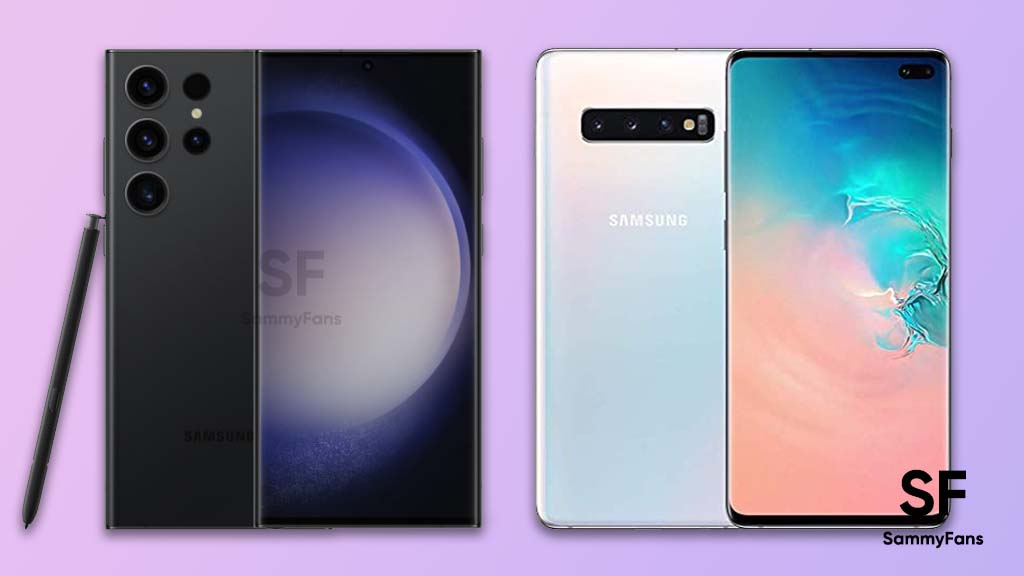 The Galaxy S10+ was undoubtedly one of the best creations of Samsung. But the smartphone is now outdated and it’s finally time to switch to the newly launched Samsung Galaxy S23 Ultra smartphone.

Obviously, there are a lot of new features and meaningful upgrades the Galaxy S23 Ultra is getting. These include a durable and large display, faster performance through an exclusive Snapdragon 8 Gen 2 chipset, a 200MP camera with majorly improved Nightography, and much more.

On the other hand, the S23 Ultra introduces the fresh Android 13-based One UI 5.1 software and will be upgraded till Android 17. Whereas the S10+ will not even receive Android 13, the Android 12-based One UI 4.1 was the last major update for the device.

Moreover, the Galaxy S10+ has a wonderful rear camera design in a horizontal module. However, the design of the Galaxy S23 Ultra is even better and is completely unique. Additionally, the new S flagship gets S Pen support that you can’t use on your Galaxy S10+ smartphone.

You can check out more details related to the specifications of these devices through the comparison table mentioned below.