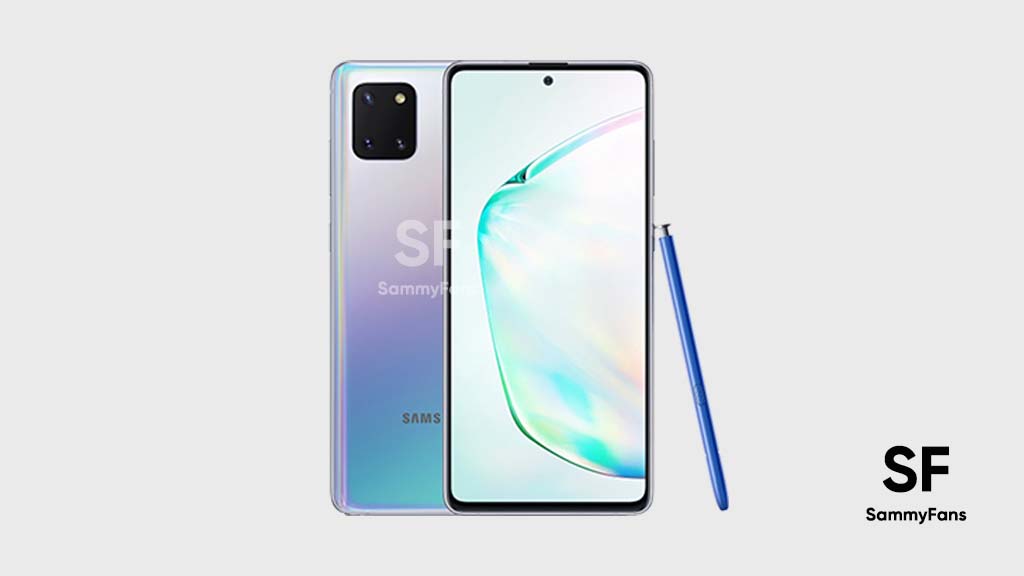 Samsung is now expanding the Galaxy Note 10 Lite Android 13 One UI 5.0 update in India. The latest update comes with plenty of new features and so many improvements including the user interface.

Users can identify it through One UI build version N770FXXU8HVK5 in the country. Meanwhile, to download it, just head over to the Settings >> Software update >> Download and install.

Samsung has finally started to roll out the Android 13-based One UI 5.0 update for the Galaxy Note 10 Lite smartphones. Initially, the update is releasing in France, however, the company will not take much time to spread the update to more users all over the world.

The Android 13 One UI 5.0 update for Samsung Galaxy Note 10 Lite comes with a handful of advanced features and a user interface that will deliver a premium experience on your two-year-old flagship smartphone. Additionally, it installs the November 2022 patch for security purposes.

One UI 5.0 based on Android 13 OS installs dozens of new features to your Galaxy Note 10 Lite smartphone. There are 16 Color Palettes and Basic color options, an Extract text feature that lets you copy texts from images and screenshots, and Stack widgets so that you can easily drag and drop widgets.

Furthermore, with the new Per-app languages features, you can use different applications in different languages, the Notification permission offers you more control over your phone’s notifications, and with the ability to disable RAM Plus, you can fully take advantage of your device’s storage.

On the other side, the company also improves the user interface with One UI 5.0 software. It makes the Notification icons larger in the panel and the system app icons bolder. At the same time, the Settings app is getting three new compartments for Connected devices, Modes and Routines, and Security and Privacy.

In addition to these, the Camera app is getting a new Picture Watermark, histogram, easy zoom, and other features. The One UI 5.0 upgrade also brings a new mini pop-up for incoming calls, improvements to the Wallpapers and Style section, and many more.

In order to get access to the new generation of Android OS, you need to visit your phone’s Settings. From here, enter the Software update menu and tap on Download and install option. Finally, hit the Download button and finish the short installation procedure.

Samsung Galaxy S10 getting November 2022 security update at Verizon US