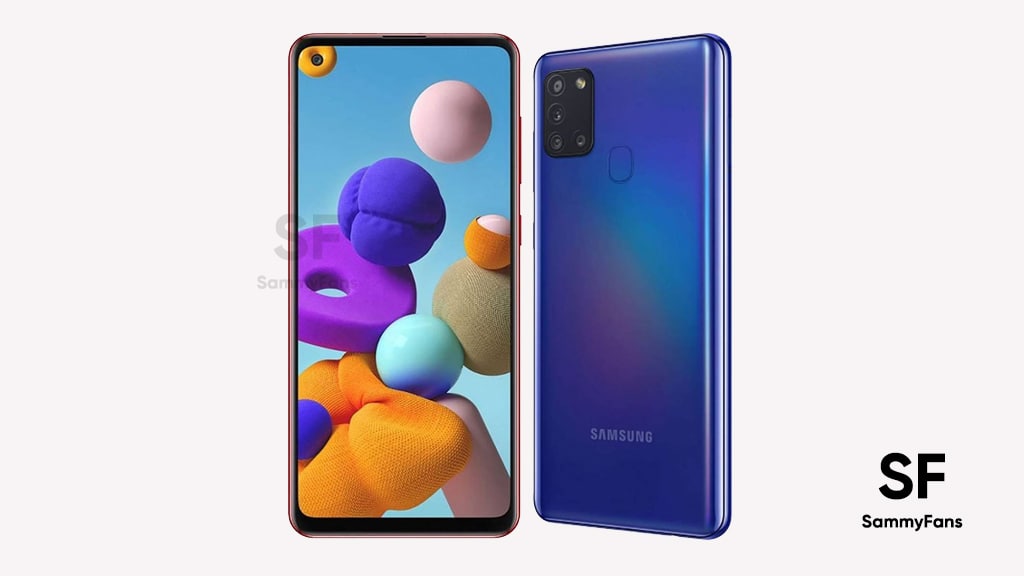 Carrier-unlocked unit of Samsung Galaxy A21 smartphone users are receiving the Android 12-based One UI 4.1 software update in the US. Identified via the build version A215U1UEU7CVI3, the latest update bears a bunch of new features along with various improvements and new personalization options.

Among so many features, the most prominent is the Color Palette that will let you completely customize your phone with the theme based on your phone’s wallpaper. Another notable feature is Grammarly-powered Samsung Keyboard that indicates you when you type a wrong spelling or grammar as well as tells you the correct.

The Camera app is also getting some new feature to enhance your photography experience while the Galaxy app has new editing tools like Object eraser and Shadow eraser so that you don’t need any third party app to edit your pictures.

Next, the Calendar app offers an improved search engine as it gets a new home screen Calendar widget and the enhanced Device Care feature now provides you better accessibility features and more Eye Comfort options.

Besides these features, Samsung has significantly improved the Privacy and security of your phone with the new microphone and camera indigators. Meanwhile, you can also access the third-party apps more seamlessly with the Samsung and Google collaboration.

Samsung is testing the Android 13-based One UI 5.0 update though Beta builds on select Galaxy smartphones. At the moment, only Galaxy S22, Galaxy S21, Galaxy S20, and Galaxy A52 devices get a change to test these builds while the Fold 4 and Flip 4 are next in line.

But the Samsung Galaxy A21 is not eligible for the Android 13-based One UI 5.0 upgrade, the Android 12 is the last major switch for the devices and now it will receive only security patch updates.