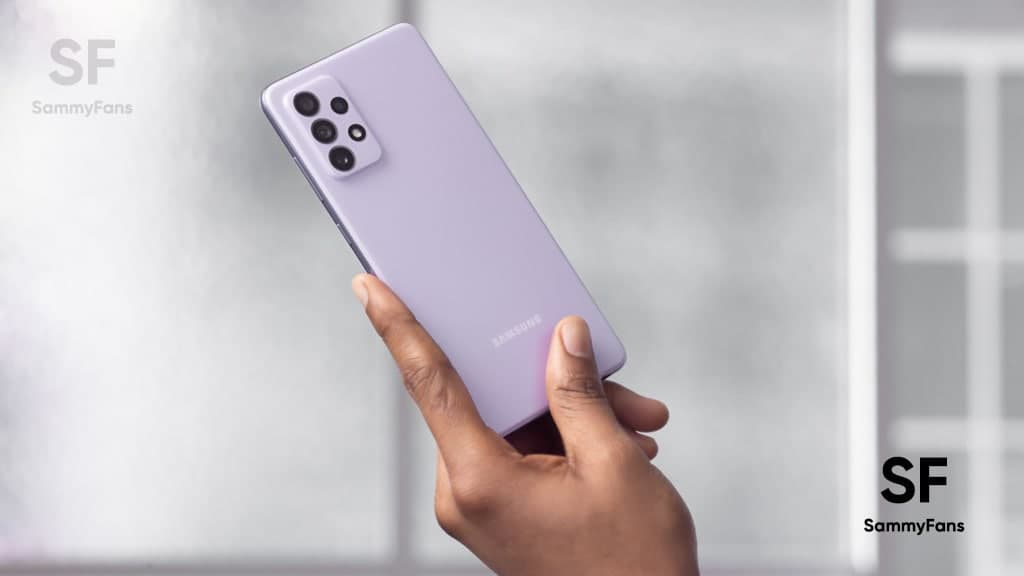 Samsung Galaxy A72 smartphone users have started installing the September 2022 Android security patch alongside the latest software update. This update brings some performance enhancements to the devices as well as fixes common issues that affect user experience.

According to Samsung’s September 2022 Android security patch details, the latest update brings fixes for a bunch of privacy and security-related issues and exposures. These include 21 high levels and 3 moderate levels of CVEs and 29 SVE items from Google and Samsung, which helps in boosting the device’s performance.

In addition to this, the Samsung Galaxy A72 September 2022 security patch update brings some usual changes in order to maintain the users’ experience. The Galaxy A72 devices are getting system security enrichment that protects your files and documents from bugs and viruses and saves them safe on your phone.

Besides this, the latest update also improves the system stability to deliver customers seamless functionality over their smartphones. It ensures that all your phone’s features are working correctly and uninterruptedly.

Other than these, there is nothing major that this device is getting with the latest update. However, a major software update – Android 13-based One UI 5.0 is developing to install on Galaxy A72 that will bring a slew of new features, customization options, and various improvements.

It is worth mentioning that stable One UI 5.0 will release on October 12. It will first reach the premium Galaxy smartphones and then the mid-range devices the Galaxy A series.

Moving ahead, Samsung is releasing the September 2022 security patch for Galaxy A72 with One UI build version A725MUBU4BVI1. It is released for some Central American markets at this time, however, will soon reach other region users.

You can check out the latest software update on your Galaxy smartphone by reaching its Settings apps and then going to Software update >> Download and install. Meanwhile, to bring it, tap on the Download button and finally, the install option.

Samsung Galaxy A13 gets performance boost with September 2022 patch