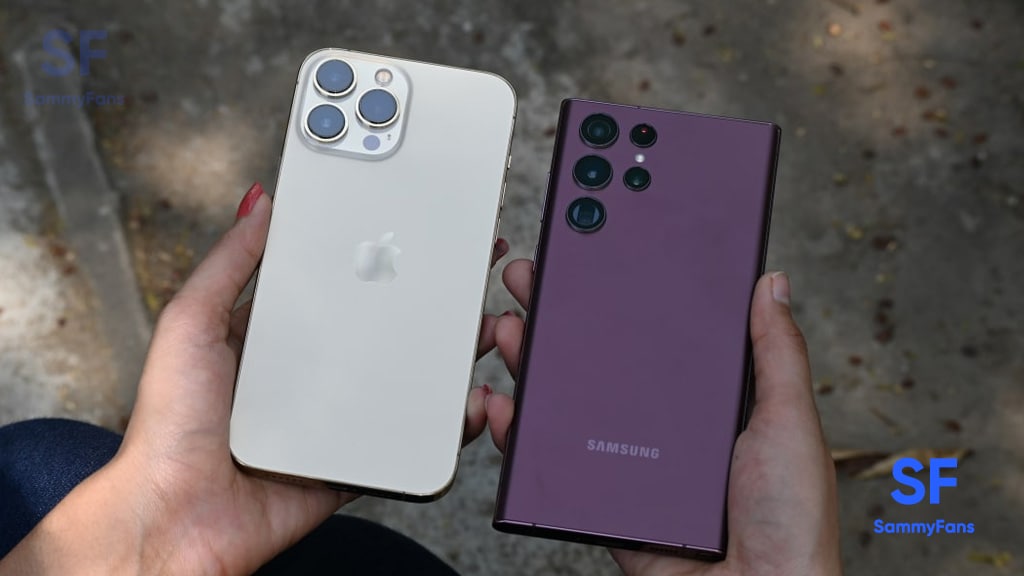 Samsung Galaxy S22 Ultra is the latest flagship smartphone of the Galaxy S series which was launched in February 2022. On the other hand, there is the recently launched Apple iPhone 14 Pro Max. Both smartphones come with amazing designs, powerful processors, high camera configurations, and more. Let’s see which smartphone is stronger through the drop test.

Youtuber PhoneBuff has shared a new video that shows the drop test and results of the Samsung Galaxy S22 Ultra and Apple iPhone 14 Pro Max. The drop doesn’t mean that the test has been done by drop only once, as the YouTuber showed both these smartphones falling from the back, front, and corners.

In the backdrop test, Samsung Galaxy S22 and iPhone 13 Pro Max’s functions work fine but scratches have appeared. However, both flagships get full marks in the corner test. But after face drop, the screen is broken but still, the functions are working well.

Samsung may introduce satellite connectivity for Galaxy phones, as well! 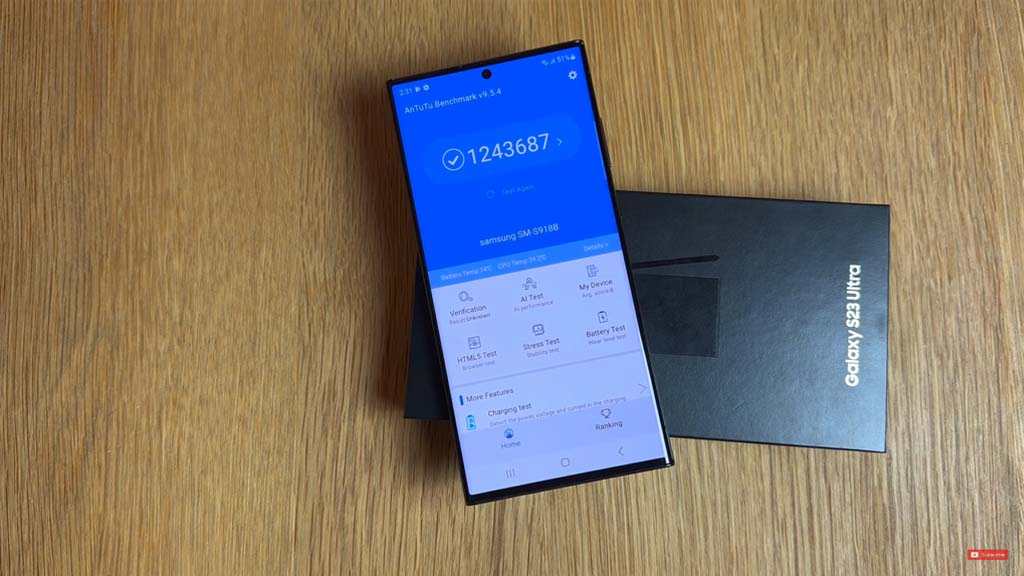 One of the most disliked parts of the old Samsung S phones was their processor. Thankfully the company has fixed it this year. The newly launched Samsung Galaxy S23 Ultra packs an exclusive Snapdragon processor and AnTuTu benchmark scores have confirmed that it delivers incredible performance.

Samsung used to offer two processors various for its flagship S series phones, one from Qualcomm and another is Exynos, region-wise. Due to this, customers in some countries, such as Europeans had to satisfy with low-performance Exynos variants.

But this is not the case this year. Samsung is equally treating the Galaxy S23 customers worldwide. The company has partnered with Qualcomm and installed a Snapdragon processor on all Galaxy S23 phones named ‘Snapdragon 8 Gen 2 for Galaxy‘. 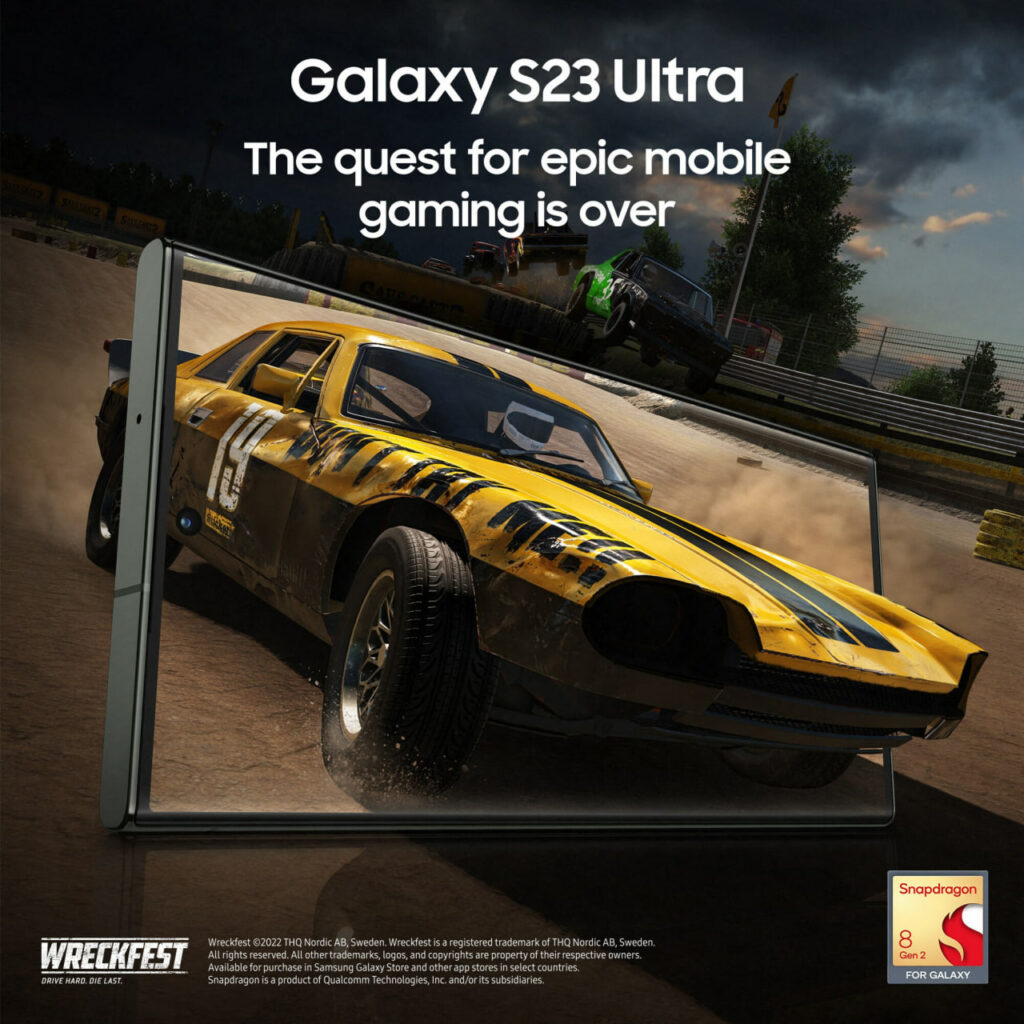 Since it was a new experiment, Samsung customers were worried whether it would deliver good performance compared to the regular Snapdragon 8 Gen 2 chipset or not. Fans can finally heave a sigh of relief as the AnTuTu test scores have proved that the Samsung Galaxy S23 Ultra is a great performer.

YouTuber FoneTech has recently performed the AnTuTu test on the Galaxy S23 Ultra smartphone and its final score was 1243687. These scores are much higher compared to Snapdragon 8 Gen 1 Galaxy S22 Ultra’s 997862 scores, showing how hard Samsung has worked to provide the best performance to the users.

You can watch the full test video – 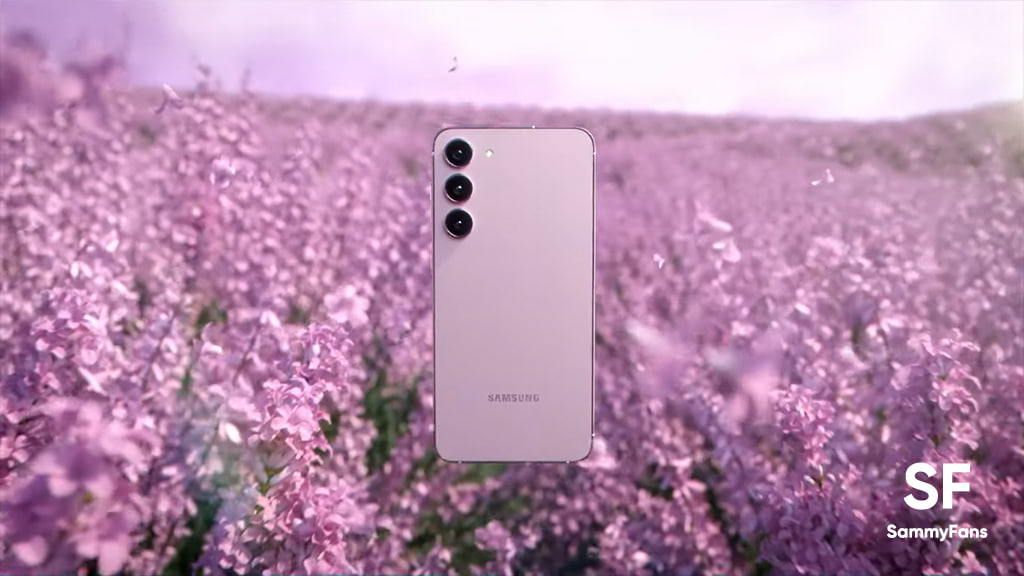 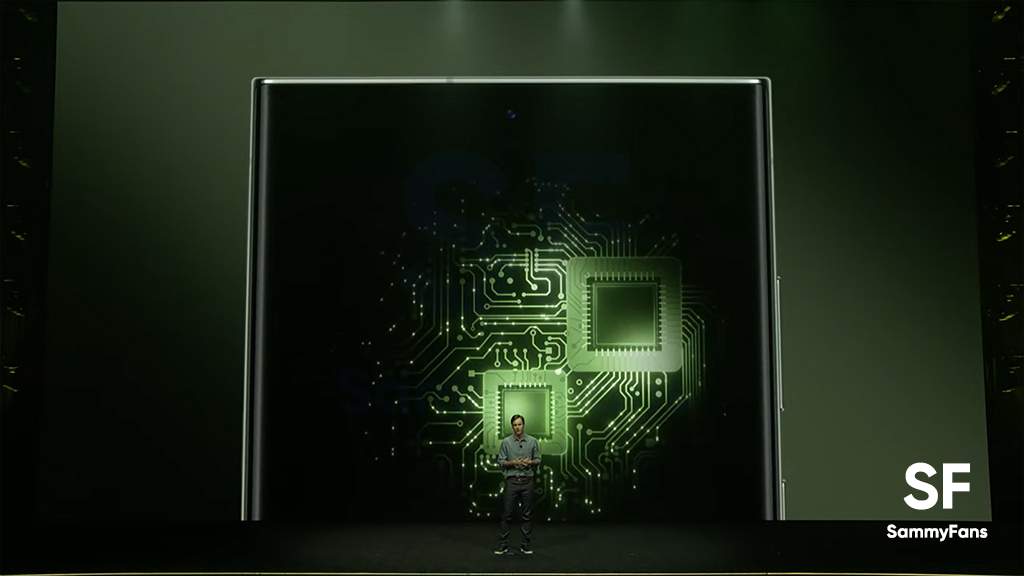 Samsung’s latest Galaxy S23 smartphones are now available for pre-order in various parts of the world. The devices use “Snapdragon 8 Gen 2 Mobile Platform for Galaxy” globally, which is fine-tuned by Samsung and Qualcomm. After a generation upgrade, the Galaxy S23 still brings a GOS toggle, raising questions.

As spotted by androidauthority, the new Samsung Galaxy S23 series has a GOS performance toggle, similar to the Galaxy S22. Notably, “games performance throttling” was an Exynos 2200 problem, but, the GOS toggle’s existence in Galaxy S23 doesn’t make sense.

The Exynos-powered Galaxy S22 models were widely reported to have a performance throttling issue, which was patched with a GOS toggle. Since the Snapdragon 8 Gen 2 is produced by TSMC, the overheating issue should have been fixed, as seen on 8 Plus Gen 1 models.

If there’s not any performance issue, Samsung may have wanted to continue offering users the option to toggle gaming battery/performance optimizations on and off. Since the 8 Gen 2 chip is already well optimized, Samsung’s toggle may not serve anything notable in performance and overheating.

Samsung would start shipping the Galaxy S23 on February 17, while, it’s not appropriate to comment on performance and optimization in the initial days of release. As soon as the device reaches the public, we would be able to share their feedback with our readers.

For now, it’s great to inform you that the Galaxy S23 Ultra defeated all of its rivals in the Android world in the battery drain test. The battery efficiency of the S23 Ultra is even closer to the iPhone 14 Pro Max (just a 10-minute gap from Apple’s flagship).