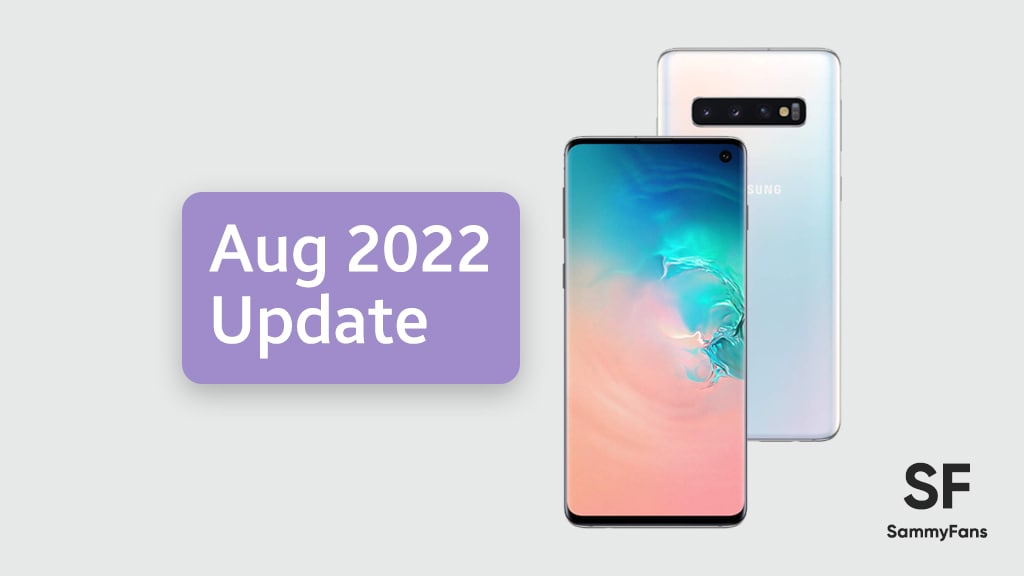 Samsung Galaxy S10e, Galaxy S10, and Galaxy S10+ smartphone users in more than 6 countries have started to get a new software update, which installs the August 2022 security patch.

Aside from these highlighting issues, Samsung’s August 2022 security update might also include further system security and stability improvements for the Galaxy S10 series devices.

As the Galaxy S10 series is now shifted to a quarterly updates schedule, Samsung will end official support within two years. Also, these devices will spend their remaining time on the Android 12-based One UI 4.1.1 software.

To check for software updates manually on your Galaxy, navigate to the system Settings, followed by Software updates. Here, you will get Download and install button, simply press it and let your phone fetch a new OTA.