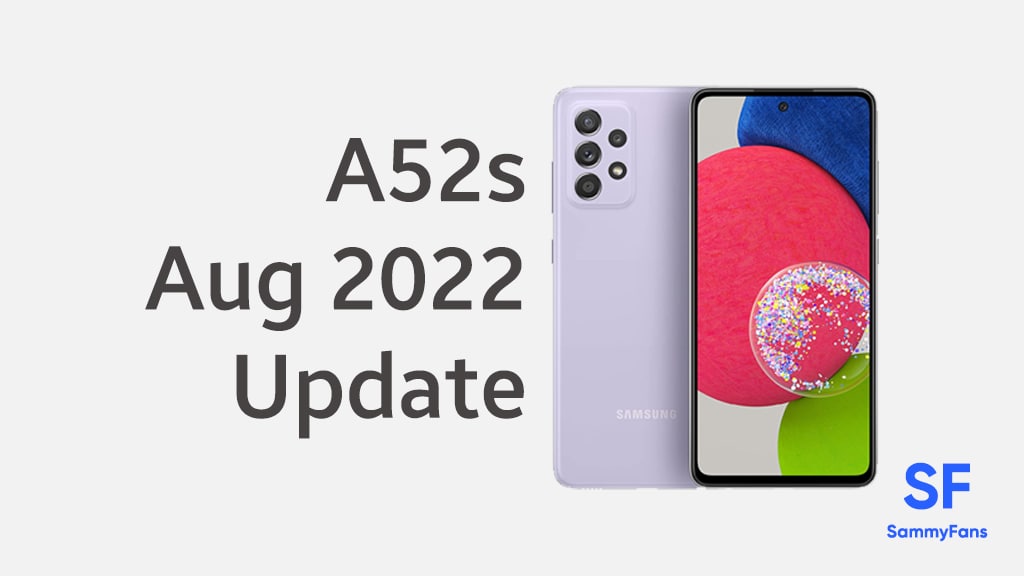 While this is just a minor Android security patch that barely brings any changes, Samsung is testing Android 13-based One UI 5.0 for this device. Although the test build didn’t reveal any date to release this update, it indicates that we will not have to wait for long to get access to the major firmware as soon as it goes live publically in October.

It is worth mentioning that Samsung has already released One UI 5 Beta 1 for the Galaxy S22 series in order to let users test new features and their stability. Do you think Samsung should also start One UI 5 beta testing for Galaxy A52s? It seems not possible but it will be impressive for the consumers.

Anyway, as of now, the Galaxy A52s is getting a minor update that only works at improving the security and stability of the device. Installing this update ensures that your private files and data are safe on your phone. At the same time, the stability enhancement will reduce issues like app crashing and lagging.

In addition to this, the official changelog also mentioned various stock app upgrades. However what changes are taking place have not been clarified, it might be related to stability and some feature improvements. The list of applications includes:

On the other flip, Samsung has fixed a lot of issues and exposures with this month’s security patch. These include over 50 privacy and security-related vulnerabilities, which are corresponding to Samsung DeX, Bluetooth connectivity, Wi-Fi service, DesktopSystemUI, Samsung Dialer, and many more.

Furthermore, the Korean company is rolling out the Galaxy A52s August 2022 security update with the One UI build version A528BXXU1CVG7 in Europe. It is live in Germany at the time and will spread to more European consumers in the coming time.