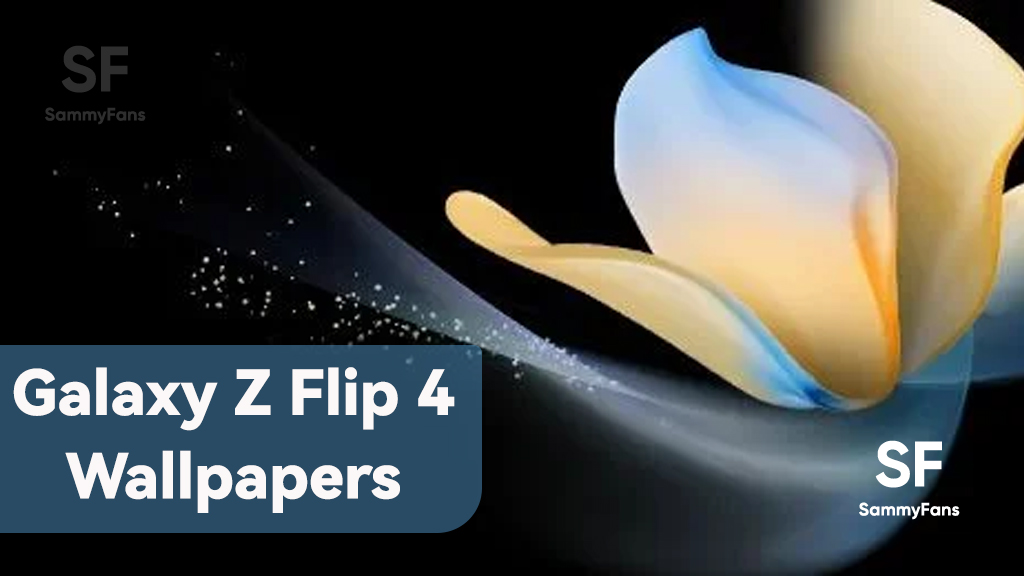 Samsung officially launched the Galaxy Z Flip 4 smartphones at the Galaxy Unpacked event on August 10. Along with several new improvements over the previous clamshell foldable smartphone, the new device also comes with a bunch of new wallpapers. Luckily, you can now download all of the Samsung Galaxy Z Flip 4 wallpapers and apply them to your other Galaxy or non-Galaxy phones.

Provided by XDA Developers, the Galaxy Z Flip 4 has eight static wallpapers and four live wallpapers. Samsung has also offered a set of four wallpapers for the Flip 4’s cover display, which you can apply on your phone’s home or lock screen as well.

The Galaxy Z Flip 4 comes with some beautiful and minimalist wallpapers. So, if you are one of those people who regularly change their phone wallpaper according to the times, you must try these wallpapers on your device to make its screen more attractive.

Here’s a look at these wallpapers – 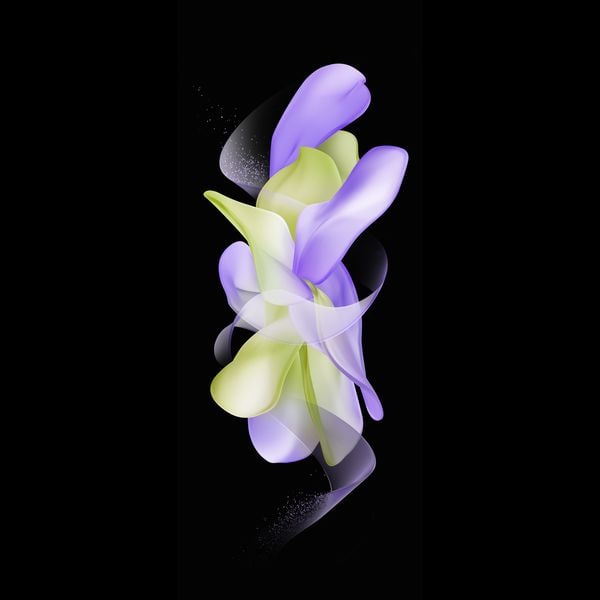 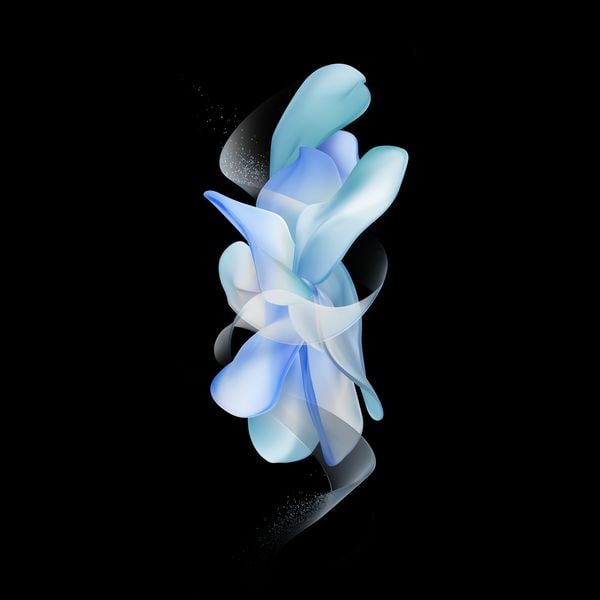 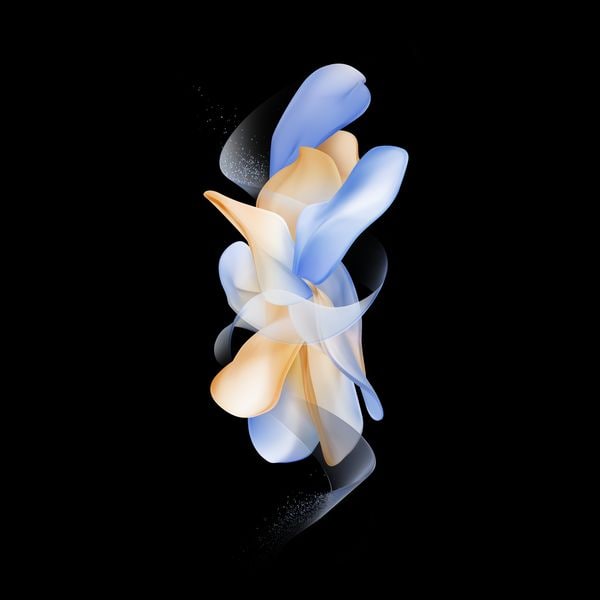 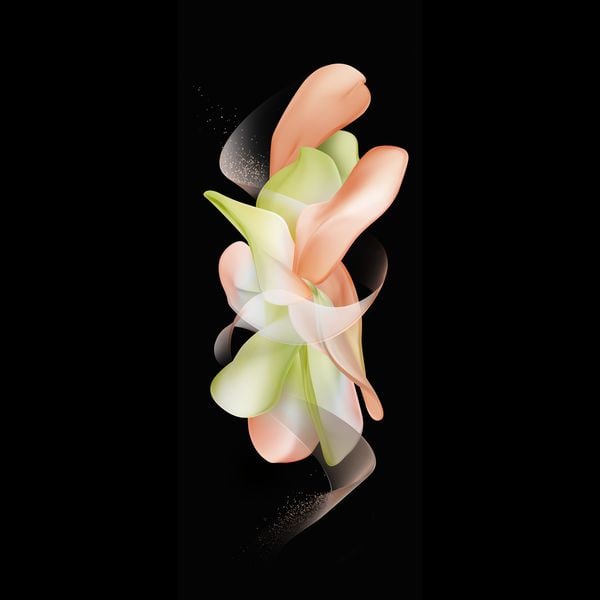 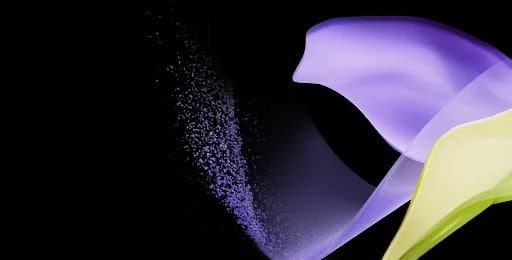 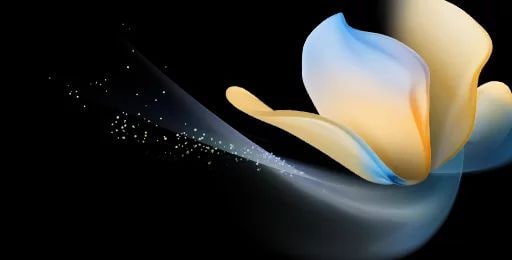 However, if you don’t only want to use the Galaxy Z Flip 4 wallpapers but operate the complete phone, you can now pre-order the device from the official Samsung website to grab it with a heavy discount.

Samsung Galaxy Z Flip 4 runs Android 12L-based One UI 4.1.1 OS out of the box. This not only brings some ease-to-use features for foldable phones but also optimizes some stock apps to take the foldable experience to the next level.

One of those noticeable Samsung One UI 4.1.1 features is the Taskbar. It appears alongside the general navigation buttons or gestures and can be accessible by pulling from the bottom row of your home screen as well as selecting recent apps.

There are also a couple of swipe gestures to make multitasking more intuitive. These lets you instantly switch full-screen apps to pop-up windows or split your screen in half. 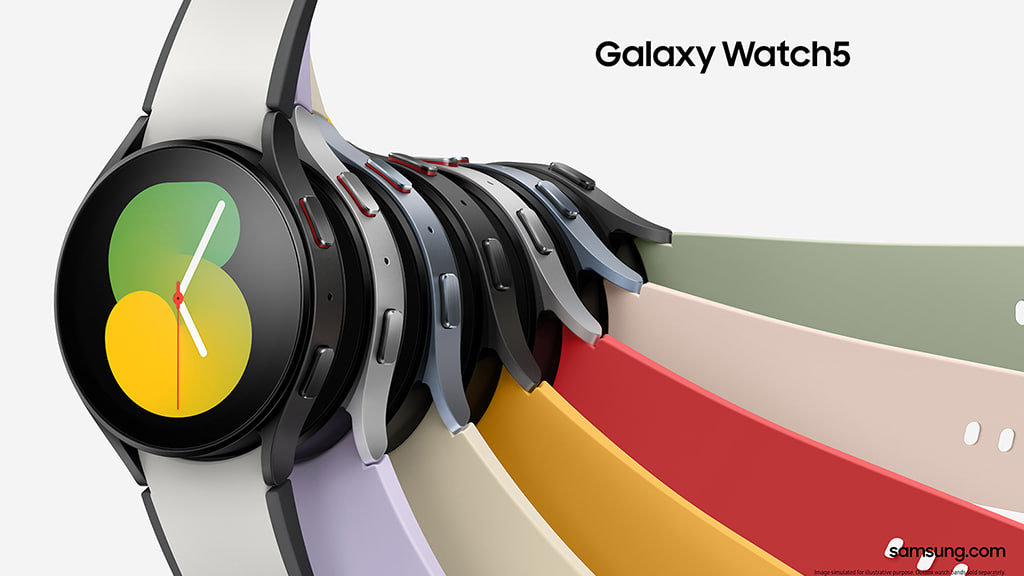 According to the information, all the Galaxy devices launched after the Galaxy S20 series and Galaxy Z Flip would be eligible for the zoom feature through the Galaxy Watch’s Camera Controller app. Notably, the One UI 5.1 is scheduled to introduce on Feb. 1st, followed by rollout is expected in early March.

The Korean tech giant is already bringing zoom support to Galaxy Watch through the January 2023 update. As soon as your Galaxy phone receives the Android 13-based One UI 5.1 update, you will be allowed to zoom in the phone’s camera app by pinching in/out on the Watch’s screen.

Apart from this, the Samsung Members app will now show you a new “Connected device diagnostic.” Using this feature of the Members app, you will get to know about your paired Galaxy smartwatch’s battery status, touch function, etc.

Do note that you have to install the latest versions of the Samsung Members and Galaxy Wearable apps as well. This will ensure seamless experiences on your Galaxy Watch and connected smartphone. Lastly, it brings some under-the-hood enhancements for better usability.

Note: You can check status of your Watch through Samsung Members. 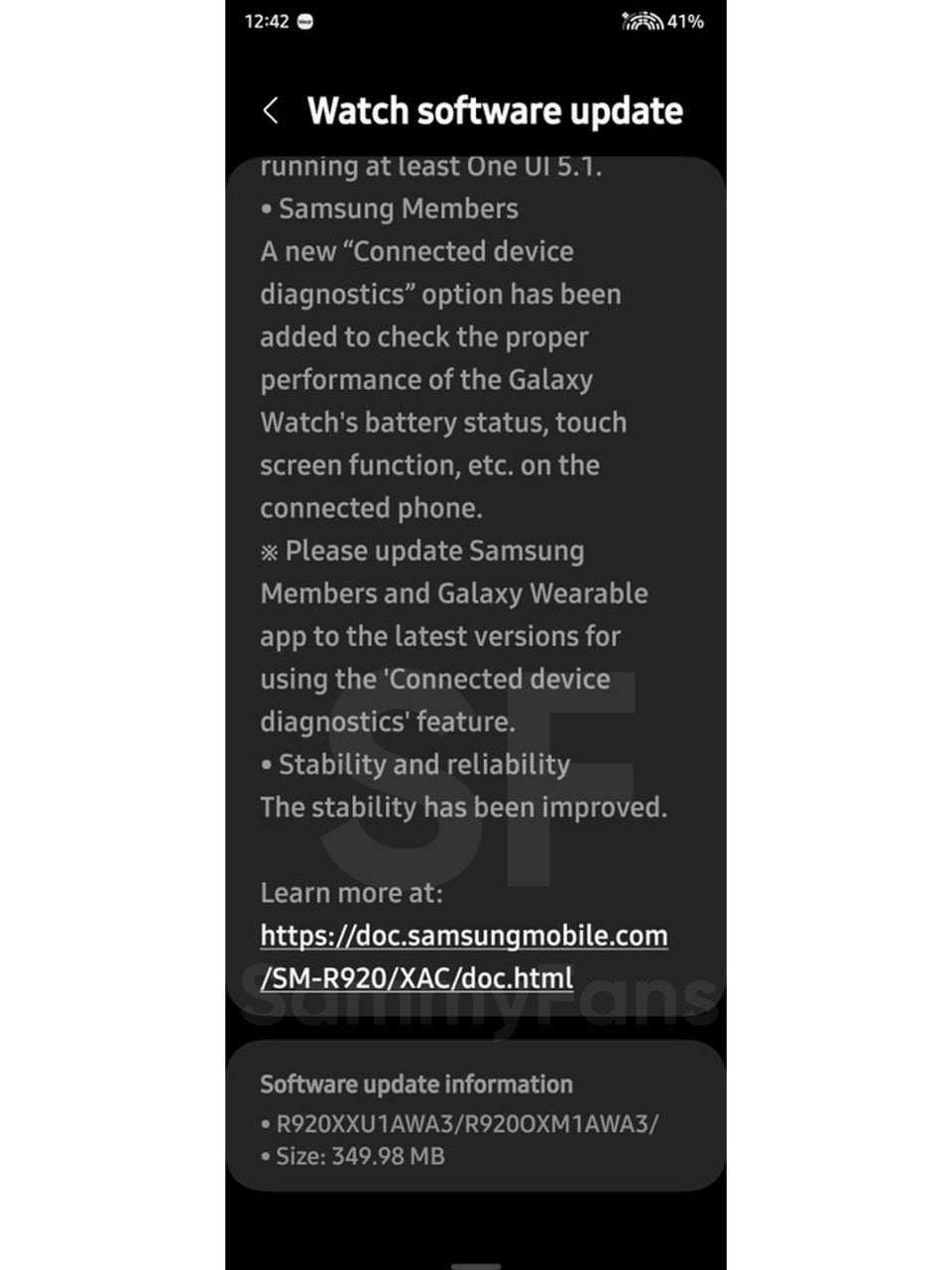 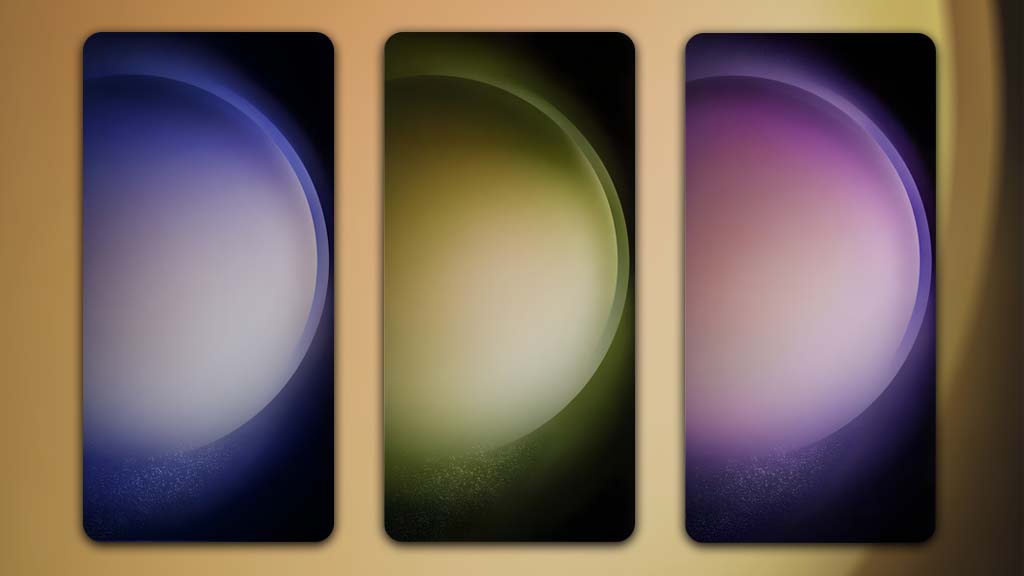 Samsung is all set to launch the new Galaxy S23, S23+, and S23 Ultra smartphones at the Unpacked event on February 1. Ahead of this, you can now download the Samsung Galaxy S23 Wallpapers in their full resolution and apply them on your Galaxy phone’s home screen or lock screen.

Like every year, Samsung is bringing a new set of wallpapers for the Galaxy S23 phones. These wallpapers look quite classic that can match any smartphone’s screen. Obviously, you will be able to select a color palette that will sync with the new wallpapers and give your phone a personalized look.

Have a look at these wallpapers below: 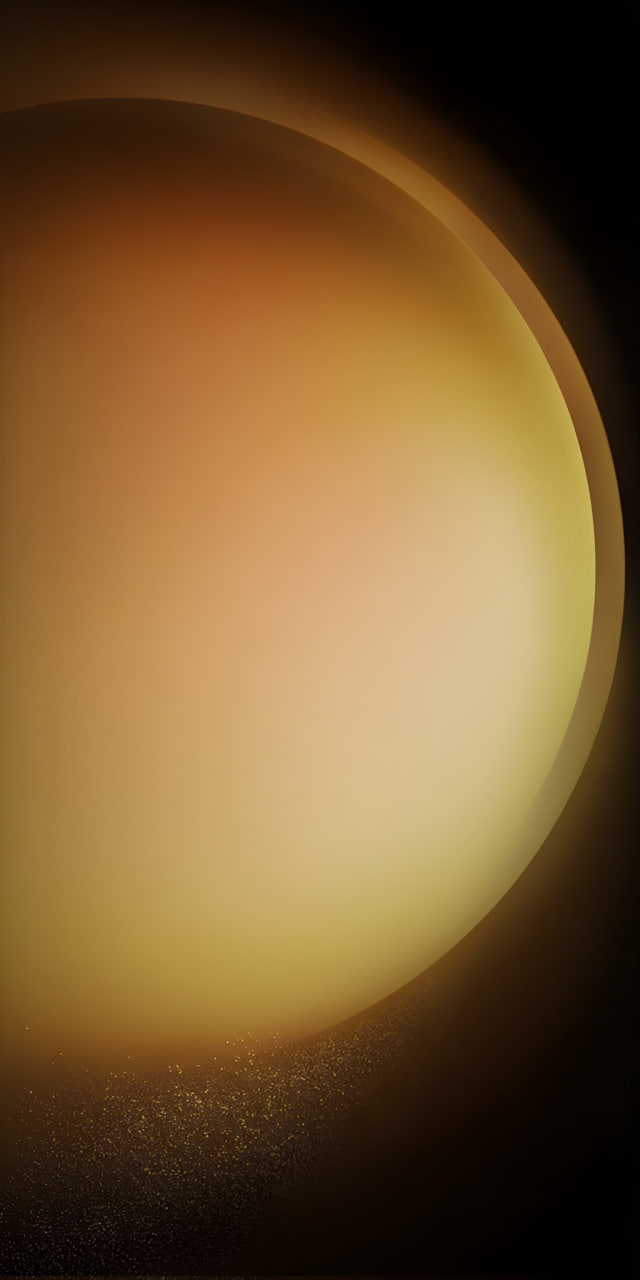 Here’s how they look when you apply a perfect color palette throughout your phone’s user interface (via @tarunvats33):

As mentioned, Samsung will launch three smartphones, such as S23, S23+, and S23 Ultra, at the event on February 1. While the Ultra model will re-introduce the Galaxy S22 Ultra design, the Standard and the Plus variants of the phone will come with a new design.

The company is already letting you reserve your Galaxy S23 phone so when they get official you can get access to them earlier than anyone else. Also, if you reserve it now you will get a Samsung credit of $50. Here’s how you can pre-reserve the phones.

Our folks over at XDA-Developers managed to extract assets of the RedMagic 8 Pro smartphone including wallpapers, ringtone and boot animation from RedMagic OS firmware. The latest lineup comes with seven lockscreen wallpapers and thirty constant wallpapers with resolution of 1116 x 2480 pixels.

You don’t need to go for the RedMagic 8 Pro series smartphones leaving the Galaxy as the beast is on its way! In the meantime, you can download the stock wallpapers of the new gaming devices, in case you wanna give a new look and feel to your Galaxy’s home or lock screen.