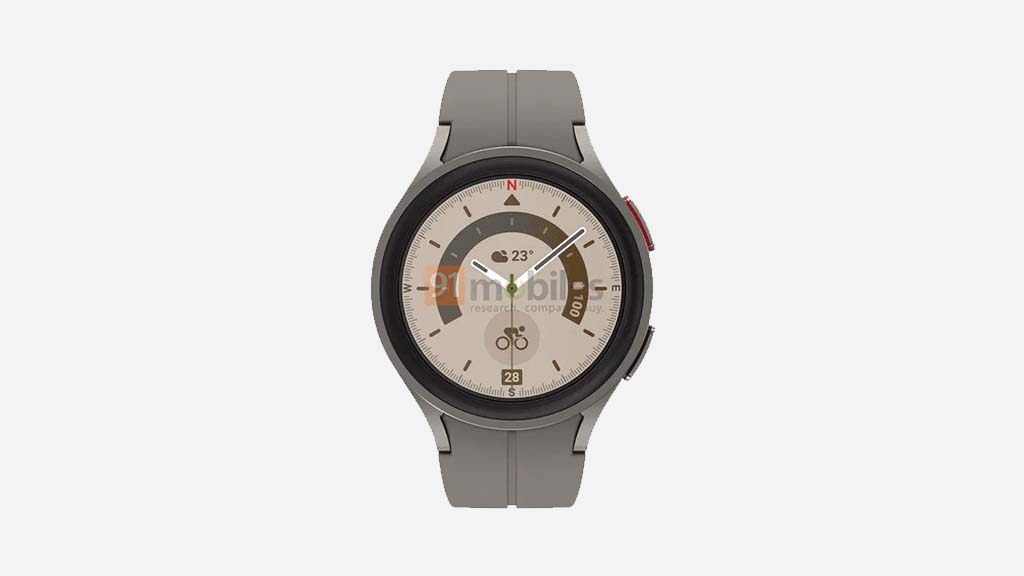 Samsung is launching the Galaxy Watch 5 series at the upcoming Unpacked event alongside the Galaxy Z Fold 4 and Flip 4 foldables. So far, we saw a number of leaks that revealed various things about the Galaxy Watch 5 and Watch 5 Pro, while the latest specs leak leaves nothing to the imagination.

The Galaxy Watch 5’s 40mm variant is equipped with a 1.19-inch AMOLED display with 396 x 396 pixels, while the Galaxy Watch 5 Pro 44mm model sports a 1.36-inch AMOLED panel covered with sapphire glass and a higher 450 x 450 pixels resolution as well.

Moreover, the same source revealed that the Watch 4’s 40mm and 44mm variants have a battery capacity of 284mAh and 410 mAh, respectively, that can last up to 50 hours on a single charge. On the other side, the Watch 5 Pro variant might offer a long-lasting 590mAh battery with 80 hours of runtime and 10W fast charging.

Further, the Galaxy Watch 5 and 5 Pro specs leak suggests could feature Samsung’s own made Exynos W920 dual-core SoC paired with 16GB of storage, which was first debuted with the Galaxy Watch 4 series. Notably, the wearables specs include GPS and NFC support, while the eSIM functionality is exclusively available on LTE models.

Previous reports even revealed that the Galaxy Watch 5 lineup (or Watch 5 Pro) will be packed with a body temperature sensor. Now, coming to the end with sharing the leaked info about the price of both of the upcoming Samsung watches. 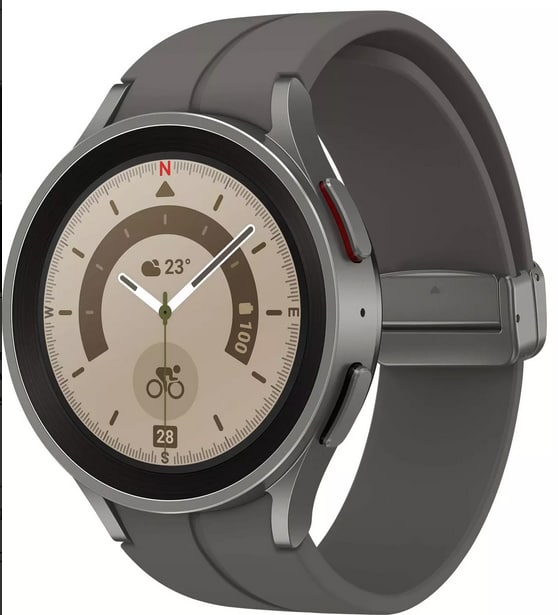 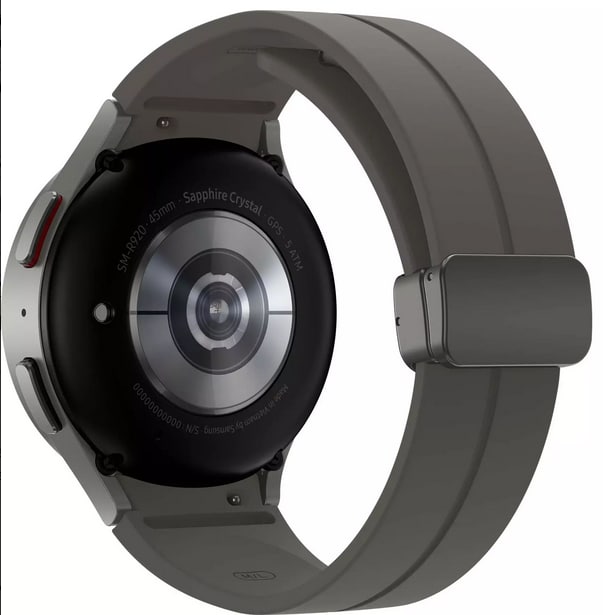 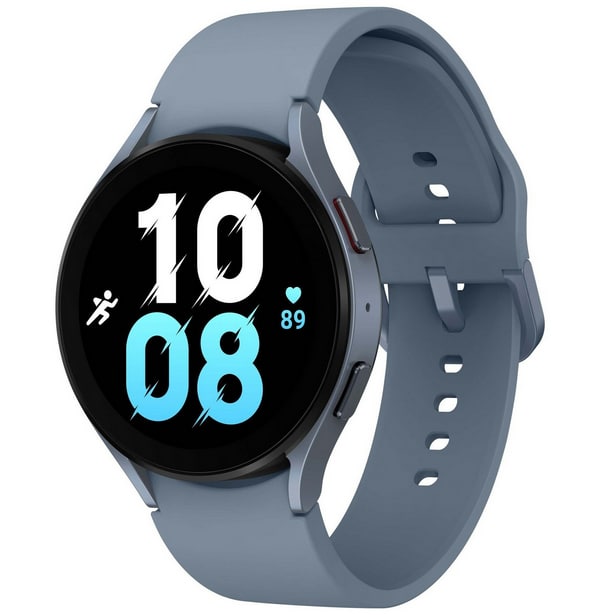 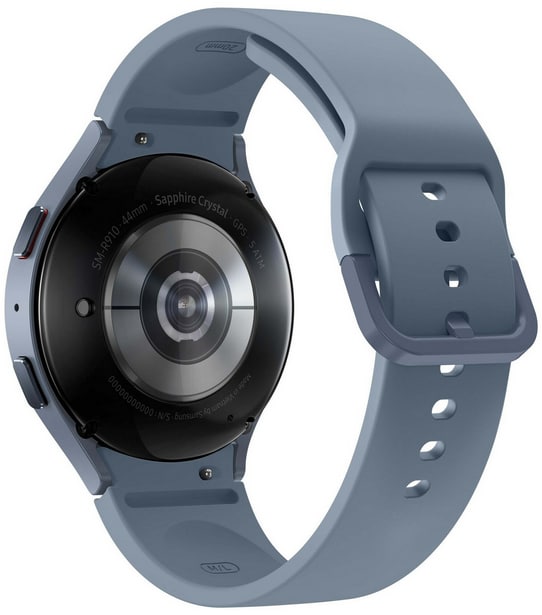 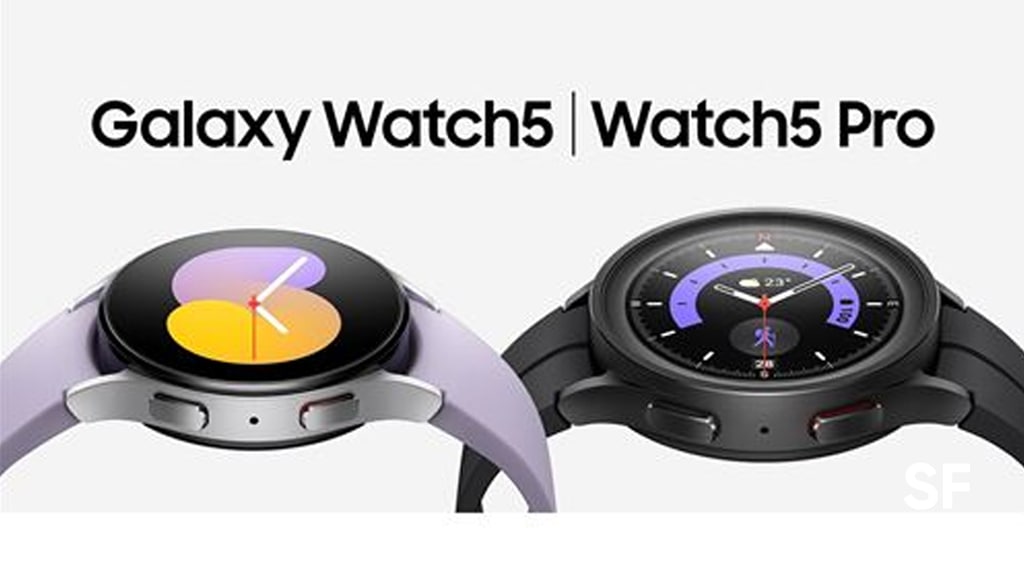 According to the information, tipster SnoopyTech leaked the Galaxy Watch 5 promo images, showing off the design of both upcoming smartwatches. A promo image shows the Watch 5 in charging condition through a charging dock, while the other one is worn by a model showcasing premium design. 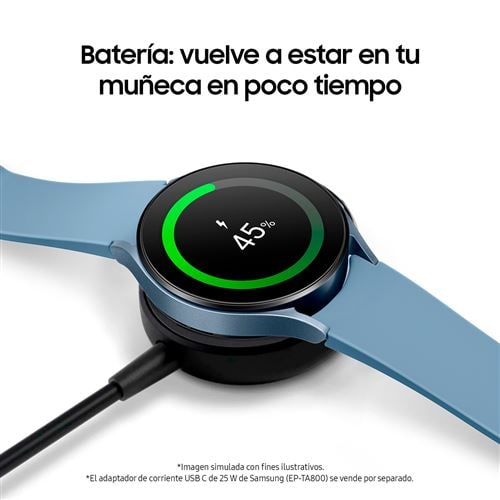 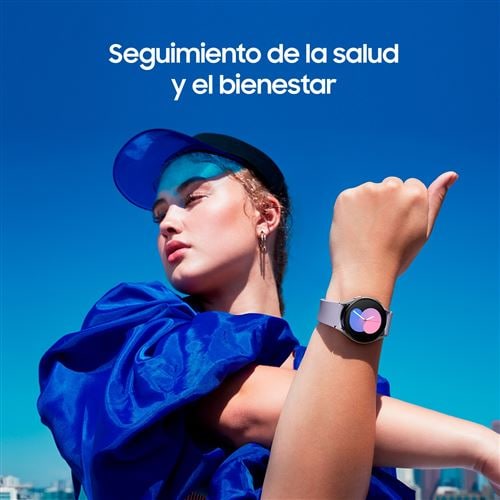 In the third image, you can see the sleep tracking feature activated on the Galaxy Watch 5, while the last leaked image is a part of marketing material. It also reveals that neither the Galaxy Watch 5 nor Watch 5 Pro feature a physical rotating bezel. 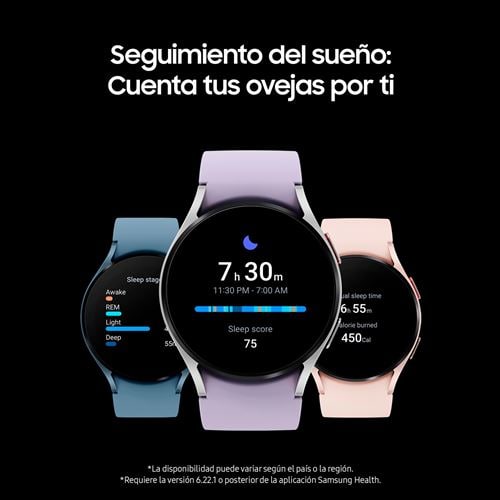 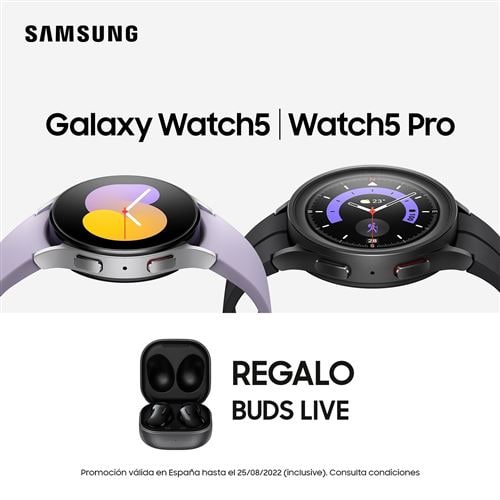 In addition, the Galaxy Watch 5 smartwatches might feature an IP68 rating for dust and water resistance, mic+speaker combo, accelerometer, barometer, blood composition sensor, ECG, GPS, gyro, and NFC. Available colors for these wearables are as follows: 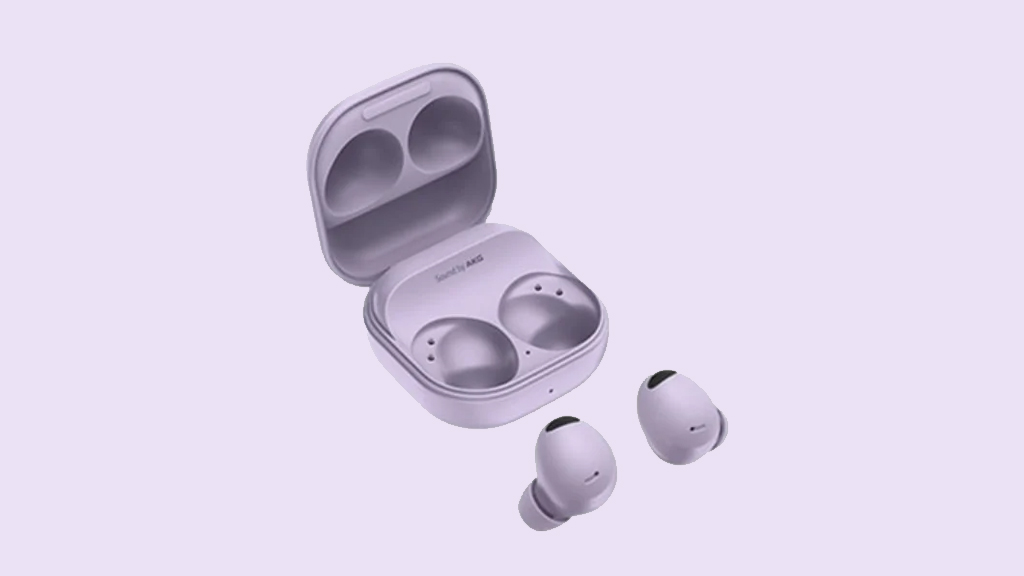 Galaxy Buds 2 Pro is one of the products that Samsung is going to unveil at the Galaxy Unpacked event next week. Earlier, we have seen some sort of the renders and features of this product. Meanwhile, the new Samsung Galaxy Buds 2 Pro leak reveals its official design, specs, as well as price.

The information has come from European media WinFuture which reveals the design in three different colors, such as Zenith Grey, Zenith White, and Bora Purple. At the same time, the Galaxy Buds 2 Pro is coming with a couple of major upgrades over the previous model.

According to the information, the upcoming Galaxy Buds has an Intelligent Active Noise Cancellation feature that is capable to hide even the loudest ambient noise. In addition, there’s also ambient mode, which will allow the user to listen to audio from the earbuds, while also listening to a person next to them.

Besides these features, the device is claimed to deliver studio-quality sound and other technologies including 360-degree audio and HD Voice. The earbuds will also equip a 10 mm driver, Bluetooth 5.3, and various integrated microphones.

Furthermore, the Samsung Galaxy Buds 2 Pro has a different outward design, however, some specs such as the 8 hours of battery life on a single charge and IPX7 water resistance rating are the same as the predecessor Galaxy Buds Pro. 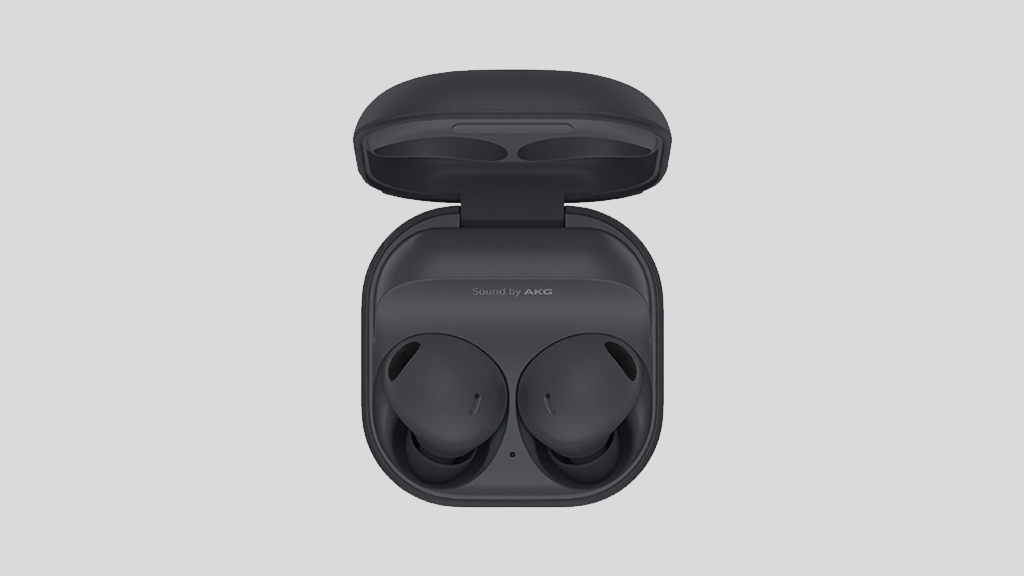 At the last, the Samsung Galaxy Buds 2 Pro is priced at €229 (~$235) in Europe. Keep in mind that none of the leaks mentioned above have been officially confirmed by Samsung, we’ll have to wait for the Galaxy Unpacked event that is going to be held on August 10. 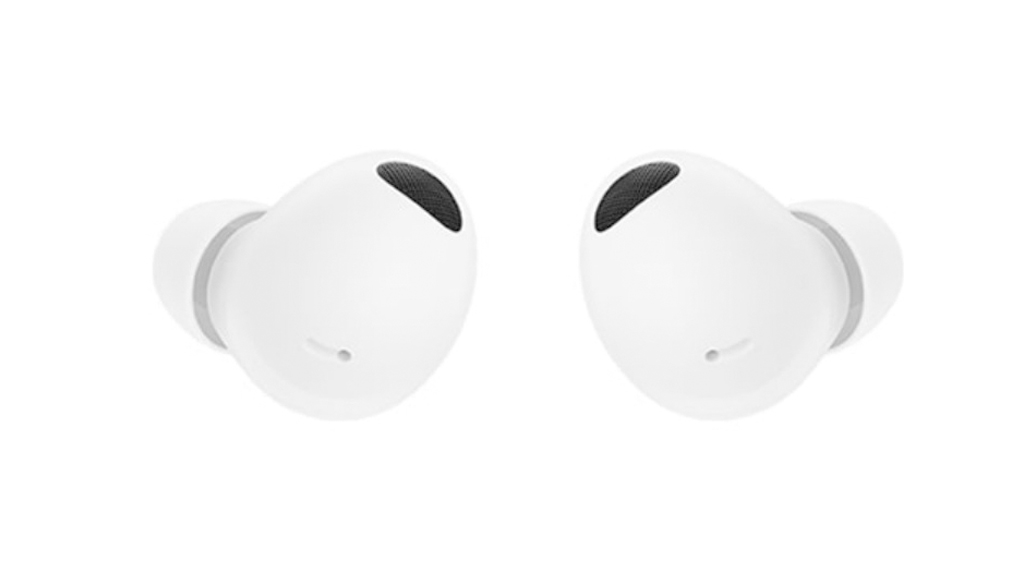 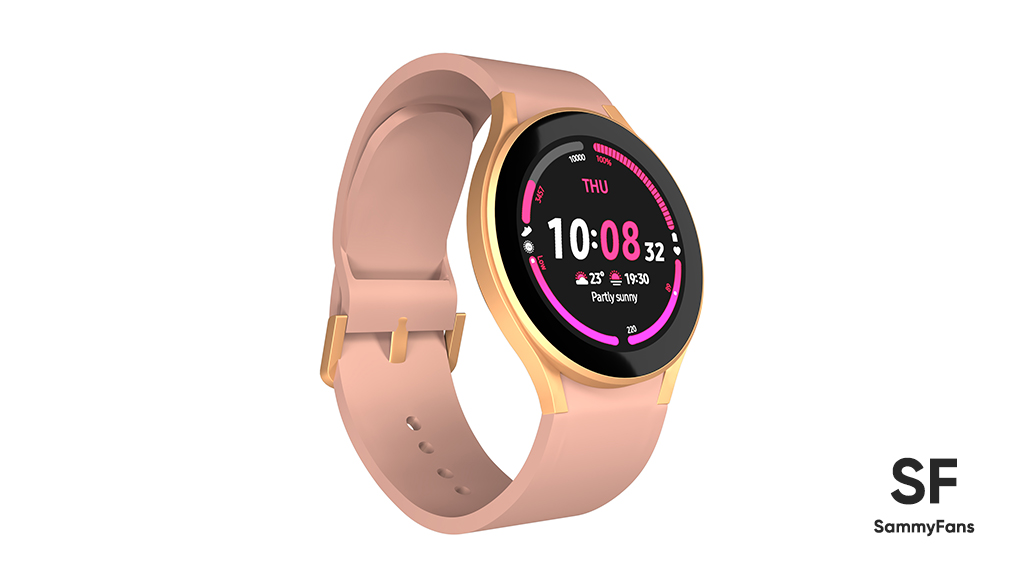 Samsung Galaxy Watch 5! Obviously, this series watches will come with attractive designs, powerful features, and the latest software. As the launch date is approaching, we have started getting more and more leaks about its design, specs, price, and more. At present, the new information about the Samsung Galaxy Watch 5 has leaked its price along with its variants.

According to the tipster, the price of the Galaxy Watch 5 is as mentioned below.

If we compare it with the price leaked earlier, then there is not much difference in this price. Samsung already started its pre-reservation, if you also want to own Galaxy Watch 5 then hurry up to pre-reserve it.

Just recently, the same tipster revealed the charging speed of the Samsung Galaxy Watch 5 series. As per the tipster, the upcoming watch series can charge up to 45% in just 30 minutes as it will support 10W fast charging with high charging speed.

Previous reports suggest that the Galaxy Watch 5 will come in three colors (Bora Purple, Pink Gold, and Graphite) while the Galaxy Watch 5 Pro will have 2 colors (Black and Titanium). Are you planning to buy these watches? Do let us know in the comment section.