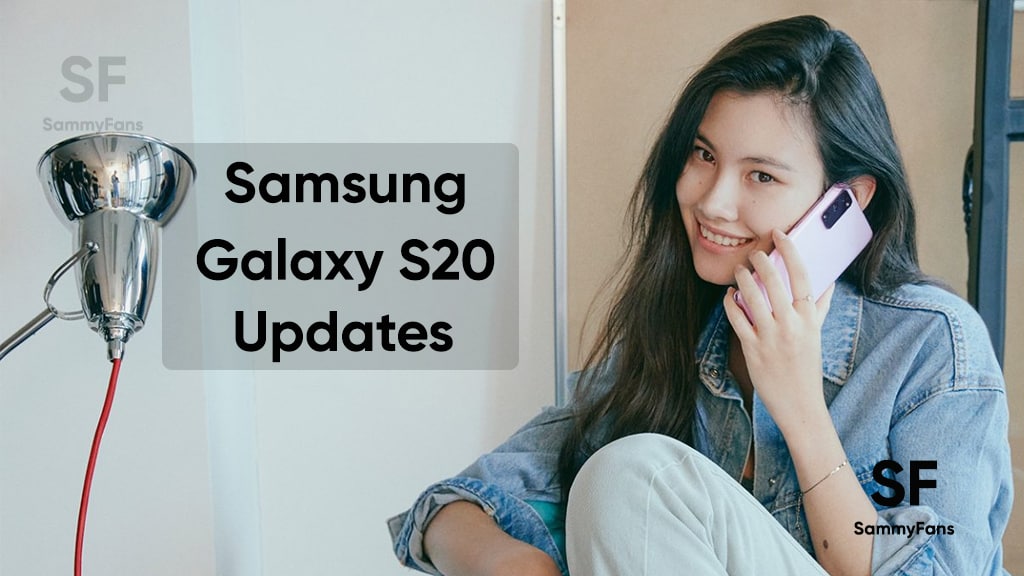 On February 11, 2020, Samsung launched its new Galaxy S flagship series, consisting of three handsets – Galaxy S20 Ultra, Galaxy S20+, and Galaxy S20. These devices came with Android 10-based One UI 2.1 out of the box and become the first to get the Android 11 Beta and Stable update last year.

Last month, Samsung upgraded the Galaxy S20 series devices to the Android 12-based One UI 4.0 operating system. Apart from big software updates, these devices are also eligible for new security patch updates on a monthly basis until 2024, thanks to the new Samsung update policy.

Samsung is expanding the July 2022 Android security patch update in India. The update comes with improvements for system security and stability while fixing the common issues that affect users’ experience.

The update holds the One UI build version G980BXXSEFVF4, G985BXXSEFVF4, and G988BXXSEFVF4 for the Galaxy S20, Galaxy S20+, and Galaxy S20 Ultra respectively.

The carrier-unlocked models of the Samsung Galaxy S20 trio is getting the June 2022 Android security patch update in the US.

The update comes with 60 privacy and security-realted issues and exploits to improve the overall device’s performance and maintain users’ experience.

The update installs June 2022 patch with fixes for over 60 bugs and issues in order to provide you with a better overall user experience and stable software system.

Samsung Galaxy S20 carrier-locked models are getting June 2022 security update in the US. It improves system security by installing the latest patch.

The latest update fixes a bunch of privacy and security-related issues and exploits in order to enhance the overall device’s performance.

This update installs improvements for system security and stability alongside boosting the overall device’s performance to provide users with seamless performance.

Samsung Galaxy S20, S20+, and S20 Ultra smartphone owners are getting the May 2022 Android security patch update in UAE. This update upgrades 9 stock apps to boost the phone’s performance in every aspect.

Additionally, the update also aims at improving the security and stability of the system to main the users’ experience.

Samsung May 2022 Android security patch update is rolling out to the Galaxy S20, S20+, and S20 Ultra smartphone users in Germany. It comes with 7 Critical, 23 High, and 3 Moderate levels of CVEs to boost the overall device functionality.

Samsung Galaxy S20 April 2022 security update is rolling out in Brazil and Europe. This update comes with better system security and stability alongside bringing fixes for 88 privacy-related vulnerabilities to enhance the overall device performance. Read the full story here.

Along with this, the company is also releasing April 2022 security update for Galaxy S20 LTE in India. It carries the One UI build version G985FXXSDFVC9. Read more here.

Samsung is now expanding its February 2022 security patch to the carrier-locked Galaxy S20 series smartphone in the US.

The update is rolling out by various carriers including AT&T, Bluegrass Cellular, Cellular South, Comcast, Sprint, Verizon, and Xfinity Mobile.

Samsung is now expanding its February 2022 security patch update to more Galaxy S20 series smartphone users in the US.

In the latest development, the company has started to rollout the February 2022 security patches to the T-Mobile and Sprint carrier-branded Galaxy S20 units in the US.

Samsung started rolling out the February 2022 security patch to the Galaxy S20 series smartphone models in the Indian market.

A Galaxy S20+ owner confirmed the arrival of the February 2022 security patch by sharing the screenshot after installing the latest OTA.

The Galaxy S20 series smartphones now receiving the November 2021 security patch in India through new firmware updates. This update brings fixes for a lot of CVEs and SVEs from Google and Samsung.

Now, the company is releasing the latest security improvements to the devices without carrier bounding in the US [Source].

The update can be identified via PDA version numbers: