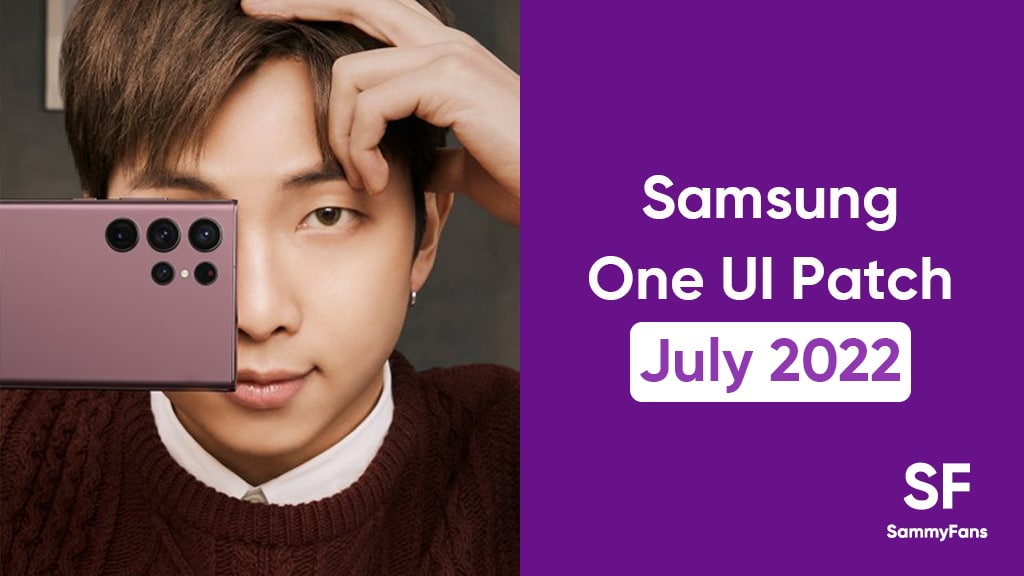 On the last day of June, Samsung started releasing the newest July 2022 security patch, which includes several bugs and issue fixes for the Galaxy devices. However, the company has also released the contents of this new security patch as well as a revised software update distribution plan.

Everyone knows, that the global tech giant has several smartphone lineups including the Galaxy S, Note, Z, A, and M as well as different software support offerings – monthly, quarterly and biannual, accordingly. In just a single month, Samsung rolls out millions of new s/w updates such as security patches and Android + One UI upgrades.

Starting in 2022, the company announced five years of regular security updates for all the Galaxy devices launched in/after 2021. Though, Samsung will offer only two new updates in the last/ year and will discontinue official support. (Read more)

You can see the revised Samsung software updates plan for Galaxy devices below.

Current Models for Half Security Updates

July 2022 security patch brings fixes for 3 critical and 20 high levels of CVEs for the Android operating system. However, the company devs. had already spotted and fixed 2 CVEs through previous updates, while 7 are not applicable on Galaxies. 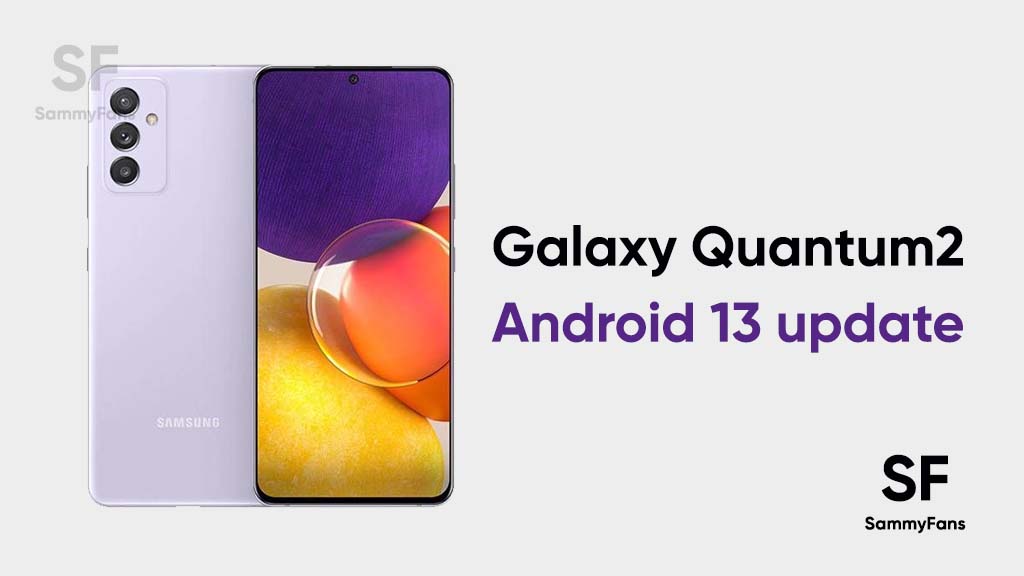 Samsung Galaxy Quantum 2 has joined the company’s rapidly-growing list of Galaxy devices getting the Android 13-based One UI 5.0 update. This update brings all the latest features that are part of Google’s Android 13 OS and Samsung’s One UI 5.0 custom software.

Samsung has dispatched these new features and changes alongside the November 2022 Android security patch that addresses dozens of issues and vulnerabilities and boosts the system’s privacy and security.

As far as the features are concerned, Samsung Galaxy Quantum 2 Android 13 One UI 5.0 update installs multiple Lock screen and Call screen customization options. Meanwhile, in order to theme your phone, you now get 16 Color palettes and basic color options, which now apply more impressively over the UI.

The Camera and Gallery apps are also getting notable functions. The Camera app now has a Watermark feature, Historogram, Help guide, improved Single Take, and other features, Whereas, the Gallery app gets Extract text from images, Customize albums, new and revamped editing tools, and more.

To update your Galaxy Quantum 2 navigate to System Settings and head over to the Software update menu then Download and install option. Wait for a while and an available update will appear on your screen. Press the Download button and finish the installation procedure. 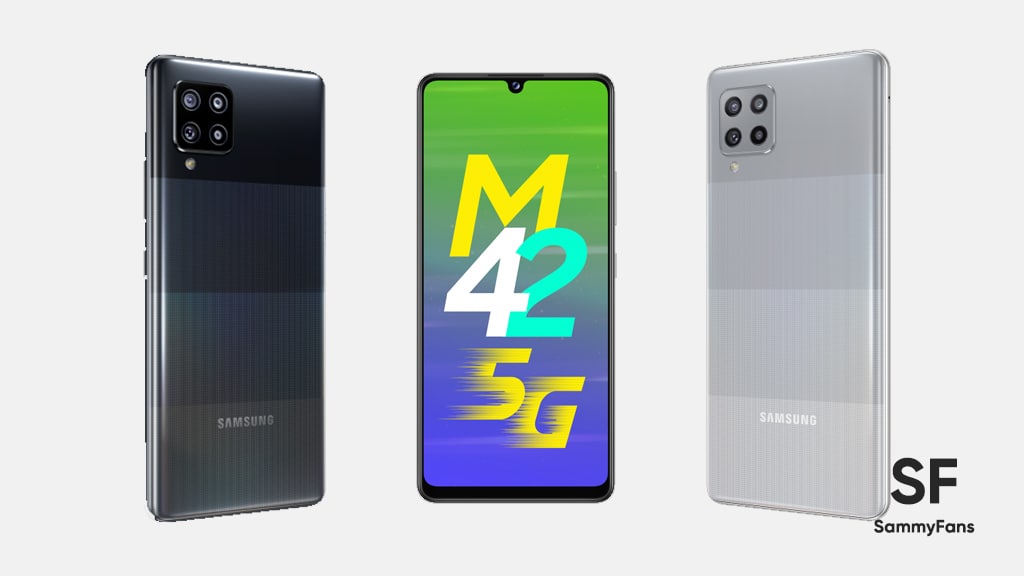 Millions of Galaxy smartphone and tablet users have got access to Samsung’s Android 13 software in the last few weeks. Now the Samsung Galaxy M42 5G is becoming the latest recipient of the Android 13-based One UI 5.0 update.

Samsung is rolling out the Galaxy M42 5G Android 13 update in India at the present time while users in other countries will grab it very soon. This update brings dozens of new features and improvements to the devices.

It installs 16 Color Palette options so that you can better select a theme for your mid-cost smartphone, more than 80 additional emojis for creating emoji pairs, and Per-app language to let customers use different apps in different languages.

Moreover, the update also brings Notification permission to provide more control over system notifications, Extract text that allows users to copy text from image or screenshot and paste it into messages, notes, etc, and Enhanced taskbar in Samsung DeX to make it easier to find apps you want to use.

Aside from these, Samsung’s One UI 5.0 update carries premium Lock screen customization options that will let you personalize every element of the screen directly from the lock screen. Meanwhile, for further customizations, there are new and improved Good Lock modules available.

Furthermore, Connected devices, Modes and Routines, and Security and Privacy are three new menus in the system Settings so that you can find all the related settings and easier ways to access them.

Android 13-based One UI 5.0 further brings significant changes to the user interface, the app icons are now bolder, animations are smoother, and the Quick settings and Notification panels are more organized.

To get access to Samsung Galaxy M42 Android 13 update, head over to Settings >> Software update >> Download and install options. Tap on the Download option and let your system finish the installation procedure. 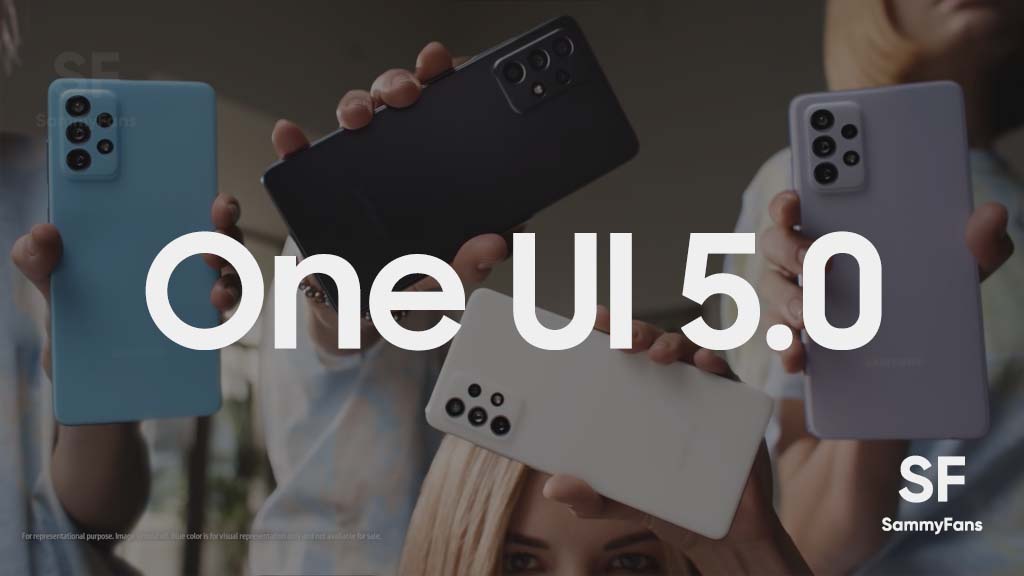 Samsung begins Android 13-based One UI 5.0 update deployment for the Galaxy A52s 5G smartphone users in India. The update is now available widely in the country and weighs around 2GB so we recommend users install this OTA with an unmetered connection or WiFi.

In order to manually download the Galaxy A52s One UI 5.0 update, head over to the Settings of your phone. Now navigate to Software update >> Download and install. Wait for the appear to appear and finally tap on the Download button to bring the latest changes to your device.

Samsung is releasing the Android 13-based One UI 5 update for Galaxy A52s users in UAE. The major update brings a bunch of new features and improvements, as well as updated some stock apps including Galaxy Wearable, Notes, Health, SmartThings, Members, Wallet, Calculator, and Voice Recorder.

This morning Samsung started to roll out the Galaxy A52s Android 13 One UI 5.0 update in the home country and now the company is expanding it in Europe.

It’s happening finally! Samsung Galaxy A52s smartphone users have begun collecting the major Android 13-based One UI 5.0 update. The update is rolling out with dozens of new features and functions alongside countless improvements.

Additionally, the company installs the October 2022 Android security patch that resolves 1 critical, 29 high, and 2 moderate levels of CVEs alongside 18 SVE times that were affecting your privacy.

Samsung is rolling out the Galaxy A52s One UI 5.0 update with firmware version A528NKSU1DVK2. It’s currently live for South Korean customers. However, the company will not take much time to spread it to more users all over the world.

Android 13-based One UI 5.0 is faster and smoother compared to the previous One UI. It has softer animations, bolder app icons, advanced customization options, countless improvements, and a handful of new features.

Some top-listed One 5.0 features include 16 color palette choices that sync with the phone’s wallpaper, Stack widgets, new multitasking gestures, various new camera functions including a watermark, and extract text from images feature.