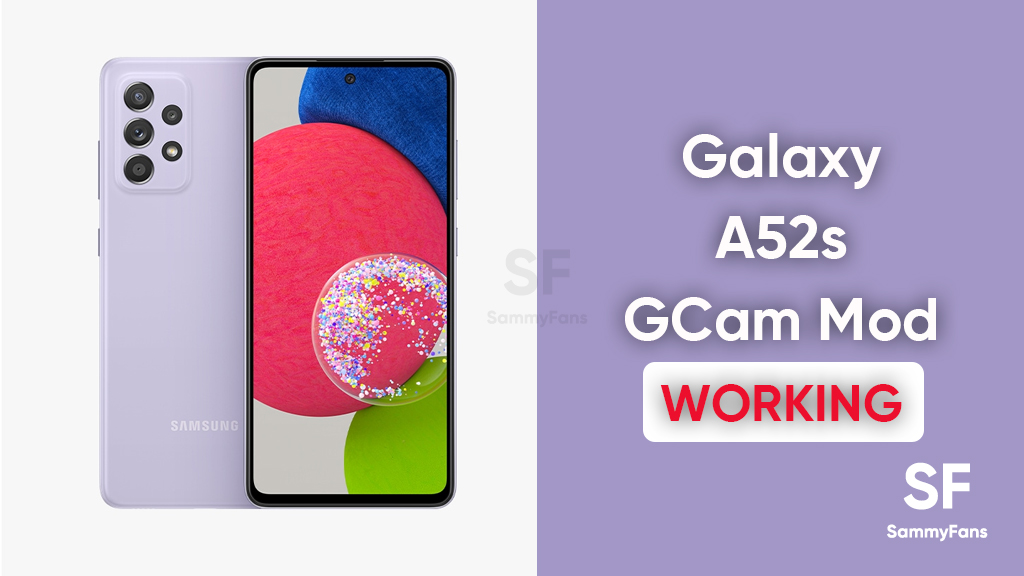 The Galaxy A52s is a powerful Samsung mid-range smartphone launched back in the second half of 2021. Under the hood, Samsung Galaxy A52s is equipped with Snapdragon 778G chip, while the Camera capabilities are just amazing as well, which can be further boosted by using GCam, as we have a working one.

Google Camera, created by the Android maker, is an exclusive application for Pixel smartphones. Thanks to its AI and machine learning capabilities, the Google Camera comes with some wonderful photography features that aren’t available on non-Pixel handsets.

Meanwhile, using the Google Camera app is not a difficult task as you can get all the features and tools with a GCam mod on your non-Pixel smartphone. So, Samsung Galaxy A52s users, are you ready to grab the working GCam app for your smartphone?

You can check the camera2.API status of your smartphone by using the camera 2 API checker app, which is available on the Google Play Store. 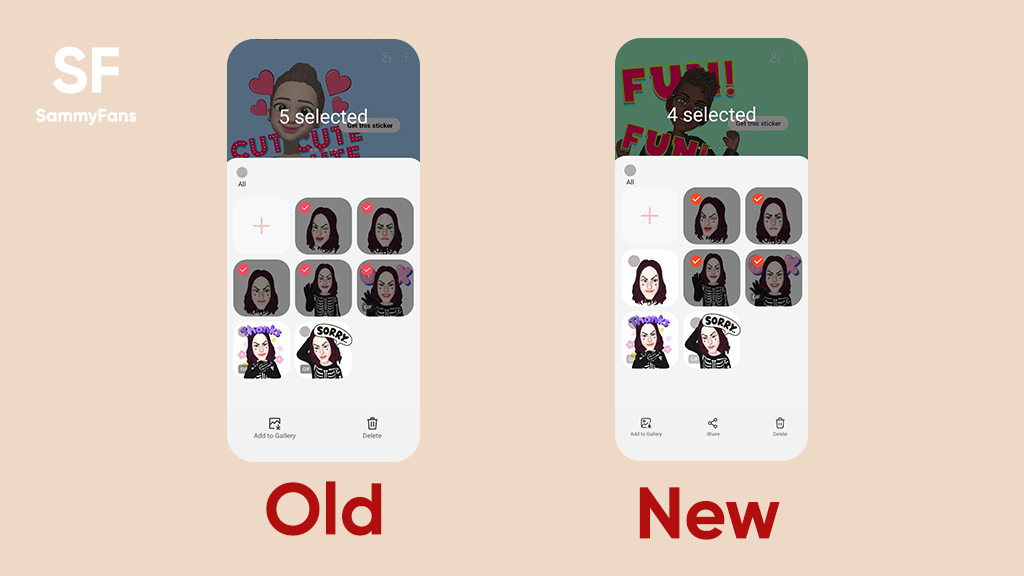 Samsung is finally releasing a new update for the AR Emoji Sticker app after updating a lot of stock apps. The new update of AR Emoji Stickers is rolling out to Galaxy devices with version 4.1.00.18 via the Galaxy Store, which brings a new option for sharing multitasking stickers and improvements.

After a long time, the Korean tech giant has released a new update for the AR Emoji Stickers and this new version provides the next level of experience to the users.

According to the changelog, the update brings a feature to share multitasking stickers. This means that now you can share a bunch of stickers at once because after installing this update you will see the Share option (AR Emoji Sticker >> Select multiple stickers>> Share). Now you will not need to share stickers one by one because now you can share your favorite stickers and send them together.

Furthermore, the update also improves the screen layout and checks for changes when creating stickers to enhance the usability and stability of the app. Not only this, apart from the features and improvements, this update also fixes some common bugs so that users can get a better app experience.

The updated package size of this update is 64.18MB, you can install it via Galaxy Store by using your smartphone’s personal data to enjoy the new features. You can also download the update directly from the third-party sources link here.

It is worth mentioning that Samsung AR Emoji Sticker 4.1.00.18 update is compatible with Galaxy devices running One UI 4.1 / One UI 4.0 based on Android 12 or below. If you have received this update on your smartphone then update it now for an amazing experience. 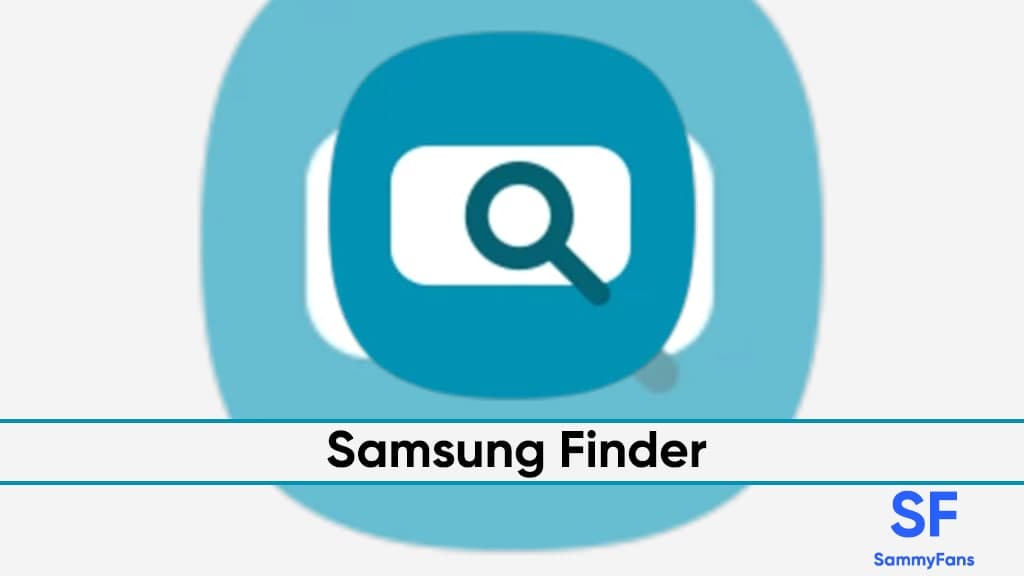 Samsung offered a bunch of apps for Galaxy devices to enjoy the new features and services without installing any third-party apps. Due to having so many apps, many times it happens that we can’t find the app we want to open or it takes some time for us to find it.

To save our time, Samsung has also come up with an easy way to find the app with Samsung Finder. It is an app developed by Samsung that allows users to find the app by searching its name via voice or text.

Aside from this, the Korean tech giant regularly improves its app by adding new features and fixes. You can install the latest version of the Samsung Finder app from Galaxy Store to enjoy new options and features.

To be mentioned, the update is compatible with Galaxy devices running One UI 5 based Android 13 or below.

Samsung is dispatching a new update for the Finder app via the Galaxy Store with version 10.0.14.0 and an updated package size of 15.47 MB. To enhance system performance, the update brings general improvements.

Samsung Finder is getting a new update via Galaxy Store with version 9.9.34.0 and updated package size of 15.52 MB. The latest update brings regular fixes to enhance stability.

Samsung is releasing a new update for the Finder app with version 9.9.33.0 and an updated package size of 15.52MB. The latest update brings some common improvements for a better experience.

Samsung Finder app is getting a new update, which enhances its performance by fixing some general issues. The latest update comes with version number 9.9.22.0 and an installation package size of 15.47MB.

Samsung is releasing a new update for Samsung Finder, which brings some common improvements to enhance stability and performance.

How to add Samsung Finder on the apps Screen?

Many times it happens that an app comes installed on our mobile but we are not able to see its icon on our screen, then for that, we have to add those apps to our app screen. If you want to add the Samsung Finder app on your app’s screen, then you can follow the steps mentioned below. 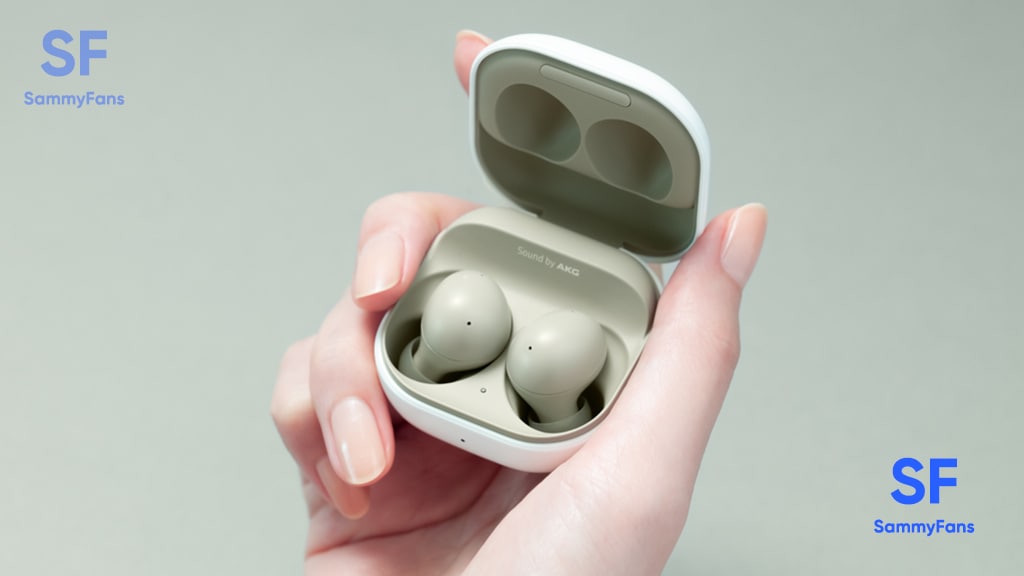 With the September 2022 update for the Buds Manager app, Samsung is bringing fixes for some common bugs and issues in order to provide you with a better user experience. While there is no changelog for the updates, we are assuming that the new app versions include stability and functional improvements too.

Users can get the new updates for the Galaxy Buds Manager companion through Galaxy Store and Google Play Store platforms. Since the rollout is happening in phases, availability may vary for regions and models of the smartphones, however, you can grab them now through APKMirror, but it’s not recommended.