Instead of the older ‘Classic’ model, this year, Samsung is going to bring the ‘Pro’ variant along with the Galaxy Watch 5 smartwatch in the second half of this year. According to the new information, this Samsung Galaxy Watch 5 Pro will feature premium case material.

Recently, a notorious tipster IceUniverse shared a whole new information about the upcoming Galaxy smartwatches. The leak not only confirms the arrival of the Pro model, which has been in suspicion for a long time but also reveals that the 2022’s model is going to be more excellent.

In a recent Twitter post, the leaker reveals that the Samsung Galaxy Watch 5 Pro will feature a titanium case. Unlike the Galaxy Watch 4 and Galaxy 4 Classic which uses aluminum and stainless steel case, respectively.

He also unveils that the upcoming smartwatch will be protected with sapphire glass similar to the Apple Watch. This glass offers more scratch resistance than the Gorilla Glass DX that the Galaxy Watch 4 series is equipped with.

However, the tipster has not exposed much information but what has been said may excite the fans even more. It seems that Samsung is actually going to introduce a professional smartwatch as a part of the new Galaxy watch series.

Undoublty, the Samsung Galaxy Watch 4 series is one of the best smartwatches available on the market. It comes with various features and functionalities that other brands’ smartwatches do not offer. However, the unavailability of a feature that makes users unhappy is Google Assistant.

Fortunately, the company has already announced that it will be bringing the Google Assistant to the Watch 4 series this summer. While we expect as well as wish that the upcoming Samsung Galaxy Watch 5 will come pre-equipped with Google Assistant. 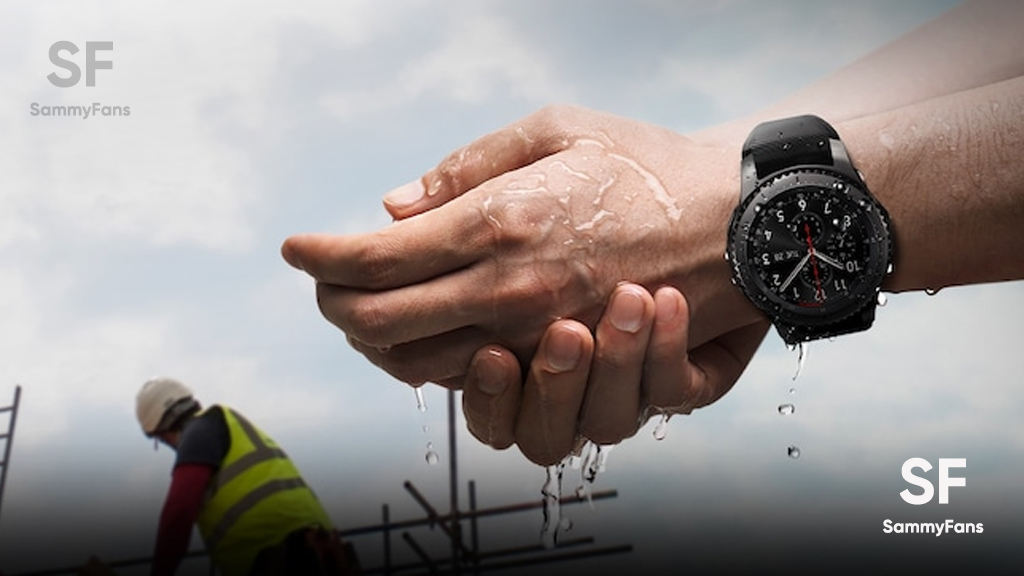 There is a time when OEMs officially stop updating their old smartphone, watch, tablet, or other devices whose software is updated. But developers create unofficial ports to provide the latest features to the users and this is what happens with the ages-old Samsung Gear S3 smartwatch.

Samsung Gear S3 is a Tizen-based smartwatch that was introduced in 2016. And now, developers have managed to bring Google’s Android smartwatch operating system – Wear OS 2 to this device (via XDA Developers).

It’s impressive to see how the modding community breathes new life into ancient hardware. This is no minor accomplishment considering how underpowered the device is compared to the smartwatches we’re using in this generation.

After booting Wear OS on the smartwatch, a lot of functionalities are working fine. Most sensors and even the heart rate monitor are functional on this years-old device. However, there are some bugs and known issues, but these are very few when considering that this is the first build.

Further, the Wear OS port is installed on the Samsung Gear S3 Frontier’s global non-LTE edition, you can identify it through model number SM-R760. However, the ‘Classic non-LTE variant (model number SM-R770) is also theoretically compatible with the new changes.

If you still use the Samsung Gear S3 smartwatch or have it, do try the Wear OS 2 on your device and let us know your experience through the comments section.

The Galaxy Watch 4 is Samsung’s most advanced smartphone lineup, launched back in 2021. This lineup consists of two models namely – Galaxy Watch and Galaxy Watch 4 Classic. For both of these wearable devices, Samsung has promised four years of regular firmware updates, from the initial market debut.

Samsung Galaxy Watch 4 and Watch 4 Classic are powered by a new unified wearable platform called One UI Watch, based on Google’s Wear OS 3. Ditching the Tizen OS from its wearable devices, Samsung has further extended the usability of these next-gen Galaxy watches.

In this article, we will be covering all Samsung Galaxy Watch 4 series firmware updates. It will help our readers to know more about new features and updates too ahead as the company releases new OTAs gradually. If you have been using a Watch 4 or Watch 4 Classic, you should bookmark this page to stay up to date.

How to update Galaxy Watch 4

May 11: Google Assistant coming this summer

Samsung announced that the Galaxy Watch 4 lineup will be available to download and install the Google Assistant functionality this Summer.

Samsung Galaxy Watch 4 has begun collecting a new software update that mainly installs the May 2022 security patch. It boosts the security and reliability of the system to further enhance the wearable’s performance. Read more

Samsung is now expanding the availability of Blood Pressure and ECG health features to more Galaxy Watch 4 and Watch 4 Classic users in Canada. At the same time, it brings enhancements to the Samsung Health function for a better user experience. Read more

Samsung is going to introduce the next generation of its Galaxy smartwatch in the second half of this year. For several weeks now, we have been hearing that this year Samsung will replace its famous ‘Classic‘ Galaxy Watch model with the ‘Pro’ variant. Well, there was no confirmation about this so far but now it seems that this news is true.

Recently, Dutch media – Galaxy Club revealed the codenames of the upcoming Galaxy Watch 5 models. The leak reveals three watches including two variants of the base model and a Pro model.

Heart-S: This is the smaller version of the new watch with a size of around 40 mm or 42 mm, having model number SM-R90x.

Heart-L: This is the larger version of the base model with a size of around 44 mm or 46 mm. Its model number is SM-R91x.

Heart-Pro: This is a codename of the higher variant of the Watch 5 series, which confirms the Pro model. It has model number SM-R92x and it seems to only exist in one version, in terms of size.

Besides revealing the Samsung Galaxy Watch 5 codenames, the Dutch media also claims that these models are under development for the European markets. Dutch models also look to be a part of this but only with WiFi or Bluetooth connectivity and no 4G.