Samsung has dispatched the Android 12-based One UI 4.1 update for Galaxy Note 20 and Galaxy Note 20 Ultra smartphone users in Brazil. This update comes with a hand full of new features, optimizations, and customization options to provide you more control over your device.

Besides the major feature addition, the OEM now lets you add emojis to calendar entries, take quick notes while browsing the internet or Gallery, lets you customize your phone’s wallpapers with more ease, and much more.

On the other hand, it also improves Bixby Routines, Dark Mode, RAM Plus, Color Palette, and others. At the same time, it adds an option to disable the Game Optimization Service as well as installs March 2022 Android security and 10 stock app upgrades.

Samsung recently started delivering the One UI 4.1 updates to its flagship models. While the devices like Galaxy S21, Z Fold 3, and Z Flip 3 have already grabbed it, the Galaxy Note 20 is the latest to get the One UI 4.1.

Samsung Galaxy Note 20 One UI 4.1 update installs various new features and changes alongside the March 2022 Android security patch for better system security and performance. It’s currently rolling out in Europe and will reach other users in the coming days or weeks.

Alongside the all-new functionalities of One UI 4.1 custom software skin, the Galaxy Note 20 One UI 4.1 also gets some exclusive Galaxy S22 features. One of such features is the Google Duo Live Sharing feature that lets you enjoy your favorite shows, pictures, videos with people who are far away from you.

The update is also installing many new camera features that are inspired by the Galaxy S22 series. Other than this, Samsung One UI 4.1 is also bringing Object eraser, Enhanced Quick Share, the Grammarly-Powered Keyboard, and many more to your device. 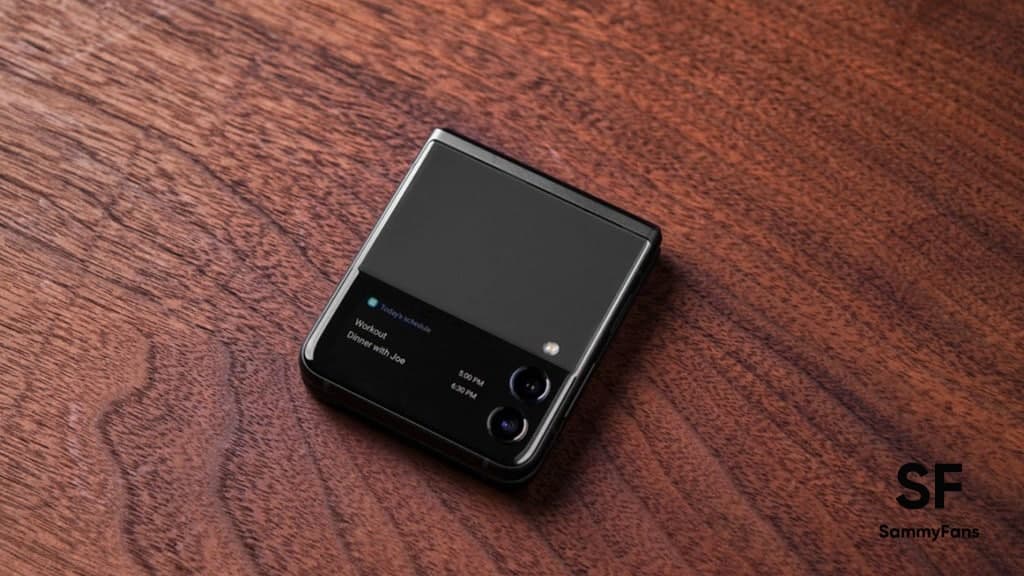 Samsung Galaxy Z Flip 3 started getting the July 2022 security patch in the US. It comes with version number F711U1TBS2DVEG for the carrier-unlocked devices. Other than system security increment, this update seems to have nothing significant for the consumers.

If you haven’t yet received the Samsung Galaxy Z Flip 3 July 2022 update notification, you can check and download it manually through Settings. Now, go to the Software update sections and tap Download and install. To get access to the latest changes, follow the on-screen instructions. 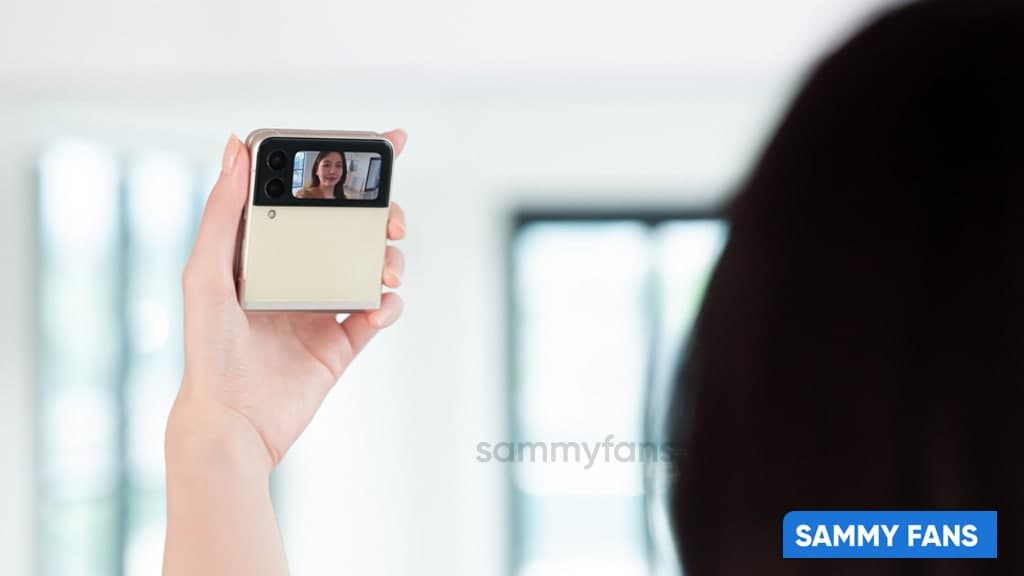 Samsung has begun rolling the June 2022 Android security patch alongside a new software update for the Galaxy Z Flip 3 smartphones in the US. This update not only enhances the security and stability of your device but also improves the device in various aspects to provide users with seamless performance.

Samsung’s June 2022 security patch details on the other hand mention fixes for over 60 privacy and security-related issues and exploits to boost the overall device’s functionality. These include 5 Critical, 39 High, and 1 Moderate level of CVEs from Samsung and Google.

According to the information, these vulnerabilities are related to SIM card data access, improper access control, camera access, Bluetooth, Wi-Fi, Samsung account, and others. You might also notice some minor changes and improvements after installing the fresh firmware on your Galaxy Z Flip 3.

Samsung Galaxy Z Flip 3 June 2022 update comes with One UI build version F711USQU2DVEE. It is currently live for the carrier-locked models in the United States. However, the company won’t take much time to spread the update to more users in various regions.

In late June, Samsung began rolling out the July 2022 Android security patch updates to its eligible devices. The update has reached various Galaxy users all over the world and is now expanding in the United States through the Galaxy Note 20 series.

Samsung Galaxy Note 20 received the July 2022 security patch update in Europe yesterday. Now the device is collecting the latest software update in the US. However, this update doesn’t bring any new features or major changes, as per the changelog.

It should be noted that recently Samsung camera in charge reported that it will bring the Expert RAW application for Note 20 and Note 20 Ultra with the July patch update. So, your device might have received it, you can try finding it on the Galaxy Store app.

Besides these, the Samsung Galaxy Note 20 July 2022 update only improves the security and stability alongside fixing multiple privacy and security-related vulnerabilities and exploits (currently unknown) to enhance the overall device’s performance.

As soon as your phone will receive this update, it will notify you. In case you want to check it manually, head over to Settings >> Software update >> Download and install. Now follow the on-screen prompts to get access to the latest changes. 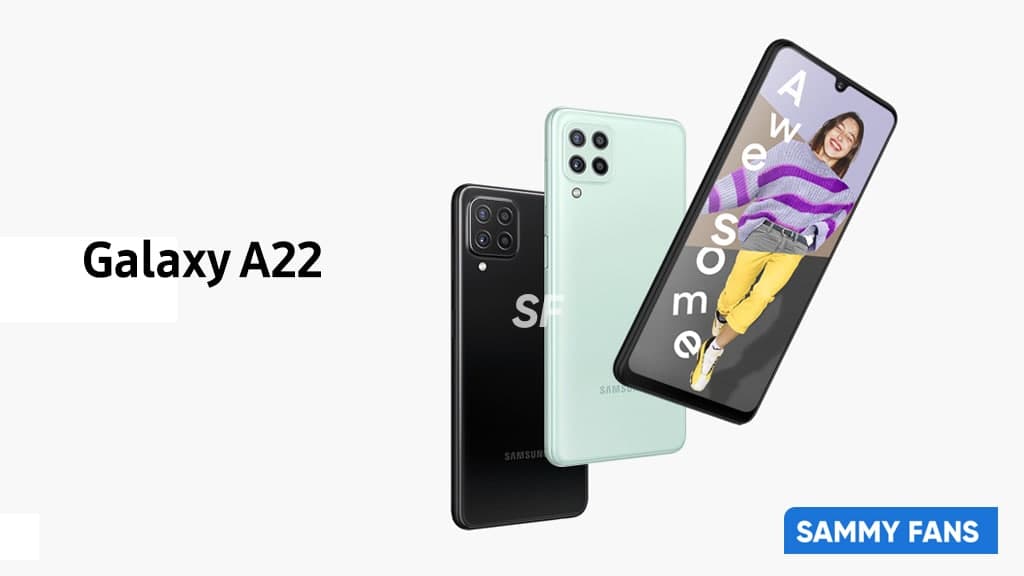 Samsung will release the Android 13-based One UI 5.0 beta update for eligible Galaxy devices shortly. Ahead of this, the company is finishing up its Android 12 One UI 4.1 update rollout.

In a recent development, Samsung has begun rolling out the Android 12-based One UI 4.1 update for the Galaxy A22 5G smartphones. The update is released in Malaysia and Thailand markets at the moment and will soon reach more users in various regions.

Furthermore, the Samsung Galaxy A22 5G Android 12 One UI 4.1 update comes with build version A226BXXU4BVF7. It installs multiple new features, customization options, and improvements over the previous version. At the same time, it brings June 2022 patch for system security enhancement.

Based on Android 12, the One UI 4.1 is more connected, more intuitive, more secure, and easier than ever. The first main feature that it brings is Dynamic theming that syncs with your phone’s wallpaper and offers you a different color palette that applies to the system UI.

Next, there’s Google Duo Live Share which allows you to share your screen with people you are far away from. The Enhanced Quick Share allows you to edit and share images with more ease and the Grammarly-powered keyboard ensures that you won’t do typing mistakes. 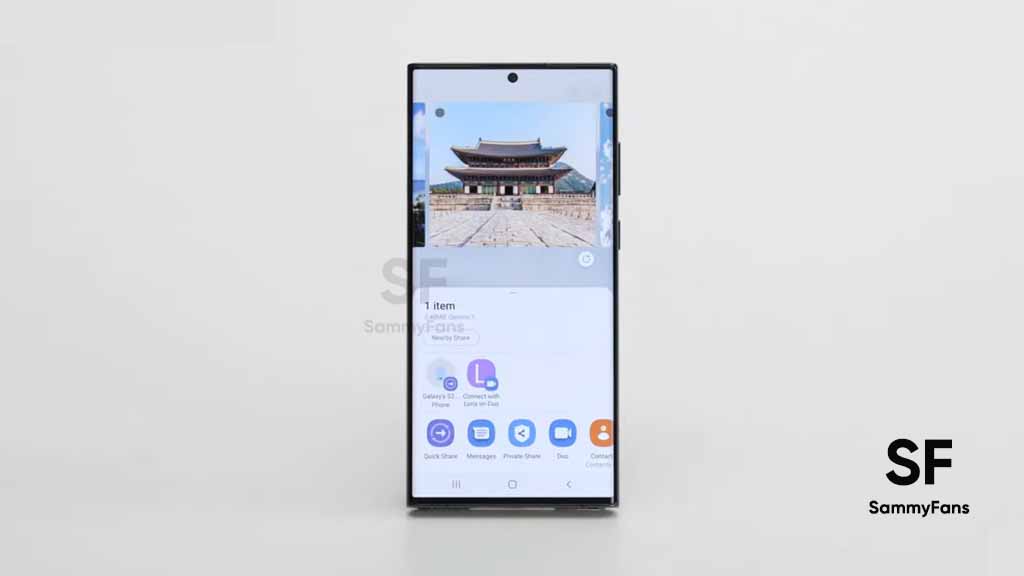 On the other hand, the improved RAM Plus lets you customize your phone’s RAM based on its performance. With tools like object eraser and shadow eraser, you edit your picture without installing any third-party app. Another noticeable feature is the ability to turn off GOS.

Besides these, the update brings new widgets to Samsung Internet search for information directly from the home screen, the ability to add emojis and stickers to the calendar, revamped Notes app, improved Device care, additional camera features, and others.