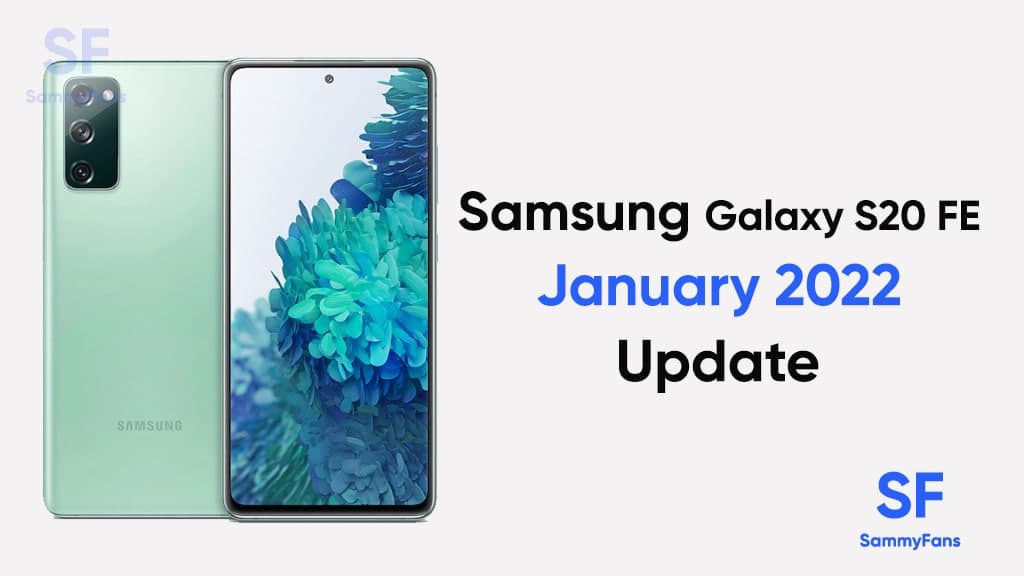 Samsung has recently started releasing the January 2022 Android security update for Galaxy S20 FE 5G smartphones. The update has already reached many users and the company is now expanding it in Brazil.

The Galaxy S21 FE January 2022 update comes with One UI build version G780GXXS3BVA5 in Brazil. It will protect your device from bugs and viruses and will enhance its performance.

You can download this update by visiting the Settings of your device. From here, tap on Software updates, then click on Download and Install. Wait for the phone to check for the available software rollout and bring it to your phone.

Samsung Galaxy S20 FE 5G is getting a new software update that mainly installs the January 2022 Android security patch for better system security. Currently, the update is released for Indian users, however, it will soon reach other region users.

Moreover, the January 2022 Android security patch brings fixes for a number of SVEs and CVEs from Samsung and Google, thus improving the device’s performance. You can identify this update via the One UI build version G781BXXS4DVA2, it weighs around 194GB.

The phone was shipped with Android 10 but was updated to Android 11. The company has released the Android 12 and One UI 4 for the Galaxy S20 FE recently. Since Samsung is committed to the “three generations” of Android OS updates for its flagships, the last major software upgrade to the Android 13 phone is possible for the device.