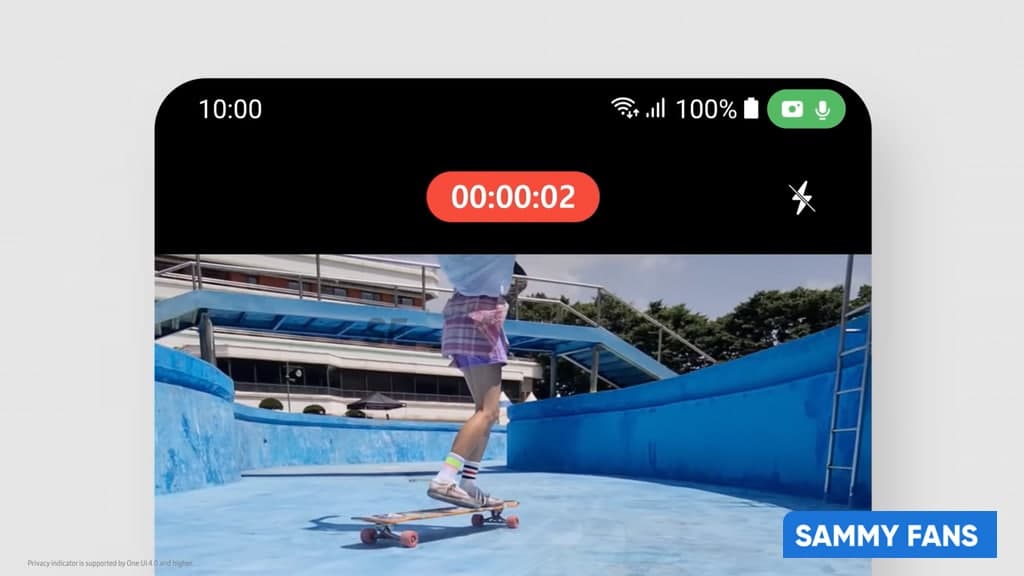 Recently, we heard that the Android 12-based One UI 4 beta program is about to launch in South Korea for the Samsung Galaxy Z Fold 3 and Galaxy Z Flip 3 foldable smartphones.

But now, surprisingly, Samsung has officially released the One UI 4 beta program for Galaxy Z Fold 3 and Galaxy Z Flip 3 devices in India.

In addition, the company has also announced the first hotfix update based on the third One UI 4 beta build a while back, which brings fixes for a number of bugs and issues that have been performing poorly after installing Beta 3 on the Galaxy S21.

One UI Beta Program is an opportunity for consumers to try One UI features before their official release and send feedback to the company to help it create an exceptional experience for Galaxy users. However, here, in this article, we are discussing how to edit videos on One UI 4.

How to edit videos on Galaxy devices?

Edit videos stored on your device. 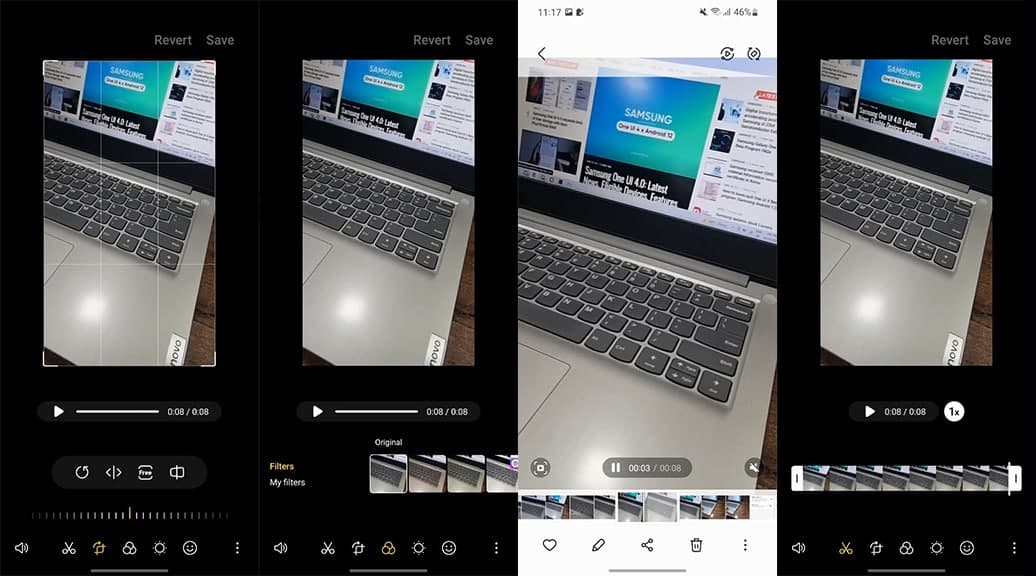 Read more: One UI 4.1 Eligible Devices: Next Samsung Android 12 update after One UI 4.0

Trim: Cut segments of the video.

Transform: Rotate, flip, crop, or make other changes to the overall appearance of the video.

Draw: Draw on your video. 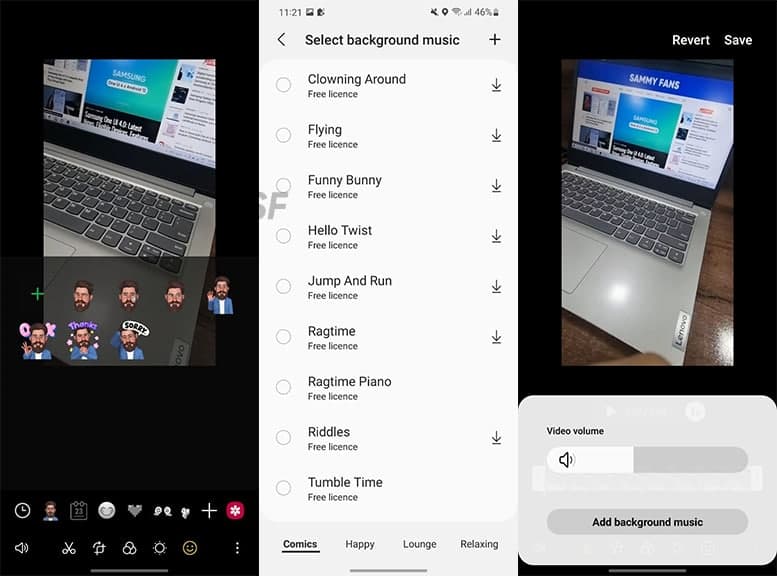 Text: Add text to your videos. 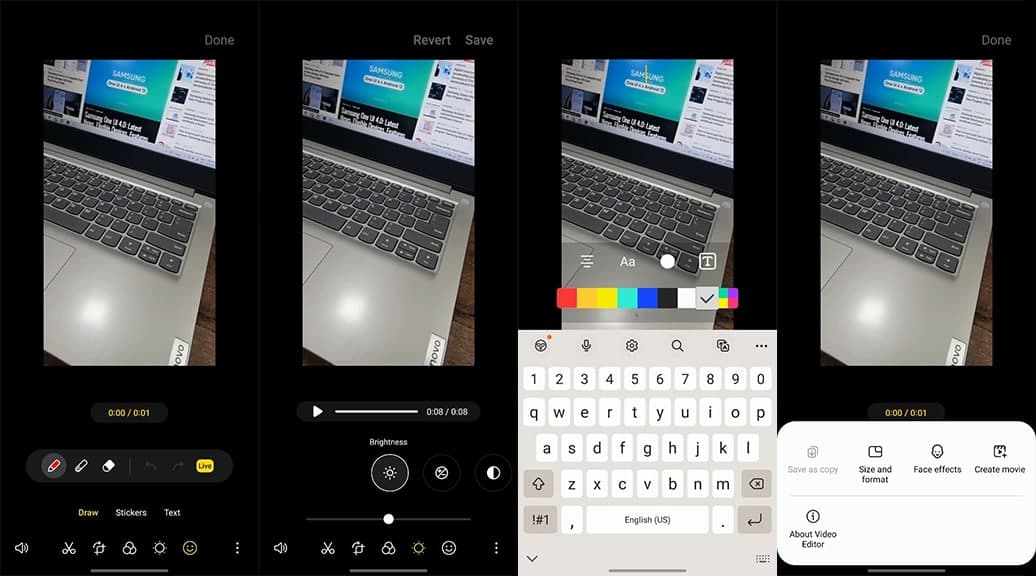 Audio: Adjust the volume levels and add background music to the video.

Related Topics:One UI 4One UI 4 Camera featureSAMSUNGTipVideo editing
Up Next

One UI 4.0 Tip: How to use shooting mode on Samsung devices?

One UI 4.0 Tip: How to setup Zoom-in mic on Samsung phones? 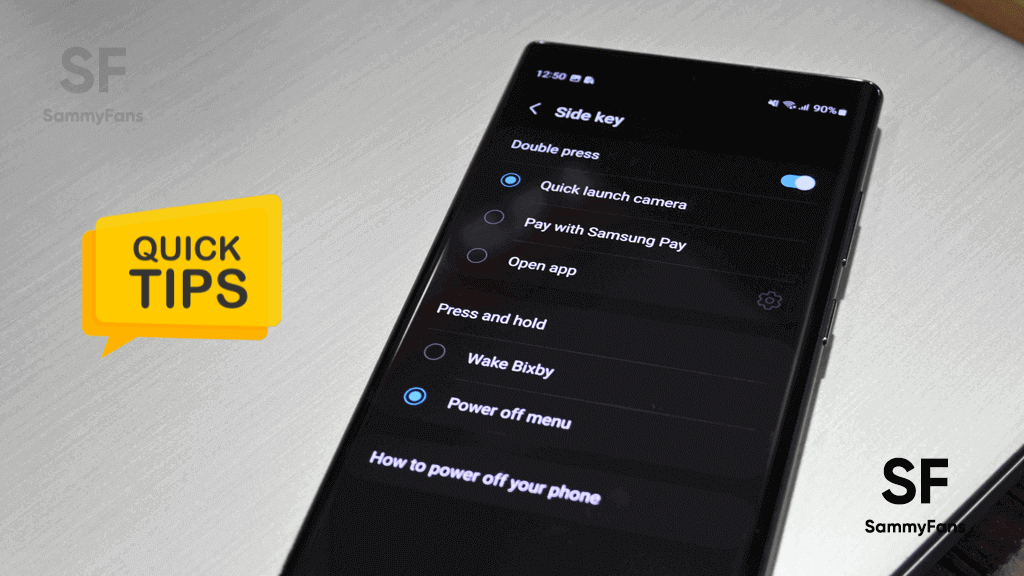 When a person buys a Samsung phone and uses it for the first time, they may experience irritation because of the Samsung mobile side key function. You might remember the old days when you were having the feature to turn off your phone by pressing and holding the side key. Those times have naturally passed due to whatever reason.

Bixby now launches with a lengthy touch, while your camera app launches with a snappy double-tap. The good news is that both of these options are modifiable. There are limited alternatives available to you, but it is far simpler to disable Bixby if you want Google Assistant or Alexa.

Follow the below steps to change the settings of your side key according to your needs:

Your first choice with the Double press feature is to switch it on or off. If you decide to maintain the feature, you may set it to start an app or your camera immediately.

Any installed software is available for selection, but some, such as the flashlight or Samsung Notes, make more sense than others. You have a few more restrictions while using the Press and hold feature. Alert Bixby or the Power off menu are your two choices.

How to enable Samsung ‘Lift to wake’ gesture 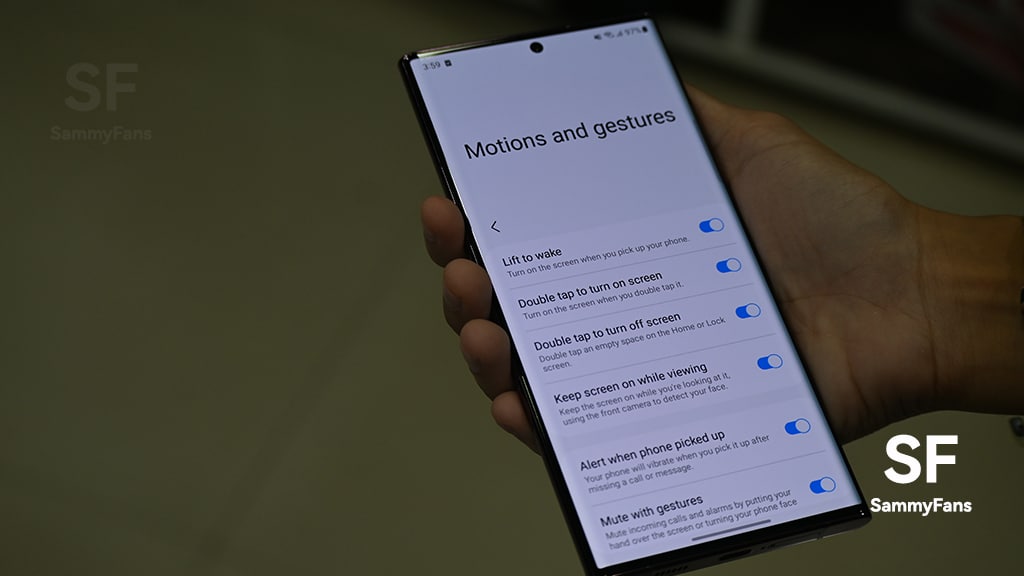 Based on Android 12, Samsung One UI 4.1 may not seem like a significant update on the surface, but it does bring some notable usability improvements to the table. It has a lot of customization options to completely revamp your phone’s UI at the same time, Samsung continues to offer some great gestures, such as ‘Lift to wake’.

Gestures play an important role in enhancing phone usability. These make it easy to operate the phone and check out some information without any hustle as well as saves time when you are in hurry.

Samsung Lift to wake feature allows you to turn on the display by simply lifting your phone from a table or removing it from your pocket. When turned on, there’s no need to press the power button to check the date, day, time, notifications, battery, etc.

Inside this article, you can find how to enable the Lift to wake feature on a Samsung Galaxy device running One UI 4.1.

How to customize Samsung Always On Display 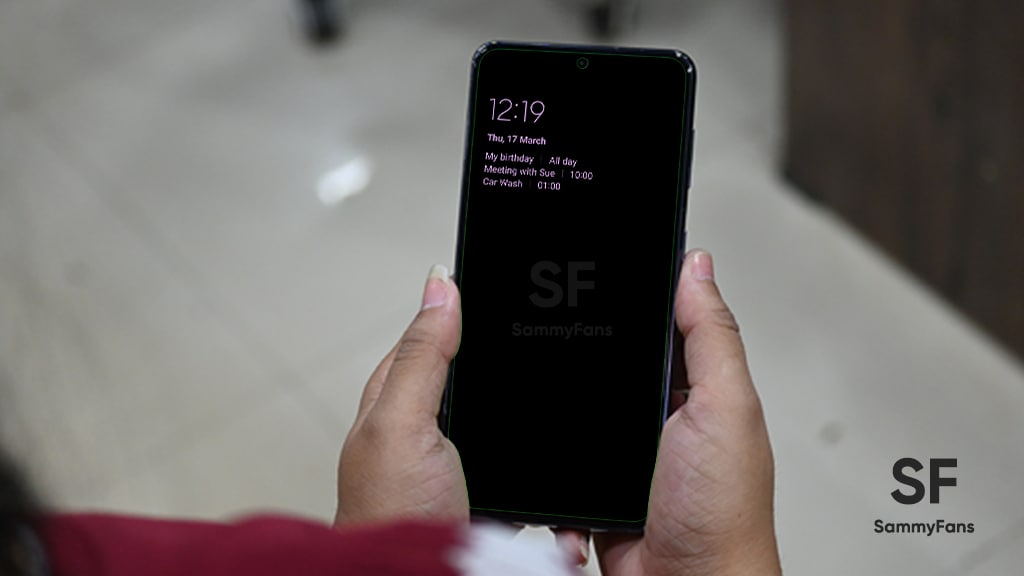 Samsung released the Always On Display (AOD) feature for its Galaxy smartphones years ago. It’s a handy feature that lets you view important information such as time/date, notification, music, etc without unlocking your phone.

When Samsung first introduced AOD, it didn’t had so many functionalities, but it continues to get improvements over time. It’s worth mentioning that only Samsung lets you customize Always On Display and no other OEMs and that’s really appreciating.

Samsung phones give you more control over your AOD screen, here’s how you can better customize your Samsung Galaxy phone’s Always On Display.

How to customize Samsung Always on Display:

Here you will see a few settings to play with. You can choose how long the Always On Display stays visible and pick your preferred clock style from a variety of digital and analog options.

Other than these, it gives you the ability to use AOD in Landscape mode, you can do so by tapping the Screen orientation option. It further lets you choose whether or not the media playback controls are shown through the always-on display.

On the other hand, the Samsung Themes app has a separate section for Always On Display themes where you can select hundreds of themes that suit your choice or mood. In addition, by installing the Good Lock ClockFace module, you can get more clock themes for your AOD.