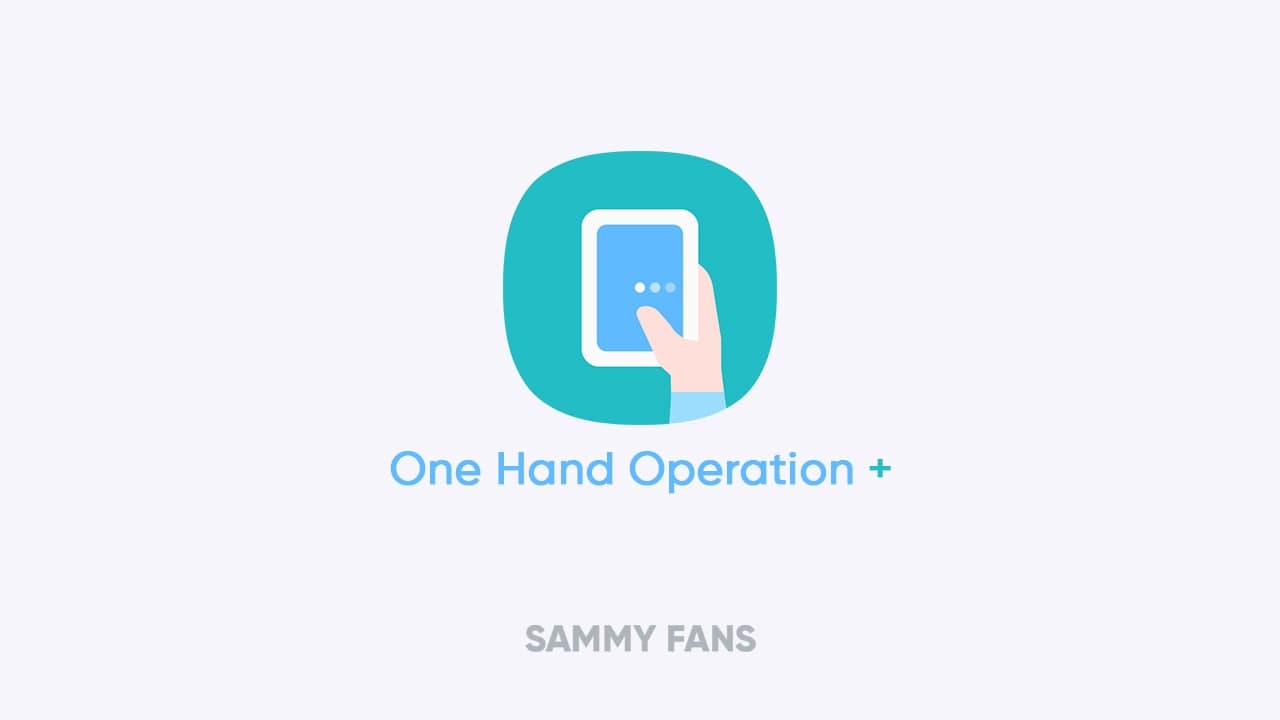 With the One UI 4 Beta 2, Samsung introduced the Android 12‘s wallpaper-based theme system. For the Galaxy devices, the Material You theming engine is called Color Theme, which can be found in wallpaper settings.

Recently, Samsung started sending a new One Hand Operation + application update. The changelog of this update mentions some new features as well as fixes for an issue that occurs when DeX is connected to phone.

Aside from this, the new One Hand Operation + update adds “NFC” / “Do not disturb” action for “Quick tools”, changes “Screen rotation” marking as “Rotate right/left”, and support for One UI 4.0 wallpaper color theme.

Samsung Good Lock is a group of various modules and applications that lets Galaxy users modify/customize the One UI. One Hand Operation + is a member of the Good Lock family, which lets you easily operate larger screen smartphones with just one hand.

Get Samsung Good Lock 2022 all modules with One UI 4.0 – Official Download Links 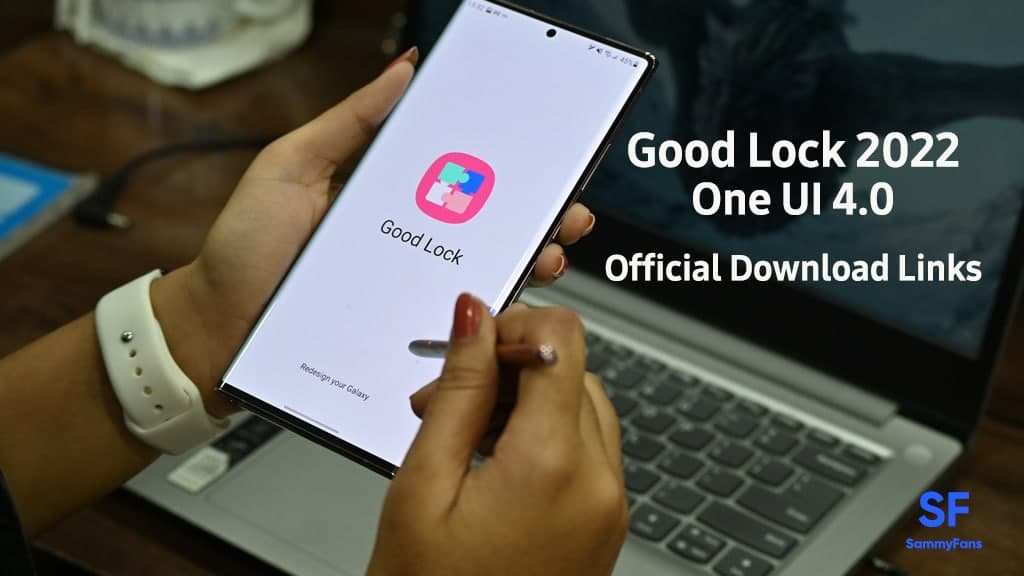 Good Lock is an interesting application developed by Samsung for flagship and select Galaxy A series devices. This app introduces several excellent services including modules and apps that make the One UI software system highly customizable.

On October 29, it’s reported that Samsung has started preparation for the Android 12-based One UI 4.0 update rollout for Galaxy devices. Previously, the company revealed that the stable One UI 4.0 update will release for the Galaxy phones later this year.

You can get download the latest version of the Android 12-based One UI 4.0 supported Good Lock and its modules/services via official links given below. However, we’ve compiled a list of Good Lock apps and modules that have received Android 12 support with new updates, check the list here. 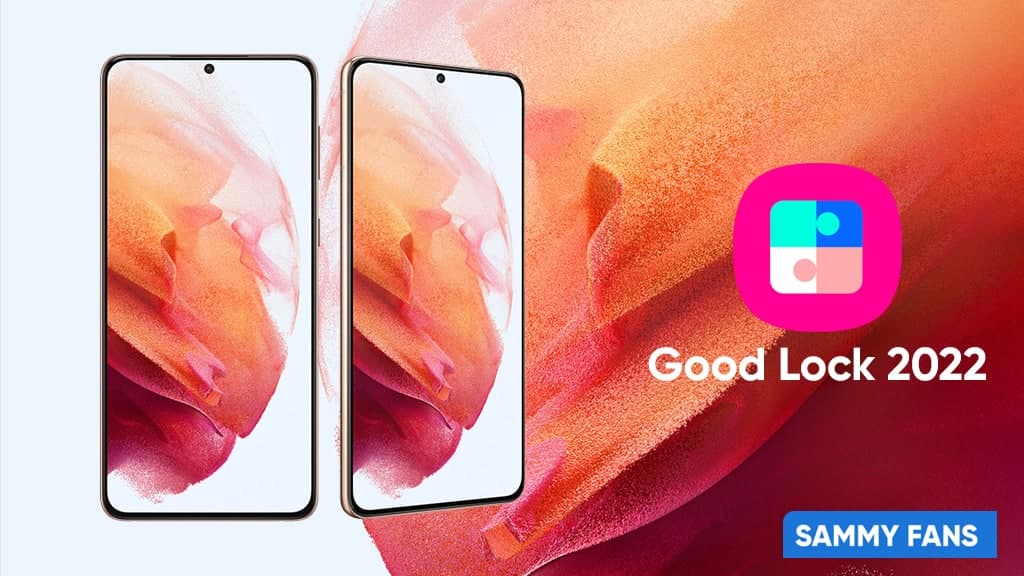 Good Lock is an interesting application offered by Samsung for flagship Galaxy devices. This app consists of several excellent services called modules and apps that make the One UI software system highly customizable.

As always, several Good Lock apps and modules become no longer compatible with the devices running Android 12-based One UI 4.0. As the customization of the UI is based on the operating system, the company needs to optimize Good Lock again.

In a recent development, Good Lock in charge in South Korea shared the entire plan of the Good Lock 2022 that will be made for Galaxy devices running One UI 4.0 based on Android 12. The upcoming version will come with several new features and improvements for all the modules and applications.

After the One UI version was officially opened, it took some time for Good Lock to work in the new One UI, and many complained about the inconvenience because the function that was used during that time did not work.

This year, Samsung engineers are preparing as much as possible so that you can use Good Lock. At the same time, as One UI 4 officially opens (though it was very difficult for the developers) to eliminate the gap in which Good Lock cannot be used.

According to the official proposal, Samsung hopes that our customers will like it, and the new features of Good Lock that we are preparing with enthusiasm are as follows.

It’s a bit vague to confirm it’s January, but there were a lot of voices hoping the Good Lock team would do something about making better use of the Z Flip 3’s cover screen. (The function you expect is correct) When it is finalized and confirmed, it will be given as a gift to Z Flip 3 customers.

Get notified –Aside from SammyFans’ official Twitter and Facebook page, you can also join our Telegram channel and subscribe to our YouTube channel to get notified of every latest development in Samsung and One UI ecosystem. Also, you can follow us on Google News for regular updates. 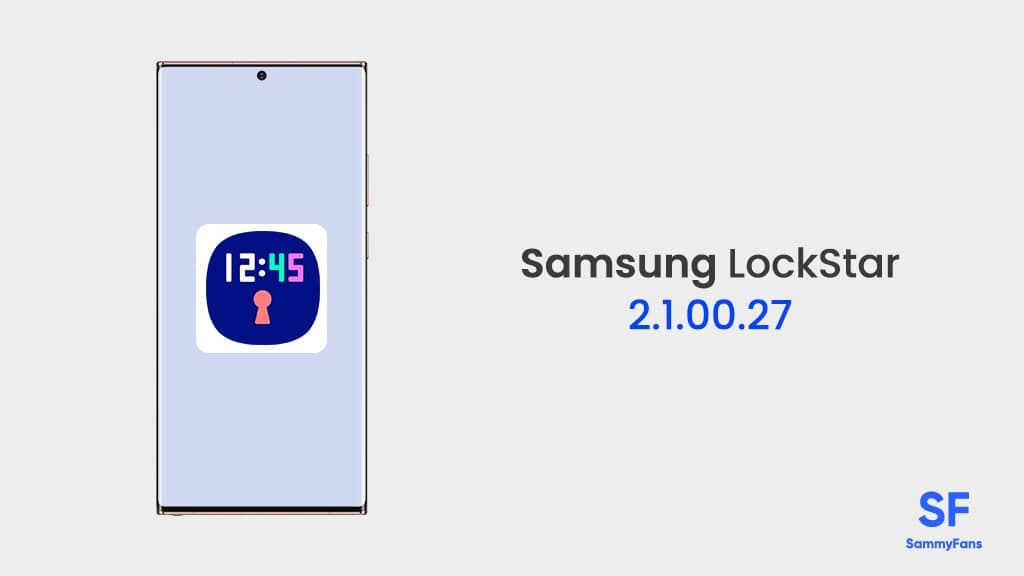 Samsung’s Good Lock service introduces a lot of customization options, consisting of Units and Family sections. Among them, the Unit section’s LockStar module comes at first as it appears on top just after opening the Good Lock application.

In order to further improve the usability of the LockStar module, Samsung keeps this application regularly updated, and also adds new features and customization options. In this article, we will cover all the latest insights about Samsung LockStar module.