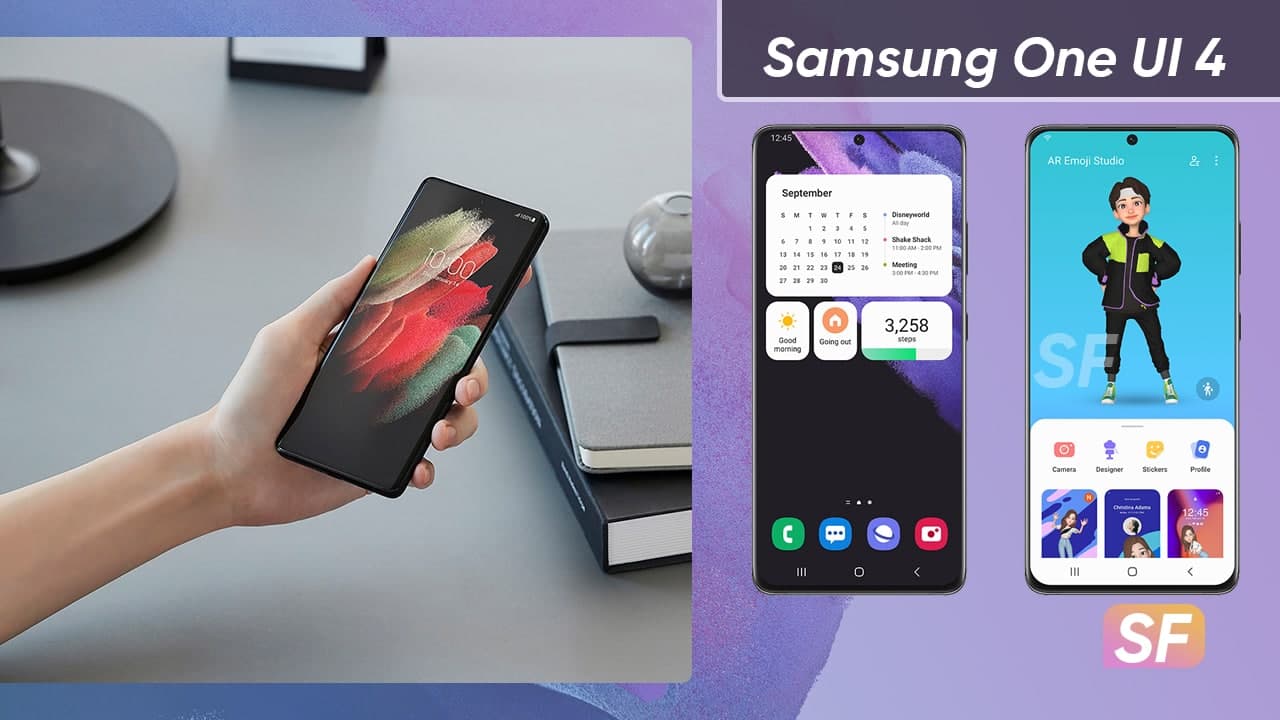 Exploring Samsung One UI 4.0 Features on the web? Now, the time has arrived to focus your eagle eyes on this article, which takes you on a ride of brand new features and changed that have been introduced along with Samsung’s Android 12 update — One UI 4 Beta.

No doubt, Samsung’s One UI 4 Beta is based on Google’s Android 12 operating system and brings a bunch of new features, thanks to Beta Operation Manager for bringing the full official changelog. Now, we’re going to jump to One UI 4.0 Features without doing discussion on other matters!

Published earlier today, Samsung Newsroom post regarding the One UI 4 Beta brings details about just a few features and added privacy functions inspired by Android 12. Meanwhile, the consumers are rapidly finding changes in every spot of their phone after upgrading One UI 4 Beta.

One UI: Samsung’s proprietary user interface based on the Android operating system features a unified mobile experience to Galaxy smartphones through simplified and streamlined interactions and a clean and elegant design.

Samsung claims One UI 4 Beta members will be able to experience massive customization capabilities and privacy controls that empower them to design their ideal mobile experience.

Samsung One UI 4.0 introduces impressive customization options at every turn. Moreover, lots of themes allow consumers to quickly adjust the look and functionality of their Galaxy smartphones, thanks to home screens, icons, notifications, and wallpapers configuration tools. 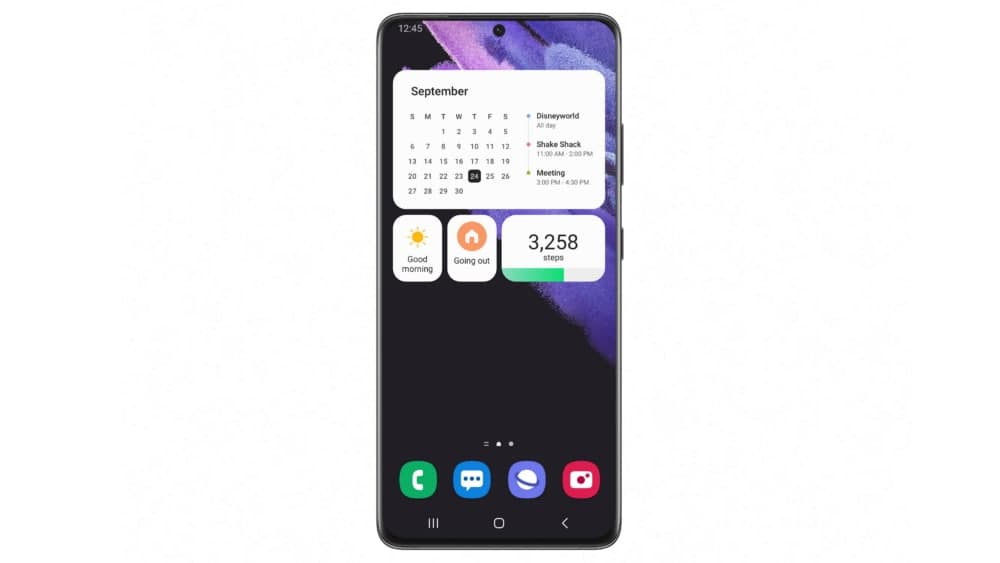 The 4.0 version of Samsung One UI offers redesigned, upgraded widgets in order to enable deep customization, from visibility to appearance. Besides, you will also get useful access to a big and diverse array of emojis, for effortlessly navigate your options to enjoy richer communication experiences. 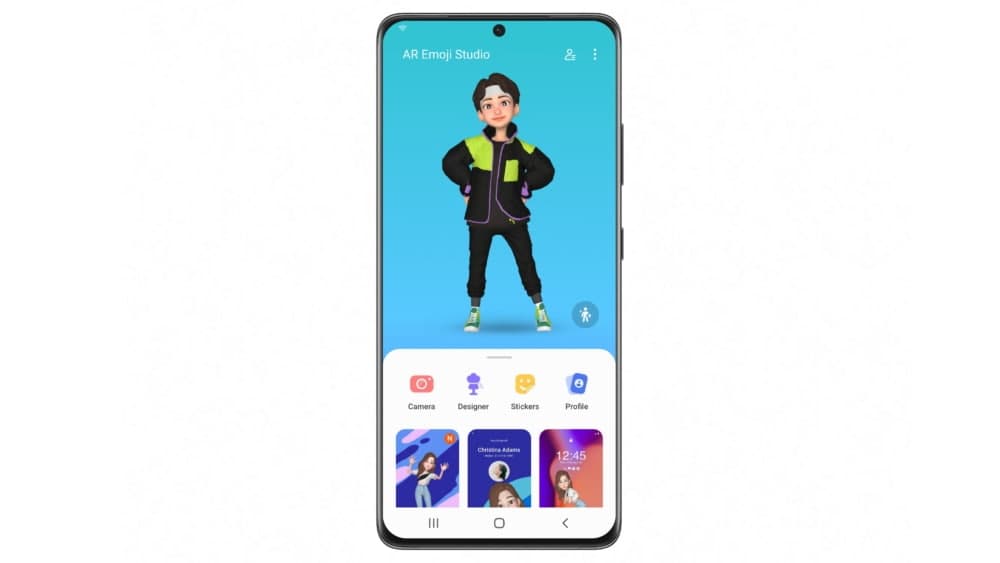 Aside from radical design changes, Google focussed on big privacy improvements and added more useful privacy features for the consumers. Following Google, Samsung adopted all the Android 12’s privacy changes and features for its Galaxy consumers that are coming with the One UI 4.0.

Samsung said the brand new One UI version highlights enhanced privacy and protection functions for users to understand exactly how their data are being used to customize their settings.

You may have known of the Android 12’s most discussed upgrade, commonly known as Indicators. Yes, Samsung is also bringing the same treatment to the Galaxy devices with its One UI 4 update.  Indicators alert users to app camera and microphone usage, so they can instantly disable permissions if they don’t want to grant access. 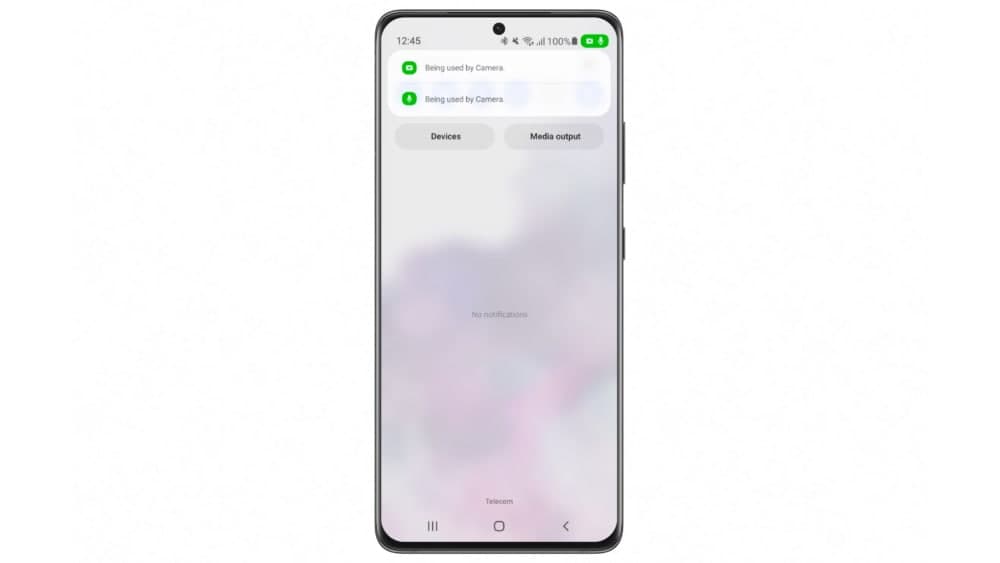 When it comes to permissions for applications, Google added a new privacy dashboard where users can view their permissions history from the last seven days, not just the Android 11-like last 24 hours. In addition, you can also check the current data usage of both their permissions and their apps. 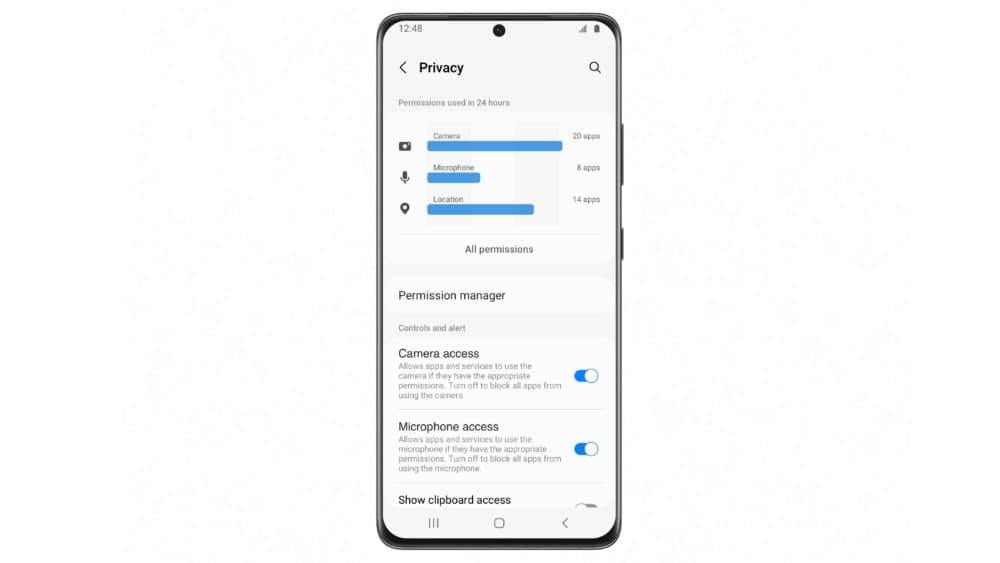 With One UI 4.0, Samsung has impressively upgraded the Labs functions which were debuted alongside the One UI 3.x versions. Now, you can try the experimental features such as Multi-window for all apps. This new tool lets all apps open in pop-up view or split-screen, even without having compatibility to do so.

Specifically, Samsung One UI 4 based on Android 12 brings noticeable upgrades to the Exynos 2100 powered Galaxy S21 series devices when it comes to performance and smoothness of animations. However, there’s no new feature added for the home screen as of now with One UI 4 Beta.

In the stock Camera application, the One UI 4 Beta highlights no major upgrades, which Samsung has reduced an icon from the very first appearance.

Easter Egg is a hidden feature in the Android OS that can be accessed by performing some specific steps in the settings menu. With the One UI 4, Samsung obviously used the Android 12’s Easter Egg, which can be activated by turning the clock time to 12.

Compared to the One UI 3.1, the One UI 4 Beta based on Android 12 packs a significantly improved Widgets View in which consumers can now pick up their preferred widgets from big squarish-formed shapes instead of the older list view.

When it comes to the smartphone’s Home Screen, consumers want full access to customize it as they want and a collection of useful features. By further improving the experiences, Samsung embedded a new feature called Add media page to Home screen in which you can choose between Samsung Free and Google Discover.

As Samsung offering several customization features, the charging animation is not left behind. After upgrading the One UI 4 Beta of your S21, whenever you connect your phone to the charger, you will be surprised with an excellent charging animation. Check it out below.

The newly added Private Compute Core menu brings three new options in which the first one lets you know more about Device learning such as getting suggestions based on the people, apps and content you interact with.

The 2nd one lets you enable or disable Keyboard suggestions in the keyboard suggestion strip such as smart reply and quick paste. And the 3rd one enables consumers to clear all data stored by Android system intelligence in three ways – Last hour, Last 24 hour and All time.

With the MIUI 12.5, Xiaomi introduced a massive privacy protection feature for Chinese consumers that is now ready to make its entry on Samsung Galaxies. The Korean tech giant calling it precise location and when the toggle is off, apps can access your approximate location instead of exact.

One UI 3 introduced an improved Device care experience with the Android 11 update last year. And now, Samsung has further revamped it yet again with One UI 4 based on Android 12. Meanwhile, you can see some minor color changes and tweaks on the buttons and toggles.

Samsung Galaxy S21 series comes with Google Messages as its default messaging application instead of Samsung’s native Messages service. Both Samsung Messages and Google Messages feature a vacant space in the header which shows the title content in big fonts.

Following the same, the company has further expanded this minor UI change for the Default apps menu. We can expect, the stable Android 12-based One UI 4 update will bring more improvements and the same cards for more spots.

Whenever the user heads to input content to the phone, Keyboard comes first. To offer a better typing experience, Samsung did minor changes to the top settings shortcuts of the keyboard application as the icons are showing inside a circular shape.

Aside from the above-mentioned features and changes, Samsung also bringing some minor tweaks in the user interface with its Android 12-based One UI 4 update. You can see their video clips below.

In case you missed it!

How to join One UI 4 Beta based on Android 12

Samsung bringing One UI 4 Beta in these countries