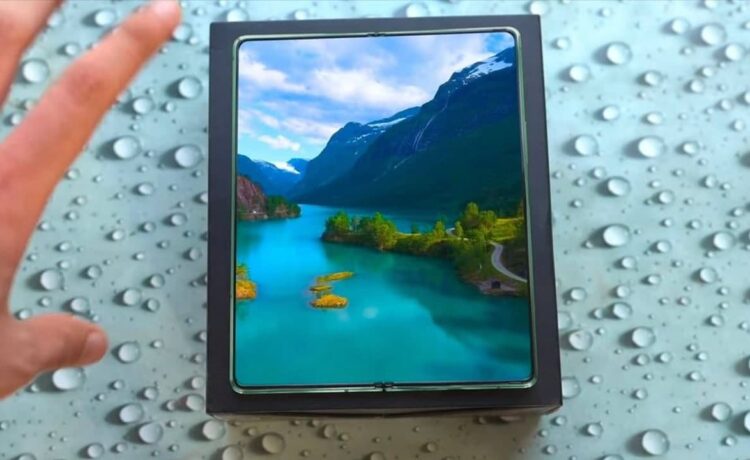 The Galaxy Z Fold 3 is going to become the world’s first foldable screen smartphone equipped with UDC (under-display camera) technology, and Samsung calls it UPC (under panel camera). The device is waiting to go official on August 11, while we now have the closest look at its UPC area on the foldable screen.

According to the info, Korean tipster FrontTron leaked an image of the alleged Samsung Galaxy Z Fold 3 foldable smartphone, which shows the strategy (UPC) adopted by Samsung to hide the hole of the folding screen’s selfie camera. As you can see, the hole of the selfie camera can be easily found in the mosaic effect.

Around two months ago, famous tipster Ice Universe leaked some important information about the UPC functionality of the Galaxy Z Fold 3 as its under-panel selfie camera will have 40% higher light transmittance compared to the current UDC phones such as ZTE Axon 20 5G.

With higher light transmittance, the camera sensor can grasp more light in order to offer comparatively brighter images and videos with less noise. Furthermore, the tipster had also shared a screen image suggesting that the invisible camera might look like a mosaic pattern.

A few days back, a YouTuber posted a video of the upcoming Galaxy Z Fold 3 foldable phone, showing off the device from its rear camera module side at the 1:15 mark, while the device looks marvelous in vertically placed condition alongside the retail box at the 1.49 mark.