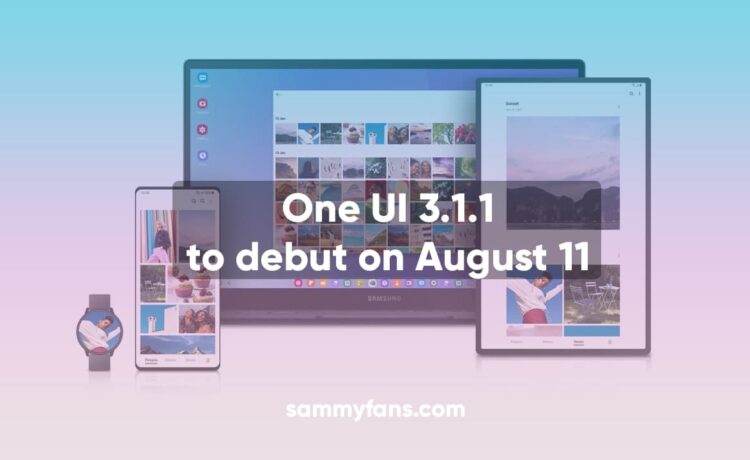 Samsung is ready to showcase its futuristic and third generation foldable smartphones this August. In terms of software, the Galaxy Z Fold 3 and Galaxy Z Flip 3 will come pre-installed with a new One UI version called One UI 3.1.1 on top of Android 11.

Instead of the most expected One UI 3.5, the South Korean giant will provide a new 3.1.1 version of the One UI to current Galaxy flagship and mid-range smartphones. Meanwhile, we’re not sure about the One UI 3.1.1 update release plan, but the Galaxy S moderator just disclosed some important info that you can check below.

According to Samsung Community moderator, the Galaxy S21 series won’t receive any One UI upgrade alongside the August 2021 security update. At the same time, the new security patch is expected to release next month, most probably in the first week.

Adding to this, the official said that the verification of new One UI version i.e. the One UI 3.1.1 is in progress and it’s they can’t reveal a detailed update rollout schedule as of now. Lastly, the moderator confirmed that they could announce the One UI 3.1.1 update schedule post August 11 Unpacked. 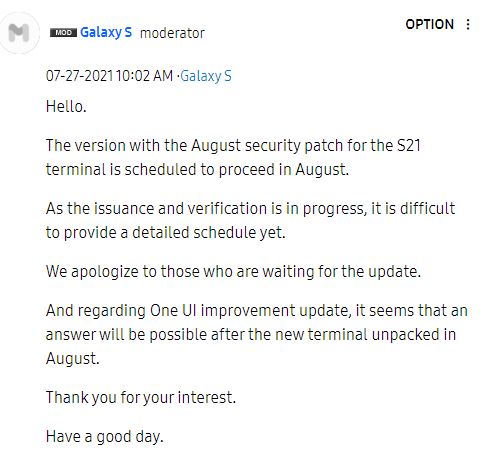 On the basis of previous rollouts, I’m sure that the upcoming One UI 3.x (Android 11) version won’t bring powerful features and major UI tweaks. Meanwhile, it’s expected that the One UI 3.1.1 could bring performance improvements and a more optimized system for a better overall user experience. 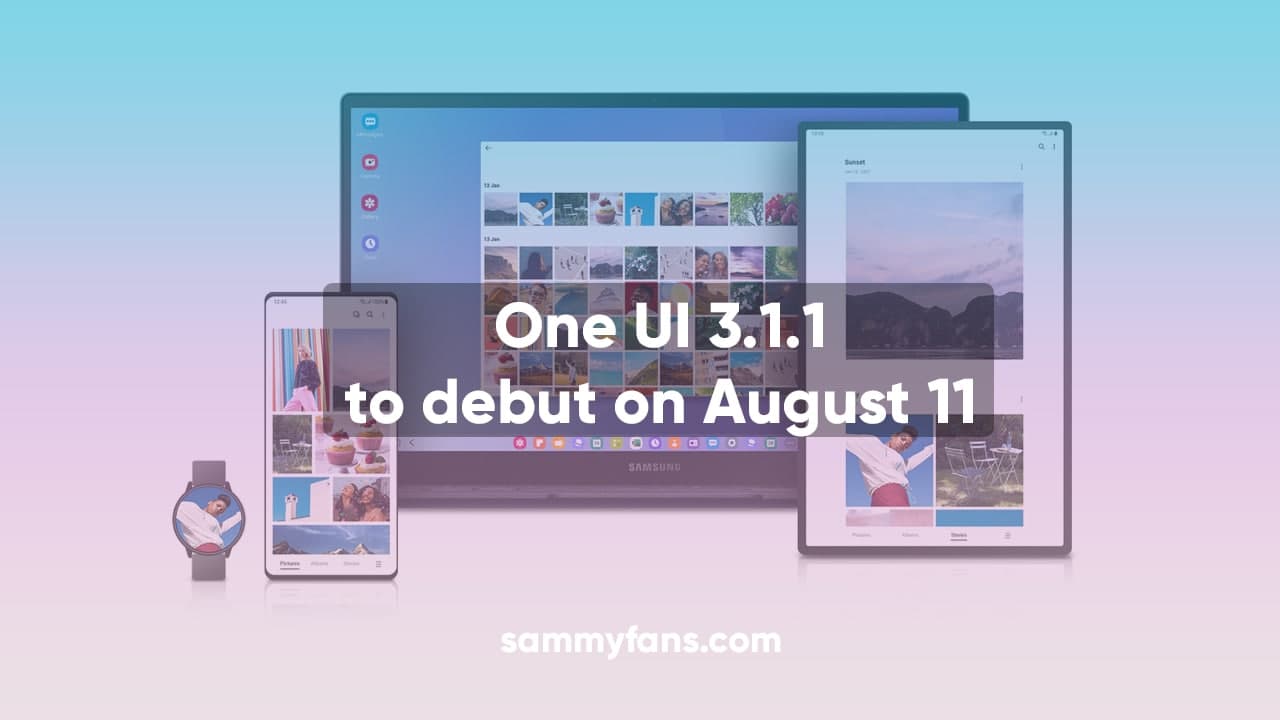 Google is ready to unleash the stable Android 12 update for Pixel devices in September this year, while Samsung has not yet disclosed any information regarding its One UI version development on the latest and upcoming Android version.

It’s expected that the Korean tech giant will announce the One UI 4.0 Beta (based on Android 12) for developers in late September, followed by public Beta and Stable release in October and December respectively.

Samsung Unpacked August 2021: How to watch the livestream