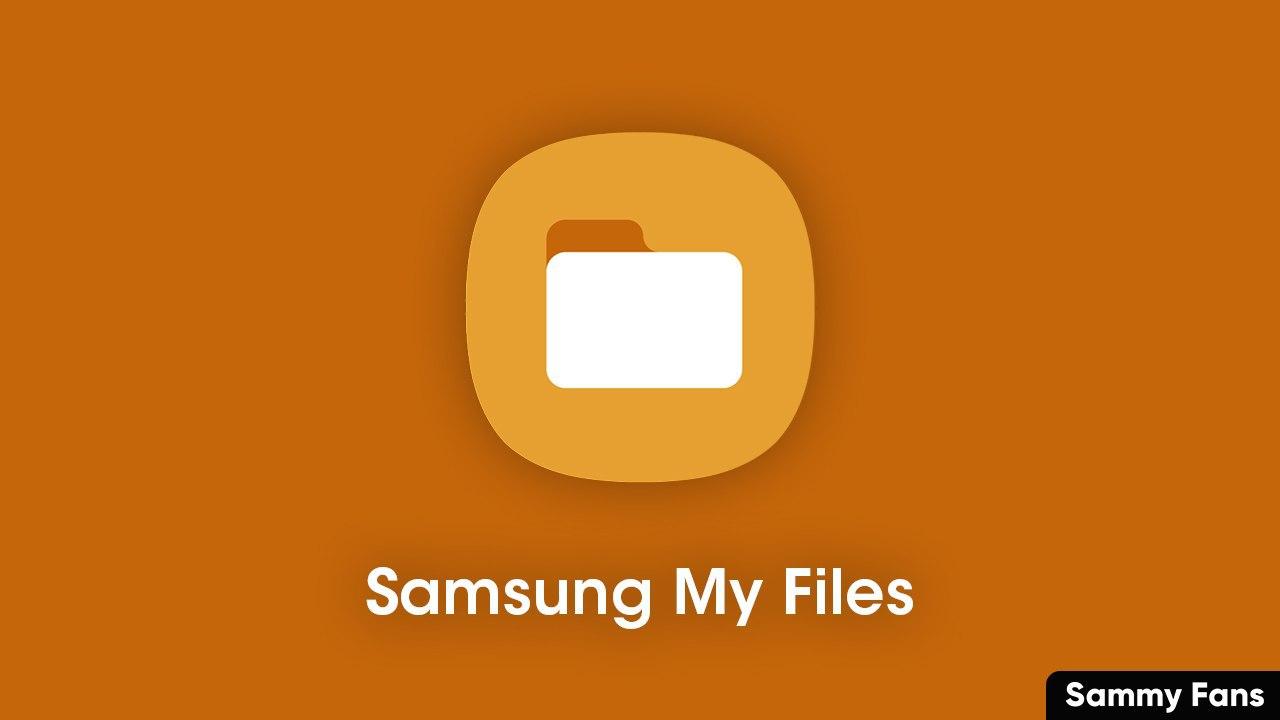 Update Samsung started rolling out the major My Files update for Galaxy devices. You can now easily check for it in Galaxy Store, if it has not yet arrived on your device, then wait for a bit until the company expands its availability. You can check all the features and changes of this update below.

Samsung officially confirmed that a heavy feature-packed update is coming for the My Files application this week. It will bring a number of new features as well as major optimizations for an enhanced overall user experience.

Users will be able to download a new Samsung My Files v12.2.00 update very soon as the company said its deployment is expected to begin this week. However, the person in charge will update as soon as the exact schedule is confirmed.

Samsung My Files developers noticed that there are folders that the user has never used directly at the top of the internal memory, which makes the folder list look complicated and it can be inconvenient to find the folders you use at a glance.

Required is a filter function that shows only some of the many folders in the internal memory Root (top location).

The area shown through Required is physically the same as the top-level path of the internal memory and shows only the lower folders among the folders in that location.

When the ‘Required’ filter is applied, Alarms, Audiobooks, Documents, Movies, Notifications, Podcasts, Ringtones, Recording folders do not show if the inside is empty. 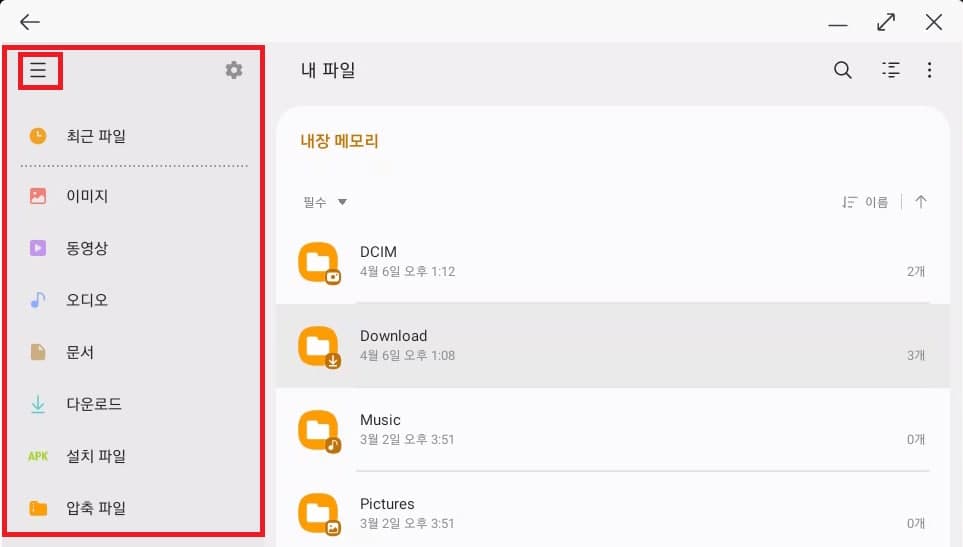 3. Run a file in multiple windows

The ability to run the file viewer in multiple windows is added.

Simply press and hold the file you want to run and select Open in New Window or Open in Another Window from the menu that appears. 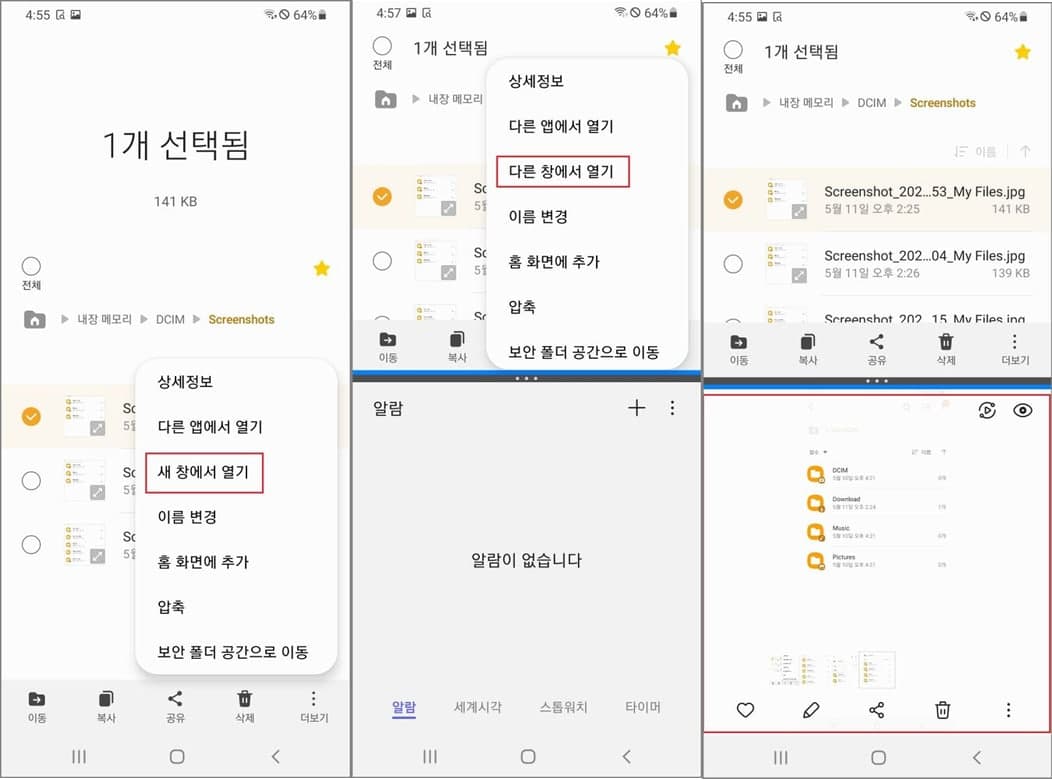 Now, backup/restore of the items you set as your favorites is supported through Smart Switch, so you can keep the list of favorites from your old device even on a new device.

5. Allow copying and moving files within the same category

In the meantime, there was an inconvenience of having to copy/move files selected from categories by moving them to the physical space menu such as internal memory or SD card.

However, copying/moving between different categories or from a physical area such as internal memory to a category is not supported.

Lastly, we will keep you updated on this matter and inform our readers about the new My Files update whenever it makes its way to the public. 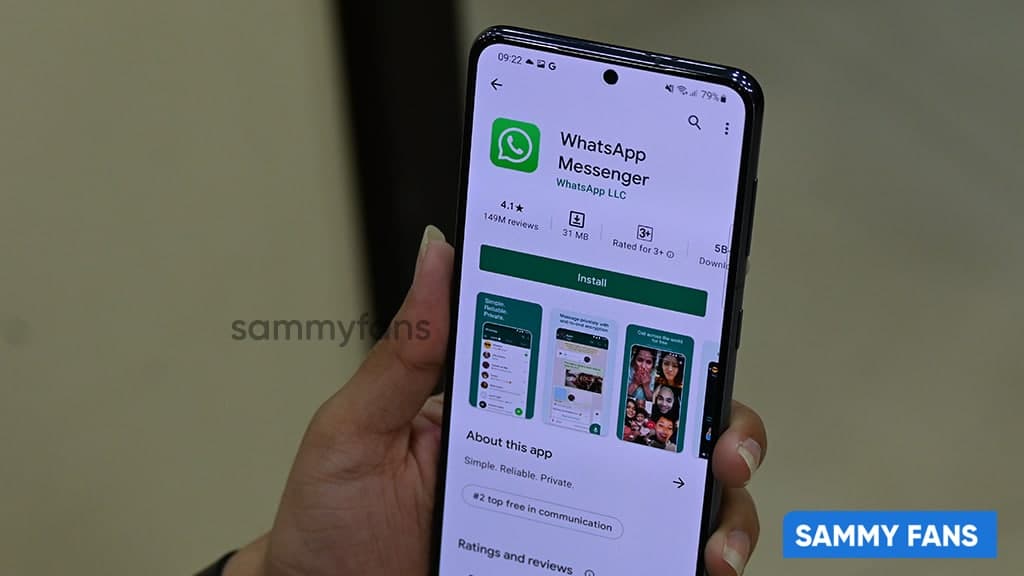 On June 23, Whatsapp introduced a new way to forward official stickers packs to your contact and groups. In the recent development, WhatsApp has released another beta update for Android users with version number 2.21.24.11. This new update brings a shortcut to quickly forward a sticker in Whatsapp.

Here a question arises that why WhatsApp is introducing this shortcut? Why was it needed? As WhatsApp already allows users to forward messages and sticker to any contact and group. But, the problem with this is that when you forward a sticker, the first thing you have to do is save the stickers. Otherwise, you cannot forward it.

But now with (via- WABetaInfo) this new feature, you can send stickers to any contact without saving them. Also, a good thing is that you will not see the option of a ‘Forward the sticker’ message.

To be noted, this feature is currently available for beta testers and those who install the latest WhatsApp for Android. It will soon release to the public through a stable update.

Aside from this, WhatsApp is always updating something new in the chat section or especially for Stickers. In the previous beta update, it is described that WhatsApp is planning to release a message reaction feature in the application.[Read more] 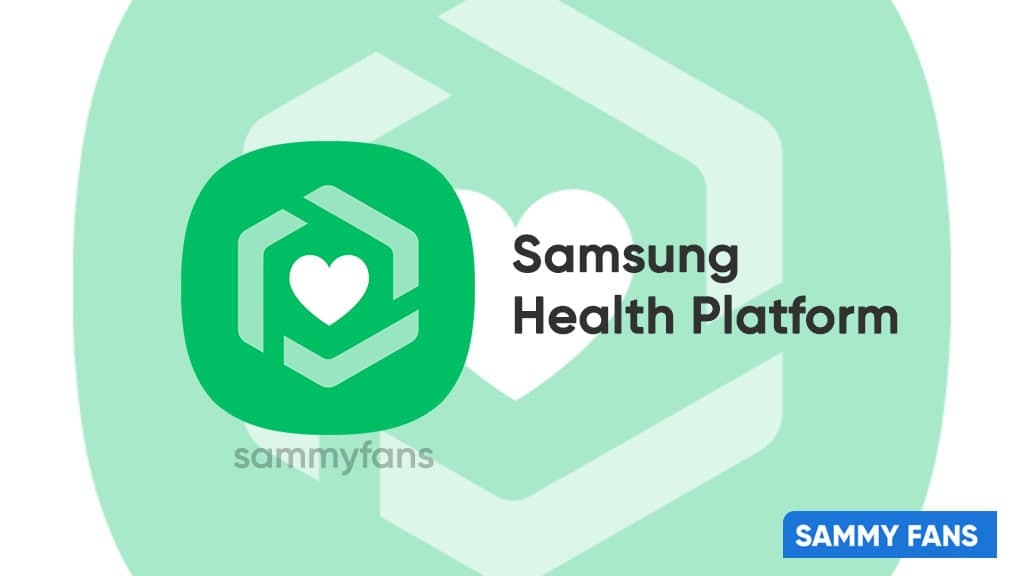 Along with the One UI 4 development, Samsung is also working hard to provide regular updates for its several stock application. Currently, the company has started to send a new update for its another application, the Samsung Health Platform.

Well, this latest update comes with various bug fixes and in the application for better performance and stability. For information, you can check the version number and changelog of this new update of Samung Health Platform mentioned below.

Tablets and some mobile devices with Android 11 or higher are not supported. This service is available in about 70 languages, including English, French and Chinese, and English versions are available in other language regions. 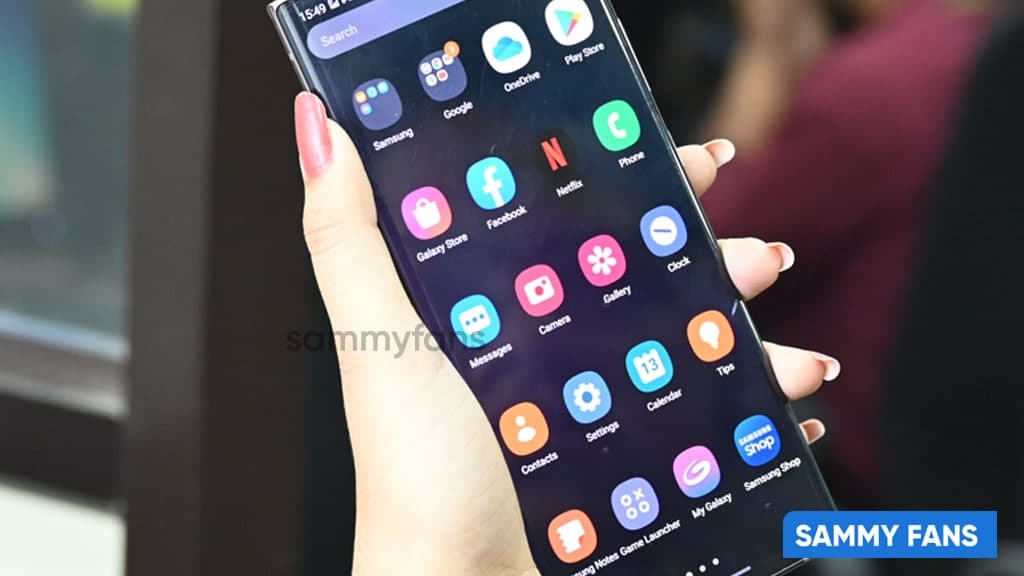 Like Google Messages, Samsung also has its own default SMS application called Samsung Messages, which is pre-installed on every Samsung smartphone. Using this app, you can not only share photos and emojis but also do much more, such as mute conversations or assign special message prompts to certain contacts.

To be mentioned, the above instructions and features apply to Samsung’s default messaging app, which is only available on Samsung phones running Android 9.0 Pie and higher software. These instructions do not involve operators or third-party applications.

Samsung is now started to roll out a new update for the Samsung Messages application. This latest update brings some regular improvements to the app for better performance and stability. In addition to this, the update can be identified through version 12.2.20.55, and package size of 45.19 MB.