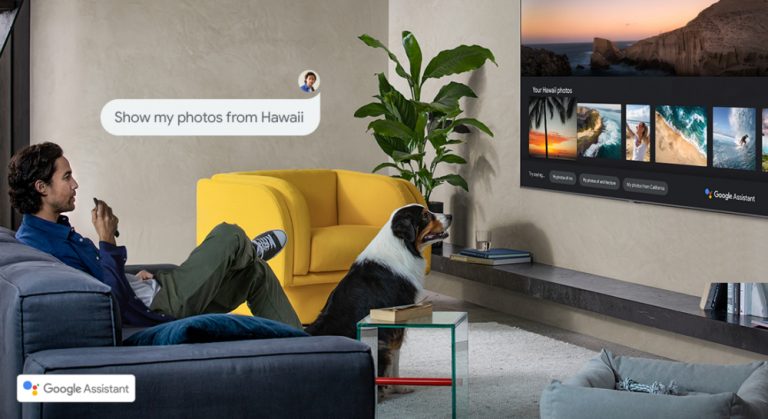 The Covid-19 pandemic heavily affected the industry as around every single OEM is facing a shortage of chips. Due to the supply imbalance, Samsung has already cancelled its iconic Galaxy Note flagship for this year and the new information suggests it could cut the production of another product.

According to the information, Samsung reportedly confirmed that if the global chip shortage does not stop, it may be unable to produce smart TVs. Recently, the company introduced its new TVs with Micro LED panels, which could increase the prices of these products if the current chip shortage continues.

Han Jong-hee, head of the display business at Samsung Electronics said – “The industry in general is facing a severe supply shortage. If this continues, we may not be able to produce televisions.”

He added – “We are doing everything possible to avoid problems. Samsung Electronics has held meetings with Taiwanese chipmakers to conclude reciprocally this year and next. The company is safe for this year. “

Although worried about the lack of semiconductors, Han Zhongxi confirmed that Samsung’s 146-inch micro LED mass production line is now fully operational. Samsung confirmed that this wall-mounted TV will be added to 110-, 70- and 80-inch models later this year. 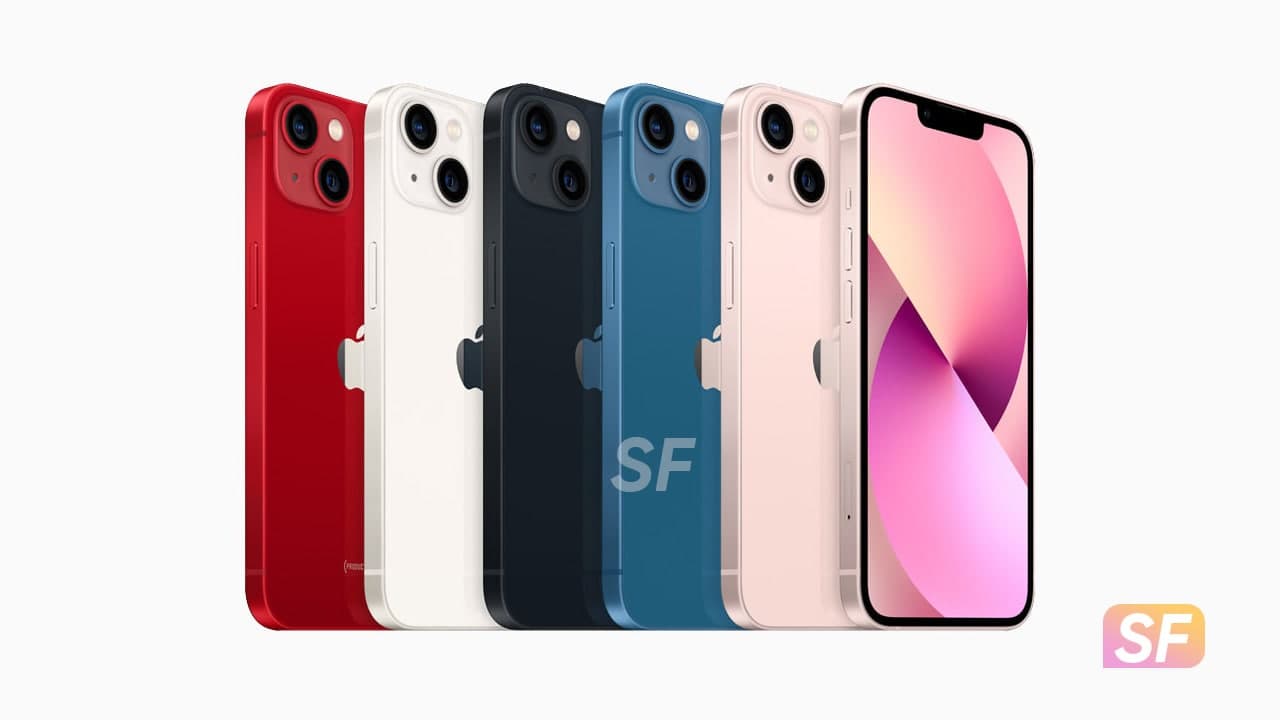 Samsung Display saw its smartphone OLED panel shipment increase 24.6% quarter-to-quarter during the third quarter thanks to the launch of the iPhone 13. The South Korean company that makes display panels sent 124.76 million units of panels in the third quarter, reports Korean media TheElec.

According to the report, the total exports, about 62.63 million units or 50.2%, were medium-sized OLED tablets to low-end smartphones. The foldable OLED panels used for Samsung Electronics and Apple iPhones accounted for 46.6% of the total third-party panel maker or 58.2 million units.

Samsung Display delivered 3.93 million units of OLED panels per quarter, or 3.2% of total shipments. All were used by Samsung Electronics, and the folding OLED panels of the Glass Z Flip 3 were twice as large as those provided by the Galaxy Z Fold 3. 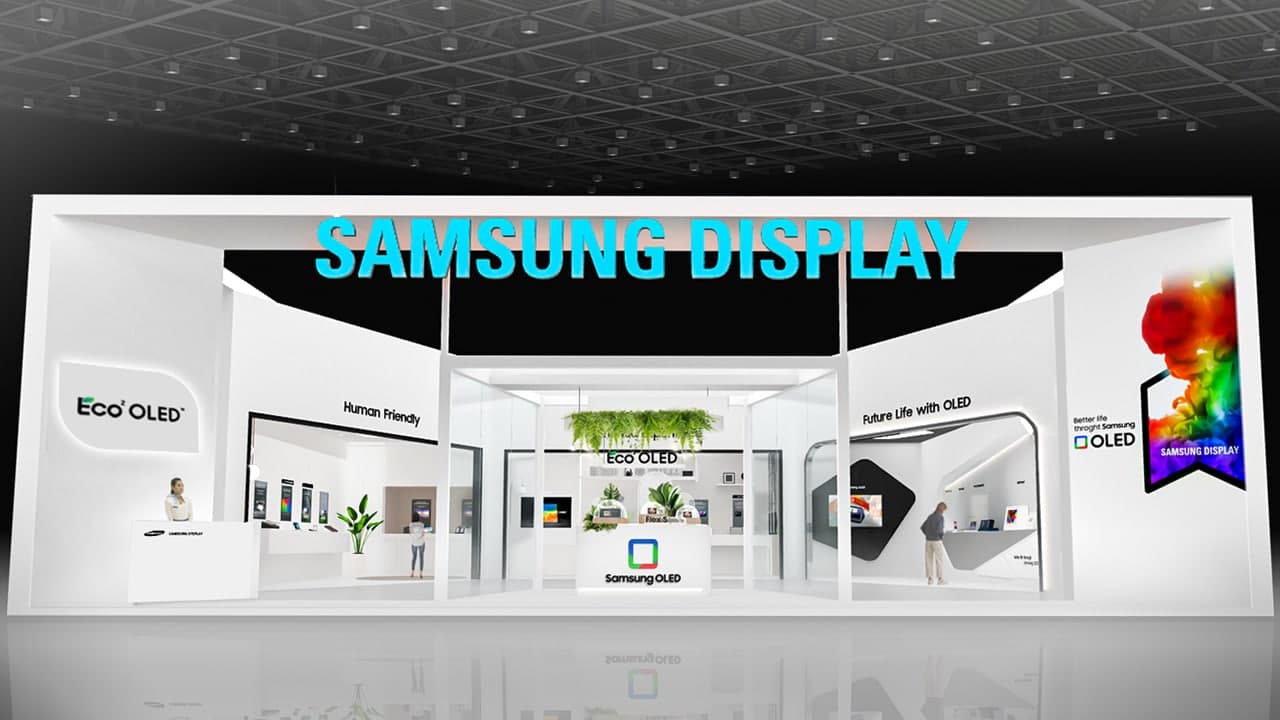 With Samsung Display’s foldable OLED panel deployment, 39.31 million units were made for Apple. This doubled the offer given to Cupertino in the third quarter of 2020. 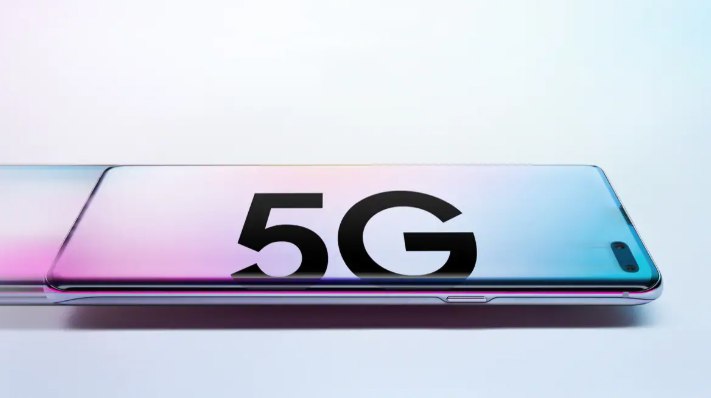 Recently, one of the top market research organizations, Strategy Analytics released its 5G smartphone sales report for the third quarter of 2021. The report reveals that the Chinese smartphone accounted for approximately 42 percent of 5G smartphone deployments in Central and Eastern Europe, at an annual growth rate of 5,700 percent. 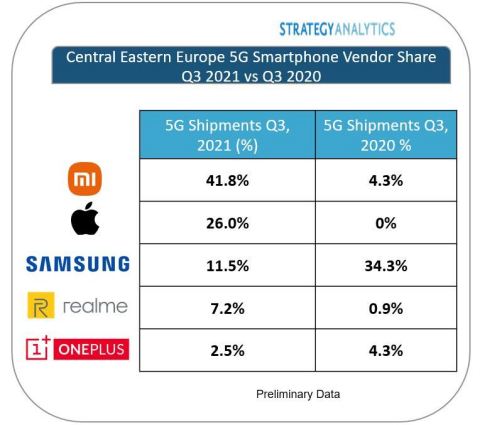 Xiaomi is expected to continue to lead the Eastern and Eastern European region for the full year of 2021 and continue to be the leader in 5G smartphone deployment by 2022, ”said Yiwen Wu, Senior Analyst at Strategy Analytics. “Xiaomi is making a profit in the absence of Huawei, as well as its high-end portfolio of 5G smartphones such as the Redmi Note 9T 5G and Mi 11 5G. 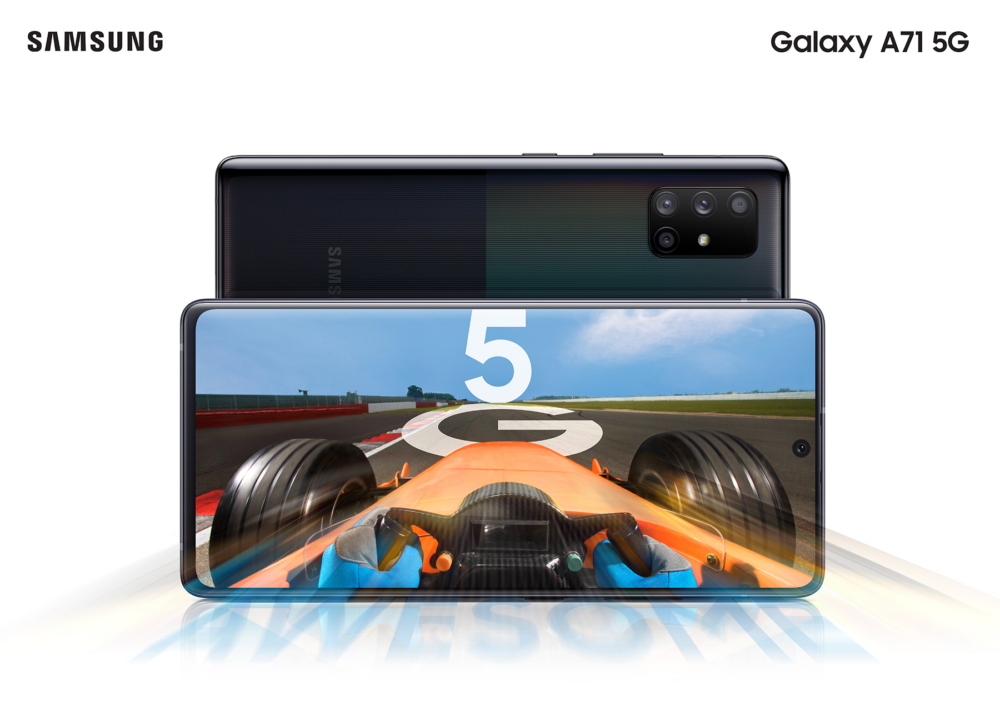 Apple is second in the 5G smartphone market in Q3 2021 in the Central and Eastern European region, with only a third of its 5G smartphones supply. Apple will expect a solid 4th quarter with its iPhone 13 list, but higher prices will limit their access to the region.

Realme and OnePlus have combined the top 5 5G smartphone retailers in Eastern and Eastern Europe with a share of 7.2% and 2.5% for 5G smartphone deployments respectively. When Realme gained a foothold last year, it was Xiaomi who took over most of the smartphone shipments, as Apple took a quarter of the market. 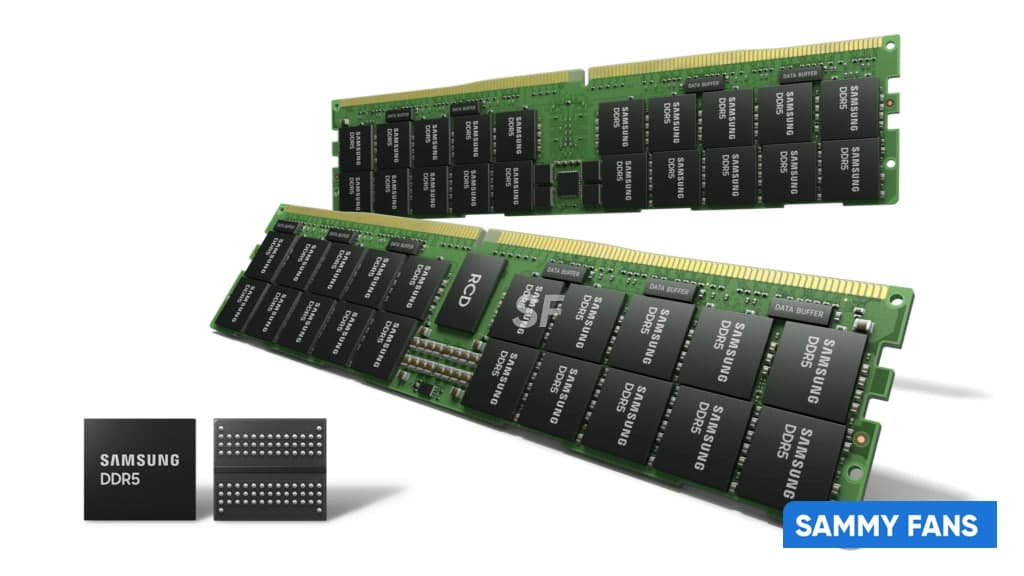 Following the launch of EUV DRAM’s first industrial company in March last year, Samsung has upgraded the number of EUV layers to five to deliver today’s most advanced, highly developed DRAM process with its DDR5 solutions.

As DRAM continues to reduce the range by 10nm, EUV technology is becoming increasingly important to improve the accuracy of high-performance measurements and high yields.

By using five EUV layers in its 14nm DRAM, Samsung has achieved enormous size while developing a complete product by about 20%. In addition, the 14nm process can help reduce power consumption by about 20% compared to the previous generation DRAM node.

Using the latest DDR5 rating, Samsung’s 14nm DRAM will help unlock unprecedented speeds of up to 7.2 gigabits per second (Gbps), which is twice the DDR4 speeds of up to 3.2Gbps.