Consumers suffer a major issue with the foldable smartphones when it comes to durability. However, Samsung developed various innovative flexible displays but the first-generation Galaxy Fold set a bad precedent because its screen was easily damaged.

Although the second-gen Galaxy Z Fold 2 features an upgraded screen than the original Galaxy Fold, it isn’t still durable to stay unaffected by external damages. Meanwhile, it looks like things could be changed as Samsung could bring significant changes with its next foldable device.

Moving on, the South Korean tech giant seems to intend to make this happen again in its third-generation folding phones as it has applied for various trademarks all over the world for coatings, layers, and “armor” of mobile phone frames. Therefore, one of them is the “Armor Frame”, which is specially designed for mobile phone frames. 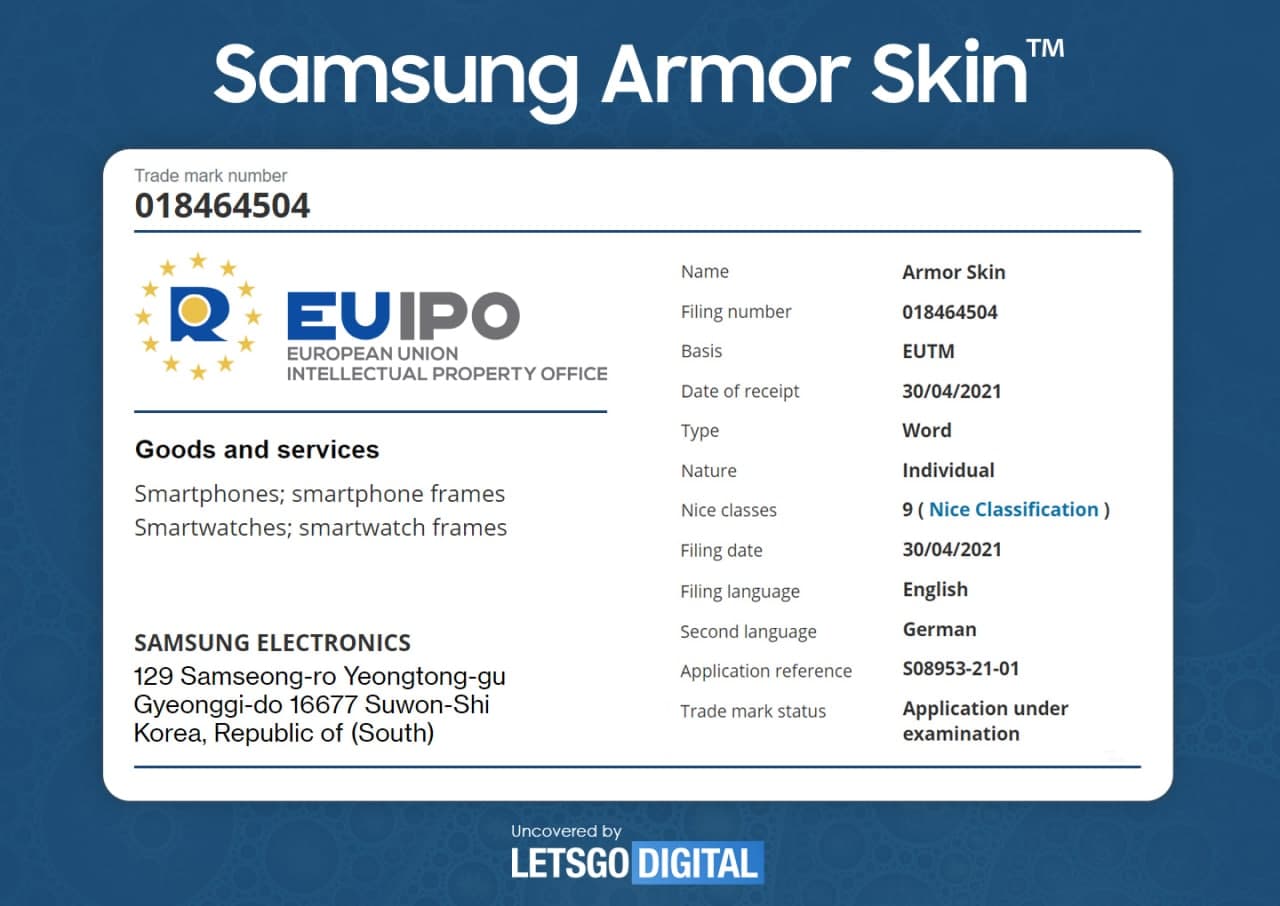 It is expected that the Armor Frame could have scratch resistance, while the Pro-Shield trademark sounds like a protective layer, which is similar to Apple’s Ceramic Shield. Moreover, Samsung has also applied for trademarks for Armor Skin and Armor Layer, courtesy of LetsGoDigital.

According to the info, the Armor Layer may be a protective layer for foldable screens, which could help Samsung to utilize the S-Pen stylus on folding phones without scratches. The report further suggests that the company has already launched its traditional Galaxy S series phones in January, while there is no Galaxy Note this year. 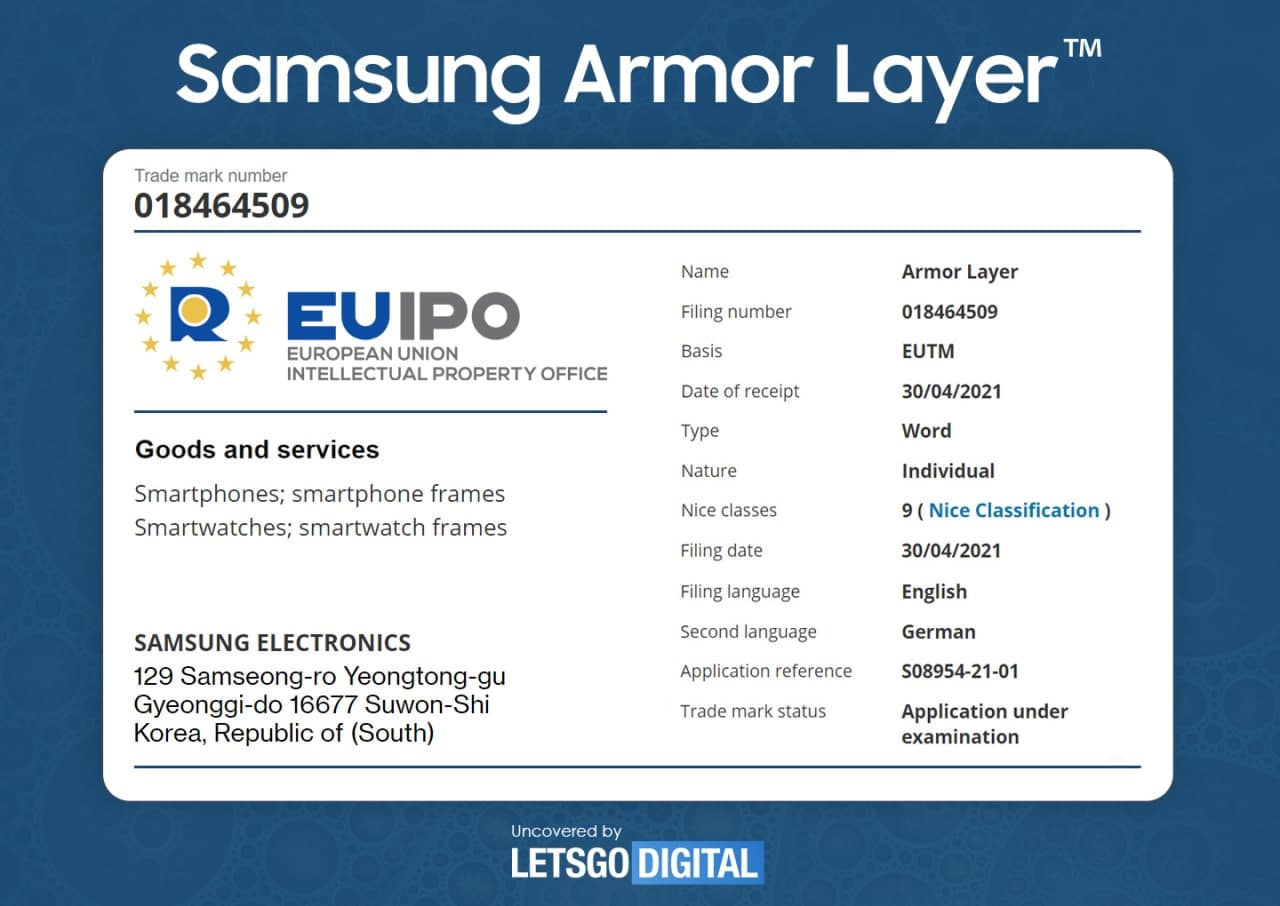 So these trademarks are likely to apply to Samsung’s upcoming foldable device, which could be launched somewhere in July or August this year. As of now, we suggest you take this information as a pinch of salt as the company has not yet officially revealed such information regarding the upcoming Galaxy Z Fold 3 and Galaxy Z Flip 2.

Aside from this, a Chinese tipster recently revealed that the Galaxy Z Fold 3 will be launched in July 2021. Furthermore, the same source claimed that it will feature an under-display camera, 120Hz LTPO display, 64MP triple rear camera system, 10MP selfie camera, Snapdragon 888, and more.