Samsung is preparing to launch a new variant of the Galaxy S20 FE 4G, which will be launched in select markets. Previously, this device has received NBTC certification that confirmed it is an LTE handset.

Now, as per the latest information, Wireless Power Consortium certification has approved the Galaxy S20 FE 4G model and published a certificate alongside its image on the website.

The listing suggests that it will support a maximum of 4.4-watt fast charging. Meanwhile, it is expected to feature a 25-watt wired fast charging as well. 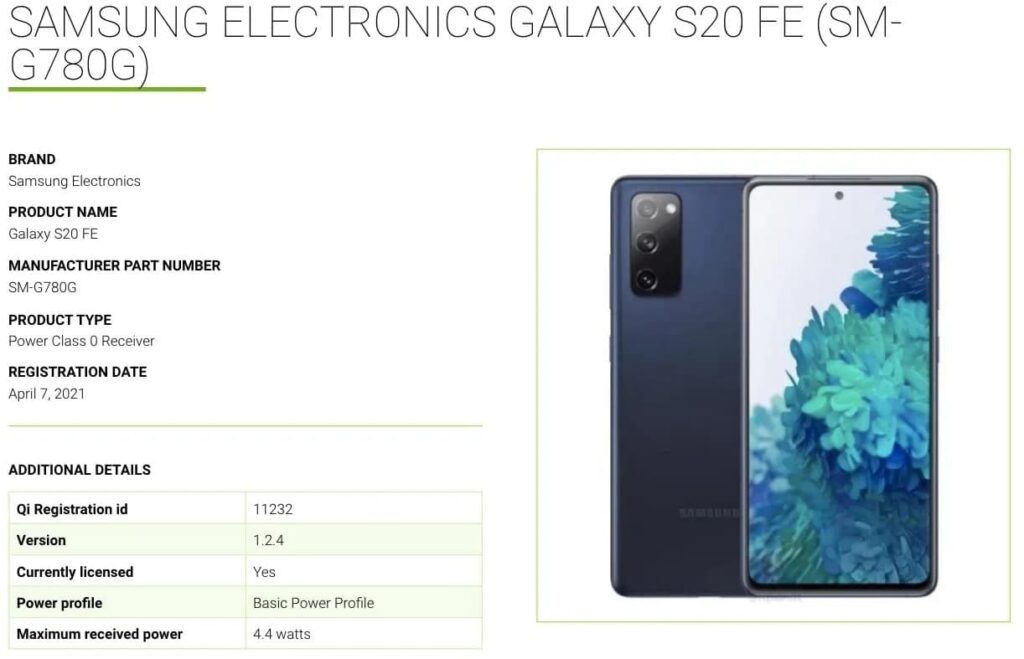 Aside from this, reports also suggested that Samsung is planning to stop producing the Exynos 990 powered Galaxy S20 FE variant and will replace it with Qualcomm Snapdragon 865+ variant.

On the other hand, the upcoming Galaxy S20 FE 4G has also visited the Wi-Fi Alliance (WFA) certification that was exposed its single and dual SIM capabilities.

As per the previous reports, the new Galaxy S20 FE is expected to sport a 6.5″ FHD+ Super AMOLED display with a 120Hz refresh rate. In terms of camera, it could feature a 12MP+12MP+8MP triple-camera setup, the same as the current variant.