Samsung has recently launched its two new A series smartphones – Galaxy A52 and Galaxy A72. Still, the company is working rapidly to introduce more new mid-range and budget phones within the first half of this year.

Recently, an alleged Google Play Console listing confirmed the existence of the Samsung Galaxy A Quantum 2 (a.k.a. Galaxy A82) alongside its front design with a punch-hole display. And we now have the live images of this upcoming smartphone alongside an official poster.

However, the Galaxy A80, the predecessor of Galaxy A82, equipped with a rotating pop-up camera setup. Meanwhile, the latest leak shows that Samsung is not in a mood to offer an innovative camera tech with this phone as it has an Infinity-O (a.k.a. punch-hole) display. 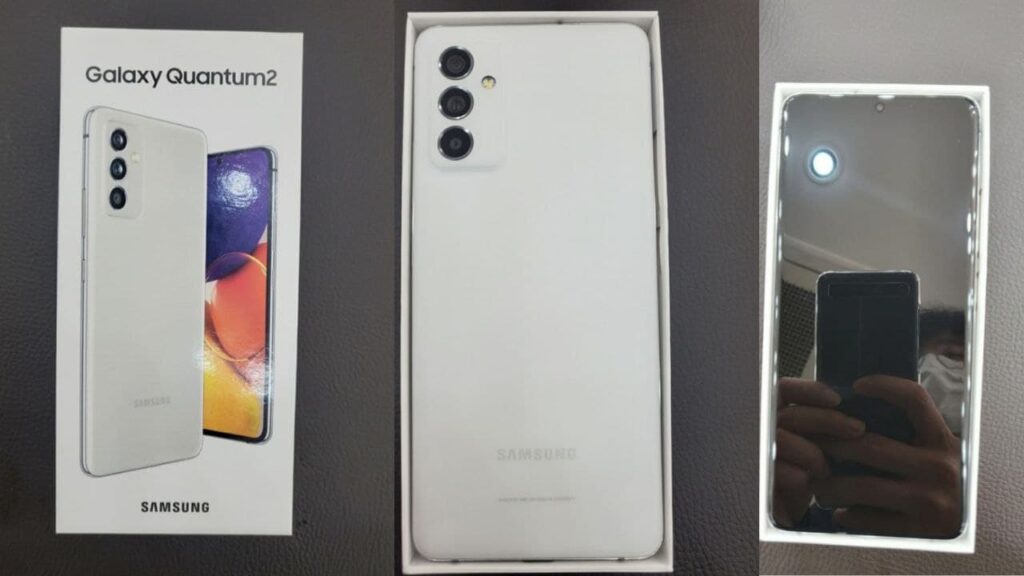 When it comes to back, it has a 64MP triple camera setup along with an LED flash. Moreover, the tipster also revealed that the Galaxy A Quantum 2 measures the same as the Galaxy S21+ in size. By the way, it looks like a premium phone, and if it will launch at a competitive price, then it can surely help the company to increase the market share. 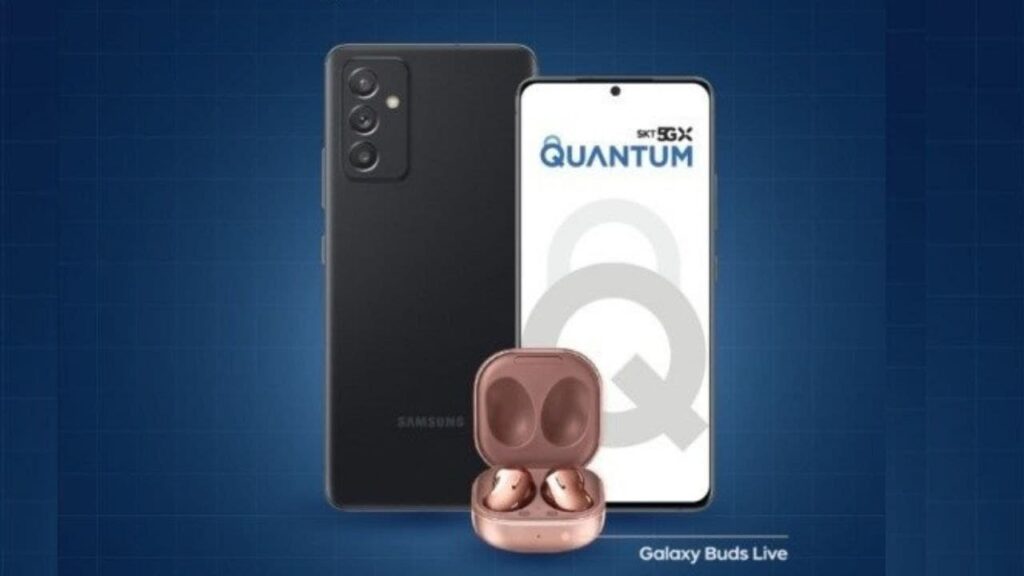 Samsung Galaxy A82 (A Quantum 2 Specs)

According to the same source, the Galaxy A Quantum 2 sports a 6.7″ sAMOLED display with a 120hz refresh rate. Under the hood, it is powered by Qualcomm’s Snapdragon 855+ processor supported by 8GB of RAM and 128GB of internal storage.

As reported previously, this new leak also suggests the Galaxy A82 has a 64MP primary camera lens with OIS functionality, which could be supplied by Sony. For long-lasting backup, it packs a 4500mAh battery that can be recharged with a 25W fast charger. Furthermore, the IP67 rating ensures its dust and water resistance.

However, Samsung has not yet announced anything officially about the Galaxy A82 or Galaxy A Quantum 2. Meanwhile, the report claims that it will be launched on April 23 in South Korea. We will keep you posted whenever any new information comes on this matter.