After the Galaxy Note 10 and Note 10+, Samsung started sending the April 2021 security update to the Galaxy Note 10 Lite smartphones. Identified via release number N770FXXU7EUC6, this update is initially rolling out in France and will soon be available widely.

Just recently, the Samsung Galaxy S21 series became the first to get the latest security improvements and now the older flagships are also begun joining the party with the April 2021 security update.

According to the latest information, the Galaxy Note 10 series is the latest to get a taste of the April 2021 security patch. As always, it’s an initial rollout so it will take some time to reach every Note 10 unit in several regions globally.

For now, the Note 10 lineup owners in Germany can identify this software update via release numbers: N970FXXU6FUCD and N975FXXU6FUCD for the Galaxy Note 10 and Note 10+ respectively.

Other than the new security improvements, this firmware doesn’t bring any additional features or system optimizations to the Galaxy Note 10 smartphones.

Aside from this, the Korean phone manufacturer has not yet published the April 2021’s security bulletin. We can expect it to be released next week or earlier.

Is Samsung wants to collapse Google with software updates?

For the previous six months, Samsung is continuously releasing new security updates ahead of the stock Android. It shows how the company is growing its software development terms and working to lessen its dependency on Google’s testing terms for Android OS. 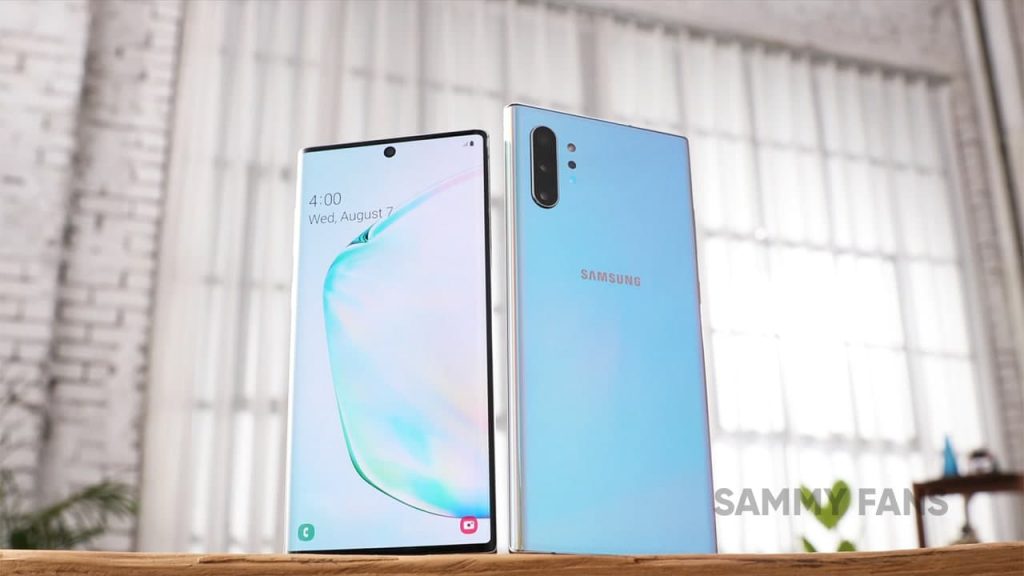