Samsung has recently confirmed to launch two new budget-friendly smartphones – Galaxy F02s and Galaxy F12. These phones are already scheduled to be unveiled in India on April 5. Along with this, some key specs of the F02s and F12 also published on Flipkart’s landing page.

Ahead of their official launch, one of these upcoming models has recently spotted on a popular benchmark site, Geekbench, which revealed the Galaxy F12 is going to become a rebranded version of the previously launched Galaxy M12.

According to the Geekbench database, the upcoming Galaxy F12 has a model number SM-F127G and powered by Exynos 850 processor that is clocked @1.80GHz and coupled with 4GB of RAM. Moreover, it secured 154 points in the single-core test and 969 points in the multi-core test of Geekbench 5. 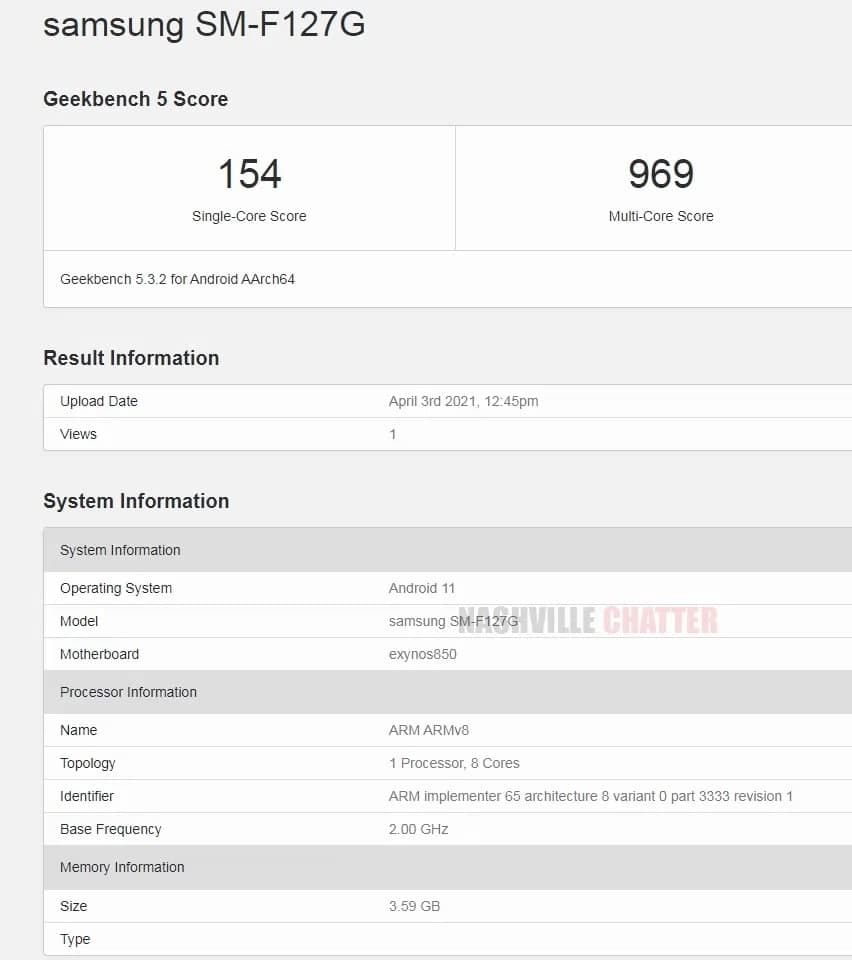 Recently, Flipkart’s landing page revealed that the Galaxy F12 equipped with a 6.5-inch Infinity-V display with HD+ resolution and a 90Hz refresh rate.

The Galaxy F12 has a quad rear camera setup including a 48MP Samsung GM2 main camera. Moreover, it also has a side-mounted fingerprint sensor, speaker grille at the bottom side, USB Type-C port, and 3.5mm headphone jack