Compared to previous generations, the upcoming SSD doesn’t include the EVO suffix. Besides, it is also unconfirmed whether there will be a 980 EVO product line or not. Moreover, German e-commerce companies have already exposed the pricing information of the Samsung 980 solid-state hard drive ahead of its official launch. 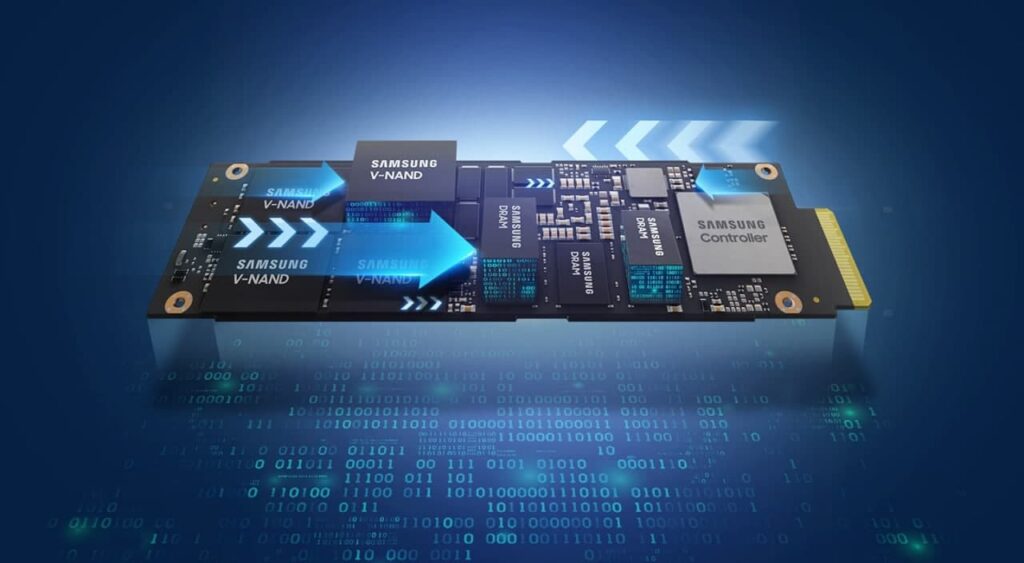 According to the info, the 980 series products provide a total of 250GB, 500GB, and 1TB capacity options. This SSD is made with 136-layer V-NAND TLC flash memory particles that support the NVMe 1.4 protocol having the SLC simulation cache acceleration function. The drives of this series offer a sequential read speed of 3500MB/s, write speed of 3000MB/s, a 4KN QD32 random read rate of 500,000 IOPS, and a 4KB QD1 random write rate of 480,000 IOPS.

A few things to be noted that Samsung 980 series SSD supports AES 256-bit, TCG/Opal IEEE 1667 encryption, and the difference from previous products is that there is no onboard independent DRAM cache. Still, the Korean tech giant has not revealed this upcoming product while the reports suggest that the 250G version of the 980 series may be priced around $85, 500GB is priced at around $110, and 1TB is priced at nearly $180.